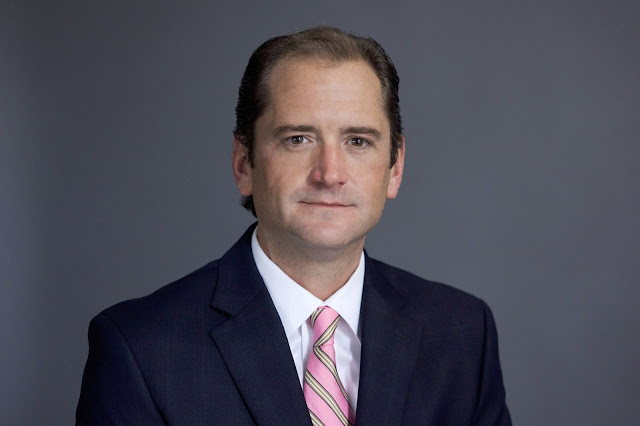 I photographed Ross for his work. We should all have good "work" portraits.
In many cases they are the first impression we make with future clients.

As I cruise the web I look at the avatars on LinkedIn and Facebook. When I'm researching an industry I pay careful attention to the way corporate officers are portrayed on company websites and collateral. In many cases, when the copy screams at me, "We're hip and modern and of the moment!" the portraits are screaming at me, "Oh my God, this company is trapped in the 1970's." Or, at best, the 1980's.

I looked at a site recently and you could tell the eye and hand of a competent designer paid attention to the front page graphics and the trendy, hipster-inflected selling images but you could also tell that he or she was not invited to the corporate officers' portrait sessions. From the look of some of the images you could conjecture that the young designer wasn't born at the time of the shutter click.

Other sites, which are there to attract the attention of other businesses (B to B), are so casual with their photographs that one has to wonder whether or not they just rounded up the current executive leadership team's driver's licenses and had a go at the color Zerox machines.

Corporations spend big bucks  commissioning ad agencies to create a look and feel for their companies. Part of making "look and feel" work is consistency in application. And you can see it in every aspect of most Fortune 500 companies...except when it comes to portraits. At some point perhaps the key staff must have been exhausted from making sure their underlings followed the style books when creating order forms or overseeing advertising. Whatever the excuse you consistently find a hodge podge of images. Some look like classic 1950's portraits with august and sonorous poses and techniques that came from the Eisenhower years. The portrait right next to that might have been taken of its victim at a party with a Polaroid camera. Maybe an SX-70. Then a sprinkling of front lit iPhone attempts followed by a few party candids and a shot that some executive has been dragging from job to job since the Bee Gees were hot.

Hundreds of thousands of dollars spent by corporations to put their best foot forward and to make a good first impression (and that's just the website) meanly sabotaged by the rankest photography. It's enough to make my eyes bleed.

So, here are my rules for companies:

1. Your images should be consistent from person to person. All the executives should look like they are playing on the same team.

2. Colored backgrounds are tough to pull off. Stick with white or some shade of gray. Neutral goes out of style slower than almost everything else.

3. You'll usually only get busy execs to play ball with you once in a full moon. Don't do amazingly tricky and trendy lighting because when it gets like old fish or older cheese you'll wish you'd been a little less......of the moment.

4. We're all done with haloed spots behind people's heads. Yes, I know. I'm as guilty as anyone else but it needs to stop for about a generation.

5. I make it a rule to never mix flora and fauna. A houseplant or fern doesn't say, "In Charge!" any more than it says, "How cool and innovative." An portrait in front of landscaping might work for senior portrait but the disconnection between nature and people who spend all day, every day in offices or going to and from interior location is.....to jarring, unnatural and anachronistic.

6. Since you are going for a consistent look it might be a really good idea to ask the subjects to do likewise. You don't want one guy in a nice suit next to the guy in the Hawaiian shirt anymore than you want the woman in the gypsy shawl next to the woman in a black suit.

7. When you are photographing these people remember point #3. They don't do this very often. That means they are self conscious. Give them time to settle in and for Goodness sake, throw everyone else out of the room so they don't say things and make faces and generally goad your subject into grinning like a stupid monkey. Or even a smart monkey.

8. Don't let executives see everything you shot. It's a variant of Murphy's law that most people will pick the worst thing you show them. Edit down to the top ten or five or three. Pretend that nothing else came out. Just don't ever fall for the demand to show them EVERYTHING. Believe me, they'll pick you apart and leave you questioning your competence.

9. If you can't get to everyone who will be in the brochure or on the website it's usually because the unattainable ones live in another city. Convince the company to send you there. Convince them that continuity is gold. Or golden. Or necessary. It's your sell, you figure it out.

(But in these days of micro budgets and small visions don't think they'll always go for it.....)

10.  If there are people in other cities who need to be photographed do this: Make careful diagrams of your lighting set up. Seriously, measure the distances from the subjects and heights of  lights and the distance to the background and the exact color name of the background and help the client come to the conclusion that they should instruct all the other photographers in all the other cities to follow your lead exactly. Then you and your client will have a fighting chance at coming up with something that will return value and stand the test of time.