Shooting your own feet. A choppy day of photographing, driving and reading bad novels. 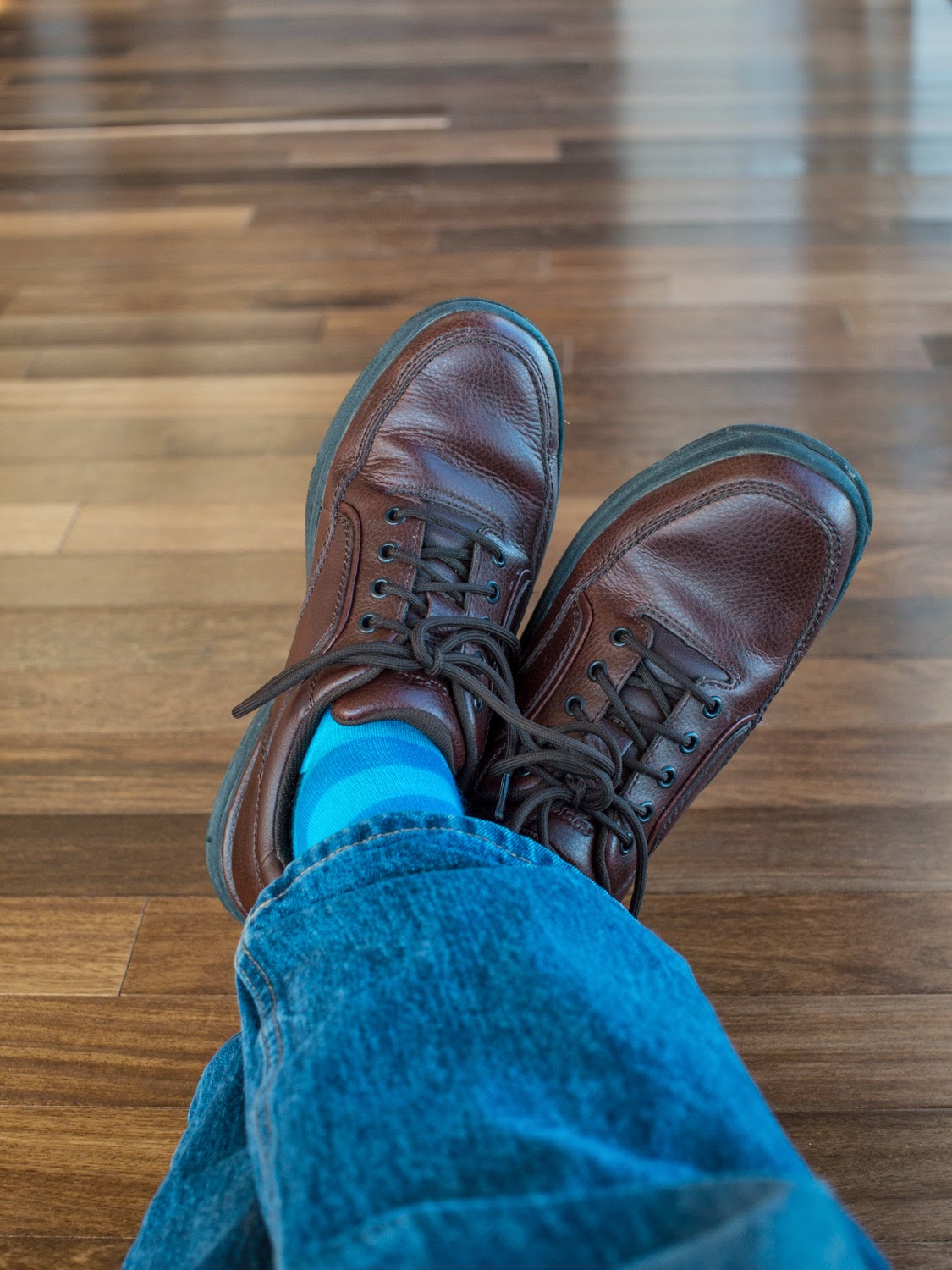 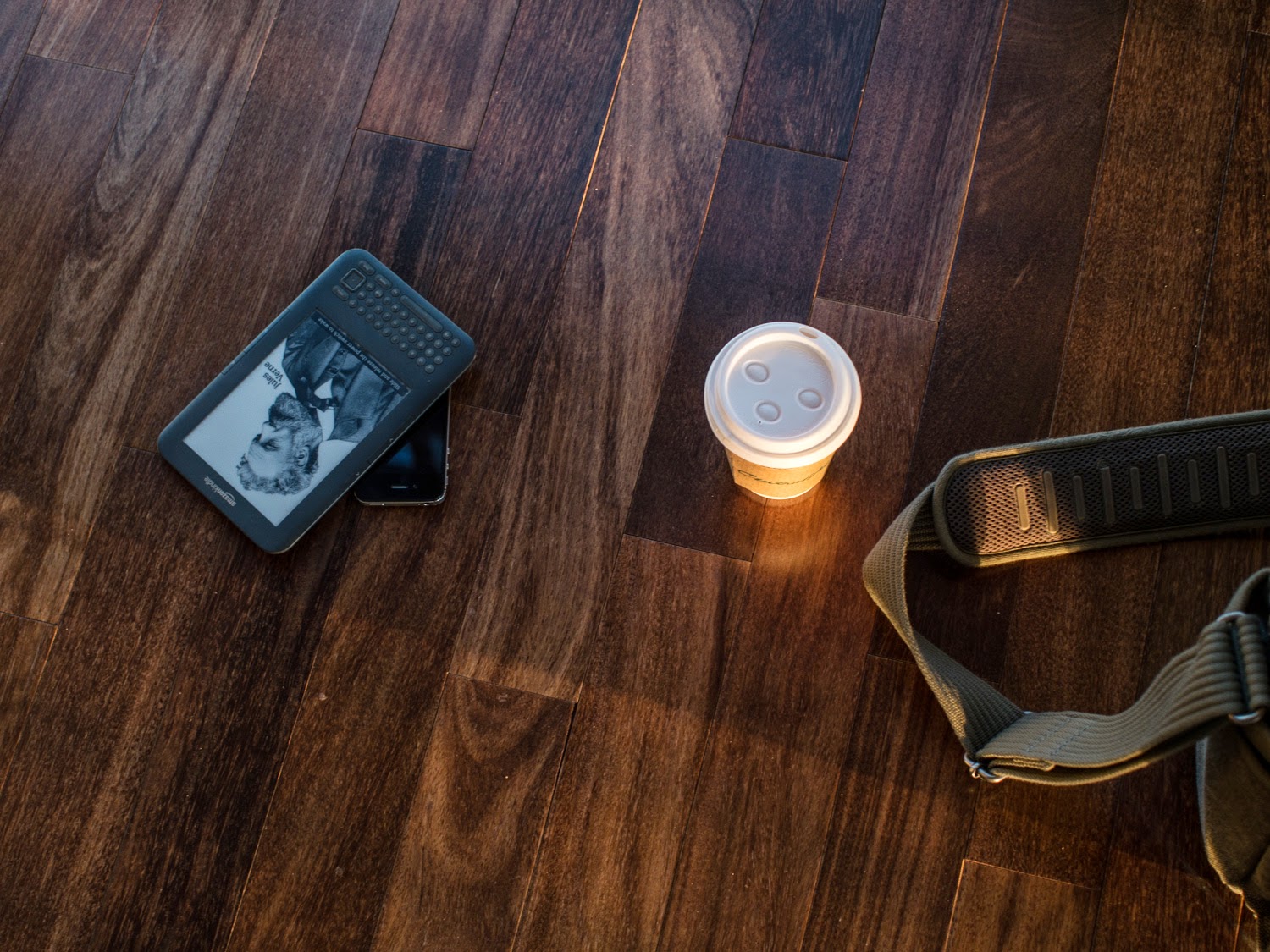 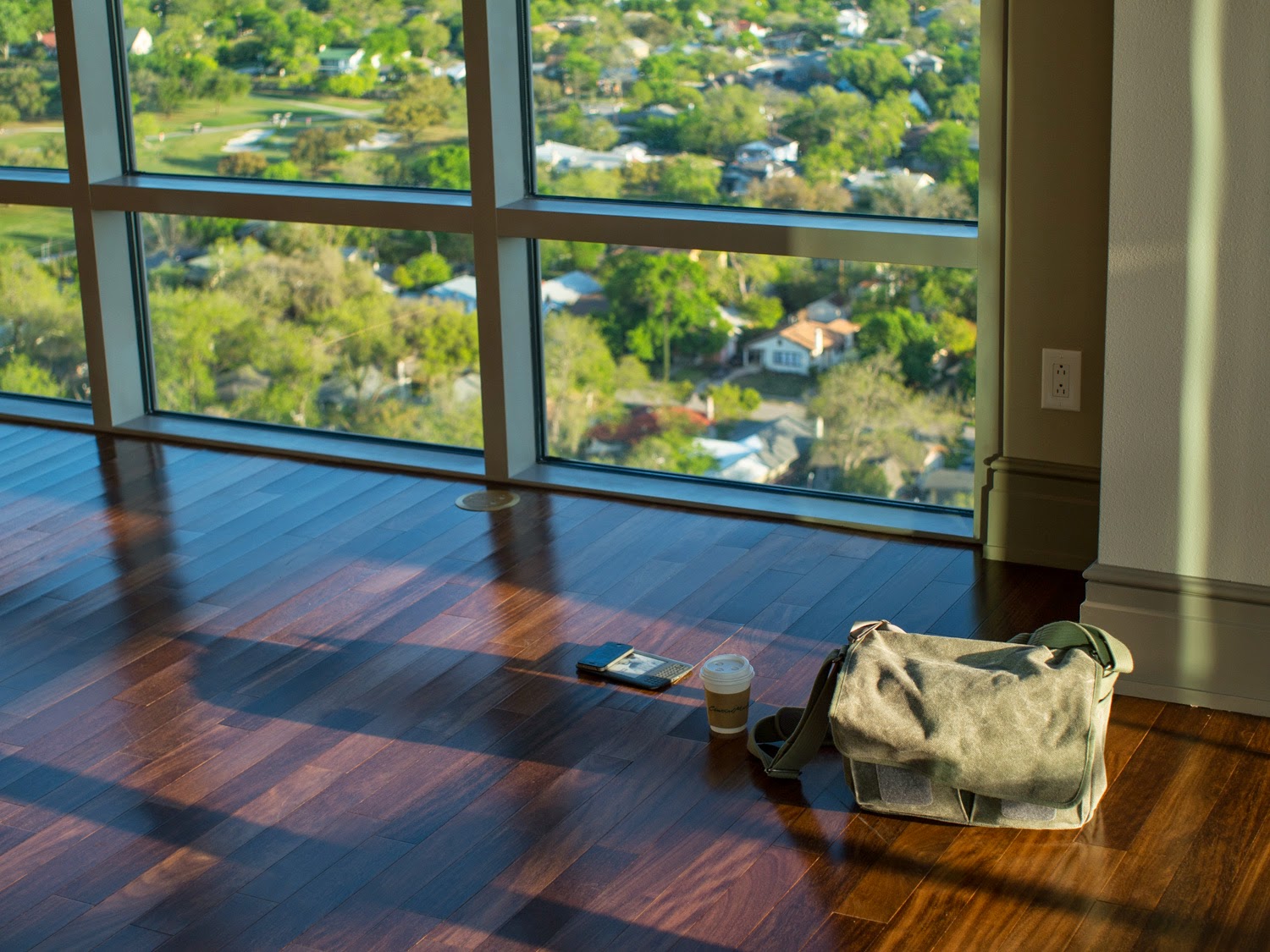 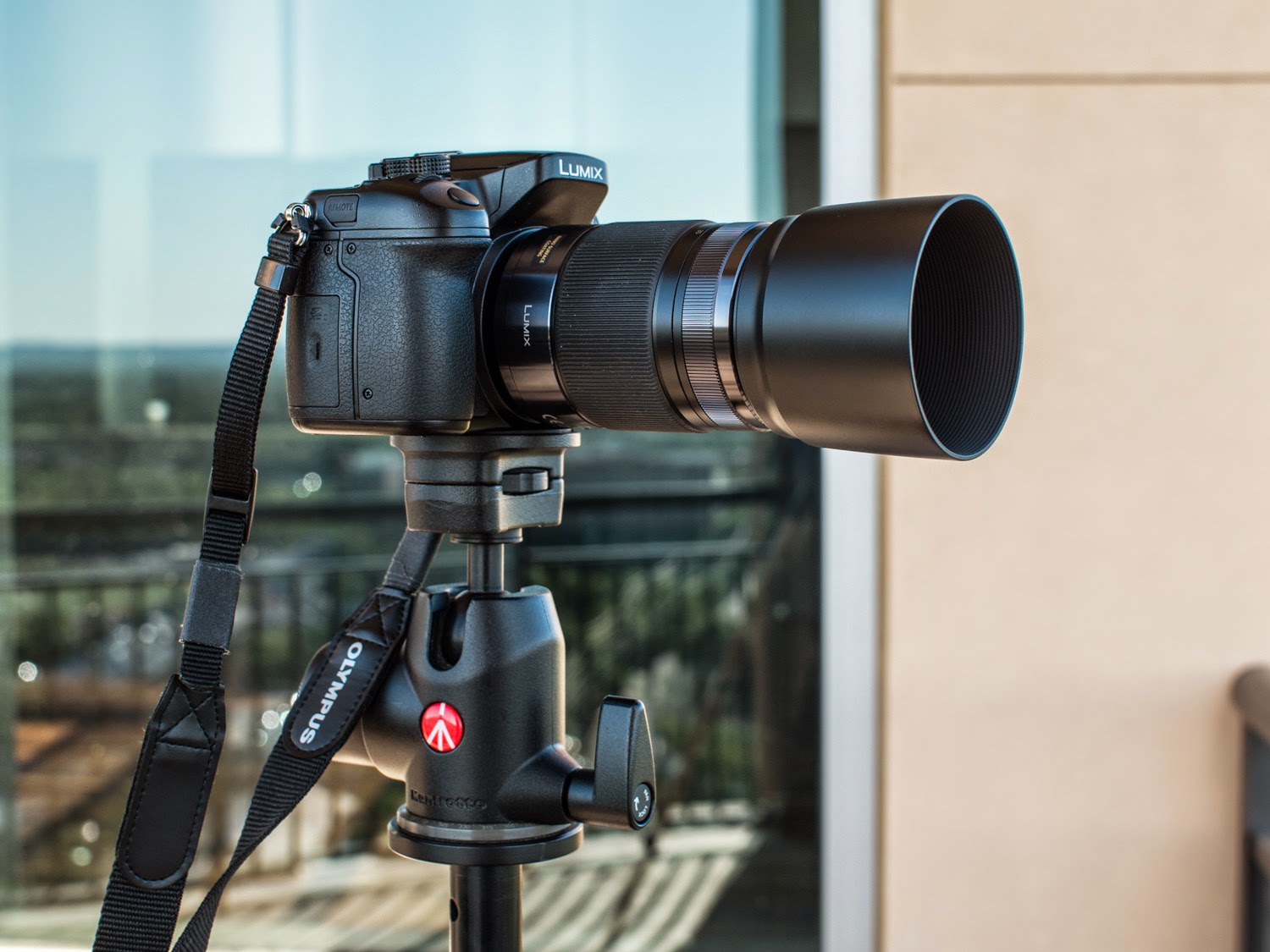 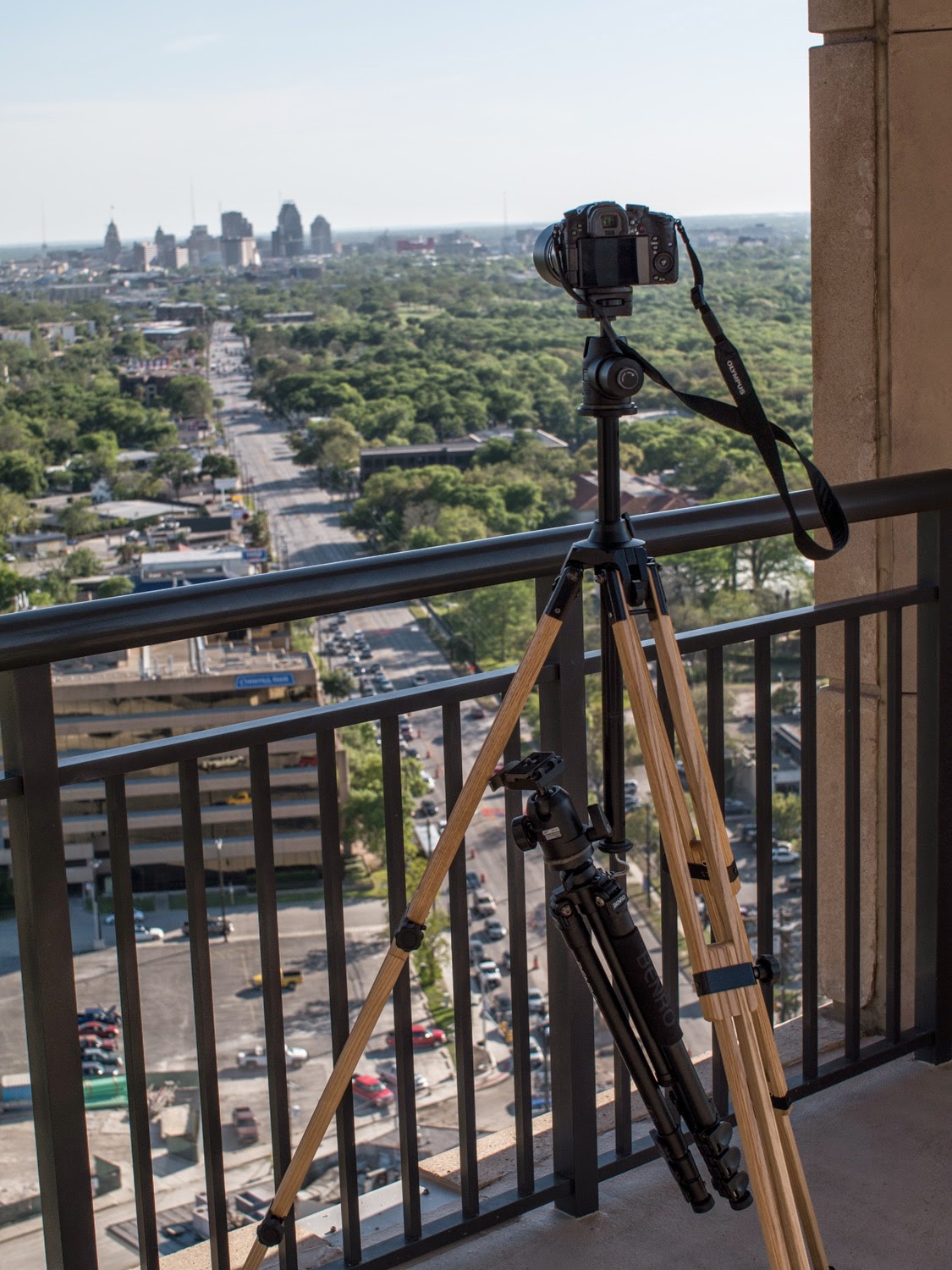 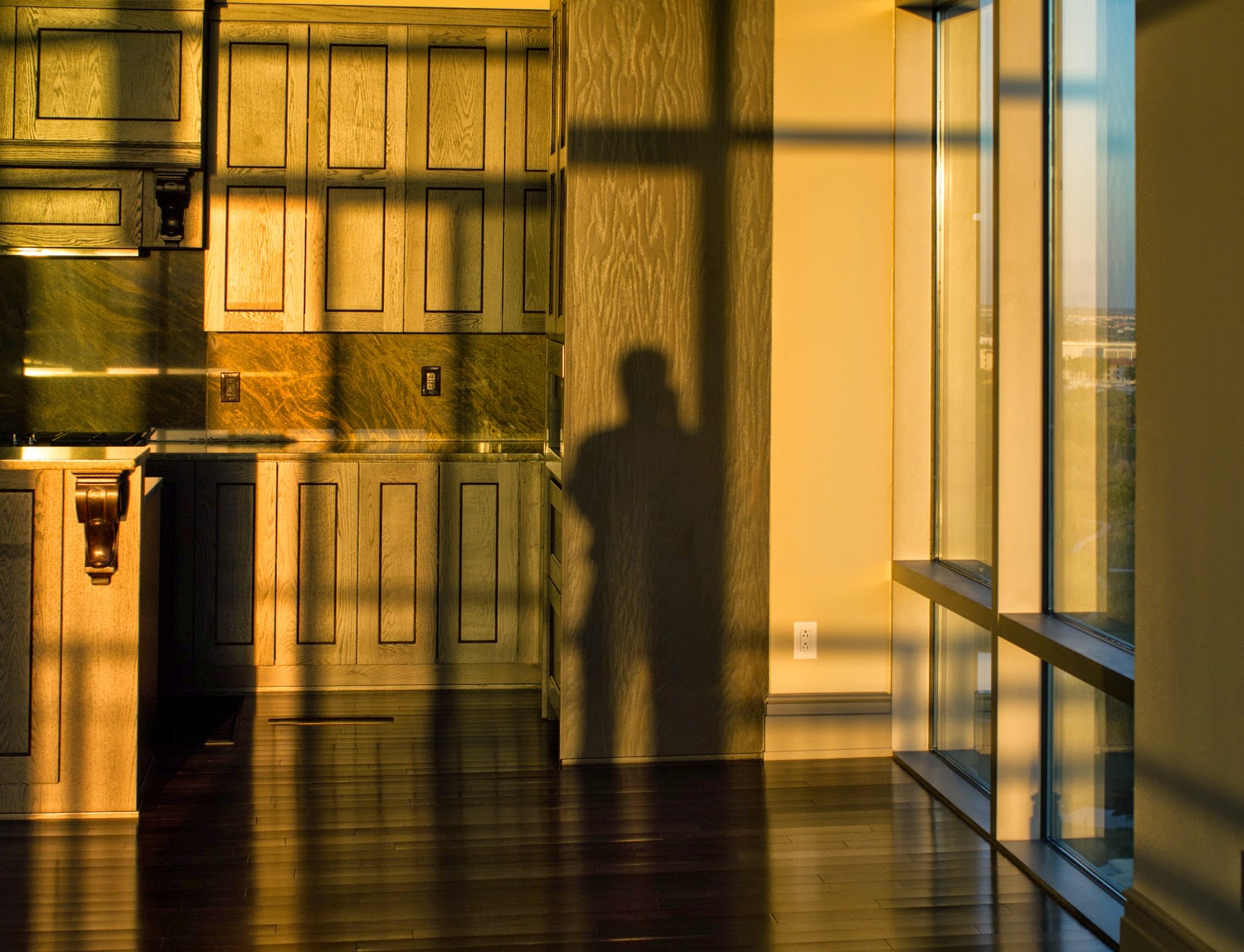 All of the images above were done during the course of an assignment yesterday in San Antonio. It was a long day. I started it by driving Ben to the Austin airport at 5:30 in the morning. I am not really a morning person. At least not when morning is defined by darkness (and sleep deprivation...).

My next stop was to an architectural firm where I needed to photograph some people whose schedules precluded them from attended our day long session several weeks ago. It was fun and the very first professional use (by me) of the new Panasonic 35-100mm f2.8 lens on the GH3. It's a magnificent portrait lens and I was very, very happy with the performance of both camera and lens. While the GH3, and Panasonic cameras in general, sometimes get knocks for creating files that are less saturated, snappy and giddy than some competitors I can tell you that, from a portraitist's point of view, they are wonderful files to work with and go a long way toward handling sneaky highlights.

The shadows were nice and open as well. Maybe it's the lens but subsequent shooting with the Sigma 60mm makes me think there's something most people are overlooking in this camera in their race toward bigger, better and more modern.

After making portraits of three different architects I packed up, headed back to the studio and post processed and edited the take. Then I hoped back into the car and headed up to Precision Camera where I purchased a brand new Sigma 30mm f2.8 lens. Look, I was blown away with the performance of the Sigma 60mm lens on the Panasonic GH3, how could I not want to try my luck again with the 30mm ? And while I was there I picked up another, smaller Benro tripod that's small enough to fit inside my roller bag (lesson learned from a recent shooting trip in Chicago and Minneapolis).

I came back to the house to change out of my studio cleaning, running around, Austin hippy clothes, take a shower and put on something more presentable for my trip to San Antonio. We needed to photograph in the public areas of a very, very posh downtown, high rise, condominium project and I decided I needed to be more urbanely presentable than is generally required in Austin. For the most part that just means shoes that aren't scuffed or covered with paint and an unstained shirt with a collar, all buttons intact and no wrinkles...

I packed a different collection of lighting gear (which I did not need) and added a Panasonic G6 to my Think Tank Retrospective camera bag. Then I played with the Studio Dog for half an hour, left her some interesting hidden treats around the house to find and headed for the shining metropolis of San Antonio.

My primary objective, driven by a friendly ad agency, was to get a nice skyline shot of San Antonio at twilight. That's always a hard assignment because we have no control over atmospheric conditions, general haze, etc. But I was ready to give it the old college try.

My secondary objectives were to make a group shot of the marketing team for the project in one of the majestic "great rooms" at the project. I also needed to do one environmental portrait and also a "two shot" of a successful sales team.

The room came pre-lit with a wall full of floor to ceiling windows that faced South and picked up all the afternoon light, giving me a diffuse, glowing light source with which to work. The huge pile of lighting I lugged in stayed in the cases.

The various marketing shots needed to happen quickly to satisfy some scheduling parameters on the client side. With that in mind I set up a main shot which would have a group of four to six. I tested and composed the shot in a general way while everyone was in a meeting. With that location nailed down I left the primary camera, a GH3 with the 12-35mm Panasonic lens, on a tripod and moved over to find a secondary location that would work for one and then two people.

Once I found a background I liked and a corresponding big window/wall of light I set up a second camera (the Panasonic G6 ) added the 90mm Sigma lens and got that shot zero'd in. About twenty minutes later our group arrived and ten minutes after than I was dragging the cart with all the lighting gear back to the car. Oh well, better to be prepared....

The final shot of the day would be the twilight shot and that wasn't going to happen for several more hours. I knew this from the outset and I prepared by finding the closest good coffee supplier and then I came back and created a perch on the balcony of the 21st story penthouse apartment. Once I had the angles and crops figured out for my camera I curled up with a bad Vince Flynn novel and my coffee and mindlessly read mindless stuff. It was fun.

At one point the action and adventure in the book got boring so I walked around and shot silly details with the Sigma 30mm and the G6. I like them both. And I like my shoes with laces.