Another Project Just Now Published. A story about a collector and her home in Fredericksburg, Texas. 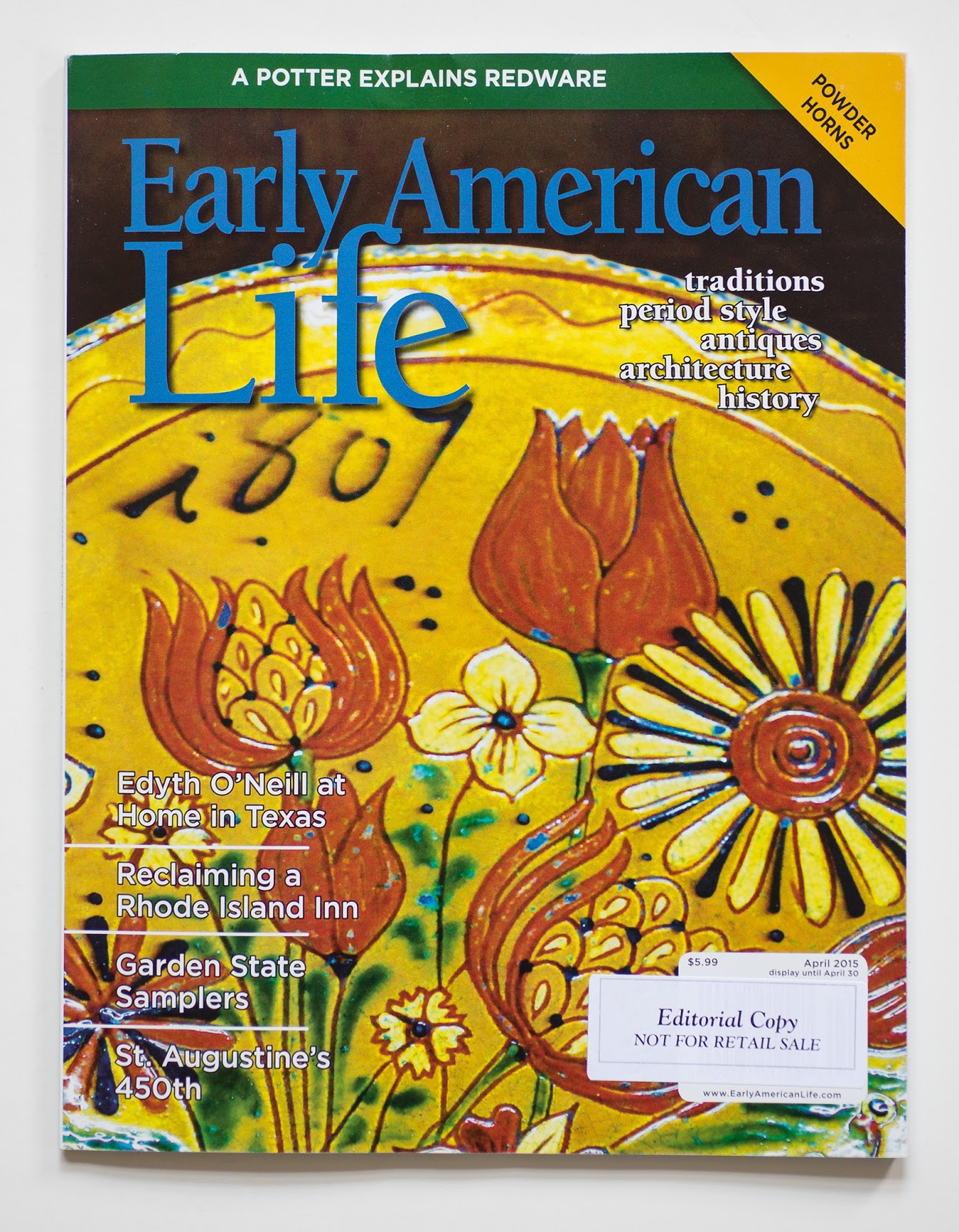 I first started working for Early American Life Magazine in 1981. I got a call that year from a very nice editor from Harrisburg, PA. She'd been referred to me by one of the people working in the art department at Texas Monthly Magazine. The EAL editor gave me the assignment to make images for their magazine all over central Texas, but mostly around Fredericksburg and Roundtop. It was my first major magazine assignment which entailed shooting 4x5 inch sheet film on locations. It was also my first marathon length shoot using big studio electronic flashes outside the studio. I was nervous but when I picked up the editor in my old Chevy pick-up truck at the Austin airport she assured me that everything would go well.

We had a blast, I got my first national magazine cover from that first assignment and came home with a fistful of beautiful 4x5 inch transparencies. I went on to do about a dozen more multiple day assignments for the magazine and scored three or four more cover shots. It was a good relationship and one that lasted for well over a decade and a half. Eventually the magazine was sold to a new owner, they moved to a new location and I resigned myself to the possibility that the new publisher and staff would have established relationships with photographers in Ohio, where they are now headquartered.

I was pleasantly surprised, after a number of years, to get a call and an assignment from them near the end of 2013, shooting images at a restored historic home outside of Fredericksburg, Texas. The assignment went well and led to another assignment last year to photograph the home and collections of antiques expert, Edyth O'Neill.

It was a warm day in late Spring when I packed up the Honda and headed an hour and a half west from Austin; back to Fredericksburg, Texas. I brought an assortment of lights which included a lot of small LED panels and I brought along two camera systems. The main system was the GH4 with assorted lenses and the second system was the Sony RX10 camera with its fixed zoom lens.

I started the morning with interior images, using the Sony RX10, and never shifted to the micro four thirds system. The combination of sharp focus at wider apertures and very clean files at ISO 100 were enough for me to get the images we needed. The combination of the variable color temperature LED panels and the wide depth of field and great optical performance of the Zeiss lens on the RX10 camera allowed me to move through the house and capture at least twenty five different angles/set-ups in the six hours I spent there. The EVF was very effective in giving me a clean view of what I was shooting in areas with high ambient light levels and the LCD was great for everything else.

Contrary to my usual practice I used the camera in the Jpeg mode and not the raw mode so I could make use of the sophisticated, built-in HDR system to bridge the gulf between high and low tonalities in a way that would provide a usable files for the magazine. While it may seem counter-intuitive to use this small sensor camera for a national magazine assignment it's really just what the doctor ordered for this kind of editorial work. The lens is superb and when the camera is used on a hefty tripod and you use continuous lighting judiciously, you get files with tons of detail (20 megapixels worth) and a nice, long tonal range. Couple those benefits with the wider depth of field provided by the smaller format and you can get away with things you would never be able to achieve easily with much bigger cameras.

The magazine used 16 of my images on five spreads and the reproduction throughout is very, very good. The client was very satisfied with the work and the files. When I got the magazine I went back to my archives and compared the images in the current publication with some done over twenty years ago on 4x5 inch sheet film. There are some differences but the lighting style is consistent and in print any quality differences are well nigh invisible. Fun to be able to compare how we did it then versus how I do it now...

If you are interested in early American life; the crafts, the furniture, the homes and so much more, you might want to look into Early American Life Magazine. The writing and research standards are very high and the geographic reach nicely diverse. It was fun to flex a different part of my photography brain. I found myself liking the challenges of architecture again. 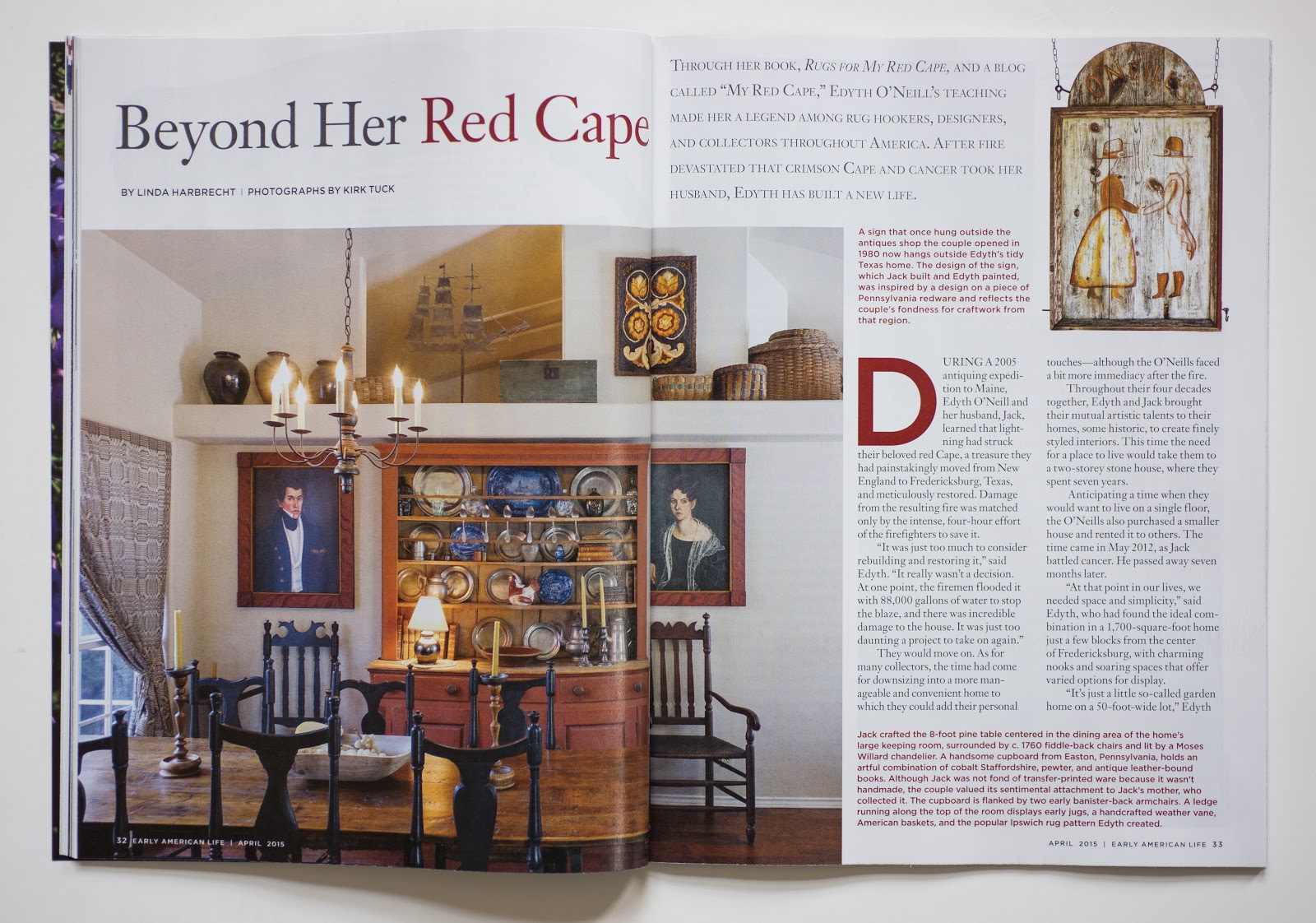 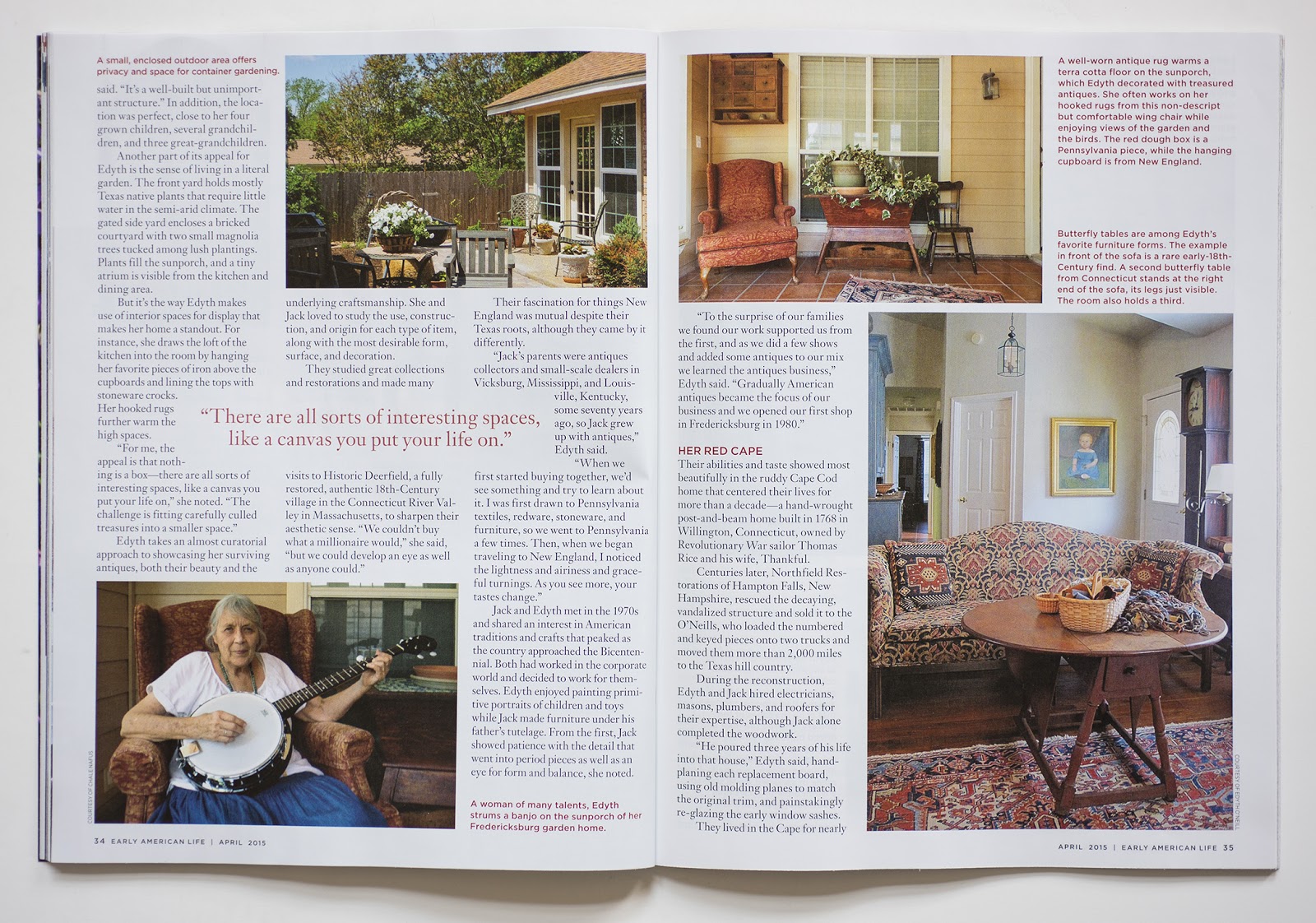 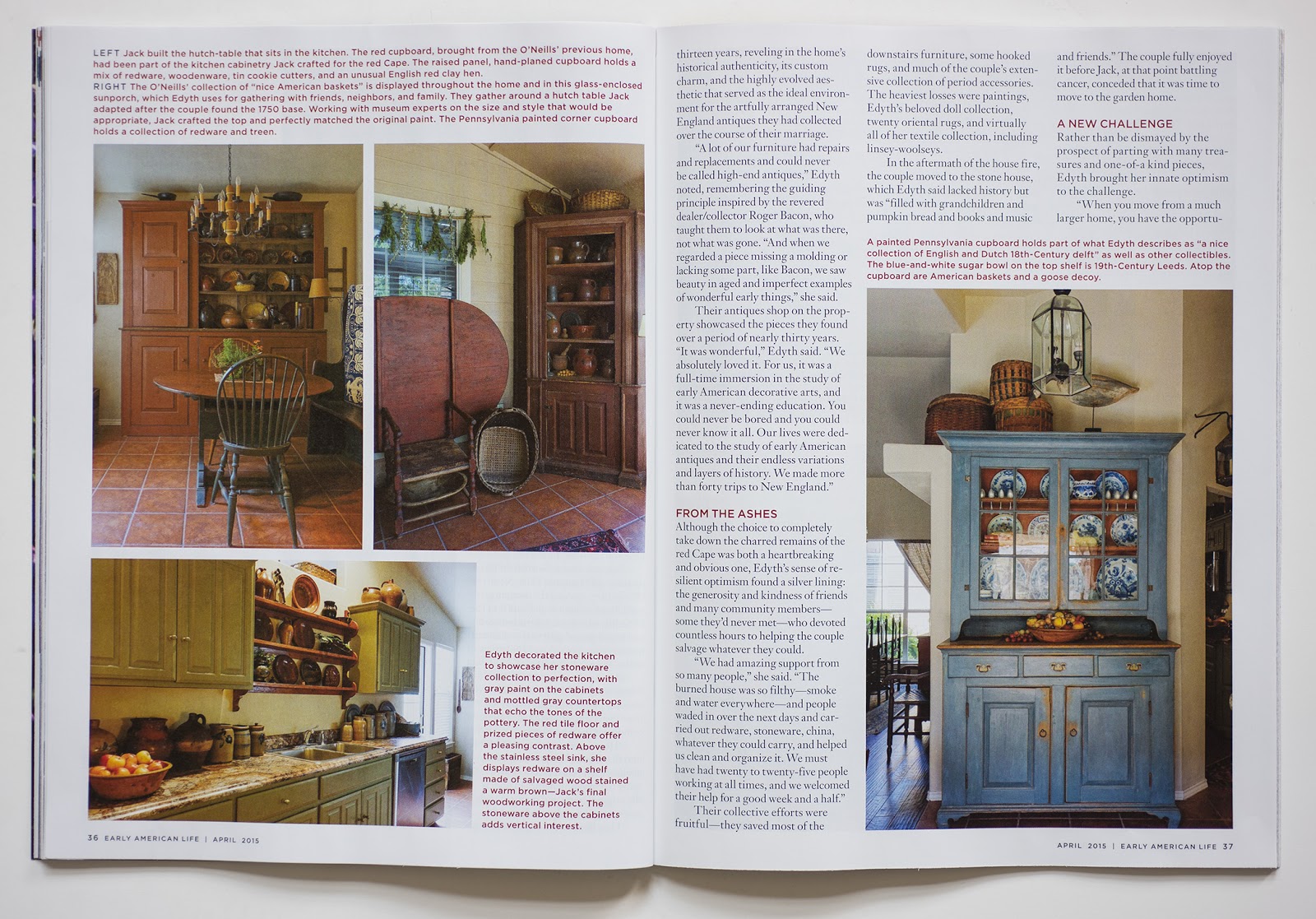 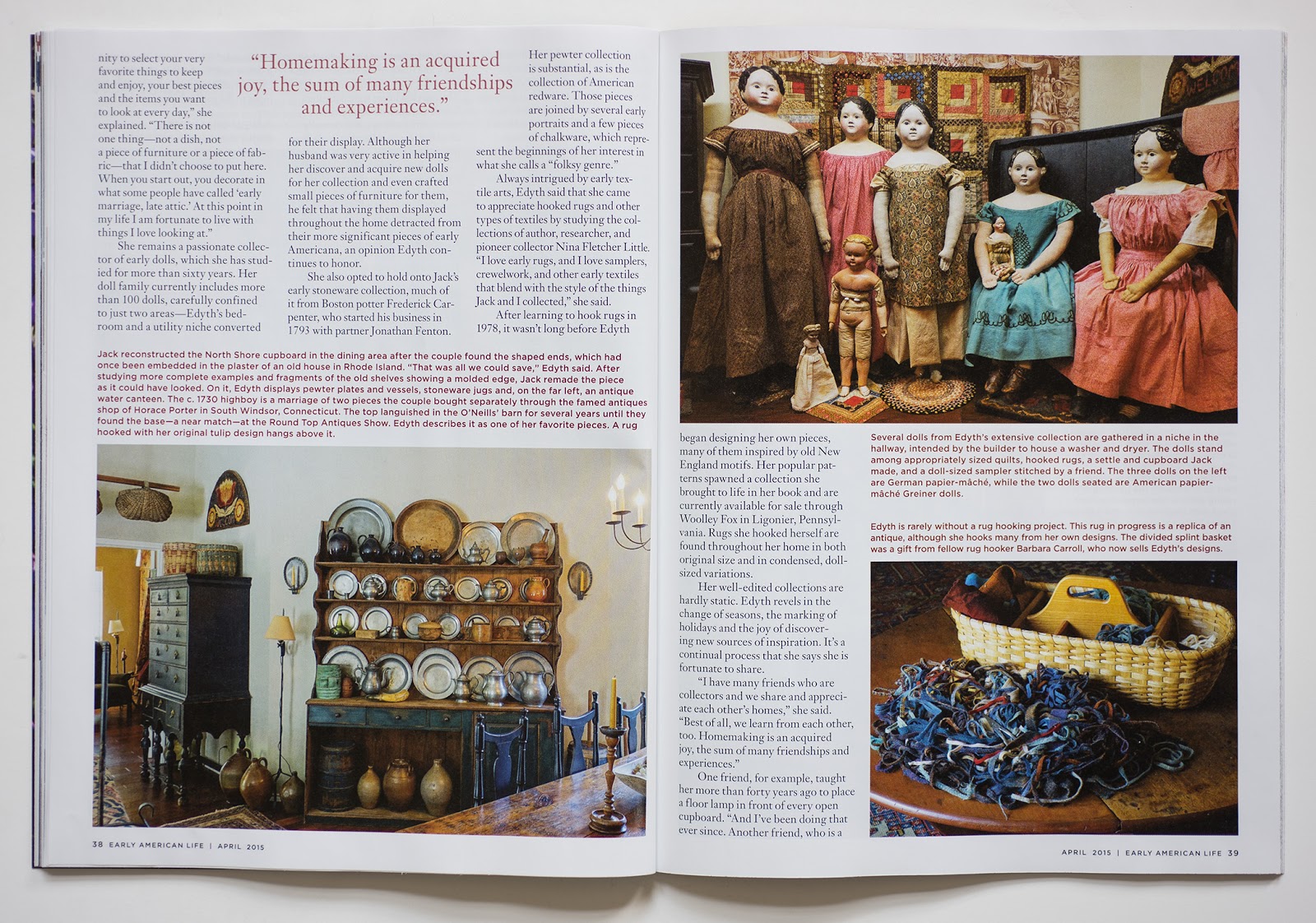 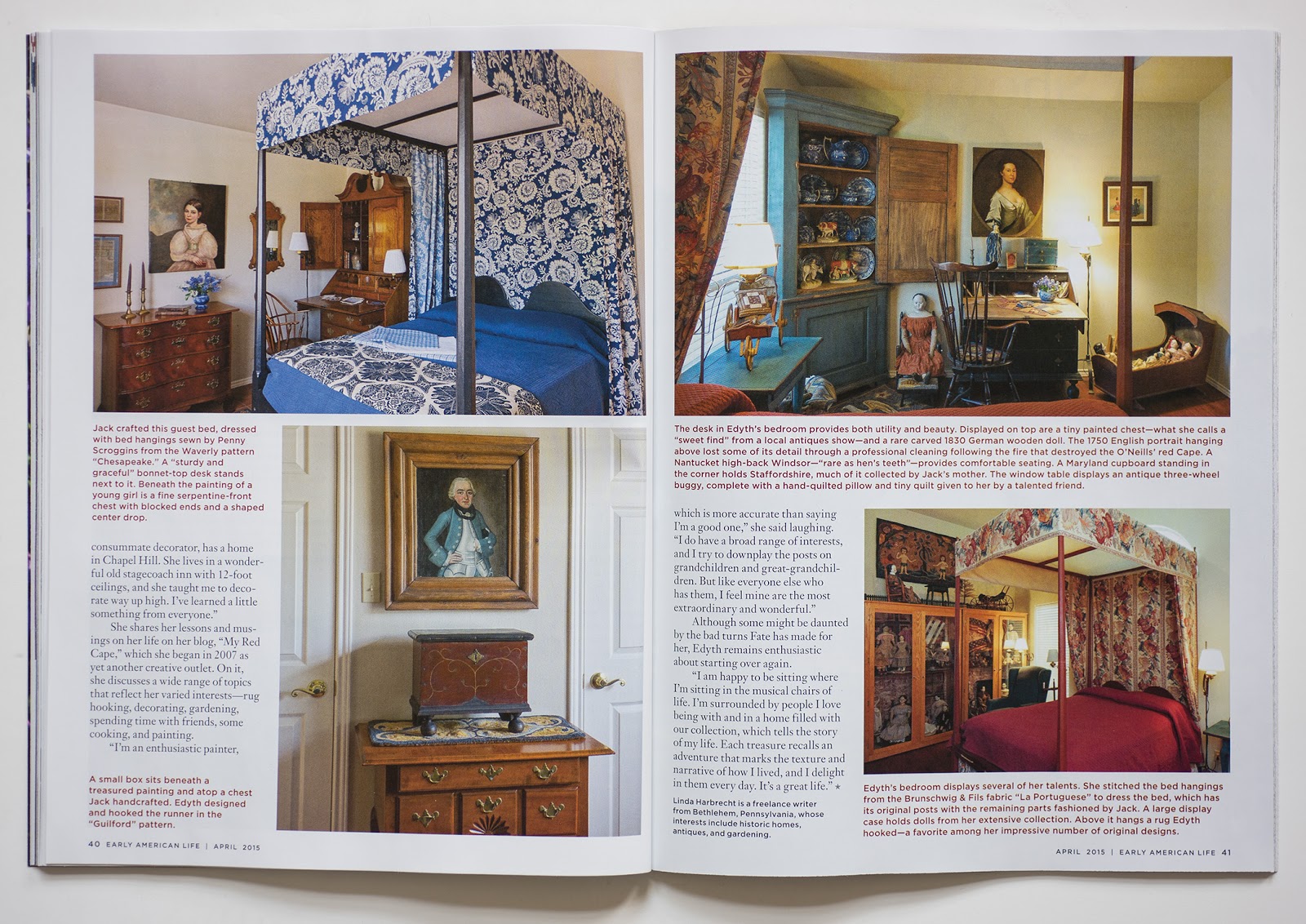 Here's a project that I shot just before the holidays. I did the images for the website producer.

ART MASTERS WEB SITE  I love to share work once the clients have gotten everything squared away and have publicly published the work. I shot the images for this site for my long time friend and continuing client, Lane Orsak, who owns Creative Marketing Consultants. (nearly every image on his site is also one of mine, which speaks volumes to customer loyalty. And makes me happy).

We spent one day shooting at the offices of Art Masters and my main job was to make people who don't spend any time in front of a camera feel safe and secure there as we pursued made images of them that would help illustrate their business.

I shot  with a Nikon D7100 camera and a little bag full of Nikon lenses. I lit almost every photograph but I tried to make every image look unlit; natural. All the additional lighting (in conjunction with fluorescent ceiling fixtures) was provided by Fotodiox battery powered LED panels. I used four of the smaller 312AS panels and one 508AS panel. The big panel had two layers of 1/8th plus green filtration on the front to effectively match the unfiltered color of the other four panels. All the panels lasted for every set up over the course of six hours without the need to change batteries, which makes them a very efficient lighting tool because it obviates the need to run cables or nurse them along too much. The 312AS lights are small enough to allow me to just balance them on the top of a bookshelf or on the floor, if need be.

Working with a professional like Lane makes shoots very straightforward and productive. He had a list of images in his head that he could share with me as we went along. Even though he knew what he needed he was very open to us just playing around with different angles, set ups and expressions to get the best material we could. He also has an eagle eye for details so he helped make shots better by un-wrinling stuff that shouldn't be wrinkled and removing background clutter that might confuse the viewer's eye.

We had a great time shooting the images and working with the clients. The post production on the images Lane selected was very straightforward. That's because we were careful to do custom white balances as we changed from scene to scene, and I metered carefully in manual mode as we shot.

We talk about doing the work here a lot. But this is typical of the day to day assignment that sustains the business and makes the job ultimately enjoyable. Gear is fun and good but a great client is priceless...

Everything about art is a process. In photography---even more so. 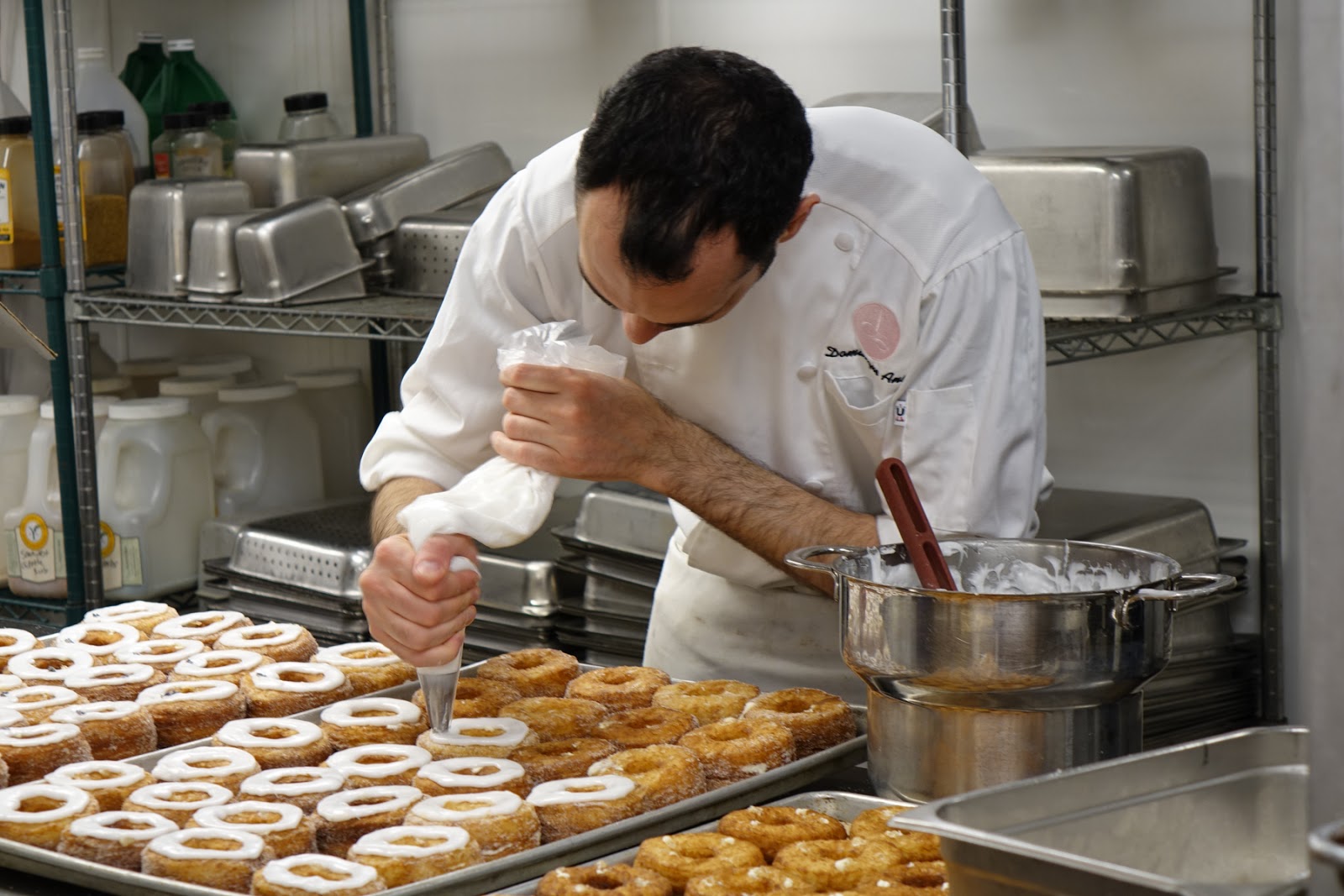 We spend time finding our subjects. We spend time figuring out what the composition should be, how to deal with the light, how and when to shoot. How to process. How to display or share. It's easy to let the process create its own roadmap for you. The nature of art is to fight against the comfort zone enough to make the images work.