My Book on LED Lighting. Published by Amherst Media. Enjoyed by photographers and videographers everywhere. Kindle or Paper. 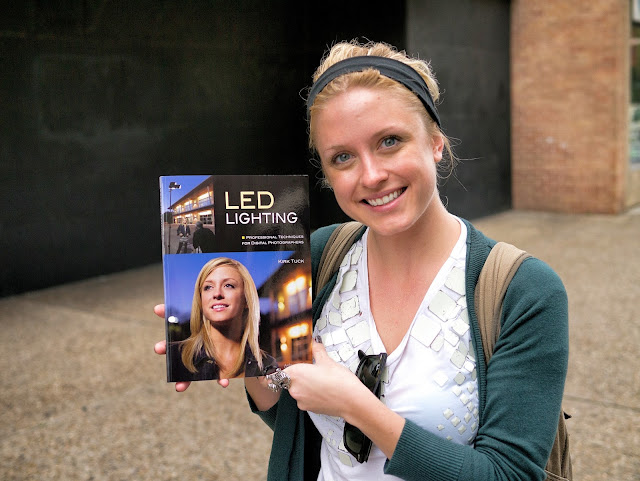 Jana shows off her cover portrait on Guadalupe St. in Austin, Texas

Posted by Kirk, Photographer/Writer at 18:32 3 comments:

Austin Summer. The remnants of good tacos. The bounty of the chili con queso bowl. And lots of hypnotic blue below. 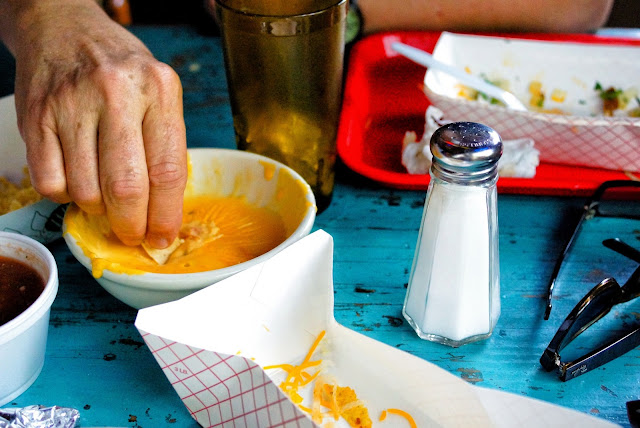 While I don't have a Zeiss Otus 50mm lens I'm going to bet that the 50mm f1.4 Sigma Art Lens will give it a good run for first place in the pantheon of lenses. 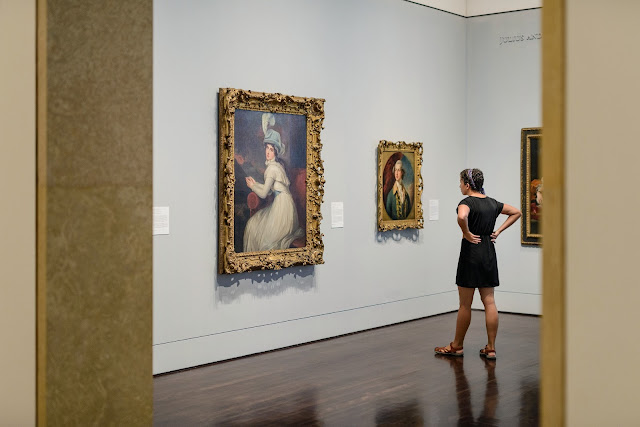 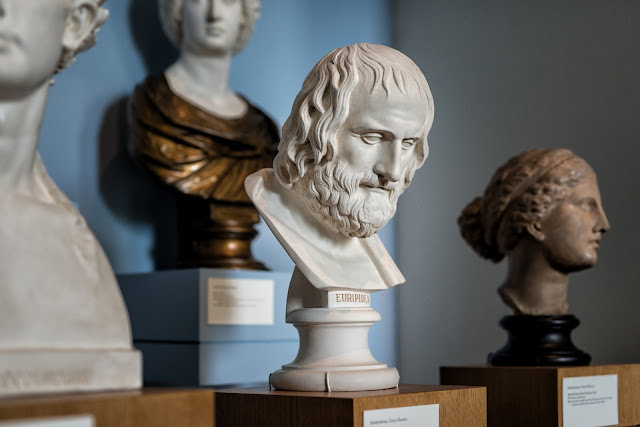 Both Lloyd Chambers and Ming Thein have been known to gush about the Zeiss Otus 50mm lens from time to time, and I have no doubt that it is a magnificent lens optically. Especially in the hands of a very careful worker who spends most of his time carefully making photographs with his camera on a stout tripod and with the mirror firmly locked up. But I'll venture to say that most people would be able to get within 5% of its capabilities, in the normal world, with the breathtakingly good (especially for the $$$) Sigma 50mm f1.4 Art lens. While the Zeiss might have a small advantage in terms of potential image quality the Sigma has it all over the Zeiss Otus when it comes to handling and general, daily use. Why? Well, the biggest thing is the fact that the Sigma is an autofocus camera in an age of autofocus cameras while the Otus depends on the mediocre focusing screens of the same cameras to achieve its highest levels of performance.

I get where they are coming from. We'd all the like the confidence boost of shooting with a known ultimate optic. If I had money to burn you know I'd have one right now and I'd be figuring out how to write future blog posts rationalizing both the cost and my passion for the Otus. But I know how these things work out for me and for most other photographers. We reason, during research and shopping period, that we'll be disciplined enough to always whip out that carbon fiber+titanium tripod for every single shot. We'll convince ourselves (after a good amount of frustration trying to focus through the optical finder) that we need to buy a Zacuto Loupe for the back screen of our Nikon D810 or Canon 5Dr so we can fine focus at high magnifications in live view. At this point we'll start passing on shooting living people because so few will put up with the plodding routine of the photographer getting ready to push the shutter button. Eventually we'll start cheating and come to depend on the green "focus confirmation" light in the finder and  then we'll get so frustrated by the vast number of front and back focused images we get when trying to use the lens wide open that we'll eventually just start shooting the darn thing at f5.6 in an attempt to cover the focusing errors.

After several months of shooting static stuff at f5.6 we'll start to wonder why we're carrying around $4,000 disguised as 2 pounds of glass and metal when a less expensive lens might be almost as good so we'll start testing lenses. We'll find that the f1.4 and f1.8 lenses from most cameras companies are really darn good when used at f5.6 and we'll start comparing images from the plastic fantastics to those made with the German Miracle at 200 % in a vain attempt to convince ourselves that there really is $3850 worth of difference between the two. Our egos will gain a respite while we go back and examine the wide open images we made, on a tripod, with the magnified focusing with the Otus lens. We'll comfort ourselves with the obvious evidence that the lens blows away anything from the big camera companies 50mm lenses when also used wide open.

At that juncture we'll grudgingly start listening to what all the other people on the web have been saying about the Sigma Art Series 50mm and we'll try one on a Nikon D810. It will focus perfectly at f1.4. We'll shoot all the stuff we've been shooting on the Otus with the Sigma for a more direct comparison. And then we'll relearn the term: Within the margin of error.

In exhaustion and resignation we will sell our Zeiss Otus to the next starry eyed perfectionist at a great loss and begin the process all over again. Rationalizing our expenditure on the Sigma lens over the camera maker's stuff. But in the end we'll really know what we've known all along: There might be incredible stuff out there but we'll end up dumbing it down because in the end we're lazy enough to believe that "good enough" is good enough. Especially if it doesn't cost us a fortune and actually works for the kind of images we enjoy taking.

I've owned plenty of Leica M and R 50mm lenses as well as the Zeiss 50mm ZF and many different brands of macro lenses. The Sigma is at least as good and wide open it's more than good enough for me. If you are a fast 50 shooter you should get one. They hit a sweet spot between poverty and performance.

Order one here and make me rich!

If you have to know that you own the best then step up and buy the Otus.

Posted by Kirk, Photographer/Writer at 16:00 9 comments: 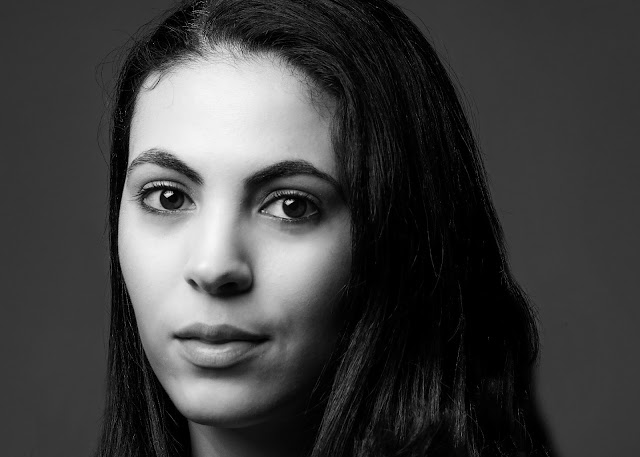 I like longer lenses for portraits. An 85mm on APS-C or a 135mm on full frame. It's all personal taste. 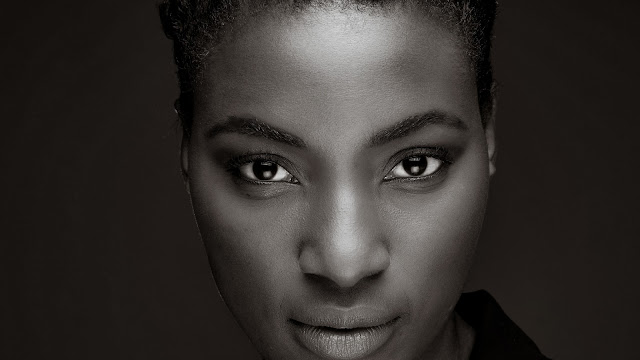 I've tried it lots of different ways and I always come back to using longer lenses for the portraits I like. There are always situations, like environmental portraits, where you might want to include more of the background but when shooting in the studio or making portraits for myself nothing beats the extra reach.