The lure of the Sony RX10.2. It's the opposite of full frame but that doesn't mean it lacks its own compelling sales pitch. 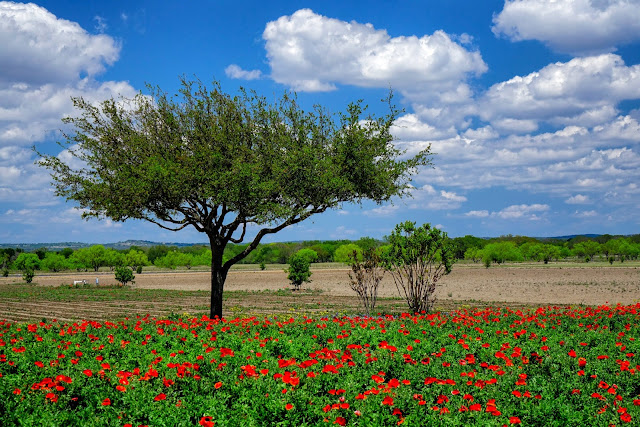 I shot the image just above on the way back from an assignment on a ranch, just outside of Fredericksburg, Texas, last year. I'd been hired by a "shelter" magazine to document the house of a collector whose specialty is early Americana. Her house was filled with art, furniture, and utensils that dated back to the earliest days of our country's massive European immigration.

I took other, statistically more capable cameras on the assignment and I only brought along the original Sony RX10 with me because it was still a novelty camera in my collection. I hadn't really put it through any sort of exhausting "break-in" ritual; but I was up to speed on the menus and settings, the features and foibles.

When I got to the house I'd be working in I noticed that the light coming through the windows was very good. Most frames just needed a nudge of additional light to open up shadows and clean up crossed color casts. For some capricious reason I put the RX10 on a tripod and lined up a shot on the rear screen. I shot it and it was pretty good. Then I clicked in the DRO settings that increase apparent dynamic range and the shot looked fantastic. At ISO 80 and 100 the shots were noise free and wonderfully saturated. While I intended to bring out the "big guns" and shoot the rest of the assignment with "real cameras" (meaning full frame or at least micro four thirds) when Iooked up from the screen, after the last of many, many shots, I realized that I had just completed my first full assignment with the smallest sensor camera in my inventory. And one with a fixed zoom lens at that.

I was a bit nervous as I drove back to Austin. I'd been shooting for this particular shelter magazine since 1981 and in the past I had delivered images to them on four by five inch, transparency film and then on Hasselblad, medium format color transparencies. Even as late as 2004 I was delivering large format (fueled by a short re-engagement with big film) before I regained my senses and realized the sheer time and film costs involved. To shoot this interior architectural assignment on a "bridge" camera seemed ---- one bridge too far.

I was ruminating about this when I spied the field of red flowers just off Highway 290, between Fredericksburg and Johnson City, Texas. I grabbed my baseball cap to keep the sun out of my eyes and I grabbed the little Sony and went out to grab a few fun shots. Over time, this has evolved to become one of my favorite central Texas landscape photographs. At least, one of the favorite images taken by me.

While I had other good adventures with the camera it was removed from inventory during one of the never ending purges in which I try to rationalize my equipment into smaller and smaller circles of confusion. Fewer menus, fewer options = less user error; that's the theory, at any rate.  When the smoke cleared this year I woke up one day with no small, play cameras. Just the serious big cameras and the serious smaller cameras. The two Nikon full frame cameras and the very professional Olympus EM5.2 cameras. I will say that a stripped down Olympus OMD camera can masquerade pretty effectively as a "fun" and whimsical camera but there is still something about the IDEA of having an all-in-one machine that can make great, high res images, kick out remarkably good video and do it all without me having to make a single lens choice. I get the trade offs in visual style and high ISO capability in comparison with something like the Nikon D750 but there are always those scenarios that play around in my head were the knapsack with the combo-cam and a neoprene bag full of batteries is delightfully seductive...

I had effectively fought off the siren call of the über all-in-one camera until I made the mistake of agreeing to meet a friend for lunch. I had been forewarned; I knew he intended to bring his latest purchase. I knew he meant to come sporting the new iteration of the Sony; the RX10 type 2.

At the outset I'll say that part of the subliminal attraction of the camera is the fact that it is externally almost identical to its ancestor. To me this means that the engineers and the market agreed that this design was as nearly perfect as it should be. Why wouldn't it be? There would be a move to change it if not. The difference is, of course, in the guts.

I handled the camera and put it to my eye. I'd forgotten what a nice job Sony had done on the EVF finder. It's not truly transparent, but damn close for the money. I remember using the camera almost exclusively with the eye-level finder, using the rear screen only when using the camera on a tripod at some squirrelly angle or altitude. I grudgingly remembered the utility and addictive ease of having a long zoom (24-200mm equiv.) at my fingertips.

Then I started diving into the menus and playing with the video. The camera's implied selling point is its 4K (UHD) video which is very well done and makes very nice imaging. Another selling point is the ability to run the camera at higher frame per second rates to yield fun slow motion. In practice the 120 fps (most usable without calling attention to itself in a leisure suit sort of way) is fun but it operates in bursts of about 8 seconds which makes it less useful for most traditional slow motion work. The real value of all this video power is the fact that using the camera at 4K and downsampling to 1080 makes for wonderfully detailed images that work now, in the real world.

When one considers this camera one must also consider the downsides. You'll be charging batteries as an ongoing hobby. At all but the longest focal lengths you'll be getting ample (more, more, more) depth of field than most people might want in this age of edgy slivers of sharp focus. And the zoom is a bit slow in operation.

But the flip side is the fantasy of traveling around the world with only one camera in your hands (and, of course, the identical back-up camera in your camera bag or backpack. The rich part of the fantasy is that the camera's actual performance leaves bigger cameras we were using just a few years ago moaning in the dust. The 20 megapixel sensor is part and parcel of the new Sony Supremacy. Rich saturation, low noise and market leading dynamic range. It's a lovely mix. If you shoot this camera the way I like to shoot you'll be working at the lowest ISO ranges and taking advantage of the well implemented in body image stabilization to get convincingly good files.

Do I want one? Now that I've actually handled on in person, a resounding yes! Am I going to run out and buy one? Hmmm. We'll see.

Here's my current rationalization: I have two big event jobs coming up. One at the end of this month and the next in the third week of October. Both are for clients I've worked with for years. Both need images almost exclusively for their websites and for presentations in PowerPoint and in video programming. It's basically faux journalism but it takes place in the well lit, climate controlled environs that our corporate types enjoy. Most of the speakers and panels will be well illuminated with stage lighting, etc. How delicious it would be to show up with just one camera, lens already permanently selected, and to shoot the entire show that way. No camera bag over the shoulder, just a pocketful of batteries and memory cards.

There are a couple of flies in the ointment. I think I might get tired of the deep focus compared to the full frame cameras or even the more narrow field of focus I can get with fast lenses on the OMD cameras. While I know the noise beats the pants off cameras like the Nikon D200's and D300's, Canon 7D's, and Olympus E-3's and E-5's I've used for shows like these in the past, the new Nikons and the new Oly cameras are bound to be much better.

If you have too much time on your hands and too many choices it's so easy for your brain to turn against you and start fomenting new plans; even though they may not be in your own best interests. Smart money says, "stick with what you have and use it well..." but the brain is always trying to fill in what should be calm moments between assignments with more excitement and adventure. The hard cost is to your wallet. The second cost is that plunge back into multiple menu hell. The long term damage comes, inevitably, from the hubris of trying to wedge all these "square cameras" into the round holes of assignments --- just to prove that you can do it. It's a sucker's bet.

But that's never stopped me before.