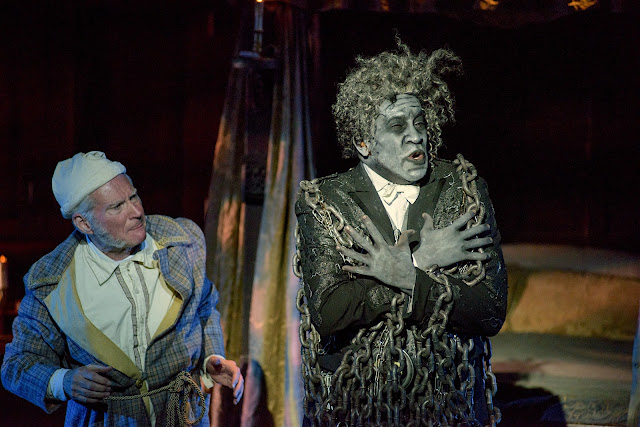 Harvey Guión as Scrooge (left) and Roderick Sanford as Jacob Marley in
"A Christmas Carol" at Zach Theatre.

As we get into the holiday season I just couldn't resist this image of Rod as Marley. The costume is incredible. This is NOT a "dinner theater" version of the Dickens play but a rock infested, high energy, fun play for everyone. 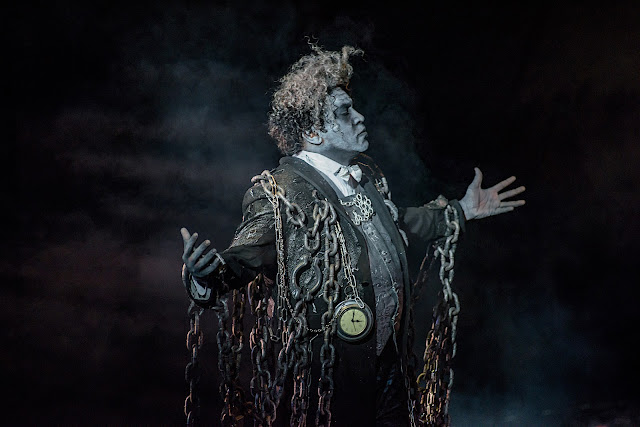 You've got to love the hair...

Shot during dress rehearsal with audience in house.
The D810 is quiet enough as long as you aren't sitting
right next to someone or right behind someone...

Two Texans Stumbling through the Old World with a Clunky Camera and One, Lone Lens... 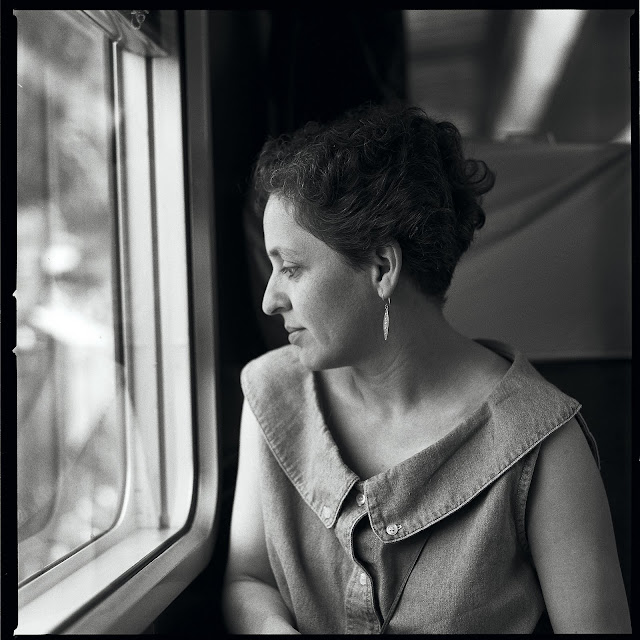 When I showed these (in luxurious print form) to a friend a few weeks ago we talked about how I photographed back then. He asked me if I zoomed in to find the right composition and I told him that the camera I was using didn't have a zoom lens, I was using a single, prime lens. "How many prime lenses did you take?" he asked. I told him that it was just the one. Just a 100mm lens which was a slightly long, normal lens for the 6x6 cm camera. Then we talked about metering and he asked me if I used my trusty Sekonic, incident light meter. I had to admit that, in my desire to travel light, I left the meter at home and tried to depend on both my memory of what light looks like at certain levels, and my secret weapon.

"Secret weapon?" Yes. In those days Kodak included a little slip of paper inside the box in which their black and white film emulsions were packaged. On one side the paper had the most popular developers listed along with their standard dilutions and times/temperatures. This allowed one to get in the ballpark when developing the film. On the other side of the paper was a series of pictograms that showed different daylight fighting situations. Cloudy, Cloudy bright, hazy sun, full sun, sun on sand and snow and, of course, heavy overcast. Along with the pictograms were recommended exposure settings for these light conditions. One would learn to open up a stop and a half when shooting inside the train with light from the window or to start at 1/60th of a second at f4.0 when shooting under typical office fluorescent lights. This was all predicated on using ISO 400 as your  film sensitivity, if you used consumer Tri-X. (Professional Tri-X had a different emulsion and backing and was rated at 320 ISO --- I tended to steer clear of that film).

I shot hundreds and hundreds of frames of film on that trip and very few were spoiled due to exposure errors. The little sheet of paper, taped to the bottom of the camera, made it seem all so easy. Even to this day I remember the exposure settings. Not always needed in the age of effortless digital but still convenient to know. Not having to make choices between cameras, lenses and different films was such a delicious way of working. So was having what seemed like infinite time. 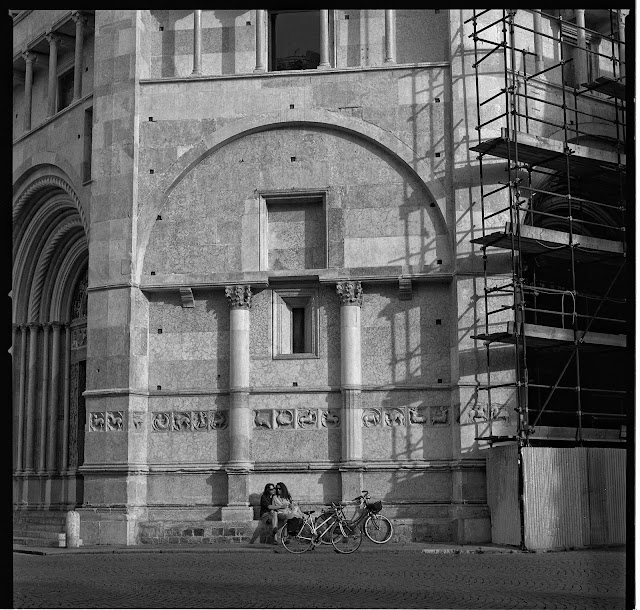 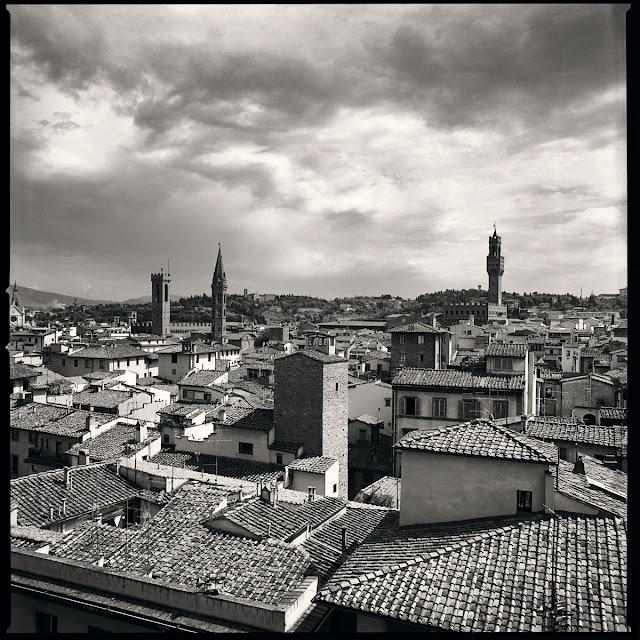 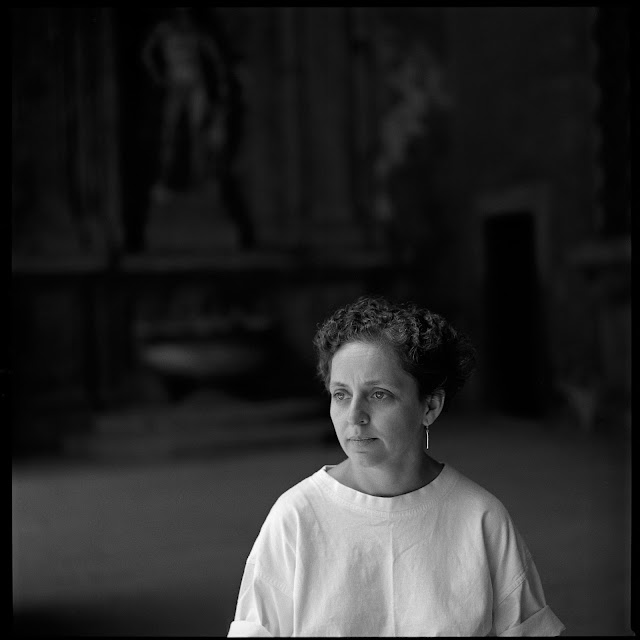 Posted by Kirk, Photographer/Writer at 15:46 13 comments:

This is the lowest price I have seen on a new, USA warrantied, Nikon D750 so far. As a bonus they include a $250 Audio Technica camera mount microphone for no extra charge. I've you've been waiting for a price drop on the D750 this might be what you've been waiting on.

Do I like the D750? I have one packed in my bag for my upcoming shoot. It's a great, full frame camera that is really good at high ISOs and killer at ISO 100.

Posted by Kirk, Photographer/Writer at 15:29 No comments:

Today I am thinking all about lighting on location. 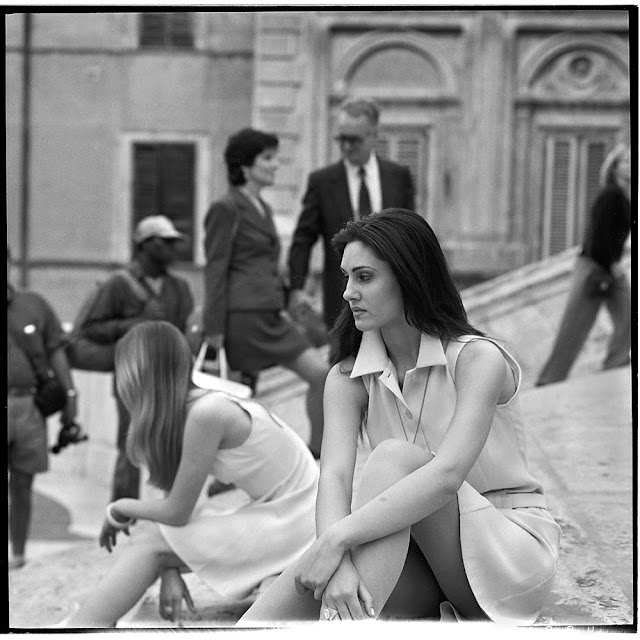 
I got the cameras squared away for my out of town assignment/adventure. I hate to fly with gear but I don't have the time or patience to drive for three days, shoot for three days and then drive again for three days. The reality of air travel these days means that I need to pack as light as possible and compromise a bit when it comes to the gear I'll use to light with.

I've got the cameras, lenses and small objects packed in a Think Tank Airport Security Roller case. That's also where the lights are packed. And the radio triggers. I have a separate case for the lighting gear I need; it's a longish (48 inches ?) rolling stand case from Tenba which I've used on a bunch of out of town assignments with good results.

While the cameras and lenses are vital the light stands and modifiers are mission critical as well. I'll be lighting executive portraits in my new (almost like available light from floor to ceiling) style and there are several components that go in to giving me more control and making the final portraits look really good.

We'll be shooting in practical locations, that means in hallways or conference rooms, or wherever we find an interior spot that has great backgrounds. In almost every location there are lights in the ceiling that are counterproductive. They provide an unwanted color cast and unattractive shadows (especially the little can lights with the high output, nasty, compact fluorescent bulbs) and all of that needs to be blocked from effecting the light on my portrait subjects.

The first thing I do on each location that suffers from too much bad lighting is to put up a circular  40" round diffuser over the top of my subject; between the offending fixture and my person, to block the light. If the light is too strong I'll use a black cover on the diffuser for a total block out. That requires a stand that can go up to eight or ten feet as well as a reflector holding arm.

The next step for the lighting style I have in mind is to set up a second 40" reflecting panel (circular pop up reflector) to act as a fill for the portrait. This also requires a light stand and a holding arm to support the reflecting disk.

My main light sources here in Austin have varied between electronic flash mono lights and LED open face fixtures. I'll want three lighting units and a back-up and that rules out both the big LEDs and the Profoto or Photogenic monolights == too much weight and too much bulk.  I've chosen to go with four speed lights along with radio triggers. The benefits are size, weight and flexibility. I can get all four speed lights into the Think Tank case with the cameras and carry them all on with me.

I have a motley mix of units. I'm using the new Nissan i7000 flash (Nikon version), it's a mid-priced ($250) option that provides very easy controls, meshes with the Nikon CLS system and offers built-in optical slaving as well. It's a well made flash and the quality of the light is good in my tests.  I have the rock solid Cactus RF60 flash which has its own built in radio trigger. It's manual only but in set ups like these I wouldn't dream of using the automatic function on any of the flashes.

The last two flashes are the Yongnuo YN560ii models. I've used these two on similar jobs and they have been reliable and simple to operate. They also have built in optical slave modes. Each of the flashes will require a light stand but I generally only bring light stands for two of the flash (the main light and background light) preferring to use a Manfrotto Justin clamp (or two) to rig the other flashes onto chairs, tables or doors. The last two flashes are always either accent lights or are lighting up areas in deep backgrounds. That still means I'm toting along four medium sized light stands as the overhead diffuser stand and the main light stand both need to be stout enough to hold things up high in the air (and over the heads of valuable clients!).

The stand case also holds a Gitzo reporter tripod with a nice ball head, and a range of umbrellas that I'll use, selectively, to act as the main light modifiers for the portraits. My go-to umbrella will be the 60 inch, white shoot through. It's stoutly made and I can use it either as a reflecting umbrella or a shoot through, depending on the location and on how close I want the modifier to the subject. The stand case also holds the extra batteries for everything and niceties such as gaffer's tape, black wrap and bungee cords.

For the most part I'll be relying on the Cactus V60 triggers to make everything flash but all of it will be a reduced power settings as I am only trying to outgun the available room lights by a small amount. I want to be able to keep my taking aperture on the 85mm lens right around f2.8 to 3.5. That's my optimum target zone.

We're set here. On camera rolling case, one stand rolling case, one small bag of clothes. All that's left is packing the clothing (easy) and having three meetings with local clients concerning projects we'll be embarking on the week after.

It was a great holiday weekend and I'm sorry to see it end. I got lots of swimming, sleeping and eating done. And the BBQ ribs that Will made for Belinda and me, last night, were the best I've ever had anywhere. Move over Franklin's....

One more nod to the Craftsy Photography class sale...

Posted by Kirk, Photographer/Writer at 10:46 2 comments:

One more day of classes on Sale. 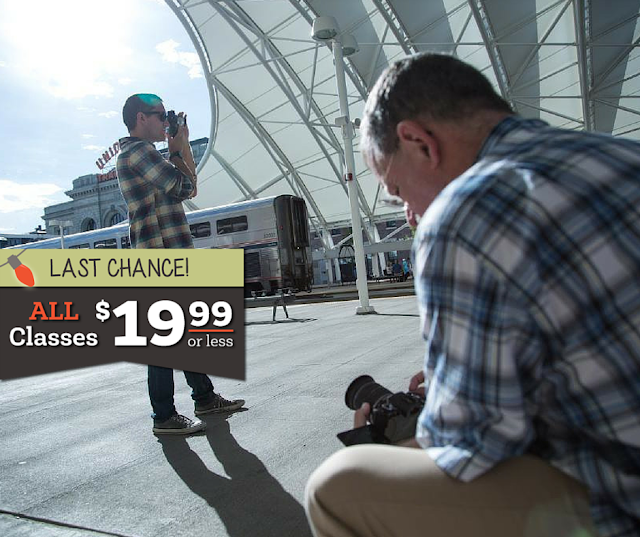 Sometimes a good class is a great way to get more values from great "glass."

Head over to Craftsy and see if there are any photography classes that catch you eye(s).
Posted by Kirk, Photographer/Writer at 09:58