The Crazy People Left at Kodak Are Launching a Crazy Camera. Super8 all over again? 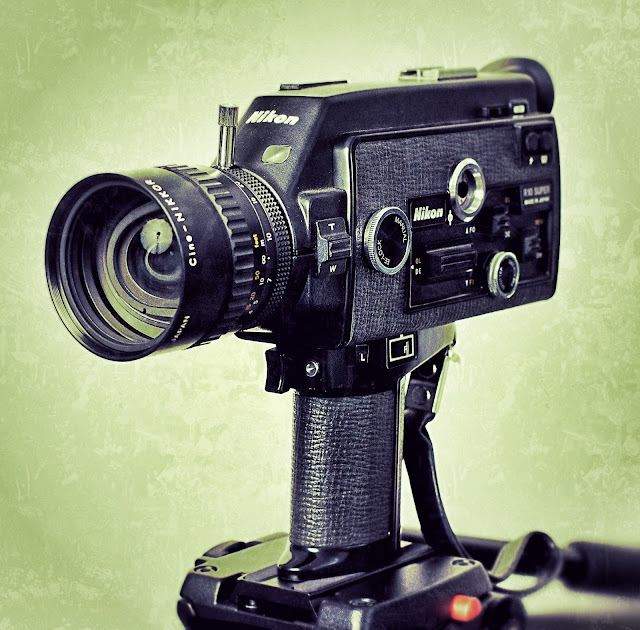 This is NOT the camera that Kodak is introducing. This is a Nikon R10. It is Super 8 as well.

In the early 1990's I was commissioned to make a video for a company called, TechWorks. They made computer memory products and they wanted a big, dynamic video to show at MacWorld. We used my favorite model of the moment, a bright script and a transition from grainy, black and white film to saturated BetaCam color video to tell the client's story. We had a lot of fun doing it and the video project was very well received. Even the tagline was fun: "Byte Me!" The ad agency made "Byte Me!" candy bars to give away. It was good, old school marketing.

We wanted the first half of the project to be edgy and contrasty, moving images of a beautiful girl having to work on slow computers because of the lack of affordable memory. Clocks ticked by, screens froze up and our dejected and frustrated actor slumped around and dispassionately drank a lot of coffee. Things were more upbeat in the second half; after the discovery of fast, cheap memory modules!

As the creative director I borrowed from what my film friends were doing at the time and shot the first half in black and white, Super 8 film. We shot a lot of footage with wide and tight shots of everything. We went through probably 20 x 50 foot rolls of film. We had the film developed and transferred onto video tape. We edited from the tape.

The character of the grain and tonality of the film showed through even though this project preceded HD TV by years. I'm still thrilled we shot it this way.

My memory of the R10 (which I still have) was that it worked flawlessly and, as long as you knew your way around an incident light meter you could come away with some really nice material.

We went on to other things and forgot all about trying to shoot on motion picture film after Nikon introduced video-in-our-DSLR cameras with the D90, which was quickly copied by Canon in the 5Dmk2. Well, it seems like nostalgia, hipsterism and sentiment have conspired with Kodak to try and bring back the past.

Just yesterday Kodak announced, at the CES (Consumer Electronics Show), their newest imaging device .... a Super 8 film camera. The genre has been updated a bit to include some digital video help in the finder department, along with some direct sound support, but the camera seems to be pretty bare bones otherwise and the single focal length lens on the front isn't awe inspiring.

The big issue (as always) is price. The price to buy the camera (estimated around $750) and the price to shoot (about $75 per roll for 90 seconds of shooting time --- included development and scan to digital service at Kodak) seem steep for most applications. If you are a working pro looking for an effect, on a paying project I guess that twenty rolls of film with processing will only run you about $1400 but if you are a hobbyist just plain around then it's going to cost you $$$ FOURTEEN HUNDRED DOLLARS!!!

I'm looking forward to seeing one of the cameras in the flesh. It may be interesting enough to be worthwhile. But I'm going to guess that sticking six fresh alkaline batteries in the old R10 is going to be at least as interesting and perhaps a bit more effective. I can't blame Kodak for trying and I wish them all the best in this endeavor. Maybe eventually they will get back to re-inventing digital still cameras. Here's a link to Kodak's microsite for this: THE FUTURE OF OLD SCHOOL FILM 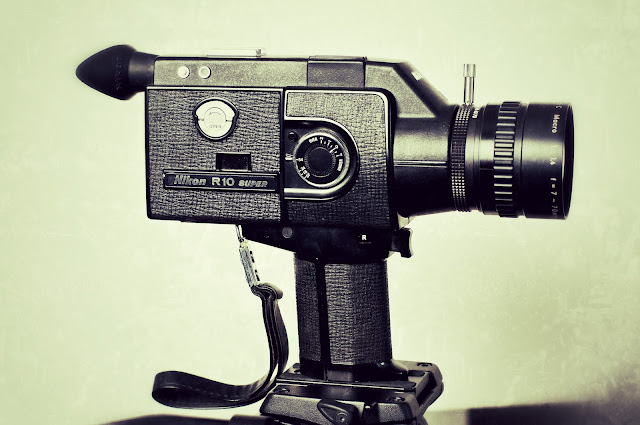 Posted by Kirk, Photographer/Writer at 17:28 10 comments:

One of the perks of being self-employed is working one's own schedule. I've been wanting to see the new Star Wars movie but I didn't want to brave the holiday crowds. I also hate going to conventional movie theaters where the crowds over the last decade have embraced such nasty practices as: Talking non-stop. Getting up and walking around during the feature. Bringing along children who are too young for much of the content in adult movies. And the worst!!! Talking or texting on cellphones during the movie. It's been years now since I've been to a mainstream movie theatre. I much prefer to either buy the DVDs six months after everyone else has seen the movies or....

Go to the Alamo Drafthouse chain of theaters. Why? Why indeed.

The Alamo Drafthouse theaters allow you to pick your seats online. They forbid (absolutely forbid!!!) talking during the main features. And they forbid people from talking, or texting, or even looking at the lit screens of their cellphones. When I say, "forbid," I really mean it, and so do they. The staff will warn you one time and if you infract again they remove you from the theater with no refund. They've been doing it for years and they are dead serious about it. I love it. I absolutely love it. Now I won't go and see movies anywhere else.

Here's my movie going strategy: Wait three weeks from the release date of the movie you plan on seeing. Select a day in the middle of the week (Tuesdays and Wednesdays seem best). Select a show time that starts before noon. Check on the lobby computer to make sure no one is sitting near you in the seating chart. Re-select seats if necessary. Pee before you go in. Sit quietly and enjoy movies they way they were intended to be seen.

Ben, Belinda and I all went to the 11:20 am showing of The Force Awakens. The LucasFilms 4K projection was phenomenal. The other eight people in the theater followed the rules exactly. The movie was perfect and director, J.J. Abrams, should be sainted for his work on this film and his previous successes with the last two Star Trek movies.

The combination of a really well done feature, and the nostalgia of having watched the Star Wars films of the past many times, was a powerful, emotional mix. I had a blast.

Then we headed out for a nice family lunch. I might take a nap after I post this. Being my own boss can be really fun! Especially with a little help from a brilliant theater company.

Well done Alamo Drafthouse! We'll be back again and again. Yes, leaving the cellphone in the car. One less thing to think about.

Posted by Kirk, Photographer/Writer at 15:15 8 comments:

An example of using a large source very close to a portrait subject. I like the drama that is also provided by the unfilled shadow areas. 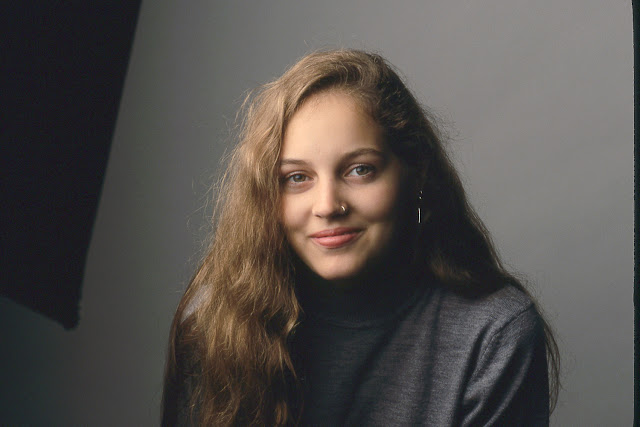 Originally made as a teaching example for a course in cinematic lighting I did in conjunction with Steve Mimm's Austin Filmworks workshops. Circa: the mid 1990s.