Infatuation with a camera. It's that damn OMD that's gotten under my skin. Once you've snuggled up with an EM5.2 it's hard to get it out of your mind. Once you've had Olympus you'll ........ 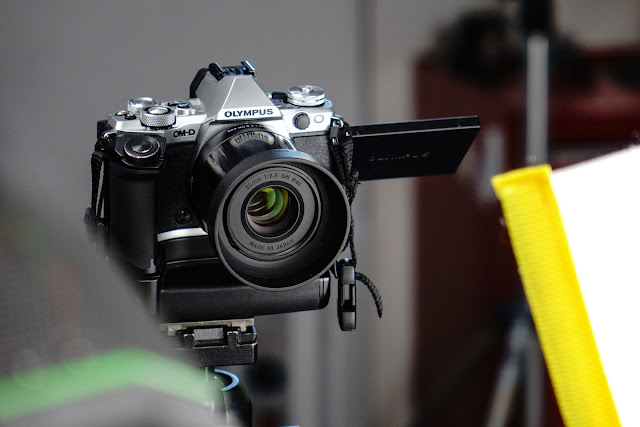 I've been under the spell of the big Nikons lately. It's the old story; you'll never get fired for recommending IBM. Which meant, in the early days of computing, that IBM was the way everyone always did things and so buying IBM was so logical you felt as though you didn't have to explain your choice. But guess what? KayPro, Apple, Dell, Compaq and others stepped in and changed the computer market forever.

In a certain way the analogy is true, lately, when applied to photography. Used to be that the "big irons" from Nikon and Canon were universally acknowledged to be the pro solution and showing up with something different might get you a sidelong look that signified trouble.

I worked all last week with the Nikons and boy are those files lovely. And nobody questioned my choice of cameras. But even the most addicted Nikon (or Canon) power user would have to admit, after working with a good, EVF endowed camera for a few weeks, that their choice of tools is growing kludgy and long in the tooth. It's not a question of lenses and sensors but 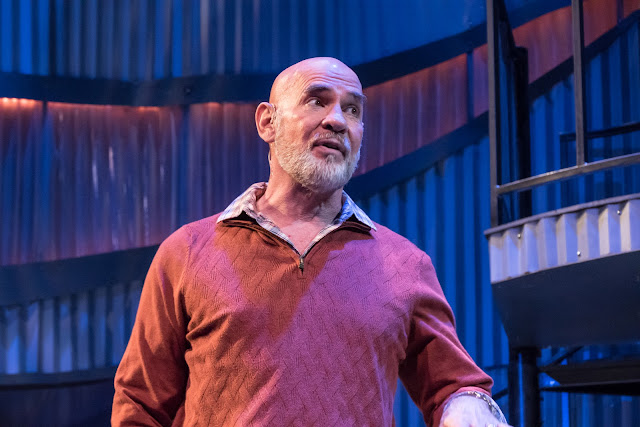 I'm pretty sure a huge percentage of the photographic community thinks I'm nuts for changing cameras from time to time and constantly experimenting with new ways of photographing things but I think they are equally crazy for doing things over and over again in the same style and with the same cameras. Just look up Albert Einstein's definition of insanity somewhere on the web....

But I have to tell you that sometimes you try something new and it works. Against common legend lots of stuff works really well. And here's the important context: You only need stuff to work a bit better than your best targeted end use...  That web profile photo? Doesn't need to be shot with the new 100 mp Phase One camera. Honest.

A case in point: My photographic coverage of the dress rehearsal for Zach Theatre's: Tribes.

There is usually an audience ("friends and family") in the theater for the final dress rehearsal and for reasons of budget (and the fact that all the costumes and light cues are done) we've started shooting the "live" marketing images of the big plays on that day. What it really means is that I'm often relegated to a position in the cross over row in the center of the house.  It's a reach to the stage. And on a show with a small cast and a tight set my full frame cameras, coupled with the 80-200mm f2.8 lens is getting close to the edge of practicality. I end up wanting to get closer and have tighter compositions on my subjects. I want to feel the action in the photographs.

While the image files of the Nikon D750 and D810 are great and the dynamic range ample, the handling and quickness of the system, for theater, isn't optimal. The light changes quickly and, by extension, so does exposure and even color balance.  Theater photography cries out for the instantaneous feedback of a good EVF camera. I have tried using the Olympus OMD cameras with longer lenses but the focus in low light just isn't fast enough to keep up with the action, sometimes. I've been looking for a different solution. I want a long lens, great image stabilization and fast, sure focusing. I took a deep breath and plunged into shooting Tribes with one of my favorite cameras for most stuff: The Panasonic fz 1000.

This camera has what I was looking for in all the parameters I just outlined but the perceived weakness of that camera for this kind of work has always been questions about the low light performance of the 1" sensor. Is it too crowded with pixels to keep the noise down to a minimum? Or at least at a level commensurate with the final, targeted use of the images?

On Tuesday evening I headed to the theater with the lightest camera bag I think I have ever taken there. It had just two cameras and two extra batteries. That's it. Two Panasonic fz 1000 cameras (pro's cameras travel in pairs, set up identically. If one fails it's brother is ready to jump into the fray with no hesitation and no set up delays. After all, a lot is riding on getting good marketing images---they help put paying patrons in the seats!

My basic setting for the camera (I used only one) was manual exposure, ISO 1250, raw, and f4.0-5.6.
I tested the dominate face lighting in an early tech session and found the color on faces to be equal to 3700K with 2 clicks of green.

Here's my assessment: The magic, dfd focusing of the fz 1000 (same as the GH4) is great. Really great! When used with "pinpoint AF" the camera absolutely nailed every single frame I shot. 100%. If I did not get sharp focus on a face it had to be because I forgot to aim the AF sensor at the face. Better than my Nikons? Well, if the comparison includes the 80-200mm f2.8 then the answer is a resounding yes.

Here's where this seven hundred dollar camera beats the crap out of all the other combinations you might bring to bear in the theater: You get a long, long, very sharp zoom lens that caps out at f4.0. I worked the long end of the lens for a lot of the images and it was wonderful. I doubled my range and did so with a camera that could be handheld down to about 1/60th of second because of the I.S.

Anything slower than 1/60th is a was at 400mm because you also have subject motion to contend with and their is no magic cure for subject motion as the shutter speeds drop.

But here's where the Panasonic beats my Olympus OMD EM5-2 cameras resoundingly: The EVF (set to manual, not automatic) when thoughtfully calibrated (which means shooting and comparing the results in the EVF to the results on your post production monitor) is a perfect exposure setting tool. If it looks good in the EVF of my fz 1000 I have a 95% assurance that it will be correctly exposed when I get to the post production stage. That's huge. Try as I might to do the same with the Nikon D810 the rear screen of that camera is good for little more than composition compared to the radically cheaper (but more capable) Panasonic. Again, for a busy shooter doing post processing on say, 1200 files late at night, this is impressive and appreciated. EVF as color meter and finely tuned exposure meter. Sold. Dammit Nikon! Get me a D500 WITH an EVF. Stat.

When I got back to the studio at a late hour I put the images in Lightroom and started playing. Most needed a 1/3 to 1/2 stop nudge up in exposure to be perfect but, in defense of the camera, I tend to shoot to protect the highlights and am willing to put the "sensor invariance" to a little test. The files sharpen up well and there was no objectionable noise in the darker background areas --- certainly no problems with color speckling or grain clumping. The details could use more detail at 100% but in actual use they are right on the money.

Would I do it again! How about next week. I am shooting another play the Sunday following this one and I'm also bringing along the Sony RX10 (original, not the model 2) to see if the f2.8 aperture really buys me anything. My primary camera will be one of the fz 1000s. I am putting them in their own rotation to try to keep from wearing out one or the other prematurely. I have no idea how well made the shutters are in a "consumer" camera but I do put a lot of internal wear on cameras. I tend to shoot a lot. My final word is that the smaller file size is a post processing blessing and a relief to my client who was getting tired of sorting through 36 megapixel images. "Sufficiency?" Naw, just matching the highest use target to the right camera.

Experiment successful. And yes, on a paid job. It's not like I haven't put 25,000 exposures on the camera already.... 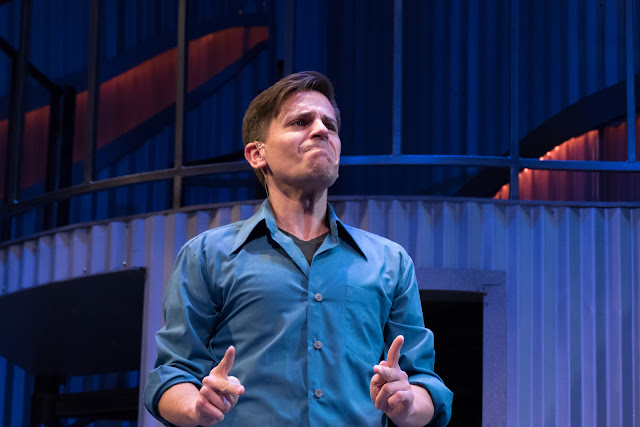 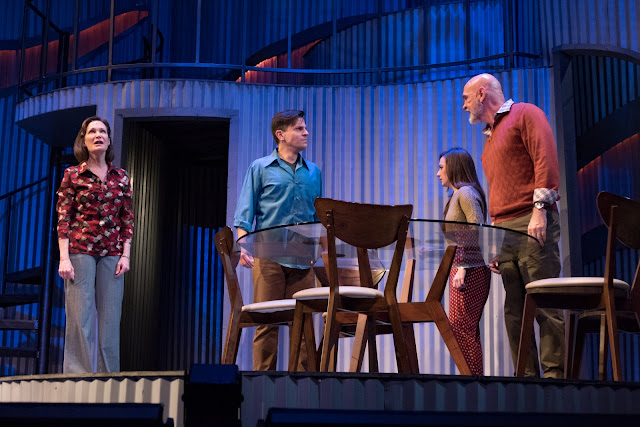 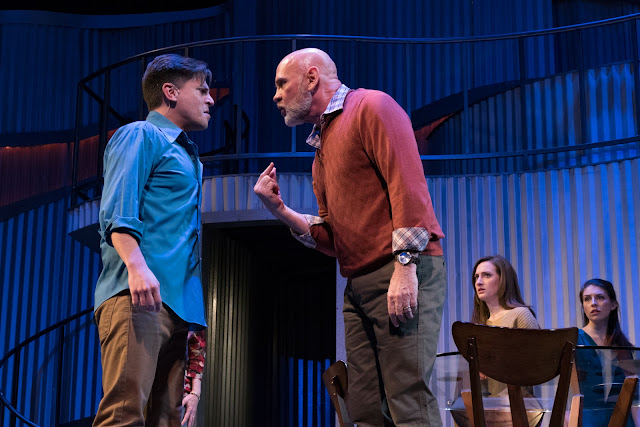 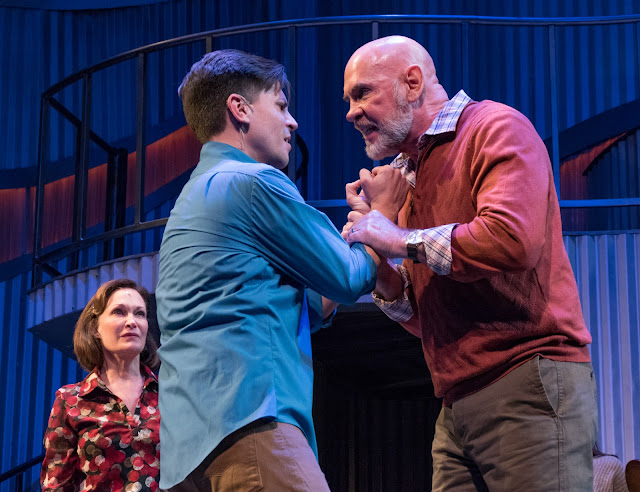 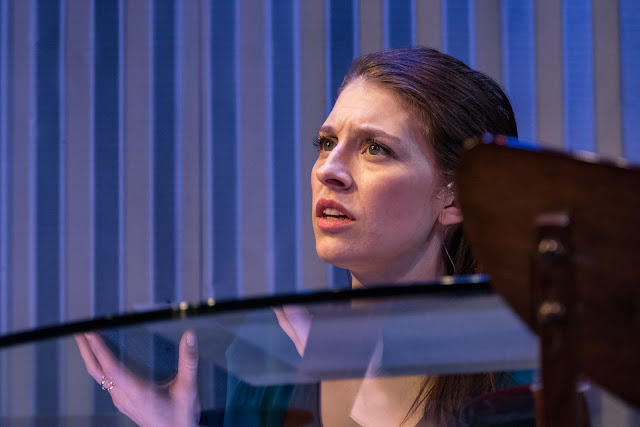 Where's Waldo? Find the grain and lack of sharpness in
this ISO 1250 image, shot wide open near the long end of the
lens, handheld. You might see it by I sure don't.
Not in any meaningful way. 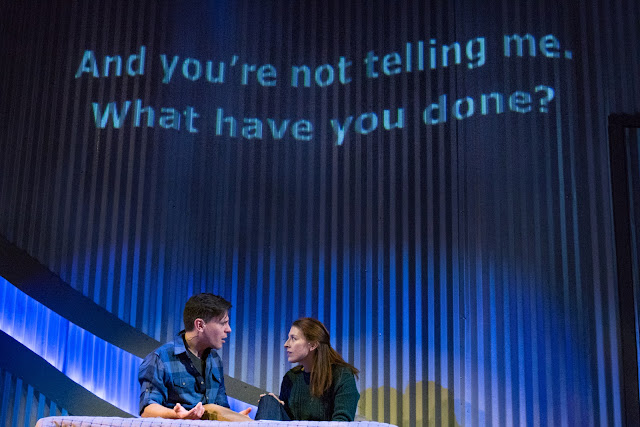 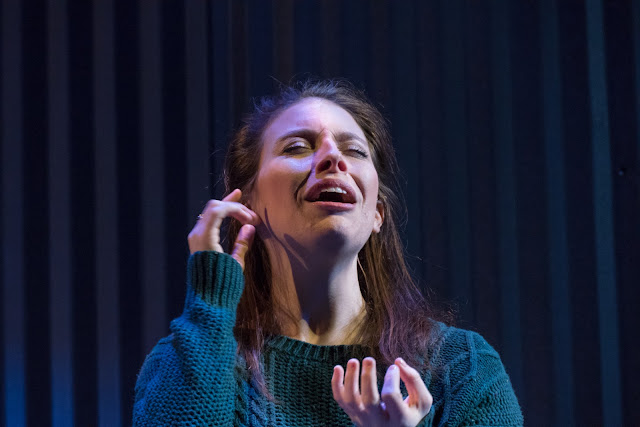 Posted by Kirk, Photographer/Writer at 10:28 13 comments: