Saturated Saturday. A downtown Austin walk with a Sony RX10 and nothing special to think about. 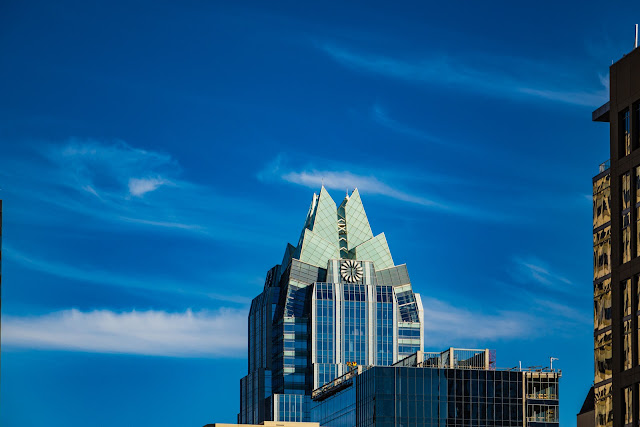 Well, I had some extra lights I never used and I traded them to a guy for a Sony RX10. Lightly used on both sides of the transaction... Now, I had owned this model before, loved it and then found what I thought would be a greater love for some Nikon gear and so traded it away. But the lure of the one inch cameras is strong, and when the chance came to reacquire this classic I felt as though I had to jump on it. And it's been sitting on the corner of my desk for a while; daring me to pick it up and use it some more...

This has been the busiest January I've worked in since ---- well ---- years. We usually end up taking long walks with the dog during this month or lingering over late lunches and hanging out at coffee shops, sheltering from the cold and the ennui of the slow times. But somewhere around the 4th of the month I started getting phone calls and e-mails from a diverse group of clients and we started ramping things up. A TV commercial led to publicity shots which slid into event work and veered back again into some advertising content. Toss in a weekend in Denver learning to be smarter and you've got a full schedule. Or at least I do. It got so busy over the last two weeks that I actually had to skip a number of swim practices! God forbid!!!

But last night I stayed late in the office, a glass of red wine just to the left of my keyboard, and I billed and billed and billed. While invoicing for services and licenses already rendered is fun and entertaining, the photos tacked to my bulletin board were a reminder that it had been at least two weeks since I'd had the free time to wander around with a camera and no real agenda. And, for me, the time spent walking is great time spent thinking and consciously dreaming. I'd missed the ramble around downtown.

So after a wonderful and jaunty swim practice, coffee with my masters swim team buddies, and lunch with my wife, I carved out the rest of the afternoon to tool around with one camera and some decent hiking boots. The camera I chose was the RX10 and there's a simple reason for that: It was this camera's turn in the rotation. The Nikons saw a lot of serious use in the early part of the month and last week was the week of hard labor for the Olympus and Panasonic cameras. The odd man out had been the Sony.

I had the best of the rationalizations when I acquired the RX10 for a second time. You see, the firmware has been updated and the video went from merely "really good" to "superb." I rationalized that I'd be using this camera to create wonderful, snapshot style videos that people would adore. Of course, after I bought the camera I abandoned that line of reasoning (for now) and started using the camera as I use all cameras; pressed into the service of whatever visual whim I was serving in the moment.

This camera has a curious effect on otherwise logical photographers. In actual use it totally convinces one of its abilities; its credentials. While Malaysian photographer and camera blogger, Ming Thein is now heading down the path way of ultimaticity with his high res, full frame cameras and Otus lenses, even he was swayed by the RX10's charms and stated, quite clearly, just a two years ago on his blog, that he could easily use the RX10 for nearly 95% of all of his client work, if needed. That's saying a lot, coming from a person who now brooks "no compromise" in his efforts to bend the physics of photography to his will.

I have no such lofty goals for the RX10. I have only my usual assumptions. That the camera will be fun to use. That the files will be sharp and colorful. That I won't have to waste a lot of time rescuing said files in post production. That I will be enchanted by the zoom lens. That I will bounce back and forth between my Panasonic cameras (the fz 1000) and the Sony and never be totally certain which one is "the best."

But today I was happy just to walk around with the little camera over one shoulder and to really look at stuff. I stopped by REI and bought a couple of cool, gray shirts. I stopped by Medici Caffe for a cappuccino. I bought a copy of American Cinematographer Magazine at Book People. And I snapped images of down town to look at later (now). In my mind this equates to living the good life and, in that scenario the make or model of camera hung over my shoulder is about as consequential as the brand of gasoline I put in my car. The Sony is extravagantly competent. Nothing earth shattering but nothing shabby either. Now, where did I put my fz 1000? 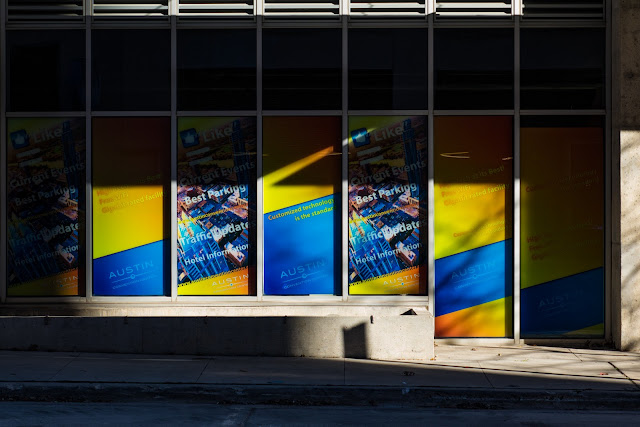 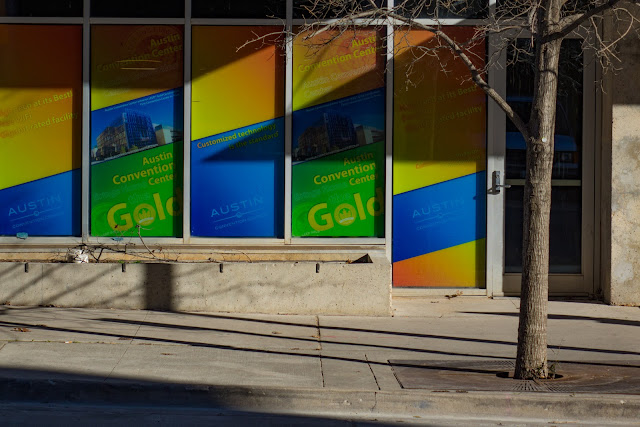 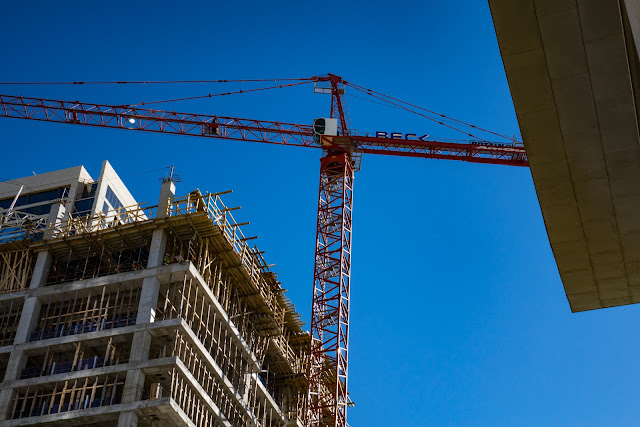 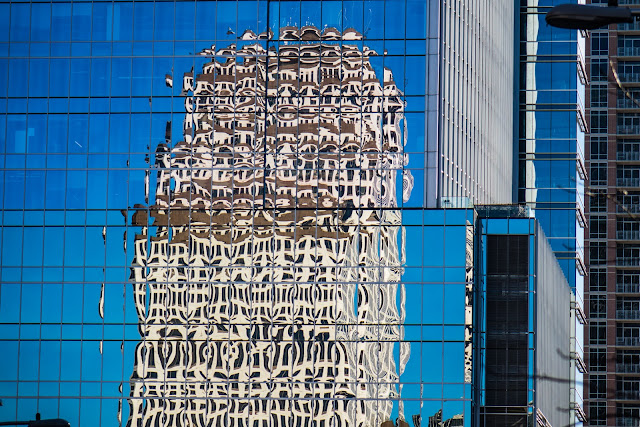 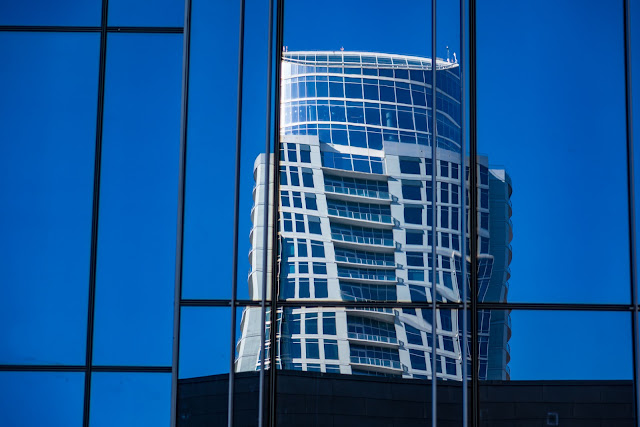 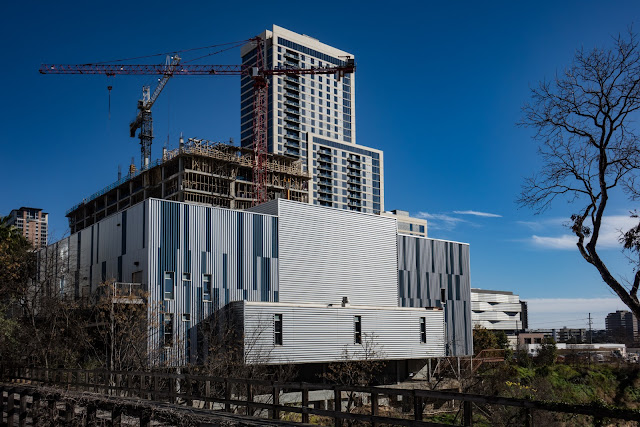 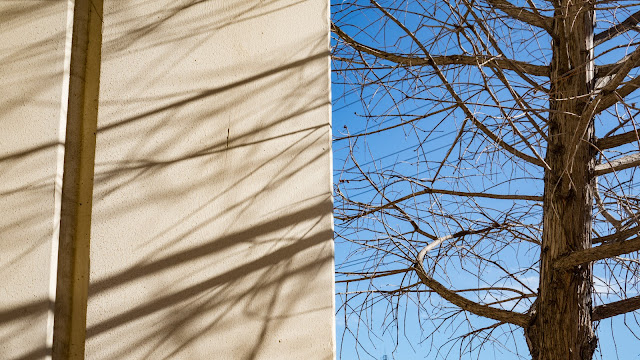 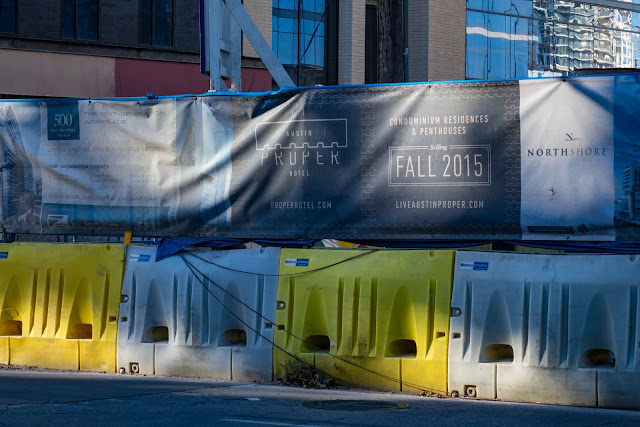 Posted by Kirk, Photographer/Writer at 19:37 9 comments: