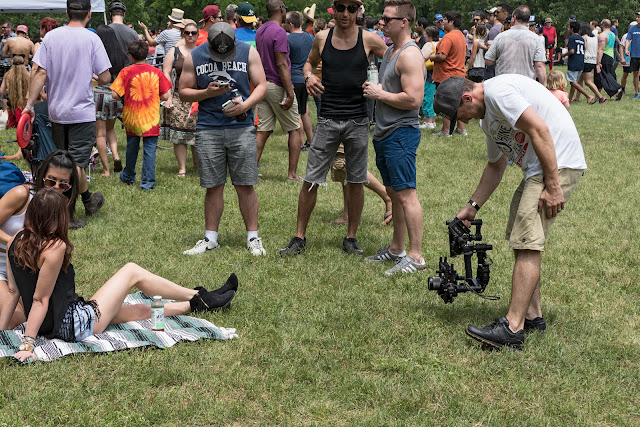 Eeyore's Birthday Party has been around for a good, long while and though the drumming and face painting continues a lot of things have changed. In years long past one saw lots of Nikon and Canon cameras over peoples' shoulders, now they've been replaced mostly by phones and new school videography. As the drummers get older they have started erecting tents to ward off the sun; unfortunately, they crowd together under the tents and this takes away any inner circle area for free spirited dancing. This year there were two drum tents and no dancers. First time ever.

There were still Austin hippies of various ages, smoking dope on the hills. There was still a Maypole with children spinning around underneath. Lots and lots of tie-dye,  but the ever growing sea of vendor stalls (which sell food, beer and lemonade to raise funds for local charities) is spreading like tacky suburbs around a once hip city core, and trampling the inherent coolness of the festival.

All at once it felt like just an open field with a whole lot of disassociated people all trying to act as those they were doing something really, really fun, alone together. But mostly the crowd just spent time milling around with a beer in one hand and a phone in the other.

I guess it's the way of all city expansions. Something lost and, maybe, something gained...

Posted by Kirk, Photographer/Writer at 17:51 No comments:

Film Cameras in the wild. Extra points for dragging around a 6x7cm medium format camera AND a spot meter!!! 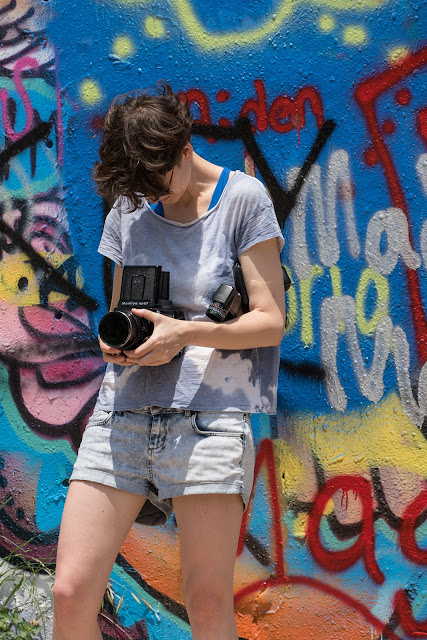 I was walking back to my car from Eeyore's Birthday Party today and I made a slight detour just to see what might be happening at the Hope Outdoor Gallery (aka: the Graffiti Wall). Attendance was sparse but there was one person who caught my eye. She was grappling with a medium format Mamiya camera and had a spot meter tucked under her left arm. I remember those cameras well. I don't know anything about the photographer but I'll say this, she must have an above average level of determination to continue working on location with all six pounds of camera, and ten shots on a roll...

Posted by Kirk, Photographer/Writer at 17:38 4 comments:

Fun with belts. A video that our talent thought up during our still shoot for Klikbelts. Go to Vimeo to see the video in 1080p. It's just 800 pixels wide here....


klikbelts 2K Final from Kirk Tuck on Vimeo.
This video is about klikbelts 2K