Preliminary Thoughts about The Newly Announced Sony A9 Camera. 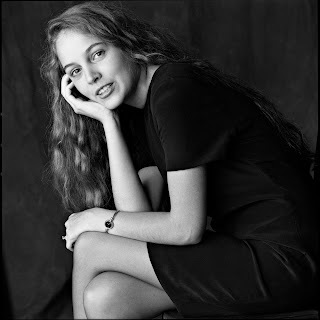 Lou. Studio. One frame at a Time.

When I read about new cameras I  usually get caught up in the excitement about all the new features.

I wonder what I could do with a camera that could shoot 200 images in a row at
20 frames per second.  Then I wonder which unfortunate photographer  will be required to sit down and edit through 200 nearly identical images in the search for one that may (or may not) have all the right stuff.

I read about auto focusing sensors that range, densely, almost to the edge of the sensor  and I imagine what it  would be like to just point the camera at a scene and let it decide just where that point of sharpness needed to live.

I 've been using  cameras with many focusing  points for many years and  I usually disagree with my camera when it decides to pick a point for me. That's why my cameras and I have agreed to mostly stick to using the center AF frame. It's a simple solution but in a way it's very elegant in that I rarely have issues getting important stuff in focus. And I rarely spend time looking at useless frames filled with perfectly sharp backgrounds and oozy foreground subjects.

I certainly can't fault a camera for having a very high resolution EVF that also refreshes fast enough to seem....seamless. Nothing wrong with that  and certainly something I would like to have on all my cameras. I also like the idea of more external switches; like the little dial that surrounds the dial to the upper leftmost control  as I  hold the camera. I let's me choose the focusing mode. Will I use manual focus? Will I use continuous auto focus? It's easier now to go in either direction because I won't have to dive into the menus and scout around for the right column to find the switch.

Will I enjoy my new found freedom and become empowered by having a battery with twice the mph? Yes, but I'll miss the uniform battery size (and type of battery charger) across the whole Sony camera product line that I own. I'm not a manic shooter so I'm pretty happy glancing, from time to time, at the battery life indicator in the existing cameras and then pulling a battery out of my pocket , as required. Comforting too, to know that I can pull batteries from one camera and put them in another in those moments where necessity steps in and demands a quick solution.

Who is the new Sony a9 really for? Is it aimed at a portrait shooter like myself? Is it aimed at the casual user who likes to range across cities and look for magic compositions in everyday life? I just don't think so. I'm presuming that this is really a "halo" product that won't sell in great numbers but will start to cement Sony's position in the professional camera neighborhood. By price point and spec it's obviously aimed at sports photographers and ...... well..... sports photographers. I may shoot a swim meet from time to time but I'm quick enough to catch the photos at the point of high action and not nearly patient enough to wade through tens of thousands of images taken in hopes that superior numbers will yield the frame I want.

The one area of interest for me is video, but even there I don't see any real improvements over what is currently available in the Sony line up. The a6500 also samples the full 6k frame and beautifully downsamples to 4K and other than that and a new finder there isn't much to lure videographers in....especially at such an ambitious price point.
Perhaps if they'd done one or two more things to the body video would be a consideration but I looked with distress at that same small and fragile micro-HDMI port and just shook my head.
The Panasonic GH5 might not be having  the smoothest intro right  now (hello focus issues) but it's set the bar for video interfaces just by including a full size HDMI port under the flap.

For the kind of work I do....that most of us do....I just can't see much advantage over the A7Rii. But the camera I am waiting for from Sony would be the replacement to the A7ii. And all I'd really like to see is 4K video (internal) and the option for a silent shutter. Not to much to ask and I have a piggy bank with about $1995 sitting on the floor next to my desk, just waiting.

The Sony announcement of the a9 is exciting and fun. The camera looks really good. I'd do an even trade for my A7Rii in a heartbeat. But only because I like that 24 megapixel resolution region. It's nice to make files that don't clog up the processing pipeline or make me a prime customer for Western Digital or Seagate.

If you are a Sony shooter you'll have to make up your own mind. It's a shiny new toy. But is it "my" shiny new toy?
Posted by Kirk, Photographer/Writer at 15:03 14 comments:

An interview with Michael Rader, the director of ZACH Theatre's, "Lady Day at Emerson's Bar & Grill"

Please click through to Vimeo to see the video in a higher quality format.

This is my second video for the show at ZACH Theatre. The first was the interview of Chanel that I put up earlier this week. This video is an interview with the play's director. The same hardware was used to produce it.

I shot with the Panasonic fz2500 in the 4K mode and edited on a 1080p timeline in Final Cut Pro X. The lighting was a combination of LED panels from Aputure; both the Amaran and the LightStorm lines. The audio was recorded with an Aputure Diety microphone (and I was delighted with the sound on Michael's interview...).

While some of the still images may look familiar I tried my best to find photographs that I had not used before.

The extensive crew for this production consisted of: me.


Posted by Kirk, Photographer/Writer at 09:05 6 comments: