I mentioned photographing a keynote speaker at a recent gala. Here's a couple of stage shots. Nothing sexy but the WB? 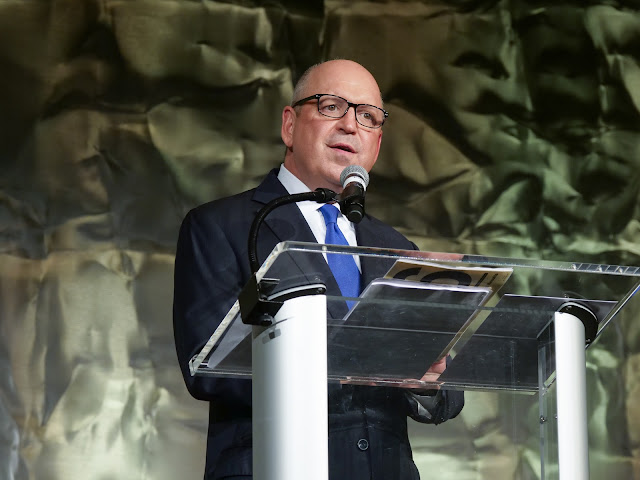 With good stage lighting in place electronic flash should never be necessary. Posted by Kirk, Photographer/Writer at 17:06 4 comments:

It's been a while since I worked in the Kleberg Theatre. Less light compared to the Topfer Stage. But more intimate... 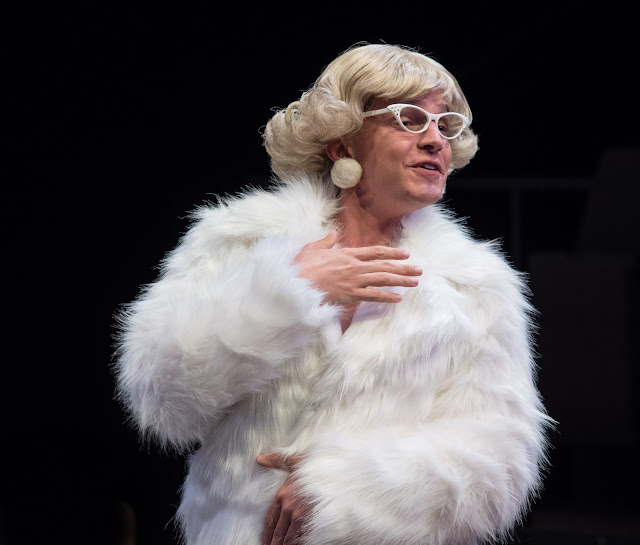 About a week and a half ago, on a Sunday evening, I had the assignment to create marketing photographs for another production at ZACHTheatre.org. It was "A TUNA Christmas" which is a holiday comedy spoofing life in a small time, Texas town. Tuna Texas. The play is directed by Jaston Williams who is rightly famous for co-writing and co-acting in the nationally touring original, "Greater Tuna."

If you grew up in Texas you've met nearly every character in the play, at one time or another. If you are a new transplant to the Lone Star State this play will help bring you up to speed on the basics of rural Texas living. The production is both hilarious and sweet, with a dry humor that generally has me stunned with laughter.

Three actors play all 25 citizens of Tuna Texas so costume changes are fast and furious. I was amazed at how convincing the actors were in every role. I could have sworn they had a company of eight or ten....

But I was there to make photographs with my little cameras. I used two wildly different models to do most of the images. In the seat to the right of me I had my Panasonic GH5 with the Olympus 40-150mm f2.8 Pro on it. In the seat to the left I had my Panasonic FZ2500 super bridge camera. I alternated for fun, for focal length coverage, and just to experiment. I also brought along a 40mm f1.4 and used it more sparingly. I wanted to see what I could put out of focus in the background....

Unlike the bigger theater space I usually work in the Kleberg stage projects into a (much smaller) space with seating on the left, right and in front of the stage. The theater seats about 200 and is a much more intimate space. But being our oldest theater space in the Zach Theatre compound it also has the oldest (and weakest) lighting gear. While working with most productions on the bigger stage I can keep my cameras comfortably around ISO 800 but in the Kleberg space everything pretty much needed to be shot at ISO 1600 in order to get subject freezing shutter speeds with mostly wide open apertures.

Before the rehearsal started I asked the lighting director to give me a "light wash" that was made up of the dominant light structure for the most of the play. I walked out onto the stage and placed a Lastolite gray/white WB target in a spot shielded from the colored lights that spill across the background and made a custom white balance with each camera. I varied the WB a bit during the show but hewed pretty close to 3200K with a bit more magenta dialed in and that seemed to work fine for most of the photographs.

The production practiced austere minimalism when it comes to set dressing but it hardly matters because the script is so great and the dialog is delivered perfectly. This is a situation where the video will be a better sales tool because you'll be able to hear the voices and see the nuanced gestures that make the characters so authentic. But I tried my best to make the stills work hard.

If you find yourself in Austin and bored (highly unlikely) between now and the new year you might want to spend an evening at "Tuna Texas." You'll likely be glad you did. 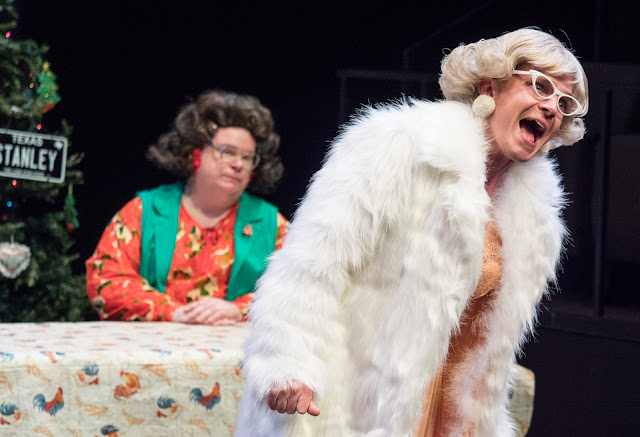 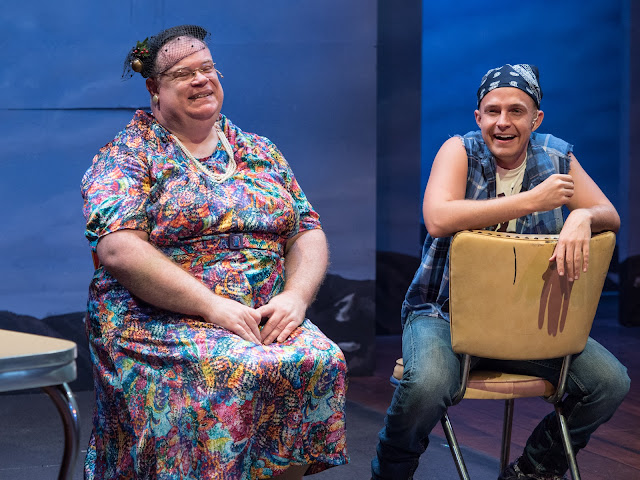 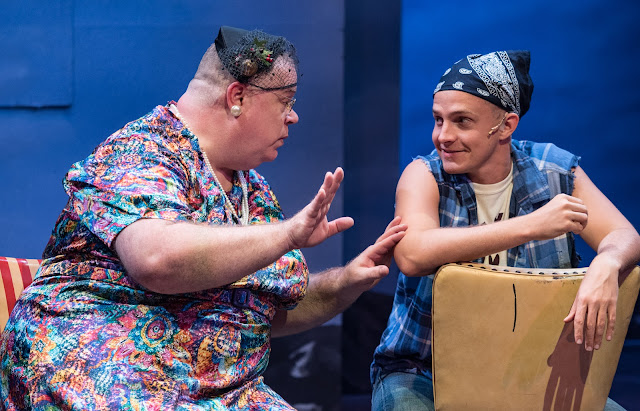 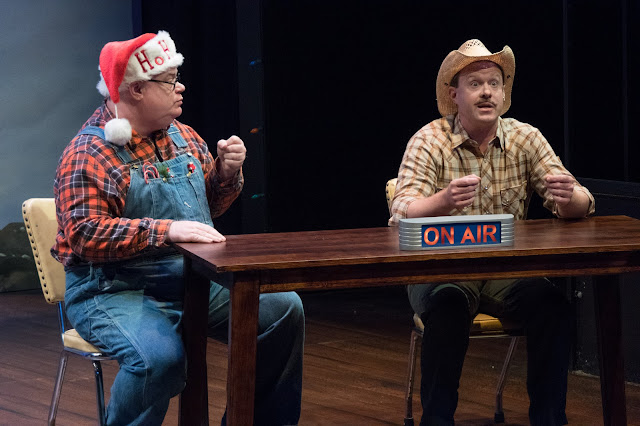 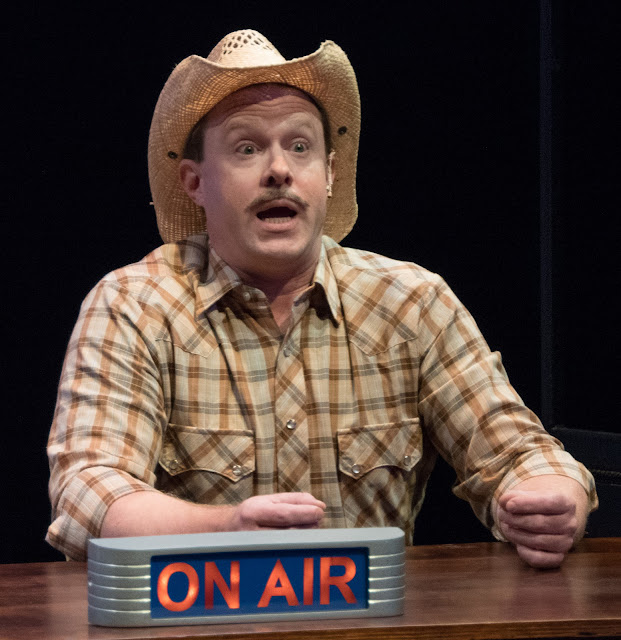 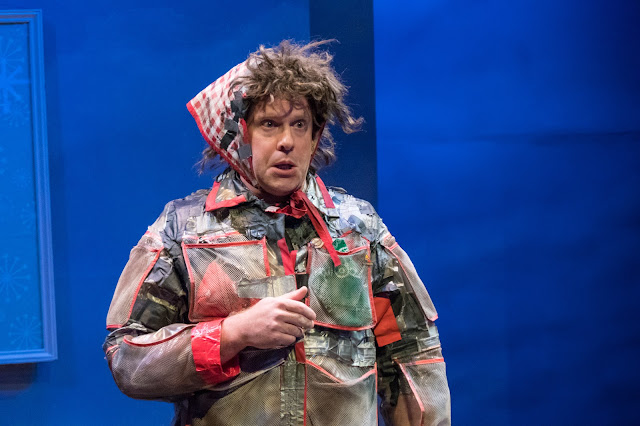 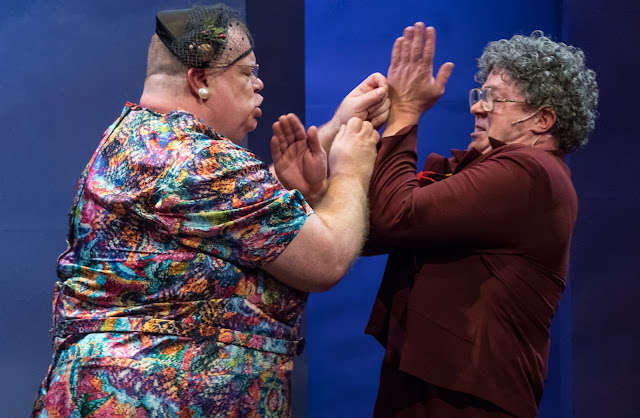 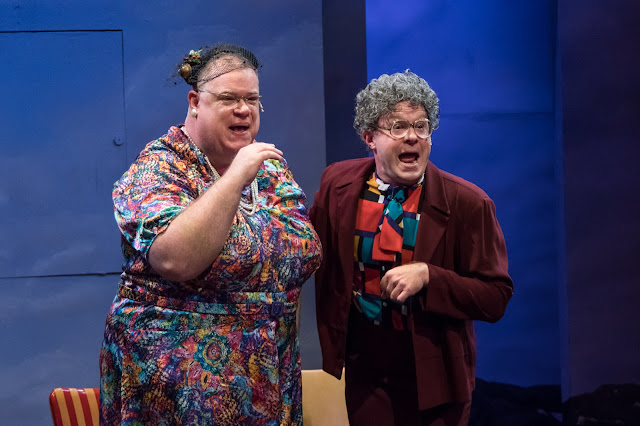 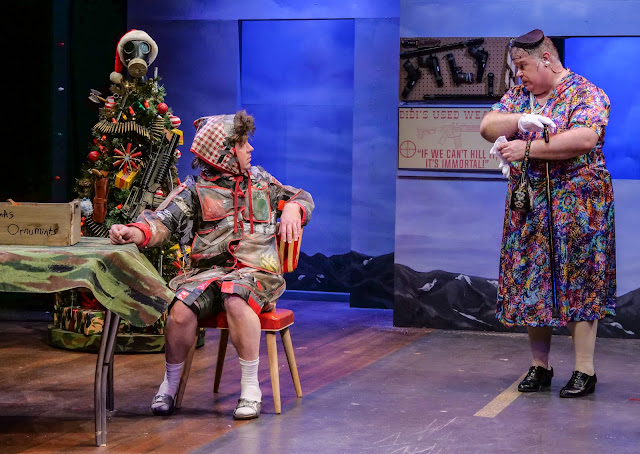 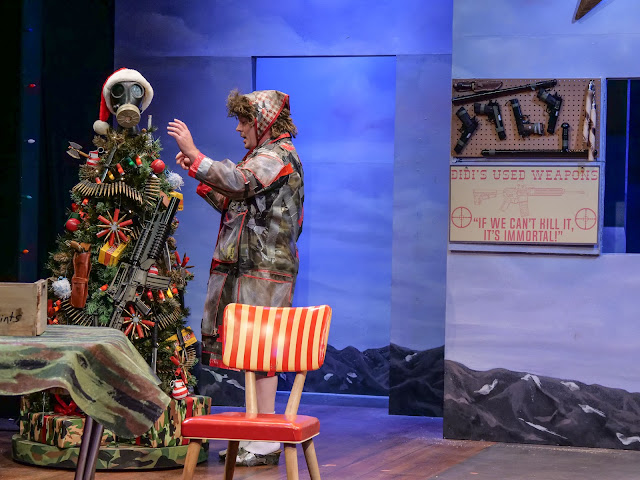 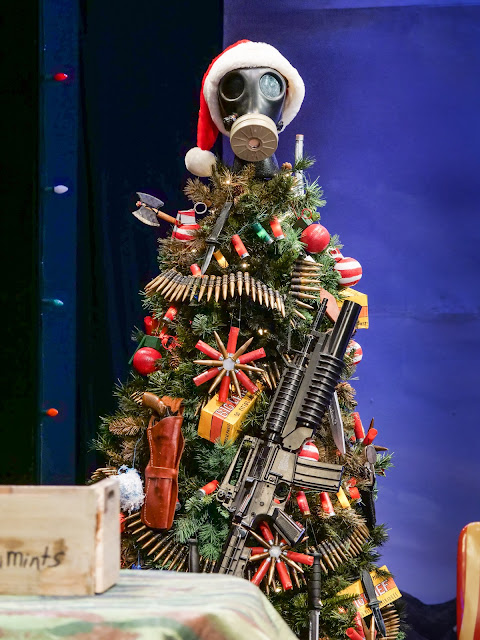 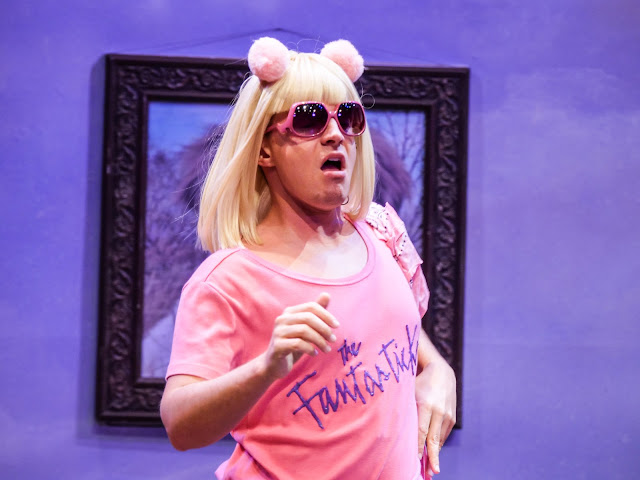 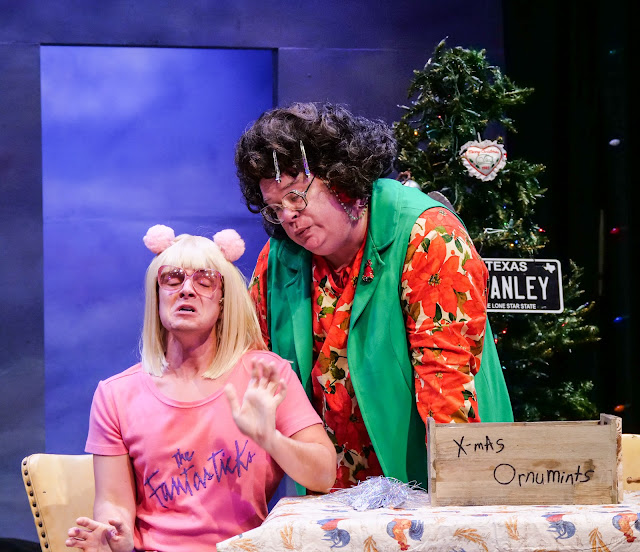 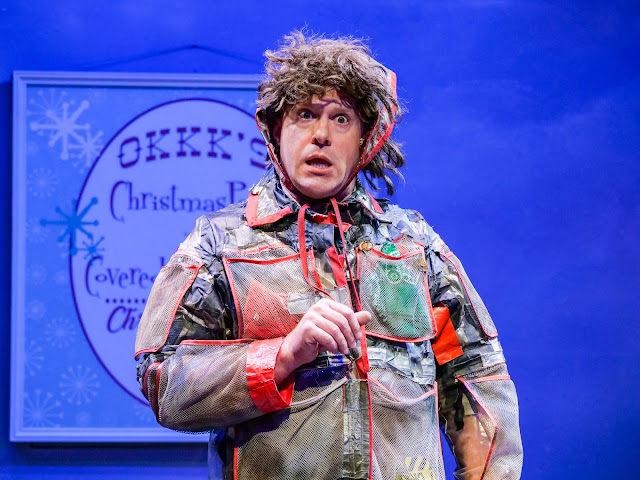 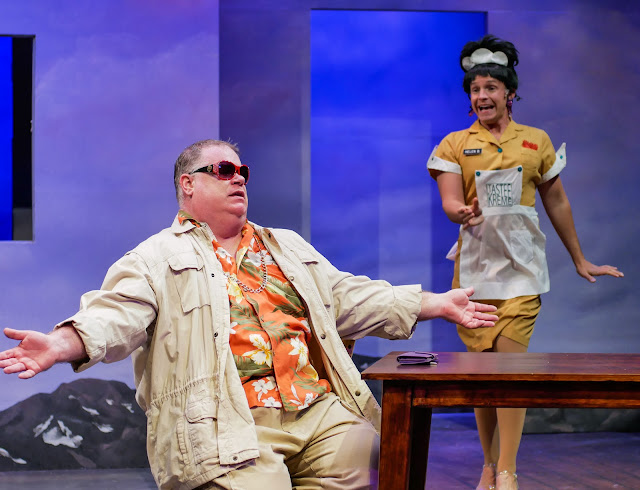 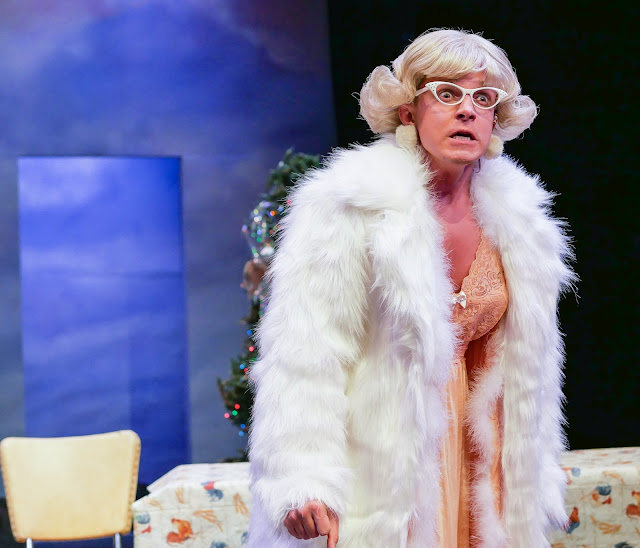 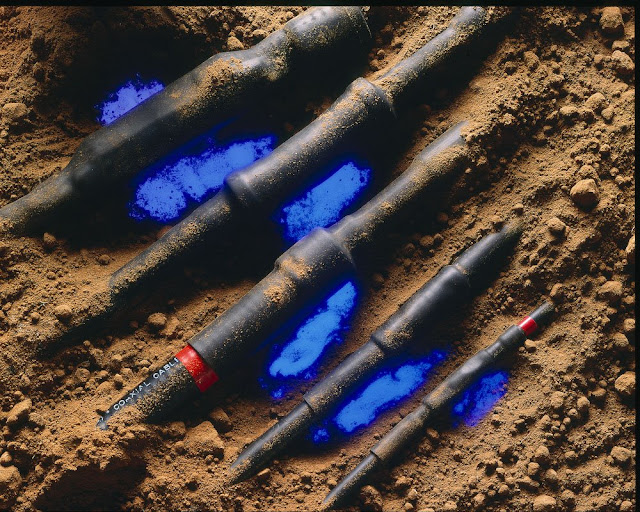 It's been exciting to see Panasonic get some of the same treatment that Nikon and Sony have been getting from the review sites and bloggers. They launched a new camera today and one of the remarkable things about this launch was how well they were able to keep the announcement under wraps. We only started hearing real new in the middle of last week!

The new camera is the model G9 and it seems aimed at assuaging the feelings of traditional photographers who seem to have issues with too much video capability being resident on the cameras they want for still shooting. So, what does the new camera deliver that the fairly recent GH5 doesn't?

According to Panasonic, both cameras use the identical 20.3 megapixel sensor. The G9 has what is described as an improved Jpeg engine which takes advantage of the huge processing power of the camera's imaging pipeline to provide improvements in color rendering and tonal nuance. While I think this is a good thing the underlying, but unstated, assumption is that the raw files from both cameras are more or less identical...

The new camera shoots up to 20 fps in continuous focus mode when used in the electronic shutter setting. Some people will see this as a valuable capability. I don't but then I also don't like team sports, or watching team sports, or being around people watching team sports so it's a feature that is lost on me. Another metric I find more or less meaningless is difference in point to point autofocus lock on. The GH5's spec was .05 seconds while the G9 spec is .04. If you can detect a difference