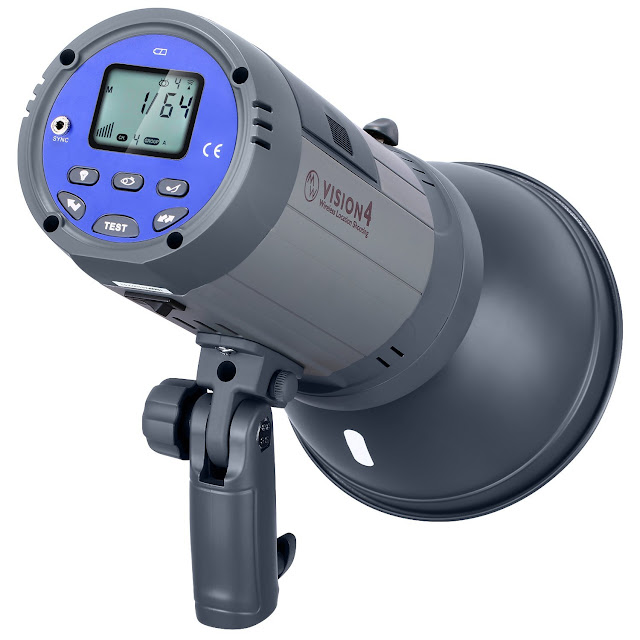 Several months ago I decided to get rid of an accumulation of Profoto, Elinchrom and Photogenic electronic flashes. I sold them off or traded them away for interesting but unrelated things and I was happy to see a hodgepodge of reflectors, speedrings and other geegaws exit the limited space of the studio.

On a lark I bought a Neewer Vision 4 mono light that I saw and read about on Amazon.com. The ad copy said the light was designed and "engineered" in Germany, that it was totally powered by a large, lithium ion battery, and that it was capable of putting out 300 watt seconds of flash power 700 times in a row. On one charge. At $259 it sounded unbelievable. I bought one.

I used it several times to create some ads (with subject motion frozen) for Zach Theatre, using it along with some other, smaller, battery powered lights. I found the Neewer to be reliable and to put out a nice quality of light. I was still amazed that one could get that kind of power and flexibility for the price; especially after having purchased 30 years worth of Elinchrom and Profoto gear....

I got used to using the flash for a number of different projects (mostly on white backgrounds) and when I saw the same unit listed in mid-November, on Amazon, I noticed a price drop to $229 so I bought a second unit, along with a couple of speed rings and a collapsible 47 inch Octobank (Phottix). I've used the two lights as the main and secondary lights for even more projects since.

Earlier this week I was looking for something I'd bought in my previous orders on Amazon (love the transaction records!) that I had sent to Ben at school (Illy coffee) and stumbled across the information about my purchase of the second light, along with a notice that the price per unit had now dropped to $199.00. I noted this and filed it away in the avaricious/acquisitive area of my brain. Later in the week I had a pre-production phone call about a confirmed photoshoot in which we'd need to freeze action of a person running, a person jumping through a banner and a person jumping and striking poses with the aid of a mini-trampoline. This was followed by a call from a law firm which wants to shoot a series of partner portraits outdoors.

When I got off the second call I decided that it would be nice to have a third mono light with a high flash capacity and fast recycle times (instead of relying mostly on smaller, double A powered flashes) so I bought it one more time. At $199.00 it's a crazy bargain for me. It comes with a Bowen's mount reflector, a diffuser sock for the reflector, and a wireless remote trigger (which means I will now have two "back-up" remotes --- oh joy!).  It should be here early next week and I've already made a space for it in my Manfrotto flash case (wheeled for my hauling pleasure).

As I stated previously (sorry you can't look up that review....), the only thing that vexes me about this product is the 30 to 45 second on time for the (LED) modeling light... But for the price it's still a screaming bargain in my estimation.

Sometimes you use LED panels and sometimes you use electronic flash. All depends on your need to freeze motion in a photography for a particular collection of projects. Funny thing, looking back at the time in which I was shooting mostly with Profoto, I have spent more money on a single reflector from that Swedish company than the cost of this complete and ready-to-use flash unit. That certainly puts the cost into perspective for me...Bargain! 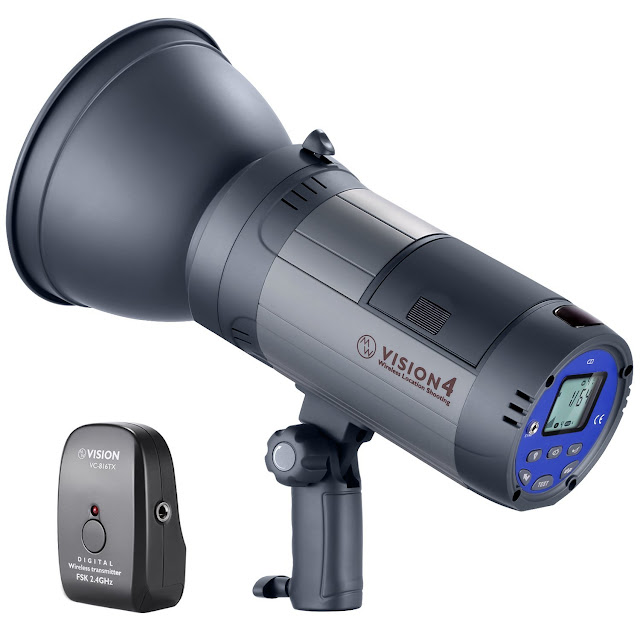 flash with included remote. The stand adapter doubles as a hand grip so you can
have your tall assistant act as a human light stand; if necessary....

Posted by Kirk, Photographer/Writer at 16:28 4 comments: 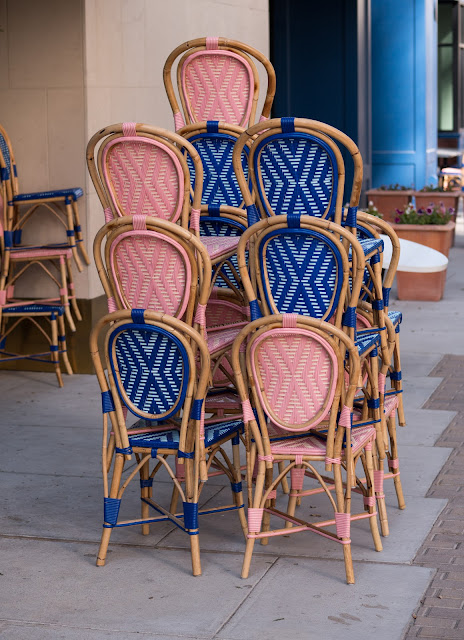 This must be the work of that chair stacking cult I've recently read about.
They come into cities and just stack things. Mostly chairs but
sometimes also bar stools and even recliners!

The Ongoing Battle Between "Need" and "Want." 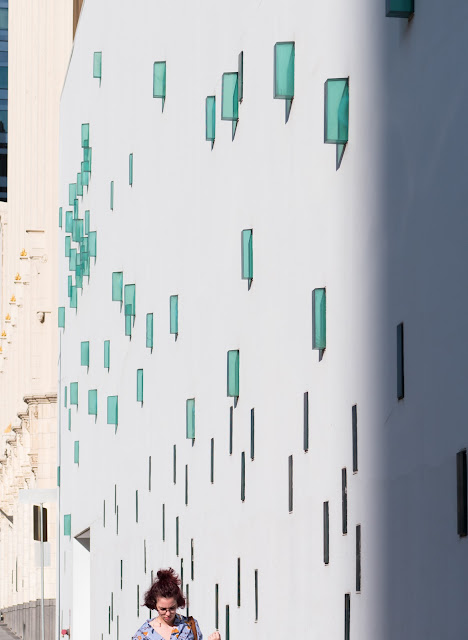 I was intrigued when Olympus announced the 45mm f1.2 Pro lens a little while back. I asked my local dealer to put one on "hold" for me when they came in. He called me last Friday to let me know that a small number of the lenses had arrived and that one had been set aside for me. And all at once I was grappling with the same old conundrum: Is this something my business desperately needs? Or, is this something I think sounds really cool that I would really like to play with?

I did the logical thing. I put the 42.5mm Panasonic lens on my favorite GH5 and went out for a long walk through downtown this morning. I pointed my camera and lens at lots of stuff and made lots and lots of photographs. Now I have just spent some quality time looking at the images in Lightroom. Between this much cheaper lens and the older, manual focusing 50mm f1.7 Zeiss Yashica/Contax lens collection (we have three) in the equipment case I think I'll be okay. If a windfall comes in I'll capitulate and indulge in the new 45mm but for now I'm happy with the coverage I'm getting from these two (in house) focal lengths and the added comfort of also having this important focal length range covered by both of my existing Olympus Pro zoom lenses.

Cleaning out the accrued mess of 20 years in my current office space. Man, we hold on to stuff for way too long.... 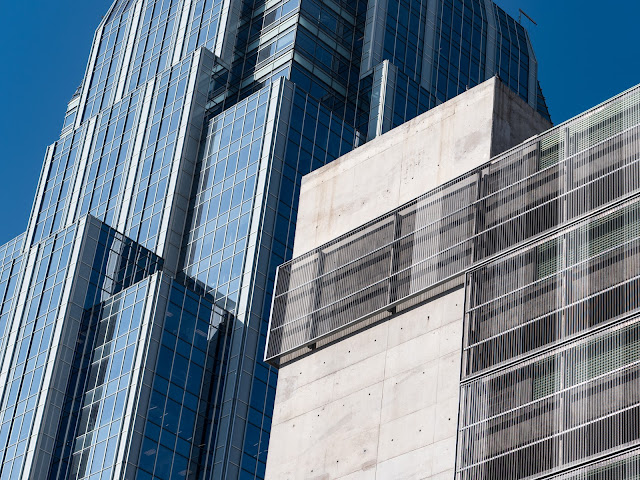 Posted by Kirk, Photographer/Writer at 14:42 6 comments: