A quick and anecdotal note about choosing mirrorless cameras or DSLR cameras. What do the people who sell them buy? 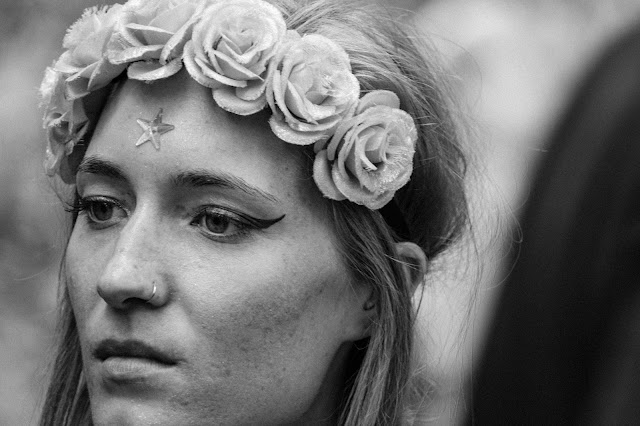 Image from this year's Eeyore's Birthday Party in Austin, Texas

I was at our local community college for an advisory board meeting today at which we discussed the state of photographic education as it relates to our school. We looked at short term plans, the architectural drawings for a vast new studio complex that will open to students and faculty in two years, and much more. The photo program is one of the biggest and best in the country for two year associate degrees, it's well funded and well equipped. They've been at the forefront of the technology side in photographic educations for quite a while... but still also teach traditional photographic techniques and even printmaking.

As part of our annual meeting we advisors also pull out our crystal balls and try to predict the future, based on current trends. The overall consensus is that the market for photographers, both commercially and direct to consumers, is improving and that in the future the photographers who will be most successful, financially, will be the ones who are able to incorporate video, motion graphics and graphic design into their business offerings. No miraculous insight there; we've been saying that in the blog since 2010.

After we covered all the agenda items we moved on to lunch and a less structured and more social give and take.

The subject of camera technology came up and we looked to our fellow advisory board member, the professional representative from the biggest camera store between Los Angeles and New York City. We were curious what trends he is now seeing in the retail sector vis-a-vis camera sales. More specifically, what's selling now and which market segment is doing better: DSLRs or Mirrorless (or, as I say, "mirror-free")?

He smiled and said, "This should sum it up for you. We have 14 sales associates who work the counters at the store. Of the 14 there are 13 who have gotten rid of other systems in order to move totally to mirrorless camera offerings. There's one person left who still shoots with a DSLR."

So, the take away from this small discussion was pretty straightforward. The people whose full time jobs are to counsel and sell cameras to the general public are themselves strong proponents of the newer technology. Or at least 13 out of 14.

It's interesting to hear this point of view since what we see on the big sites is a stalwart defense of the traditional camera companies and a minimization of the obvious shift in the markets.

Posted by Kirk, Photographer/Writer at 16:34 10 comments: 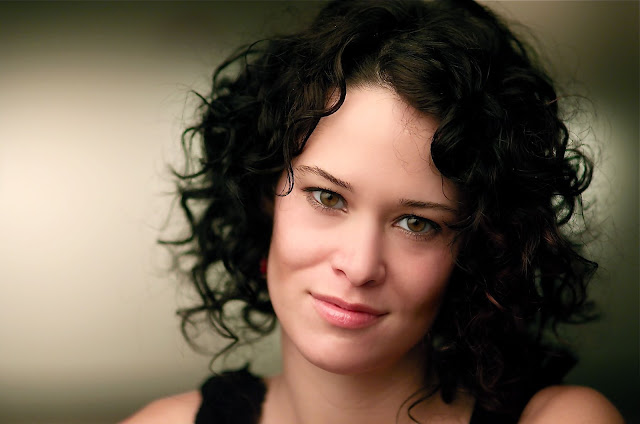 I'm in love with the idea of using very fast short telephoto lenses to make portraits but I'm a bit conflicted right now about their ultimate utility for more routine, commercial headshots.

I think it's safe to say that a lot of people love the look of a portrait where the eyes and lips are rendered sharply but the depth of field is so narrow that the background, and indeed, and even parts of the subject just seem to melt way into a fascinating blur.  It's a style that gets a lot of play across the media landscape.

The easiest way to get the look is to use a longer lens than "normal" and to keep the camera-to-subject distance relatively close. (Not too close or you risk distortion...). The final step is to use the lens as close to its biggest aperture as possible.

I'll be honest, it's a look I like in a lot of portrait work but I've always had a bit of an issue getting the look just right while using flash. One of the reasons I headed into using so much continuous light over the years, and so often, was to have the ability to dial in just the right f-stop with the easy and nearly endless combination of f-stops and shutter speeds that continuous light sources enable. When I set up studio flash shots I was limited in how wide an aperture I could use by the minimum power setting available in studio flash units,  the intensity of unwanted ambient light, or the limitations of using fast shutter speeds (with focal plane shutters) for flash sync.

Working at f1.2 or 1.4 with flash just seemed to be a big hassle. Especially when the warm light from my modeling lights polluted the clean, daylight balanced light of the flash. If I turned off the modeling lights then focusing became problematic (yes, even with DSLRs....).

With newer flashes and high FP flash I can work with wider apertures and flash easier now than in the past but I still find it a bit daunting.

Which brings me to the point of this post: Are fast aperture lenses wasted when doing flash lit portraits?
I still find that if I use low ISOs and higher shutter speeds I still get alternative light contamination from windows, the modeling lights and the practical lights on the location. The only way around it is to block light sources with black curtains and to dim modeling lights after fine focusing. It's all a pain in the butt compared to shooting with LEDs or even tungsten lights.

In most situations I'm not interested in using available light to make commercial portraits because most of the light I find just hanging around in modern offices comes from the ceiling and is a mix of "can" lights with compact florescent bulbs mixed with traditional "in the ceiling" fluorescent fixtures. The colors rarely match and in most situations there's also an incursion of blue daylight coming in to make things more interesting (and less controllable).

But the whole reason to light someone is to sculpt the light and bring dimension to their face. It's also a great way to eliminate all other conflicting light sources.

In a controlled environment I can choose a high enough shutter speed to kill most non-photographer supplied light sources but if I want to shoot at f1.2 I might need shutter speeds at around 1/250th, even at ISO 100. I guess it's time for me to go through this whole learning cycle one more time....especially now that electronic flashes have gotten so much more flexible and controllable. And now that modeling lights (more and more often) are LEDs that are daylight balanced. And especially now when Olympus and Panasonic are offering lenses with fast apertures that are actually very sharp even when used wide open.

After doing this for so long it's kind of humbling to go back and re-learn again and again, but that's the nature of the game.

If you have any secret tricks for shooting portraits with super wide open lenses and electronic flash I really wish you would share them with me. I'll try them out. Anything to keep the work from looking stale.


Posted by Kirk, Photographer/Writer at 15:52 3 comments: