At one point in my career as an aspiring photographer/artist I was attracted to the process of hand tinting black and white photographs. 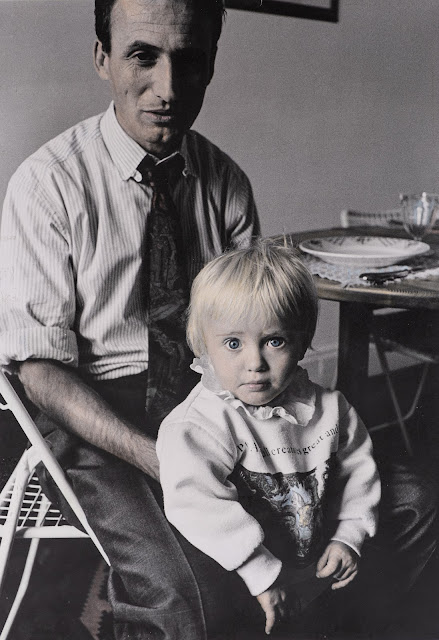 I photographed  this image in the Paris apartment of a friend's friend. My friend Penelope had been invited to have lunch with the father and daughter and she asked if I could come along. Penelope fired up her motorcycle, handed me a helmet and told me to "hop on the back and hold on tight."

As we raced through wide streets my small camera bag swung from side to side behind me as I clung on for dear life. I survived, the lunch was pleasant, and I asked in my atrocious French if it would be okay to take a photograph or two. When I got back home and headed into the darkroom this one grabbed me right off the bat.

I made a series of 16x20 inch prints and did some judicious and, I hope, restrained hand tinting with Marshall's Oil Colors and tightly rolled cotton.

I took the photograph with a Canon EOS-1 and the 85mm f1.2. It was the very original version of the lens which focused more slowly than any other autofocus lens I have ever used. It was a brutally expensive tool and not at all accommodating, mechanically, but I sure loved some of the images I got from it. Obviously, I did not use it wide open as the only thing that would have been in focus would have been the little girl's eyes. At f4.0 it was just right....

I sold the lens when I got home because life is too short to wait for a ponderous lens to get to its business. And at f4.0 I can think of any number of lenses that would have done just as nice a job.

Lesson: some stuff is supposed to be super good. It's usually also super expensive. But if it doesn't work for you it's okay to kick it to the curb.
Posted by Kirk, Photographer/Writer at 22:00 2 comments:

No Comments on this one. 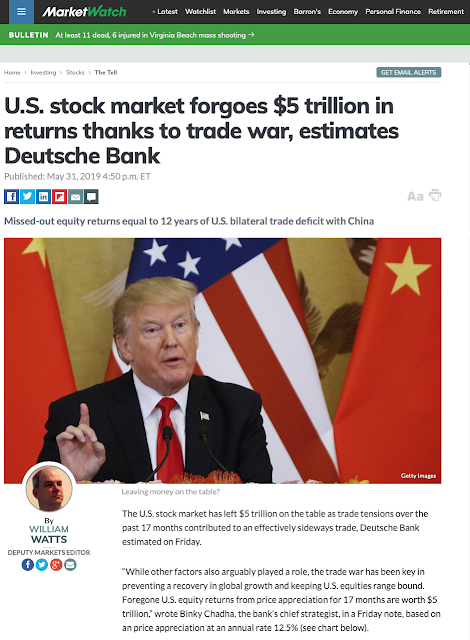 Always remember, whichever side of the political aisle you find yourself, that we the consumers pay for the tariffs. Not the Chinese or the Mexicans or the Germans. We do. The tariffs are paid on the imports by the American buyers and distributors. And passed on to the consumers.

Before you go off on the media be aware that Deutsche Bank is not a hot bed of liberals but the last bank with branches in the USA that would lend Donald Trump any money.

And remember that every single camera worth buying is made somewhere outside the USA...
Posted by Kirk, Photographer/Writer at 18:22

What do you do when you've flown on an overnight flight and you get to your destination in the morning all jet-lagged? You go out and shoot. 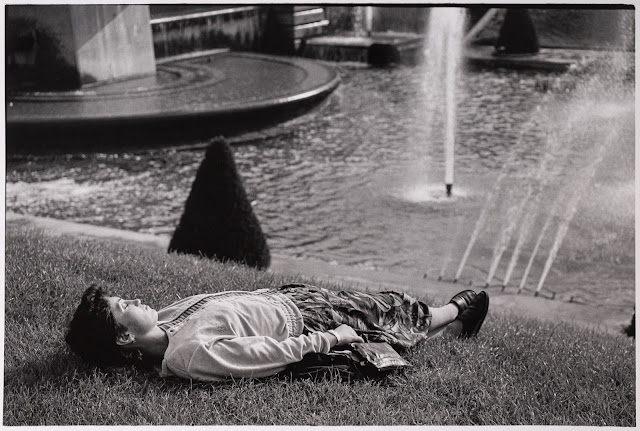 I love to travel but I seem to be more prone to "arrival" jet lag than a lot of people. Even in my 20's I would arrive in an exciting city with one desire... find a hotel room and crash. Hard.

But if you do that your sleep pattern gets all screwed up and you wake up in the middle of the evening hungry and circadianly confused. It never worked well for me.

Now, when I travel, I make a point to dump my luggage at whatever hotel I've booked, grab my camera and a wad of cash, and head out the door to walk through my destination city and take photographs. I allow myself to sink into the flow of the streets like an old man lowering himself into a hot bath.

This image (above) was taken on one of my trips to Paris. I was traveling alone (yes, it is possible to take a shooting vacation solo, even if one is married, and I highly recommend doing so for photographers...) and hit Paris on a warm, Fall day. I was photographing at the time with Canon EOS film cameras (EOS 1n) and I was dragging along an 85mm f1.2, a 20-35mm f2.8 and a 50mm f1.4. All the cameras were loaded with Agfa film of one sort or another. My preference then was for the ISO 100 Agfapan APX but I also carried around rolls of ISO 400 as well. In a second camera body I was shooting Agfacolor Portrait film, a nice, ISO 160 film with a long tonal range and graced with the smoothest of gradients.

As I walked along one of the parks I passed by a large fountain and was amused to find people sleeping on the ground around it. In Texas one rarely sleeps on the ground for fear of ticks, scorpions, fleas and other critters. But Parisians are brave and hearty and omni-nap-ready.

I snapped a few frames and moved on but later something about the image sitting on one of hundreds of contact sheets from the trip caught my attention and I printed it large (16x20) to see why I was interested. I haven't gotten to any sort of final understanding but I"m still interested in the image. I recently put it up on the wall. Maybe it's just that it reminds me of how good it feels to take naps.

The shooting vacation was successful, did not impact my marriage, and helped me retain a certain wonderment and attraction to the process of making photographs. A "booster shot" as it were...
Posted by Kirk, Photographer/Writer at 17:00 3 comments:

A Magazine called, New Texas, hired me to photograph a big game hunter. I'm not a fan of hunting; especially not "big game", but I enjoyed making the portrait. 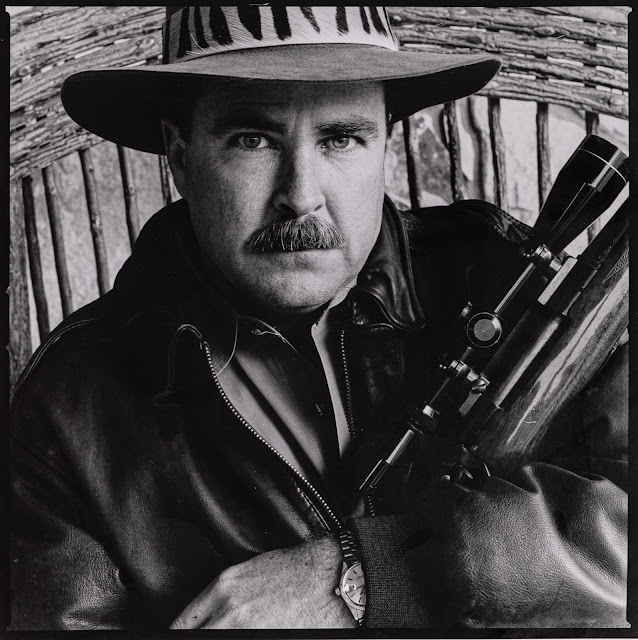 The only challenge in making good environmental portraits is in gaining the willing complicity of the person you've been sent to document. Since I'm not a big fan of hunting any image I make of its practitioners is going to have some sort of subtext that questions the whole pursuit. While it may be too subtle to rise to most people's attention I made the image above as a caricature of a portrait hunter. A bit too serious and a bit too intense for a man sitting on a porch just outside a comfortable house in central Texas.

It was a different time in publishing when I made this image. We spent time. We had time. I set up a large soft box with a flash head powered by an 1200 watt second power pack. The box is just out of frame to the right and used close in. I didn't use any fill on the left side of the frame. I set up a Hasselblad camera on a tripod and made twelve shots with 120 film, using a 150mm f4.0 lens.

After souping the film in my darkroom I carefully printed the full square on a number of sheets of 8x10 resin coated paper until I narrowed in on the look and feel I wanted for the print. Then I translated the settings under the enlarger to print the photograph in a larger scale on 16 X 20 inch, fiber based paper. As was my practice in the day I made one print just a little light, one right on the money and one a bit darker. The reality was that paper "dried down" to a different density than what one saw in the developer or wash trays. The idea was to bracket what you saw in the soup so that one of the prints would, in its drying trajectory, hit the spot you wanted to see.

I was happy with the image after it dried (the lighter initial exposure worked best) so I made a point to print two more for myself. Sadly, magazines rarely returned black and white prints after use; I wanted to make sure I had a good copy.

Could I have done this digitally? Of course, but it was the work itself that had merit for me. The whole process is what sharpens the vision, not just the outcome.


Posted by Kirk, Photographer/Writer at 15:20 7 comments: