A shoot with two cameras. 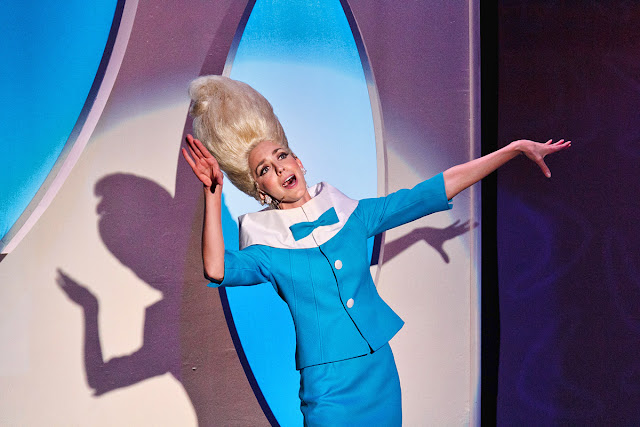 (The image above is a fun one from the archives and has nothing to do with the written content of this post).

We're trying to keep all client engagements short and sweet. To that end I spend time setting up the studio well ahead of time so no one is waiting around. This morning we were photographing one person on a white background. I chose to light with LED fixtures because we followed the "main course," portrait photographs, with a short series of video captures. The continuous lighting worked both ways.

While it's easy and possible to switch a couple menu settings on the Lumix S1 camera and go from photographing to filming (?. We need some new words here that don't use film analogies) when you are working quickly it's even better to have two identical cameras and set each one up to shoot a specific type of file. I shot the photos  in raw and in the "natural" setting, with a few tweaks. I shot the video in 10 bit 4:2:2 .mov files at 4K and used the flat setting, with a few tweaks. The video camera was preset for shutter speed, aperture and ISO so all we had to do in the switch over was swap cameras on the tripod. Nothing to overlook in the heat of the moment.

It's a good way to work. If we were back in leisure times it wouldn't have been a big deal at all to use one camera for both and to take a break between the two parts of the session to make sure the settings were exactly right. But now time seems more critical.

I shot the video in a fairly high light environment and I used the 24-105mm f4.0 lens on the S1 with the V-log upgrade loaded (it offers other capabilities besides V-Log) and I used the face detection mode in the AF settings. The camera and lens locked in like an armadillo on a grub. There isn't a second in five minutes of video where the camera loses focus lock or hunts.

Later in the afternoon the advertising agency/client got an online gallery with 310 color corrected Jpegs and a WeTransfer.com file transfer of 1.3 GB of 4K video. Now we're just waiting for photo selections. Once I get them I'll retouch the images and drop out the backgrounds to provide Tiff files with layer masks. Everything we shot will eventually go to the web.

My videographer buddy texted me this afternoon to let me know he was pre-ordering the Sony A7SIII from B&H photo. I was amused. Only a week ago he was all ready to spring for a Canon C300 mk3.
I can't fault his choice (yet) since we haven't seen any reviewers do a deep dive on the Sony camera yet. And he does have a complete selection of the best Sony lenses. But I'm gun shy about Sony cameras right now. There always seems to be an undisclosed weak spot. It will be interesting to see if they've finally delivered a flawless video camera. They have gotten a lot of stuff right this time: starting with the menus...

After using my S1 for today's video I have no current camera lust. There's not much out there I really feel like buying. I'm sure that will change. I'm sure I'll let you know. But I can assure you it won't be a Canon M5 or a Sony A7Smk3. Just not in the mood...

There is one cinema lens I wouldn't mind having but I won't mention it for fear the price will go up before I commit.

Hope you are safe, happy and have decided not to send your e-mail to me that starts out with: "You Should...."

Posted by Kirk, Photographer/Writer at 18:16 4 comments:

Sliding progressively into the right moment. Prelude to shooting. 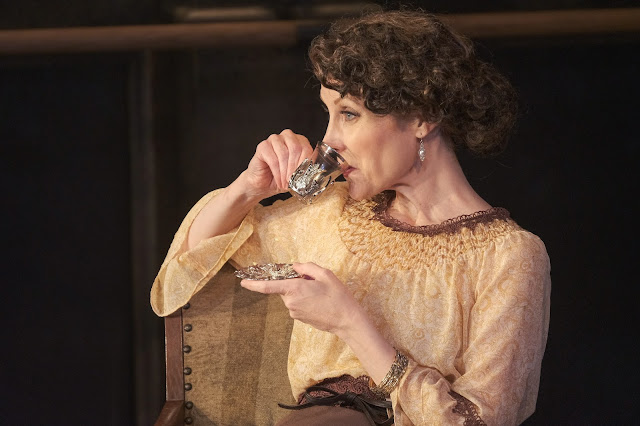 
One of the things that disappoints me about working in this time of having to be conscious about being safe is losing some of the social niceties of photographing people. While we try to be efficient when making "headshots" against a seamless background when time permits I like to take a bit of time to get people into the set, spend some time chatting or having a cup of tea (coffee!) and letting the subject comfortably immerse themself in the environment in which we'll work.

The current protocol calls for spending less, not more, time engaging with each other. Under this regimen it seems most practical to spend as much time as possible setting up all the lights I'll use for a session and relentlessly testing them with a stand-in (usually me, via self-timer) so that we can maximize our results in a prompt fashion when the talent arrives.

We're doing a shoot in about thirty minutes and I've gotten the shooting space as well set as I can. I've swept out the space, done the custom white balance, carefully checked exposure and even gotten down on my hands and knees to scrub the shiny, white boards that I use under people's feet when we're shooting against white and dropping out the background. When today's CEO and her creative director walk in we should be able to bow to each other, give a few instructions and then position her on the background and start shooting.

It wasn't always this way. In the absence of face masking and fear of contagion we would have had the CEO's make-up done here. I would have had time for a coffee with the C.D. and we would have gone over all the things he'd like to get from the shoot once again. He'd add in any new information that might help.

The talent would spend 15 or 20 minutes being ministered to by a personable and charming make-up professional and I would come by and have a conversation aimed at winnowing out her past experiences as well as the things she likes and dislikes about photo sessions.

We'd have craft service which, for a morning shoot would consist of muffins, coffee, tea, water, fruit, and little cubes of cheese for people who needed some protein but forgot to eat breakfast at home. Today, not so much. We have bottled water because it can be dispensed with an eye to safety.

Ah well. This too shall pass. I'm looking forward to our session this morning. It's nice to glide back into a routine that I know well and like even more.

As so our recent comment-fest: Sorry to unload on you with two different posts but sometimes a bit of negativity goes a long way. I feel like all of us would love to get back to real life but suggesting we substitute one activity with another can be annoying. I may have given someone the impression that I was desperately looking for advice about how to fill my free time but, looking back at recent posts, I sure don't think that was the case.

Like any of us I despise discrimination in most forms; especially when it is aimed at me. The not so subtle age-ism of the one post was a lively trigger. The implication seemed clear: I'm too old to be taken seriously as a photographer. I had to answer that one or stop blogging altogether.

Yesterday's last post exhorted me to "get out more." I was stunned. I'm always working, always meeting (either outside for distanced coffee meetings or by the wicked screen meeting tools) and always shooting. The idea that I need to stop what I'm currently doing to go to a small town to photograph a Dairy Queen is laughable. Certainly not on my radar of fun or interesting things for me to photograph. I generally leave the glorification of the cliché and banal to people like Alec Soth.

The idea of substituting landscapes for portraits just because portrait shooting is less available than last year doesn't make sense to me at all. It's like telling me that since swimming pool time has become less readily available I should take up pole vaulting in earnest. Or, that instead of exercising I should take up a sedentary pastime like playing pool (snooker?). The one is no substitute for the other and trying to press against the emotional inertia and friction would probably cause one's head to combust.

I appreciate the support of the majority of readers as expressed through the comments. It helps me remember that I am not only writing for the socially impaired but for a larger audience of people who are similar to me. Thanks.

Now, client arrival imminent. I've got to grab a mask and be ready to greet them. Have a great day.
Posted by Kirk, Photographer/Writer at 09:15 7 comments: