It was a luxurious day to take a leisurely and comfortable walk with a small camera. 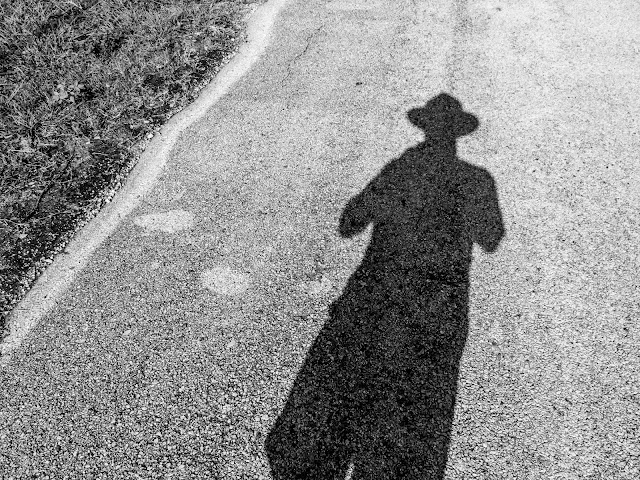 There's something both whimsical and practical about taking a small, discreet and convenient camera along with you when you walk. I've done it both ways; I've hauled around promethian cameras that weighed too much and were complex to operate, and I've walked with the more sybaritic protocol of having a camera along that was just good enough, but weightless to carry. And if your goal is a walk with exuberance and relaxation then the smaller camera is definitely the right choice. If you are in one of those moods where you feel compelled to be a tortured artist then no one is going to talk you out of packing the big gear.

I woke up late today. I had the most restful sleep I can remember in ages. I didn't rush over coffee and breakfast but I took it outside, on the back patio, away from my laptop and all the news of the day. Only the sound of birds and wind through trees. When I laced my shoes I knew it was going to be one of those walks where you feel like you have endless energy and no pressing schedule to rush you back to the shackles of commerce.

I went out with nothing special in mind and came back with exactly the same balance. Nothing I photographed was revelatory, nothing sublime. Just a quick snap here and there to commemorate the idea that the walk itself is the treasure. Not whatever might come out of the camera.

I'm not sure why but I felt relaxed, rich, strong and curious. What a great blend to motivate just the right kind of walk.

When I got back to the house I was hot and sweating. I tossed the camera on the desk in my office and walked into the north yard. I tossed my sweat soaked shirt onto the edge of the old wooden bench, kicked off my shoes and socks and stood under the cool water of the garden hose. Cool. Refreshing. Calming. I left my clothes in the sun to dry.

I spent the afternoon reading "The Wind in the Willows." Ben made a fine curry dish for dinner. Belinda smiled at me and touched my shoulder just so. For just right now, in this moment, everything is right with my world. Let me stop for a moment and really appreciate that. 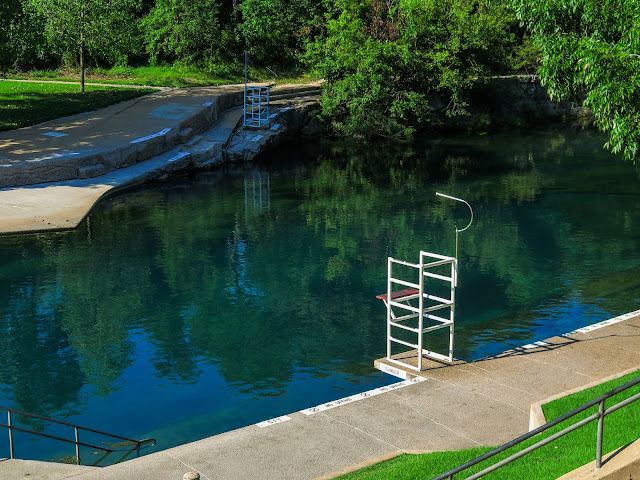 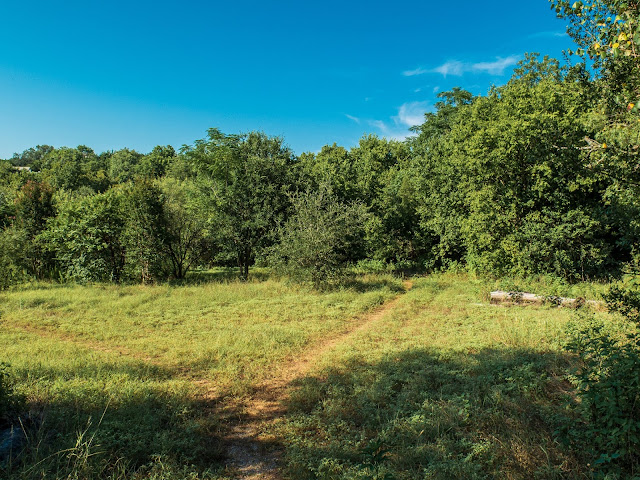 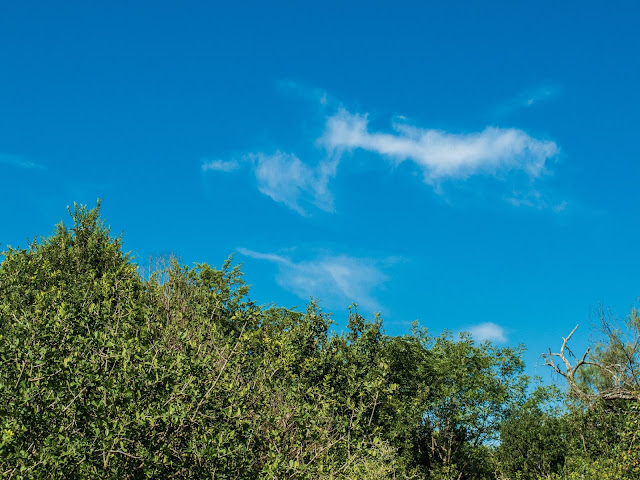 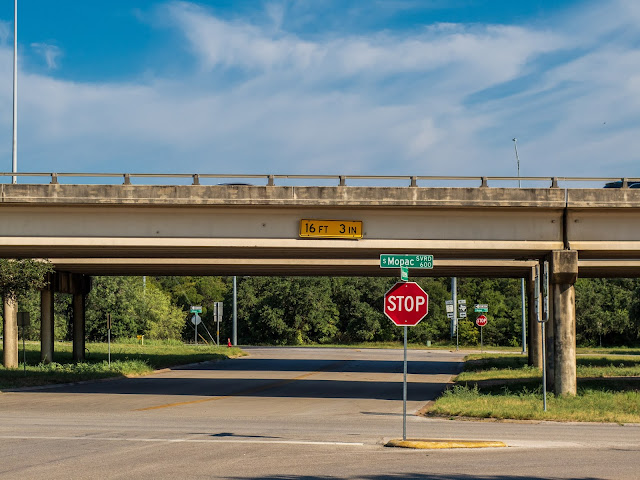 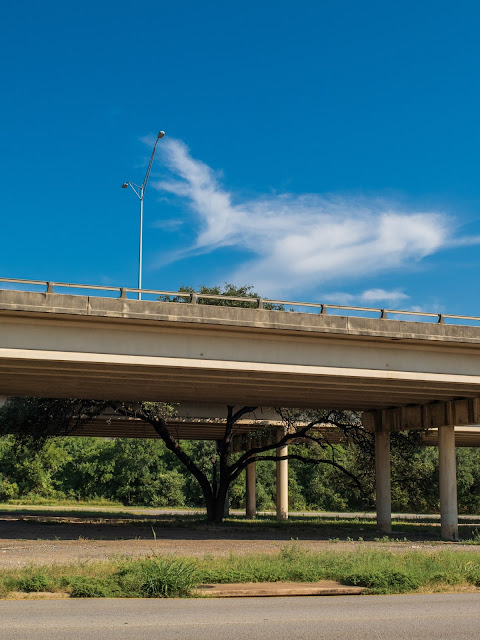 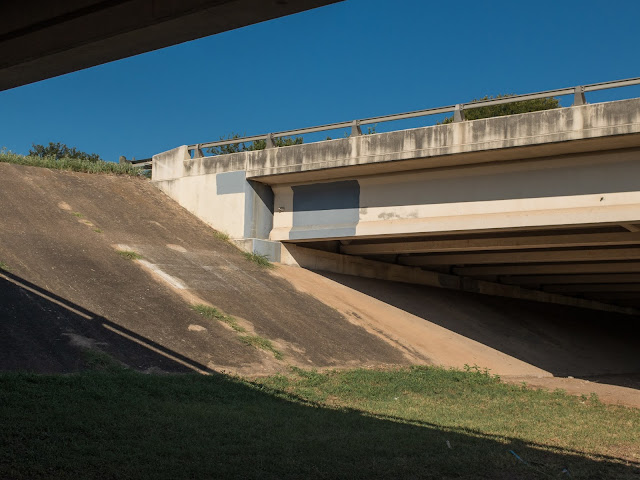 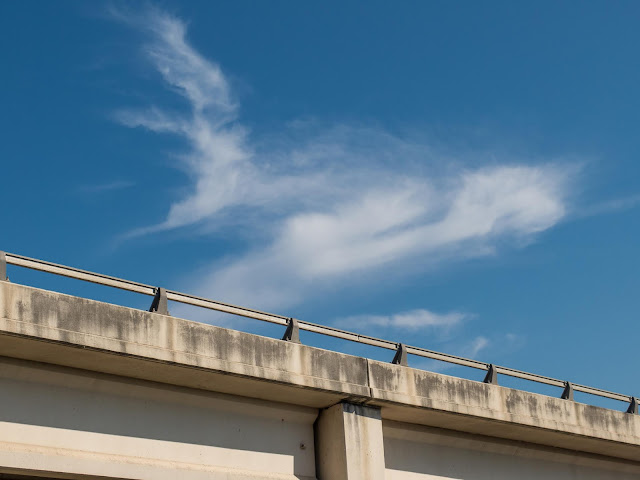 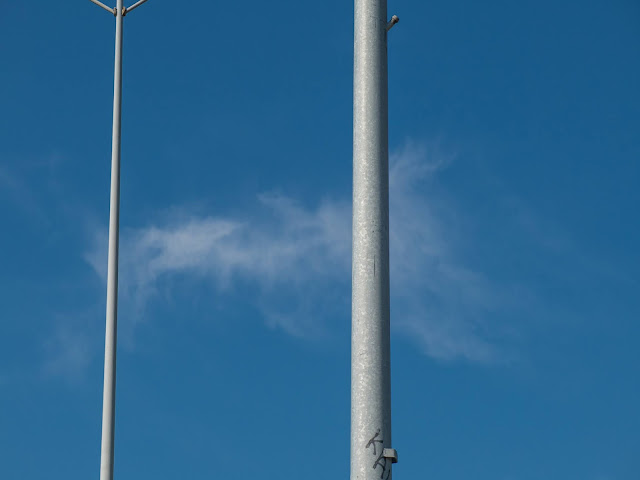 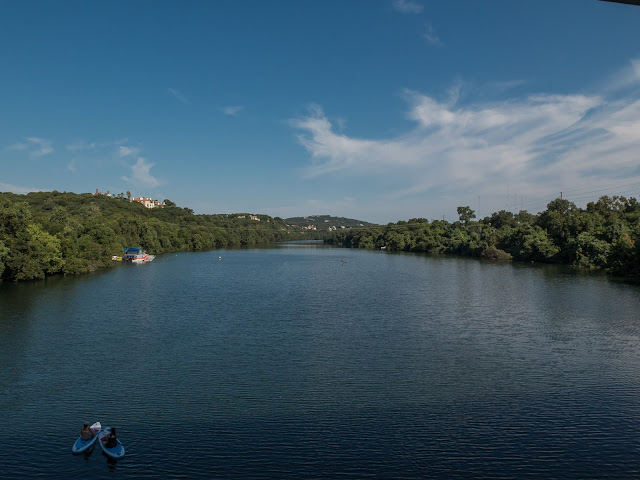 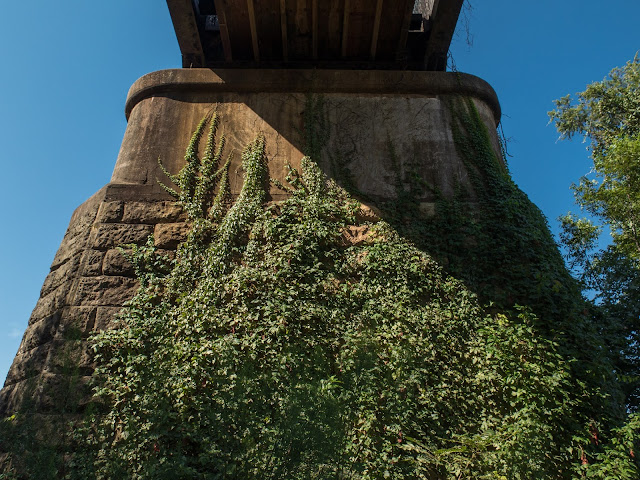 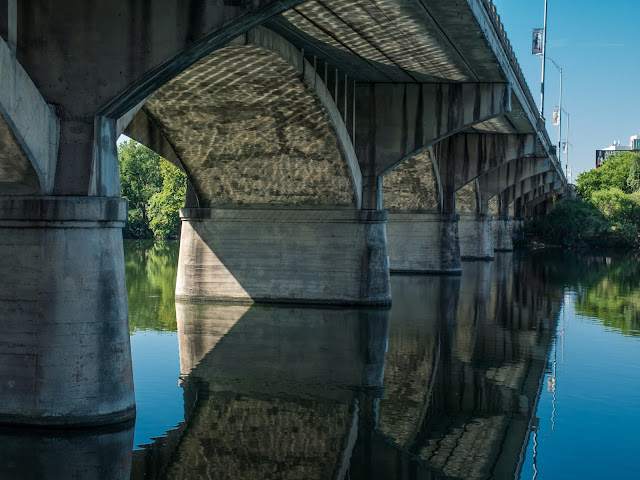 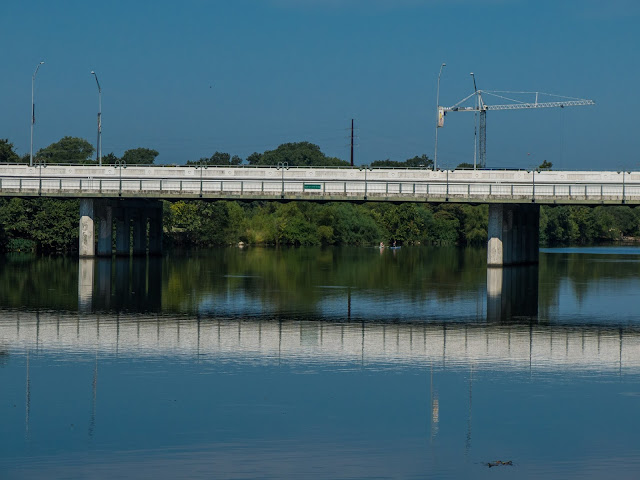 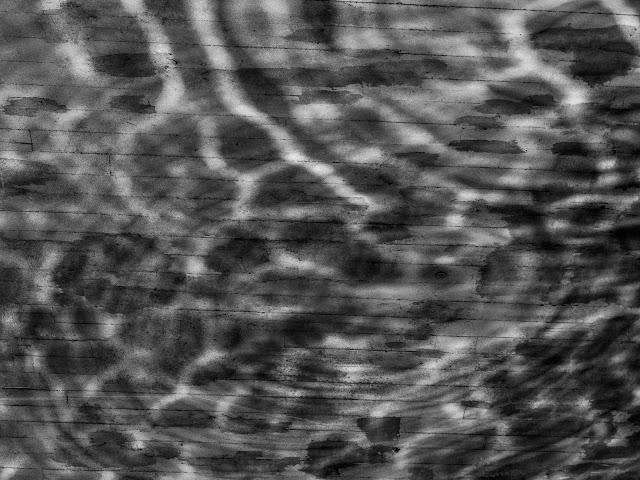 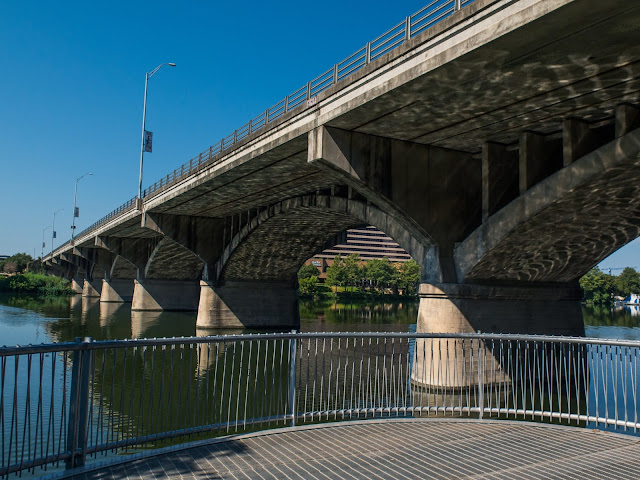 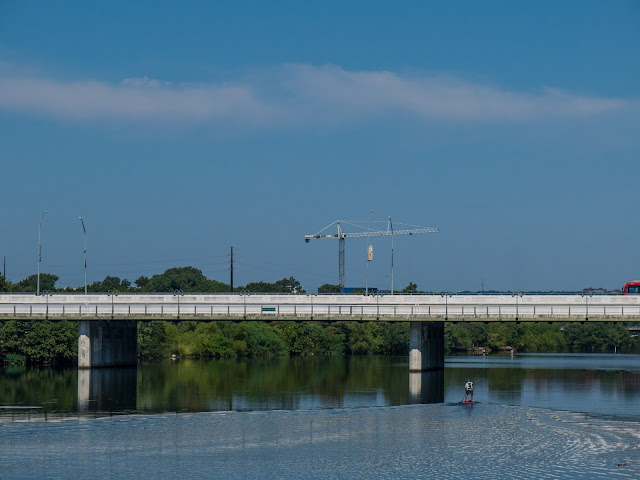 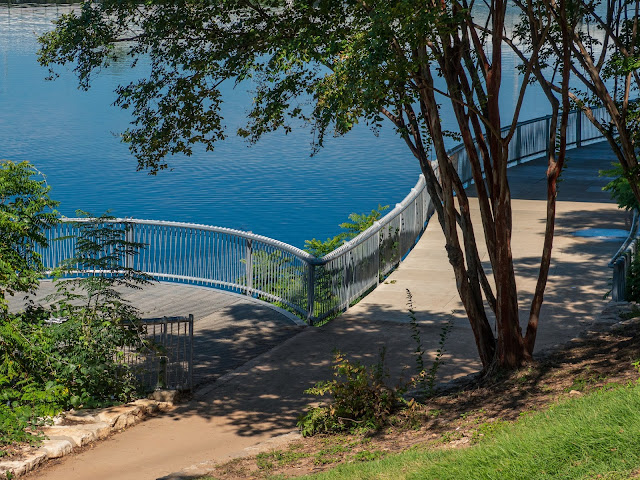 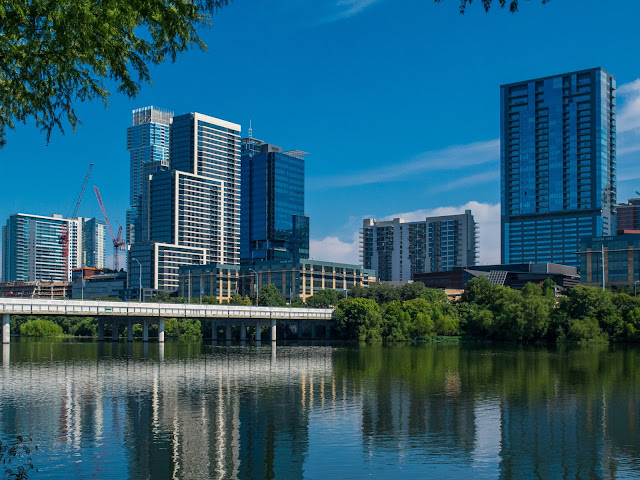 A few thoughts on the newest hysteria: cameras overheating while shooting esoteric video. 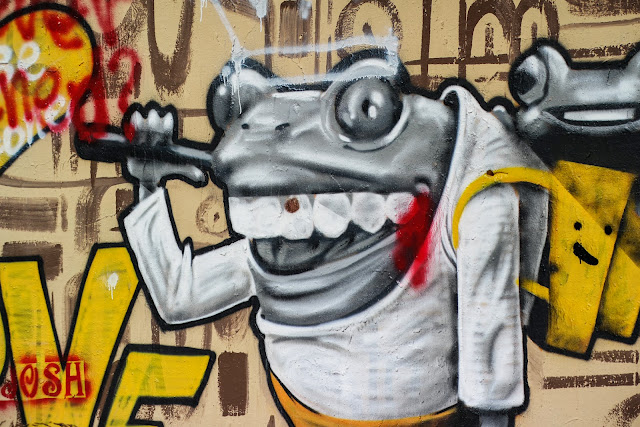 Many years ago I was a still photographer on a movie set here in Austin. I worked around a large crew of people and we basically just overwhelmed locations when we came to film. This was during the days of only film cinematography; no digital. It was a hot Summer and most of the production was done in evenings and at night. Most of the day time work was spent doing the interior scenes that were part of the project.

But after reading some current/new camera reviews and watching people pontificate about the "horrors" of an 8K consumer camera having the temerity to overheat, I remembered going with the crew to a location out on Hwy. 290 West, just outside of Austin, to film a scene with a couple of train cars in the background. We went at midday.

The lighting crew had been on site for hours, setting up 18K lights and various huge diffusion scrims as balance lights for the ultra-bright Texas sun (pre- any air pollution). Once the camera crew and the director arrived the DP, the director and the AC roughed in the angle of view and camera position for the first shot and then quickly retreated to an air conditioned RV while people further down the pay scale got to work. The first thing the crew did was position the camera, figure out the framing and then erect a open sided tent over the camera to shield both the camera and the operators (camera op + focus puller) from the direct sun.

Then they set up the director's station and put a tent up over that.

I thought the tent over the camera, to block the radiant heat of the sun, was solely for the comfort of the camera crew. As a working photographer no one up to that point had ever thought of putting up some shade for me while I was working on a shot but --- I've planned for it on every exterior shot since...

So, in some downtime I teased the camera crew about the tent. They were not amused. They slowly and carefully explained to me that movie film gets degraded by heat. Heat from anything. It's like slow motion mayonnaise in direct sun. It will eventually have color shifts and increased grain and other junk happen. And if the film gets damaged nothing else matters. A great take is meaningless. Brilliant acting is wasted. Etc.

Since the movie film, when attached to a big cinema camera, is in a black metal film magazine, you can imagine that the interior temps of that black box skyrockets if you leave it out in the sun. A simple method of reducing the temperatures by a minimum of 20 degrees (as compared with direct sunlight) is to always keep the gear and the film in the shade. Even if you have to make shade.

When the Red series of cinema cameras came out movie production made its real move into digital. I got to shoot stills on some motion projects (mostly TV commercials) where Red cameras were the primary digital camera used on the project. Those camera, which fully outfitted cost somewhere in the $50,000 range ( lens additional ) would all overheat. If it was Summer then the cameras were overheating. The large sensors and the high bit rates pretty much guaranteed it.

And these are cameras that have built-in cooling fans. The data throughput heated up these 4K and 5K cameras like little toaster ovens. And the first line of defense was to always, ALWAYS  keep them out of the direct sun. Some D.P.s and camera crews kept their Reds in big coolers till it was time to shoot. Others figured out clever ways to attach ice packs around the cameras. Several very famous directors, who loved the look they could get out of the raw movie files, demanded that the productions working on their movies rent two or three Red cameras so that when one overheated they could cycle the second one in. And then the third.

I have a movie camera called a Sigma fp. It doesn't overheat. It was designed not to overheat. But when I use it for advertising stills or to shoot video clips out in the sun I bring a C-Stand, a side arm, a couple clamps and a 60 inch diameter white umbrella. The umbrella gets positioned over the camera and lens. If I can swing it I steal some shade from the rig for me as well. The Sigma fp was also designed with a big external heat sink and a non-moving (no mechanical image stabilization) sensor. But I would still put it under an umbrella or a tent if I was shooting in full sun. 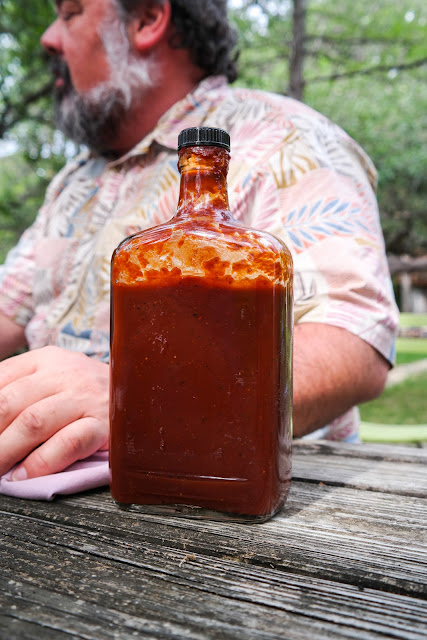 Many V-Loggers and reviewers have been critical of Canon for making a camera that can shoot 8K but when doing so might overheat. Commenters are already trumpeting the "deal-killer" words. You would have thought Canon put out a camera on which the lenses randomly fall off without warning. The same people who wouldn't be dumb enough to leave a fish sandwich with extra mayonnaise, or sushi, out in a plastic Baggie™ in sun for two hours before eating it are expecting a camera with tech forward features to fair much better.

Here's an interesting workaround for all the people who are mortified by an 8K camera overheating in full sun: Try blocking direct infra-red light from hitting any part of the camera. Seriously. Then, do what all the Black Magic, Sigma fp and other professional owners do when they need to shoot higher spec video settings which heat up their cameras --- use an external digital recorder, like an Atomos, and benefit from not writing to the card in the camera (which takes more processing power, which generates more heat). If possible, power the camera from an external power supply so the battery and everything around it in the camera doesn't heat up.

I don't really have an opinion about whether or not people need to shoot 8K video but I do know that they should be smart about doing so if they really need or want to do it. If 8K is mission critical then so is shade, an external recorder and some common sense. You can buy a car that will go 140 mph at red line. And you can drive it flat out with the air conditioning on full. I can more or less guarantee you that if you choose to drive that way in Texas on an August afternoon your engine will reach it's limits sooner than you think and you'll have a lot more to worry about than waiting for your consumer camera to cool down enough to work again. Just a thought.

I've shot video with Sonys that overheat. The one that was most abused but never shut down, or even flashed a warning, was the RX10-3. I never had a Nikon D810 shut down either. But I when I was shooting those cameras we were using the smallish codecs provided by Sony and Nikon. Not a fire hose high, and complex data stream.

I lent a camera to a writer once. He ran afoul of a homeless person he was no doubt badgering for a photo and the camera went sailing high into the air, stopping only when it impacted with an asphalt road. The camera was totaled. The writer was huffy. He suggested that camera makers should build sturdier cameras if they wanted to call their cameras "professional."

No one ever lent him a camera again.

From everything I've heard from the more rational camera users I know the R5 is an extremely good photography camera and goes (at least) toe-to-toe with the likes of the Panasonic S1R or the Sony A7R4. If you use it properly you can get some amazingly good video files from it as well. But once you veer off into esoterica you have to understand that limitations apply. You have to leverage what the camera can do with mindful use strategies and good set engineering.

Otherwise you're just red-lining your gear to see where the break points are. And you're the one who will ultimately suffer.

I'd love to have a Canon R5 and the 24-105mm RF zoom. I bet it's incredible. I'd shoot video with it too. But I'd first educate myself about the best ways to make it all work. Sad that people are so....unwilling to learn.

Tent. Tent everything. Walking on the surface of Mercury? Be sure to bring a metallized umbrella to hold over yourself and protect you from the sun. Oh, and make sure your Nikes don't melt.... 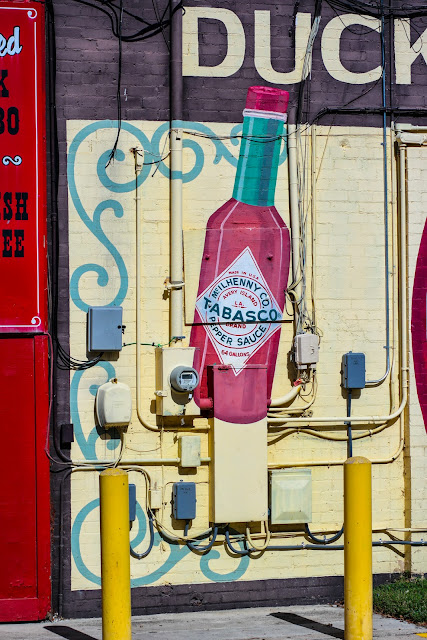 Does anyone remember when computer chips overheated and IBM started making machines with liquid cooling? Really. Even Apple had a model with liquid cooled chips. I liked mine. It kept my feet warm in the winter..... but the fan noise was still bad.

I predict (tongue in cheek) that all hybrid, mirrorless cameras will come with liquid cooled sensors and built-in fans in two years or less. And I predict that Tether Tools will have a $300 white umbrella that attaches over your camera in the next month or so. And I predict a company in China will have pretty much the same thing a couple months later for a lot less money.

Stay cool. That goes for your cameras too!!!