Do you photograph with a mirrorless camera? If yes, you might want to find a good, film era, 135mm lens and an adapter. They seem to have, miraculously, gotten much better than I remember them having been. 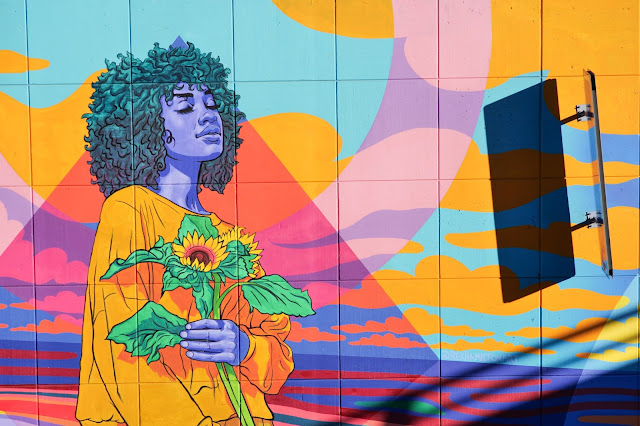 The one feature that mirrorless cameras ushered in and which I embraced from the outset is the ability to magnify the preview image in the finder/LCD so that we can manually focus more accurately. We seem to think that lenses only just became really good in the age of digital cameras and digital sensors but, more and more, I'm finding that older "legacy" lenses could already be very good on their own; even if some of the optical design considerations were different for film than for digital.
I started buying mirrorless cameras when Olympus came out with the EP-2 which offered an EVF attachment that allowed eye level focusing and composing. The camera was among the first with a shorter lens flange to sensor distance which allowed one to use dozens of adapters to retrofit hundreds or thousands of lenses to the body. I bought my first mirrorless camera specifically to use with my collection of Olympus Pen-FT half frame lenses; many of which are still quite good performers.
The Panasonic S1 series works very well with older, manual focus lenses that were originally designed to be used on film cameras. If I find an interesting older lens that was designed for use on an SLR I go to Amazon and check to see if there is an adapter available for that lens mount family which will work on an L-mount camera. Usually the adapters are available in the $20-$50 range and it's rare for me to get one that doesn't work well with both the camera and lens. I've gotten one or two really cheap ones with too much play but most are well made and almost every one I've gotten has allowed for infinity focus.
I recently picked up two Contax Y/C Carl Zeiss lenses at bargain basement prices. These were both lenses designed to be used on the mid-1980s Contax line of SLRs. The lenses and cameras were built in Japan by Kyocera but before you turn your nose up remember that Kyocera was the maker of several well received Leica SLR zoom lenses, and that the engineers at Carl Zeiss designed their branded Contax lenses and set the parameters for their manufacturing and quality control. In short, with a few exceptions, most of the Contax lenses from that time period, if well maintained, are good-to-excellent and, perhaps a step above other brands from the time period.
I owned a number of Contax lenses back in the late 1980s when I shot with an RTS II, and then an RTS III camera, and never had reason to complain about their optical performance.
When I found a little collection of the lenses in the used department of a camera store I opted to buy the 28mm f2.8 (which I wrote a bit about yesterday) along with the 135mm f2.8. Both are later, MM mount lenses with slightly improved coatings and no "Ninja Star" aperture artifacts. You can tell which lenses are the later models because their smallest aperture settings/numbers on the external aperture rings are colored green.
There was a 50mm on offer as well but I skipped that because I already have a good copy here in the studio which I had originally bought to use with an earlier Sony A7 variant. In retrospect I might as well have bought the one at the store since the supply is ever dwindling, but I'm trying to curb my reckless avarice for lenses.
I found an adapter supplier I like for two reasons. First is that every adapter I've bought from them has fit both camera and lens snuggly and allowed focus to infinity and, second, they are priced at under $20 apiece. I have two of the adapters and use them on the two Contax lenses I use most, switching out when I need access to the third lens.
When I shot with 135mm lenses in the film days we did not have image stabilization or really good focusing assistance from our cameras. Sure, the optical finders were optimized for manual focus lenses, and there were split-image or microprism focusing aids but all focusing was done strictly at whatever the viewfinder's fixed magnification was. Now we can "punch in" 16 time or even 20 times on most higher end digital cameras which means we're focusing at multiple times the accuracy that was available on something like a Nikon F3.
While I did an acceptable job focusing a 135mm lens on a traditional camera I can plainly see the huge advantages of magnifying the viewing image in order to fine focus. And that brings into clear view the advantages of focusing while the images are being stabilized.
We tend to think of image stabilization as a benefit only at the time of exposure. We push the shutter button and the image is stabilized for the duration of the exposure. But if you think about it from a different point of view; that of IBIS being a focusing aid, you'll see that stabilizing the overall view of the image while manually focusing also allows for much more precision and accuracy in the process. Which means a much higher number of better focused keeper images.
All of a sudden, and maybe for the first time, we can actually see and take advantage of the innate qualities of some of the lenses we previously dismissed as "good in their time, but...."
When I looked at the results of my casual test shots with the older 135mm I was happily surprised that, like the 28mm lens, the 35 or 40 year old lens was entirely capable of matching current AF lenses in that focal length range, without issue. An interesting observation for someone like myself who is happily disposed to experimenting with old lens-to-new camera adaptation. 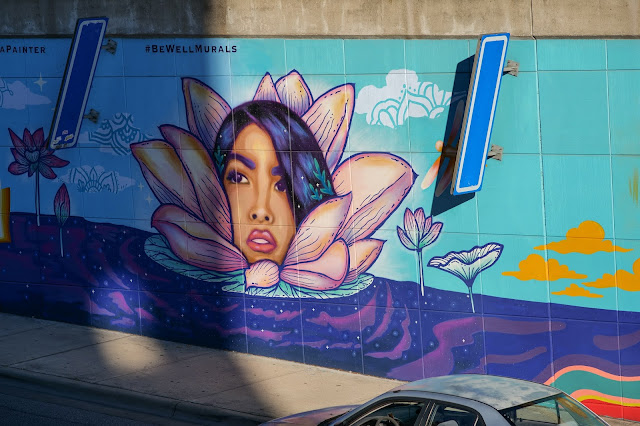 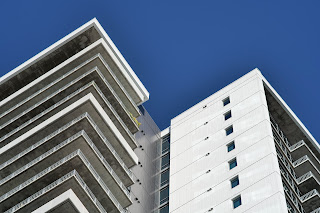 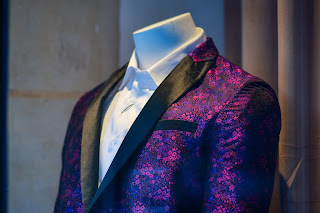 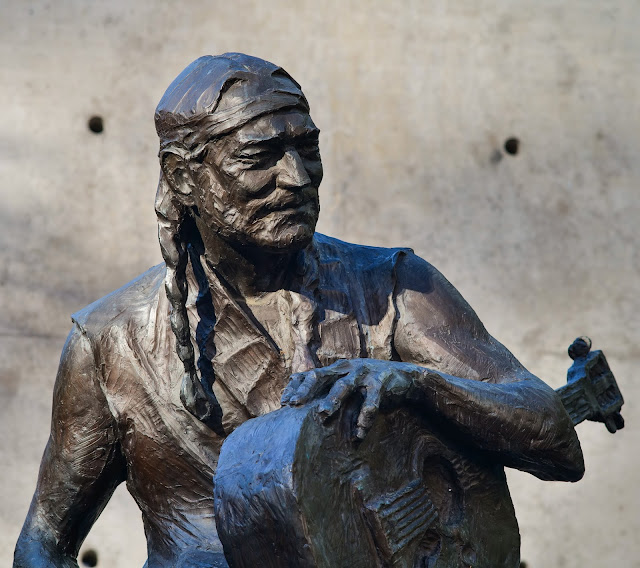 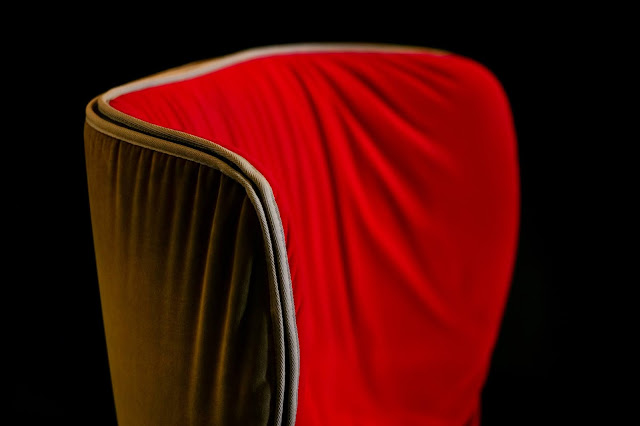 funny how a detail of a chair can be visually appealing to me.
I saw this in a downtown hotel and enjoyed the contrast of the bright
red against a background which I could see with my eyes but which
fell off into darkness in the photograph. 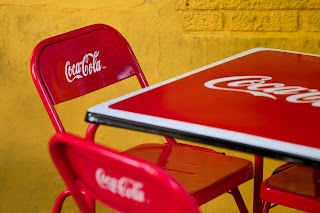 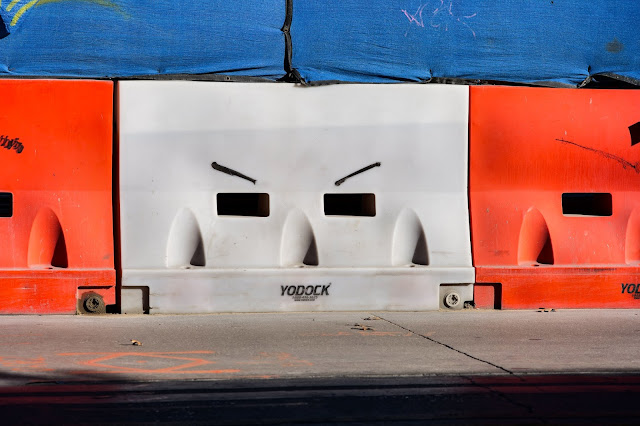 Making faces out of traffic barriers. 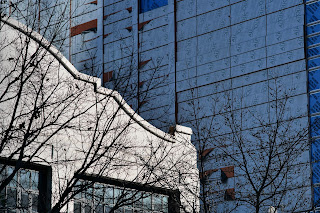 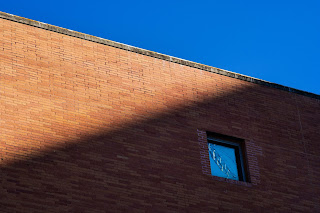 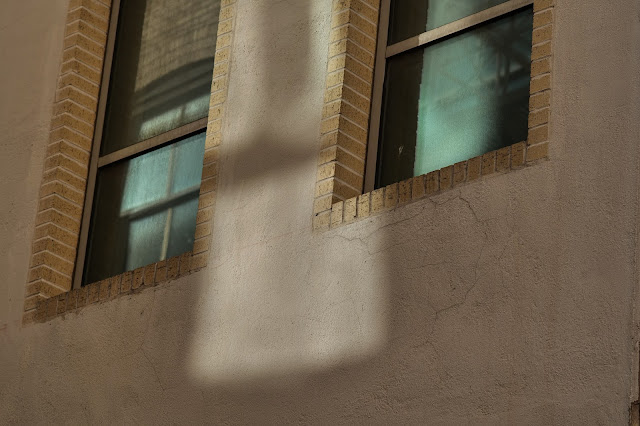 Another face created by light. 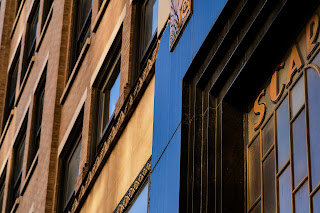 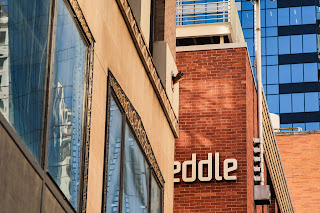 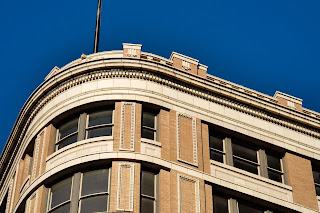 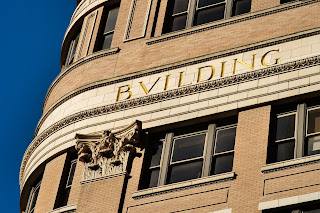 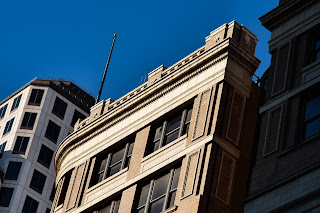 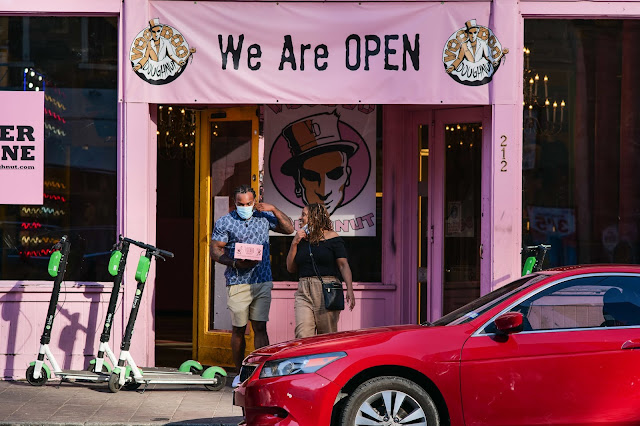 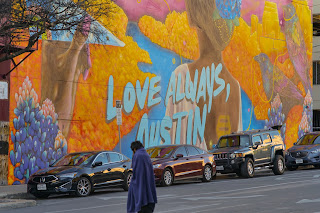 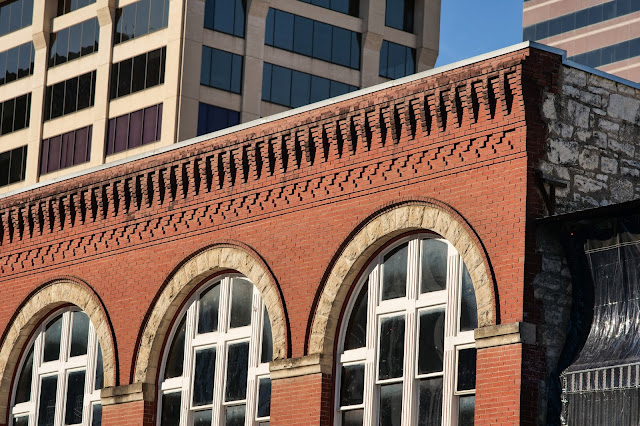 Posted by Kirk, Photographer/Writer at 12:04 13 comments: