I took some photos with the Leica SL and the new-ish Panasonic 20-60mm zoom lens. It was encouraging. 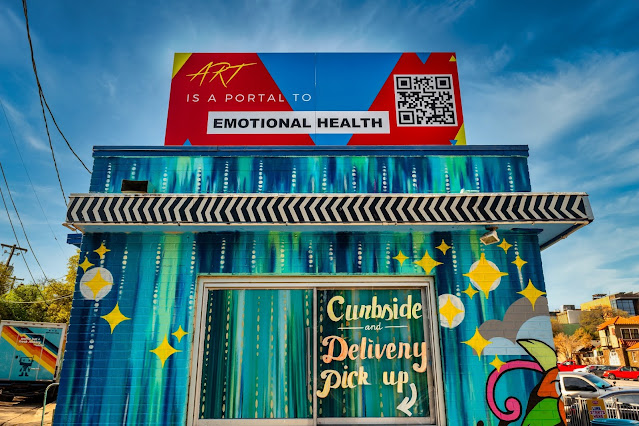 When I decided that I'd probably never use a two pound, 20mm f1.4 prime lens; no matter how good it potentially is, I sold it and replaced it with a lens I'm getting a lot more use from. In my humble opinion it's an overlooked product. It costs $600, feels like it's made mostly of nice plastic, and it's slow with a variable aperture that starts at 3.5 and goes to 5.6. It usually comes bundled as a "kit" lens with the Panasonic S5 which, if you part them out, drops the price of the lens to $500.
I imagined that the lens would be "adequate" but at least acceptable for my wide angle uses. I conjectured that if I needed a little better performance I could always bring out the 24-105mm Panasonic zoom which I've used a lot over the last year and never been disappointed. But I thought I should give the new lens a shake out and so I did a couple of week ago and I posted the results here.
But I was at loose ends yesterday morning and it started out cool and crisp so I decided to get a few fast walked miles in and grabbed the recently acquired Leica SL and paired it up for the first time with the Panasonic 20-60mm.
So, it's a fine lens. Really, really nice to have along when shooting and walking for hours. It even helps offset the weight of the SL pretty well. I've looked at the images very carefully and they seem nicely sharp and largely without the usual foibles of wide zooms. No discernible vignetting. No LoCa. No sloppy unsharpness in the corners. But, of course I cheated and used f6.1 which should be the sharp point for most of the focal lengths provided by the lens. While a Leica 24-90mm zoom might have been a smidge better I doubt I want to carry it on a heavy camera, on a strap, over a shoulder. So it probably would not have been invited along.
The 20-60mm is nice. I bought mine used for $400 and now consider it a bargain. A $400 zoom lens on the front of a Leica --- and it was the star of the show. An odd photographic universe but that's why it stays interesting... 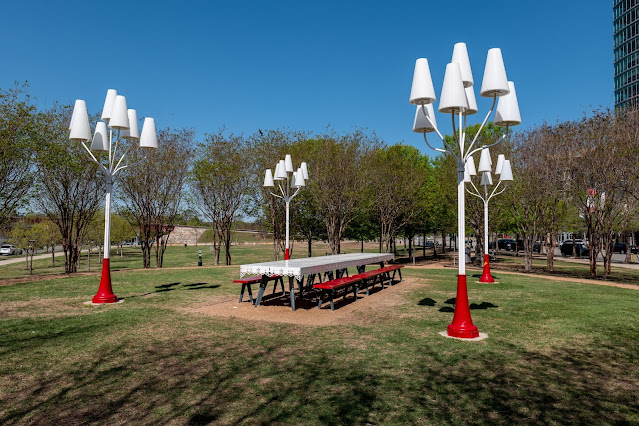 The city of Austin can be...odd. This is a big, metal, community picnic table.
the faux tablecloth is part of the design. This assemblage of lights and the table sit out
in the middle of a green space just north of Lady Bird Lake.
I like how eccentric it all is. 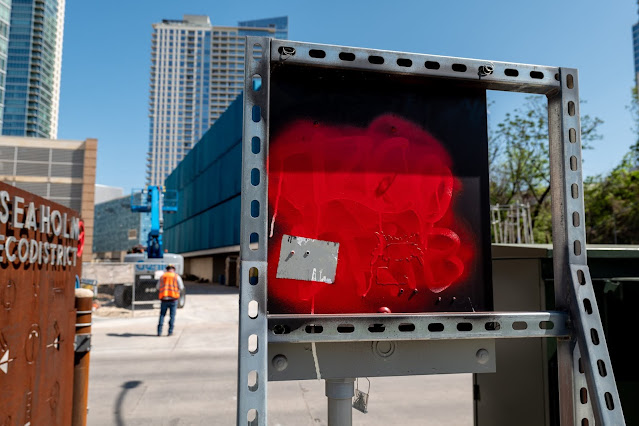 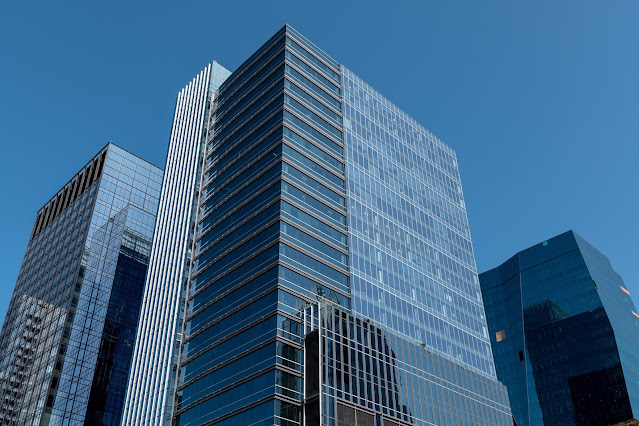 Not seeing much distortion with this lens. 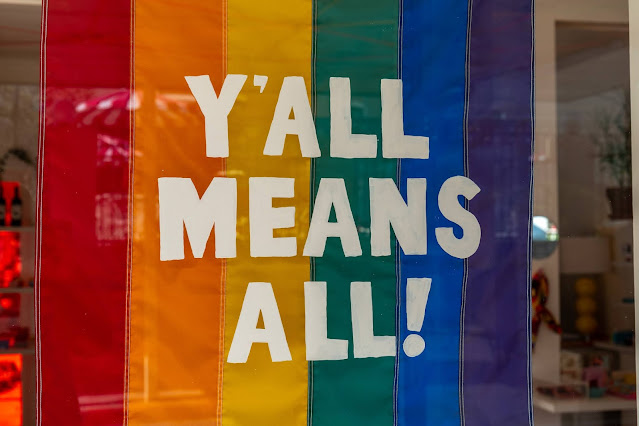 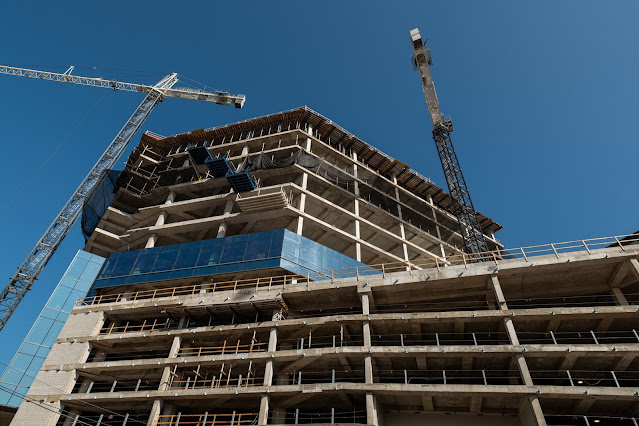 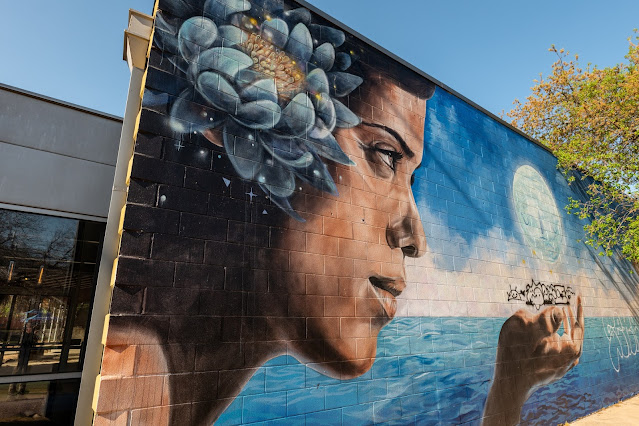 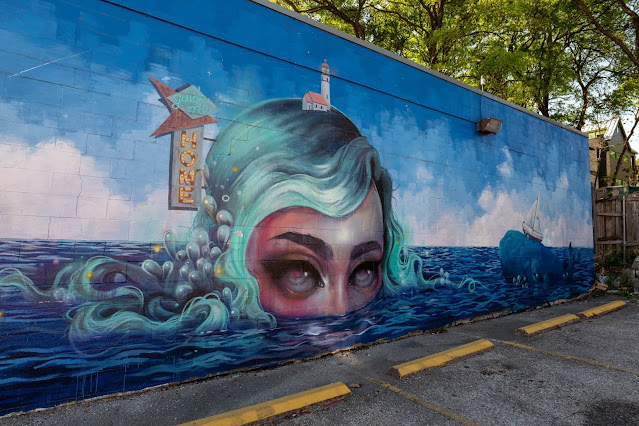 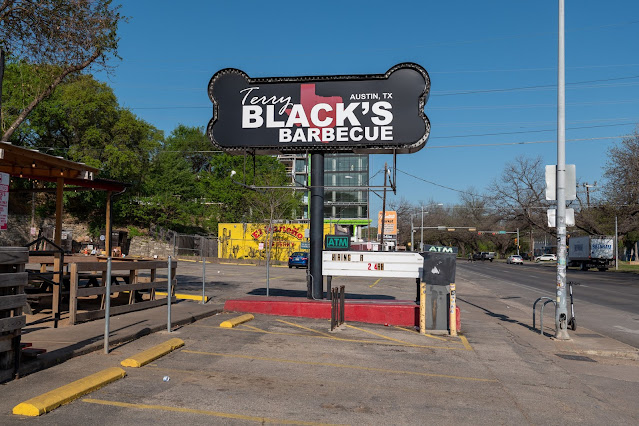 NOT my favorite BBQ restaurant. Not. 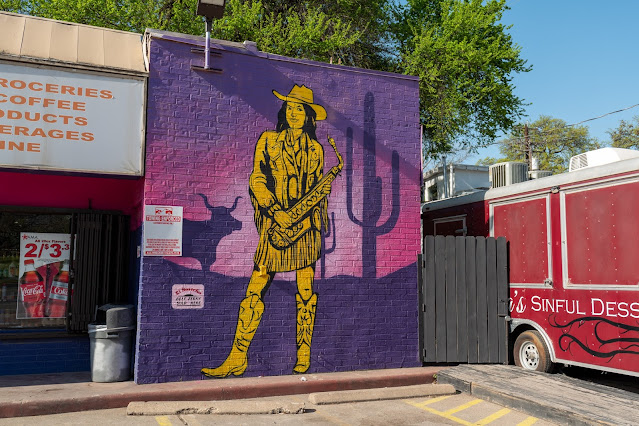 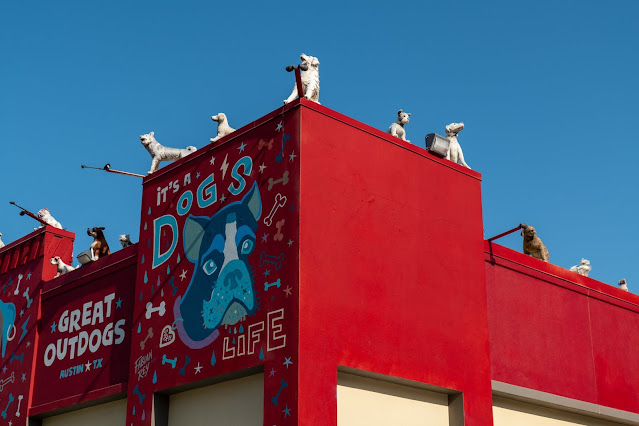 Leica SL does red. And blue.
Posted by Kirk, Photographer/Writer at 18:59 3 comments:

I tried something different when I scouted a location today... 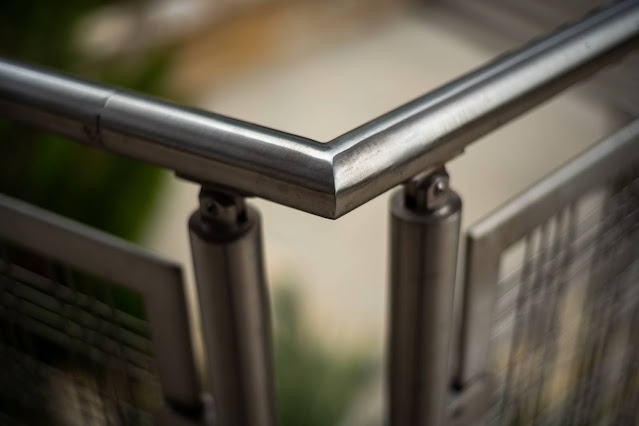 An P.R. agency I work with got in touch with me yesterday. They were in a small panic (but they handled it well). They have two client who are flying in from somewhere and they need new portraits taken of them to couple with a series of press releases. They said they'd like to do something downtown but would like to have the background "kind of blur out...."
We arranged to photograph tomorrow around lunch time so I decided to go back downtown and make some scouting pictures of likely locations. I did the usual scouting by taking note of places for the subjects to stand that would be out of the sidewalk traffic and places for me to stand while taking the photos that wouldn't be out in the middle of car traffic.
When I got to my destination I had the idea that I might better show the client how this would all work if I blurred the background in the scouting photographs. It would be one less thing for them to try and imagine.
I was carrying the recently acquired Leica SL and I attached my favorite Contax 50mm lens to it. Then I set the focus to between five and six feet and opened the lens up to its widest aperture; f1.7.
The world looks different when you intentionally blur it. We're overcast today and I hope we stay that way until I finish with this project tomorrow. I plan to bring a small flash and a tiny soft box. It doesn't have to be much, I just want to add a tiny bit of direction to the light. If we're in overcast it should all pan out just right.
Since I was once a Boy Scout and really liked the motto ("Be Prepared") I went ahead and cleaned up the studio and set up a background and some lights there. If it's pouring down rain tomorrow, or crazy windy, we'll just move everything there and keep the process moving along.
Now that I think about it I guess if we retreat to the studio I could use one of these ready made background in a composite and still get the shot they wanted. I've never "blur scouted" before so I wanted to share the idea with you and see what you think. Good idea? Stupid? Right now I'm thinking it's pretty cool.... 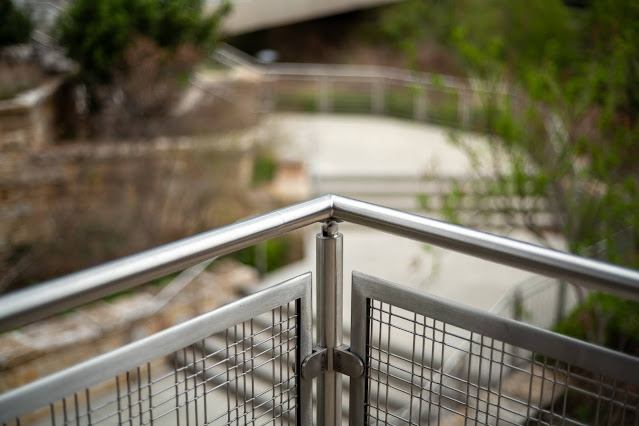 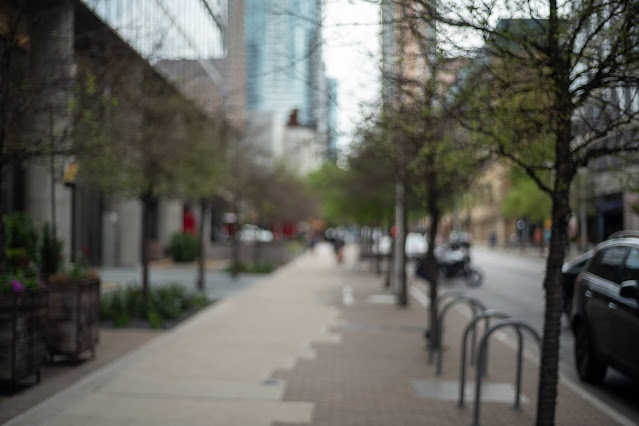 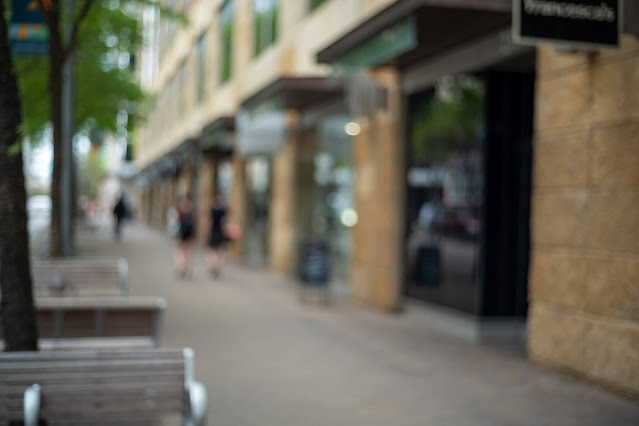 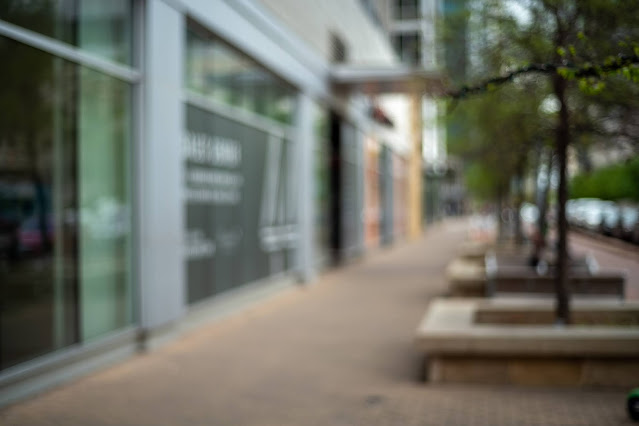 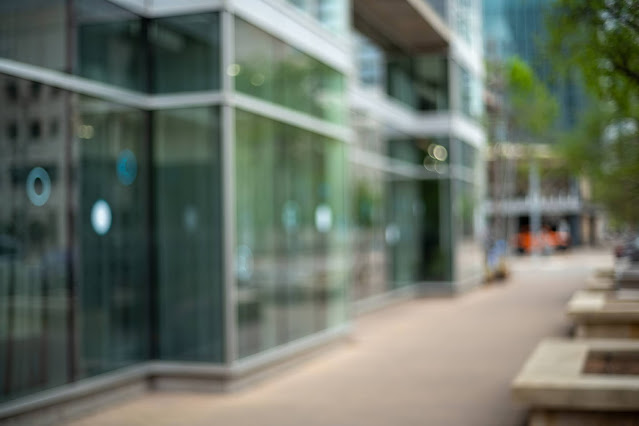 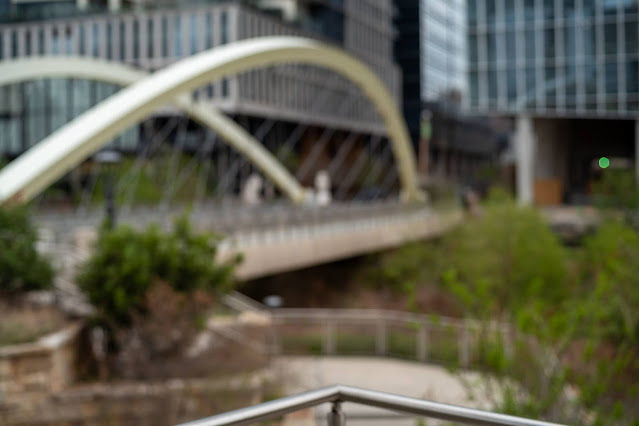 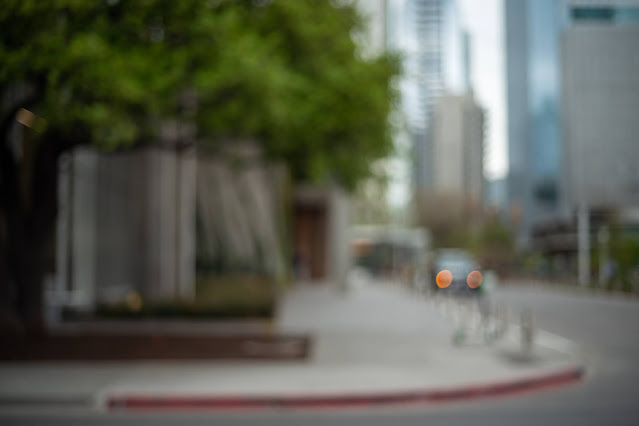 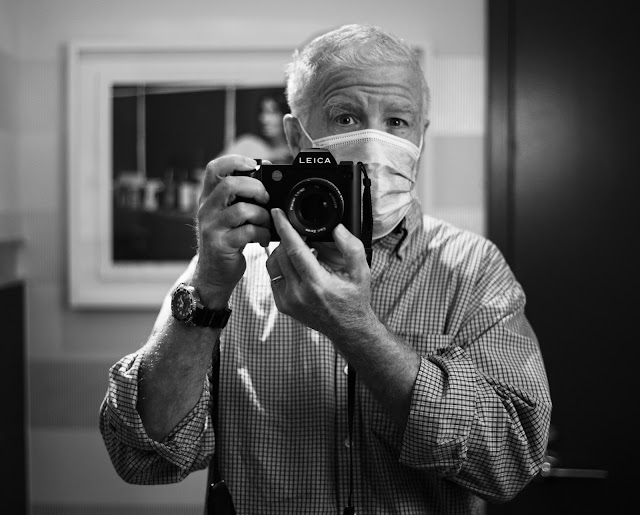 A quick "thank you!" to my unwitting patron, the W Hotel.
I have used their fine restroom facilities through a large
percentage of the pandemic. Nicely upscale.
Very clean.
Posted by Kirk, Photographer/Writer at 18:33 4 comments: