The kind of photography I'm missing these days. 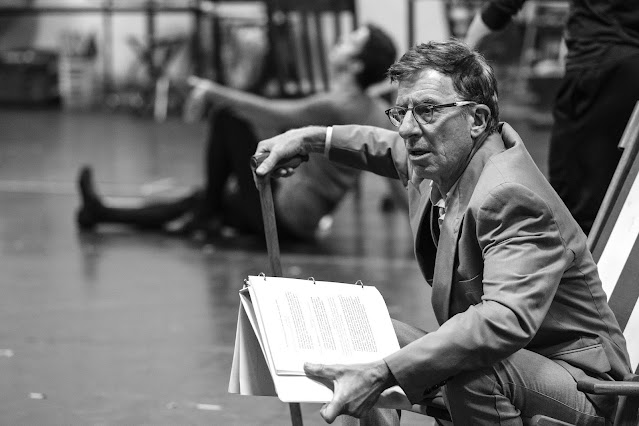 Over the years assignment photography has gotten more and more controlled and to the point. We get a brief about the project, maybe some samples or comprehensive layouts, and then we work to deliver something that exists only in a very narrow envelope. I understand that this is an "efficient" use of time and resources and that people are in a rush but there are other ways of working and those are the ways I miss.

I like this off hand photograph of actor, MATT McGRATH as Sergei Pavlovich Diaghliev in the late Terrence McNally's last play. McNally came to Austin to produce his final piece, Immortal Longings back in 2019.

I made it a habit, back when the theatre was open and running, to drop by the early rehearsals and try to get some interesting shots that we might use for human interest stories and stuff like that. Maybe short teasers for the news outlets...

In these visits I didn't have a brief, there were no expectations of any particular sort. I'd stay for an hour if the rehearsal was slow and draggy or multiple hours if there was constantly changing visual stimuli. It was totally up to me. And since I was hanging out at the early part of previously unproduced plays I had no idea of how the action would flow or even what to expect.

Occasionally I would read the script in advance but not usually.

It was early Fall of 2019 when this play was being produced. It changed a lot throughout the process. Even after the first week's "soft" opening the script was being cut or edited or added to between shows. A wild process when compared to commercial work. On the evening I dropped by I was still working with Fuji cameras and I was particularly interested in the 56mm f1.2 lens and how it rendered images.

I tried to project a low energy, anonymous persona and I tried not to engage anyone while I was shooting. More of a "fly on the wall" sort of perspective. I'd see something I liked and I would shoot a few frames. Then I'd put my camera down at the end of its strap and wait, passively, for something to change or build or even fall apart. It's the only way I know of to get really authentic working photographs. Stuff that doesn't look set up because it's not.

We used to do something like this process with conventional clients as well. We'd come into their location and treat the project like anthropology. I'd walk around and just look for images that told small stories. Expressions, details, gestures, etc.

It seems that now we have shot lists, tight schedules, and we have to hurry through them. And when we finish the clients head for the doors and scatter. It's not just a reaction to the pandemic because the "adventure" of advertising photography had been heading in this direction of "cut and dry" non-engagement for while.

A fantasy I used to have earlier in my career would be getting hired to do a historic documentation of a major company like Dell or IBM (in its earliest days) where one would work in the same way that the White House photographers worked (pre-Trump). Which was with day-to-day and hour-by-hour access in an attempt to create a visual history of an administration. Or the early history of an important company.

We used to do more of this but I guess in today's efficiency obsessed arenas, and with clients who demand total control, the casual, photojournalistic style of documentary photography is failing quickly.

Too bad. I really liked it. It was the magic ingredient for visual story telling. "It" being time spent exploring and photographing whatever catches your eyes... 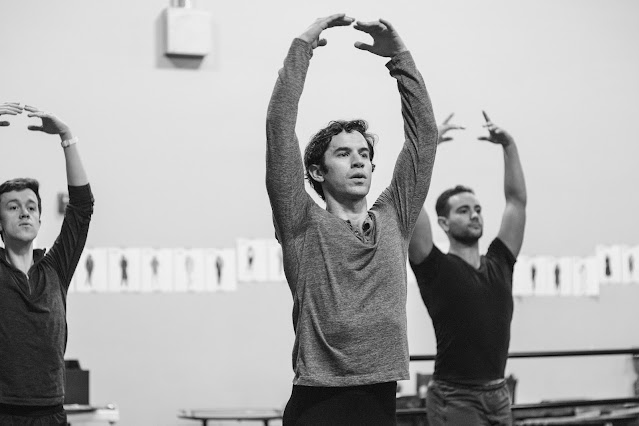 From earlier or later on the same evening.

Posted by Kirk Tuck, Photographer/Writer at 18:36

these are nice B & W photos!

That seems to be the trend with everything, doesn't it? Less fun. Less play. More efficiency. Kids can't be kids playing outside. Now they need to be in structured programs with levels and achievement badges. Little children are graduating from kindergarten and then grade school. We are all so tightly wound now. Everyone is offended at everything. Everyone's time is so important. I think this is why, in part at least, illness and disease are on the rise. Stress is a killer.

You are so right (as usual), this really hit the spot with me, and I now realize what it was that pushed me to retire (well to quit regular paid work). Some of us need to live in a less structured environment and take each day as it comes; if you can achieve that and still earn a reasonable living I think that you have succeeded in life. Thanks for all your posts (and the pics are mostly great too).

Thanks for all your posts

A photographer needs an open mind to find an opportunity to tell a story with photographs. It's a rewarding experience when it happens and the photos need few words.

Once projects become too scripted, they won't need photographers anymore, any AI will do.

Isn't that what's happened with Hollywoon blockbusters, just a formula now. Every scene, every plot twist seems familiar. I stopped watching them decades ago.

People miss real content, but many don't know it.

Today blog posts seem like magic to me. I wrote this piece yesterday and later, in the evening, I got an e-mail from a long time client asking me to go to Sante Fe at the end of the month and spend three days doing a free form documentation of a banker conference. Good fee, great hotel and no ponderous shot list. Yippee! Feels like Christmas.

I either read or was told that one key ability of good photographers is that "they notice things." Meaning, I think, that they hang out in a particular environment and see great pictures that other people simply don't see at all. I was once covering a demolition derby in a rural county in 1985 (as a reporter) and the photographer I was working with nudged me and said, "Look at the flag." The American flag was fluttering from a pole in the infield and I looked at it and said, "Yeah?" And he said, "It's got 48 stars." Never would have seen that in a hundred years.

Santa Fe at the end of April? Let me know if your client needs to have a second shooter to wander around the city for three days, photographing whatever catches his eye...

Have you seen Doug Menuez' coverage of the earlier days of Apple? His book is "Fearless Genius: The Digital Revolution in Silicon Valley 1985-2000."