HeatWaveTography. Getting out before noon. Walking slower. 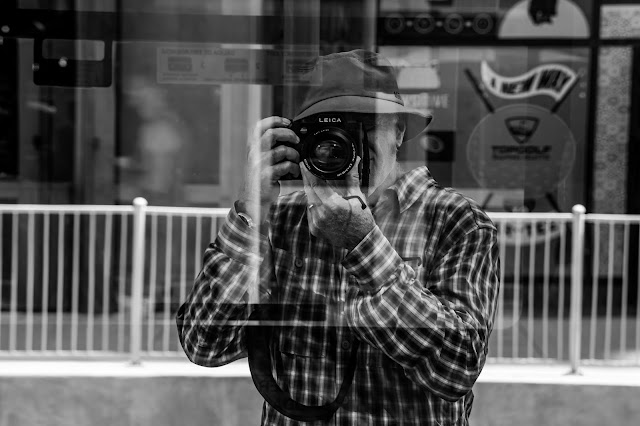 The total anti-UV experience. Long sleeves, a bucket hat, enough sunscreen to paint the side of a house...

Another glorious morning in paradise. The pool temperature is holding constant at 80°. Cool enough to make the first jump in a little thrilling. Cool enough to allow for fast swimming and longer distances. I think all the swimmers are saying little prayers under their breath for a continuation of perfect water temperature.

The sun is already on all four corners of the pool by the middle of workout. I've started applying sunscreen before I leave the house. I'd hate to have to admit to my dermatologist that I didn't work at a bit of self-protection if we hit another "rough" patch. Hard to admit to a guy with a sharp knife in his hand that your lackadaisical attitude made his work that much more difficult...

After a quick breakfast I headed downtown to take some photographs. Sure, I shot about a thousand frames this last week but there's something delicious about photographing exactly what you want without a client in tow or client expectations throttling your creative choices.

Last night I had the idea that I might enjoy revisiting the recently acquired Carl Zeiss zoom lens. The 35-135mm one made for the Y/C Contax mount and adapted for the L series cameras. I also had the idea that I'd want to photograph in black and whites and I'd want to use Jpeg files. So I put a fresh battery in my pristine Leica SL (the first gen., 24 megapixel model), fitted the lens and grabbed the functional but fashion impaired bucket hat and got moving.

A blogger recently talked about creativity ebbing and flowing. That sometimes inspiration just doesn't arrive.  My response was that I believe in the discipline of work. Creative things happen when you are working and if you can muster the discipline you can be working with your camera all the time and deeply engaged in the creative process. It's when you start looking for excuses NOT to go out with your camera and play that you've hit a pivotal moment which could go either way. Either you'll spiral away from the process, finding more and more reasons to delay or postpone, or you'll have the epiphany that the Muses strike mostly when you are already immersed in your craft and intentionally practicing it. They rarely make house calls when you are sitting around in your pajamas watching reruns of "Jeopardy" on the TV. The goddesses of creativity are especially resistant to people who want to procrastinate and whine about not being ---- inspired.

I wanted to walk with a camera today to more closely align my practice with my own vision. These walks are like "palette cleansers" after a week of commercial work. You are essentially giving yourself permission to do "stream of consciousness" photos for as long as you want to. Or, in this Summer, for as long as you can take the heat. Consider yourself well blessed if your photo play takes place indoors, nestled in the chilly but comforting blossom of air conditioning.

After a busy week of photographing with the SL2 and then the GH6 I had almost forgotten how much I like working with the simple, minimal and industrial SL. It's so well built and so rationally laid out that it becomes about as transparent as any of my other favorite cameras. And since I paid less than a third the price I parted with for the new SL2 I have no trepidation about taking the SL into any environment. It feels as if it can meet any challenge my staid walks can toss at it. And its demise will sadden me but it's easily replaced.

The Contax Zeiss 35-135mm zoom is a monster. The slower apertures (f3.3--f4.5 variable max) make manual focusing a bit less sure because the depth of field tends to muddle the exact point of sharp focus. I usually have to magnify the frame to make sure I'm putting the laser-edge of sharpness at just the right point. But so far I've been delighted by the look of the files from that lens. Even today, shooting in black and white, I am impressed with the bite of the images and the way the files work in black and white.

I started my walk at 10:30 but by noon it was just too darn hot to continue. The heat just weighs on you after a while and you start to pass up shots and at some point you become so weary that the idea of pulling the camera up to your eye seems like too much of a burden. That's when you know it's time to head home, drink ice tea and scare up some sort of light lunch. 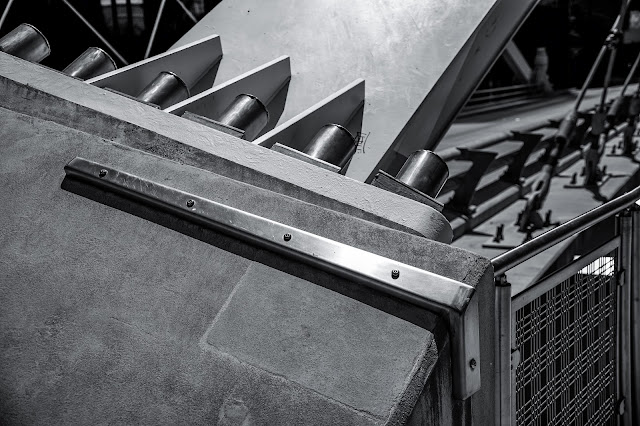 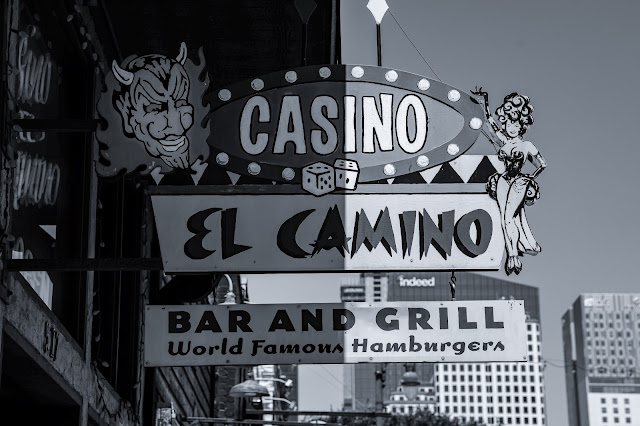 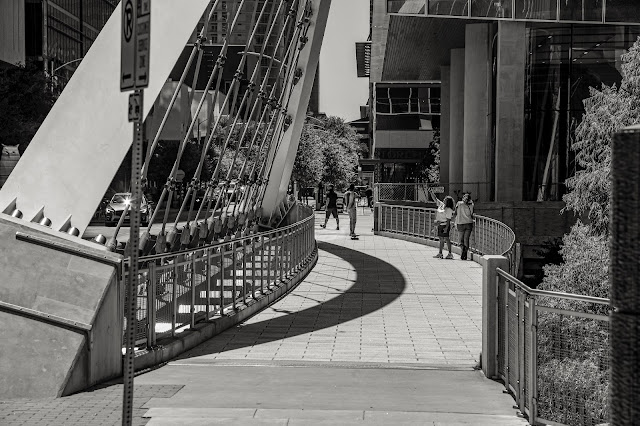 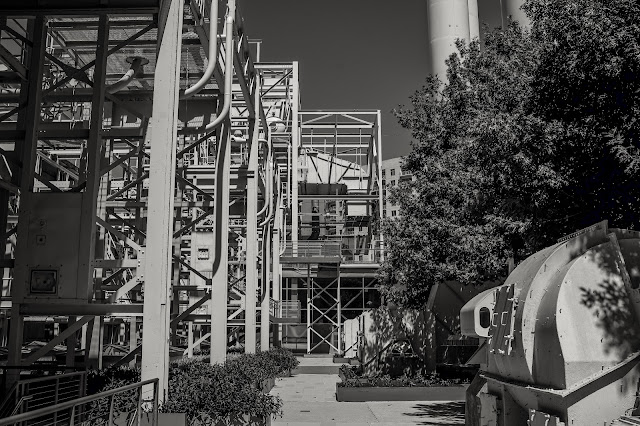 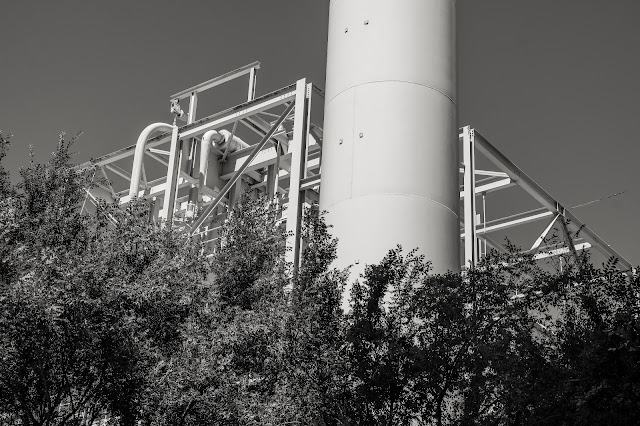 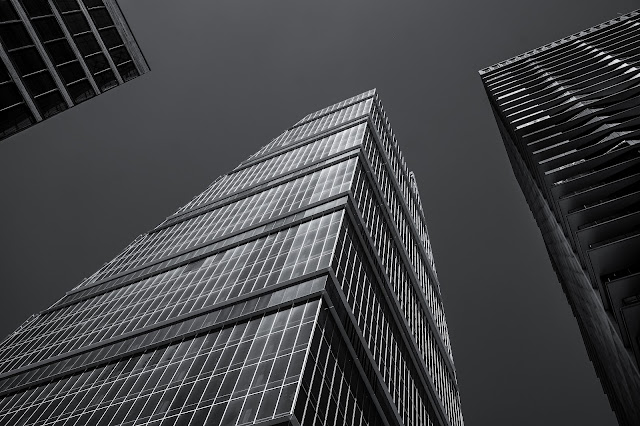 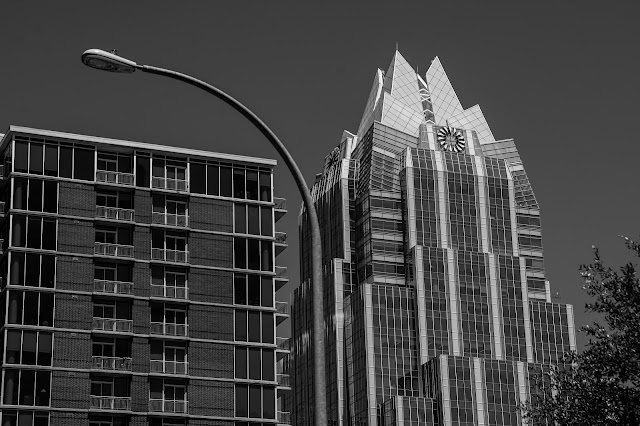 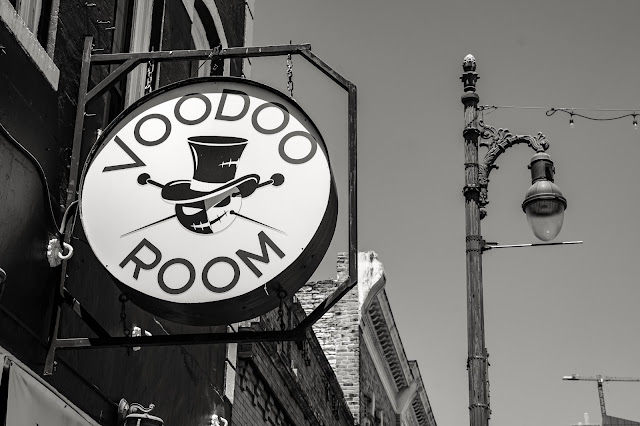 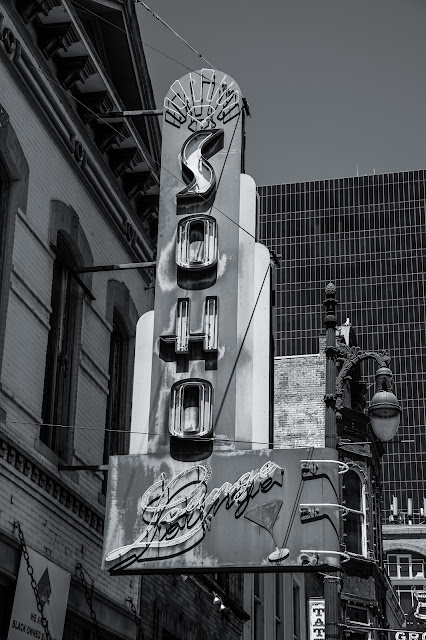 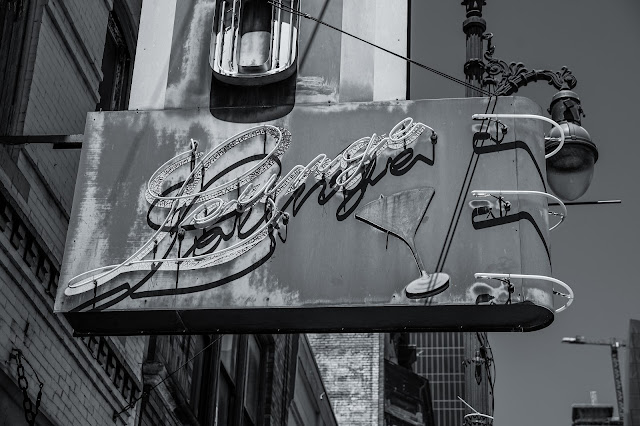 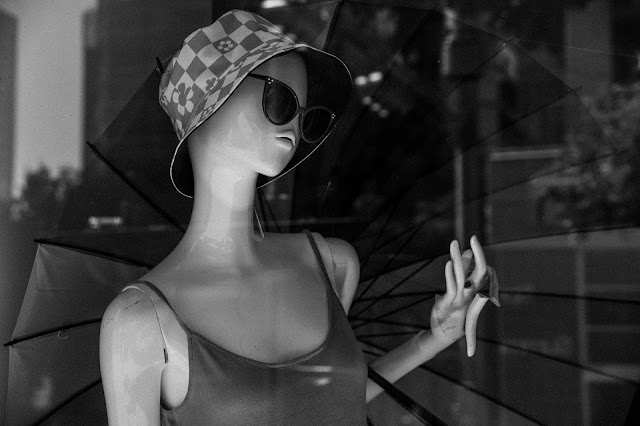 A new version of "giving someone the finger." 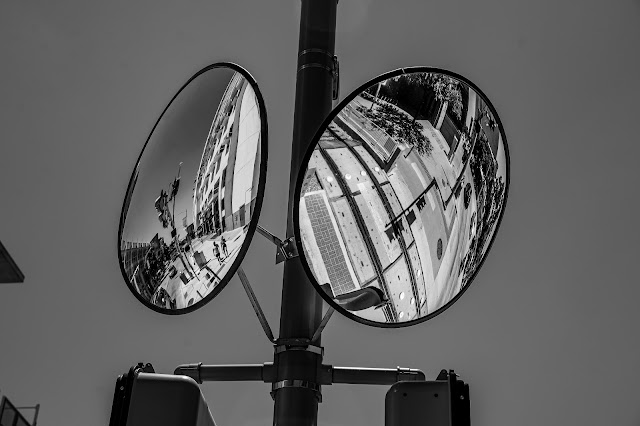 "I look at things from both sides now...." Thanks Joni Mitchell.
Stay Frosty out there. But still....get out there. Somewhere.
Posted by Kirk, Photographer/Writer at 15:05 5 comments: