Brain fried after a week of retouching and compositing portrait files for two different clients. Be careful what you bid.... 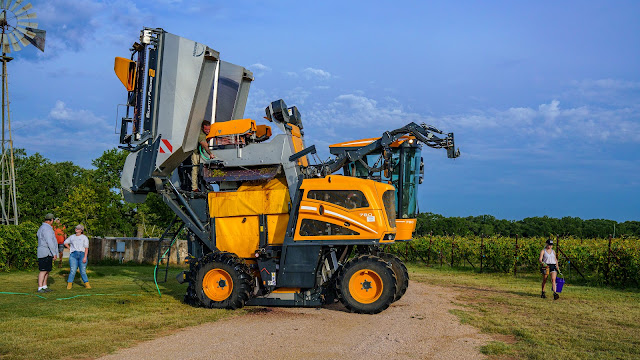 Over the last several weeks I had a couple of clients who really wanted to get a bunch of environmental portraits done of their people. When I talked to the people requesting the photos they each suggested that they really liked environmental shots done either outdoors or in various locations that were indoors but showed the outdoors through windows.

When we first started talking the temperatures in Austin were already stultifying. In fact, we just set a new record last week for the highest average temperatures in a seven day week. Our average temperature (coolest night time and hottest daytime - averaged) was 92.5° Fahrenheit. Over the last week, during working hours, the high temps ranged from 110° and 105°. And we are not living in a super dry desert; we bundle the heat with the humidity for heat indexes as high as 115°.

After talking to both sets of clients I realized we needed to deal with two different issues. One client wanted all outdoor shots and the heat made that ... inadvisable. No matter where we shot in Austin anyone in work clothes would have to get to a good location and there were none we know of (or that the client liked) where someone could drive up in an un-air conditioned car, hop out, get photographed in a few minutes and then leap back into the comfort of their still running vehicle and drive away. So we needed a solution for shooting exterior Texas location portraits without dragging employees into the great, baking outdoors. Otherwise I'd need to take a crash course in retouching sweat covered faces and melting make-up.

The solution I presented was to photograph each employee against a light, neutral background, in an air conditioned space, and then drop them into a previously shot image from one of the environmental backgrounds we all agreed we liked. So that's the way I photographed them. A bunch of people on soft white seamless and then a bunch of actual location backgrounds from a quasi corporate location. I brushed off the whole process of doing convincing composites as being "easy as pie"; especially when armed with the new selection tools in PhotoShop.

With the second group we didn't have to discuss much to get them "on the bus" when it came to photographing everyone inside. In fact, it worked well for them because they had their annual board meeting at a local hotel and were happy to rent an extra conference room there and schedule all of their people into a four hour time chunk of time. The bigger challenge was getting a good selection of background images that represented corporate environments and which would also read well when made out-of-focus so we could keep the attention on the human subjects.

The shoots came off without much of a hitch. I did learn one thing that was interesting to me. I've heard for years from other photographers that some lenses are just too sharp to use when taking portraits. I never really experienced that, or believed that, before. But with both of these portrait sessions, just days apart, I used the new (to me) Panasonic/Leica 42.5mm f1.2 short telephoto lens on the new GH6. Okay. The lens is too sharp for portraiture. When I opened the files in Photoshop they revealed every nook and cranny and every pore on every face. In the raw conversions the preset for sharpening is something like +40. I had to set the sharpening during raw conversion to "off" (or zero). Anything else was just cruel.

I've been making portraits of people on locations for .... decades. I have that part of the process down. But the part that's relatively new to me is compositing something like 32 different people's images onto a collection of backgrounds of office interiors, industrial exteriors and general corporate environments.

I bid a day to do the post production work on the second job. It took two full days of sitting in front of my computer fixing double chins, getting rid of layer matting, matching colors and general contrasts, and even just trying out a certain background with a certain person and quickly realizing that the two images just didn't resonate well with each other --- which sent me back to the "selected backgrounds" folder to try a few other options instead.

I'd never really admit it to a client but a lot of the time was spent using the liquify tools to take the appearance of weight off various subjects. That, and fixing double chins were the two most time intensive parts of the process but I'm happy to let people believe that I'm just really good at lighting them well. I never really want to explain just how much retouching actually gets done on some photographs. It would be borderline cruel.

I delivered the files to both clients this week. The bigger job just went out yesterday, at the end of the work day. I took a few notes:

I'll never bid a project with intensive post processing without first testing the procedures I'm going to use first, and keeping track of just how much time each image will take. Especially the worst case scenarios. I thought I could ballpark it but I guessed wrong. I'm also out of practice at sitting still for long periods of time and my attention would wander over to that newish pair of hiking boots in the corner....and the lovely camera and lens on the edge of my desk. And that hot dusty trail that might need human company...

So, why would I put myself through this work stuff? Why not just stop working and retire? Hmm. When you've built a client base and have been successful at raising prices to at least keep up with inflation there's always the lure of potentially living from your cash flow. You may have saved up a huge nest egg of cash and you may have done so well that you'll never run out, but if you've been running a business for decades, and living completely from the cash flow that the business generates, then actually accessing your own savings instead is a new and painful process that has (yet) to be mastered. And I'm not about to learn this new trick yet. Especially when the markets are down.

I know my brain well enough that I can almost hear the little hamster wheel spin when I think about which jobs to accept and which ones to pass on. Knowing our family's general burn rate and also my general tolerance, or intolerance, for being trapped by scheduled work I'm always looking for jobs that can be completed in three days or less which have the potential to return enough in fees to cover one month of our minimum burn rate. If I can consistently do three days (or a few more) in a month and hit the needed budget then that's one more month that retirement investments can remain in their accounts and create more future money. "Photographers become exhausted. Their money never gets tired of working...." (Robert Adams).

The balance is to find the types of jobs, and the clients who have the jobs, that provide a good working base. The other part of the balance is to get rid of the clients whose jobs you don't enjoy, who don't want to pay what you need to offset your burn rate with the least amount of long term work or commitment.

Next time I'll know to bid more on the post processing part of a job. It's part of the ever-present segment of the learning curve.

Oh, and next time I shoot a portrait for a client I'll find a less over-achieving lens with which to do it.

The Nocticron is great for shooting gritty, contrasty, ultra sharp art portraits and photos but there's no instance in which I would describe it as "flattering."

Learning to live well with the heat. Or in spite of the heat. Pray for our fellow humans in the UK. They are about to experience the same kind of intense heat wave but, for the majority, without the gift of air conditioning.... Yikes.

Posted by Kirk, Photographer/Writer at 12:54 21 comments: