You can keep your fancy TTL flashes. I've been searching for years for a cheap "automatic" flash that is "camera agnostic." I think I just found one and it's so cute. 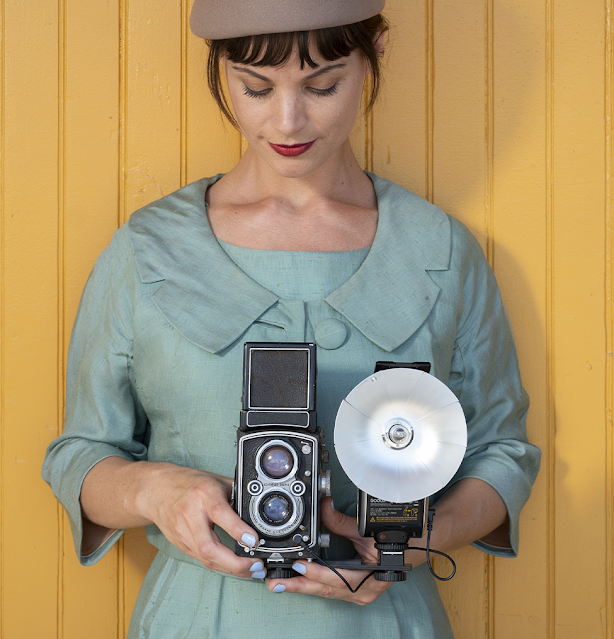 I'm not a fan of TTL flash automation. I'm also not a fan of "flash unit bloat." Adding more and more stuff to flashes doesn't make them better it makes them more complicated, less reliable and much more "siloed."
When I started shooting stuff with my two older Leicas one of my complaints was the paucity of good, affordable flashes for the brand. Sure, they have two models of TTL dedicated complexity starting at $600+ per flash but there was nothing else out there by third party makers that meshed with those cameras.
What I really wanted was a flash that had the old fashioned metering mode that included a little metering "eye" on the front of the flash which would measure the amount of light bouncing back from a subject and shut of automatically when the flash senses that it had delivered the right dose of quick light. This was the predecessor of TTL and it has advantages.
The flash is not required to be "dedicated" to one generation of cameras from one maker. It can be used interchangeably between all cameras that have flash sync.
The automatic operation doesn't depend on a series of pre-flashes to assess the correct exposure as do modern TTL flashes. And those pre-flashes are a real nuisance since they cause some people to blink and others to assume that the pre-flash was the "real" flash and so stop paying attention to their pose or the direction of their expression. Preflashes are a tool of Satan and will soon be completely replaced by camera makers with even more expensive flash exposure measuring tools that incorporate Lidar. Or something similar.
The only times I use flashes where automatic exposure is helpful are at events where I am photographing individuals and small groups and also trying to make candid photographs in the same kinds of locations. I have cameras and flashes that work together to do TTL flash but I never find the final output to be at all consistent. In fact, I think the last time I was able to use TTL flash with any consistency was when using a Nikon SB-800 and a Nikon D700 camera. Since then everything has been decidedly downhill.
And, coincidentally, the worst TTL flash I ever owned was the Nikon SB-900 which had a thermal cutout switch that temporarily (10 minutes? 20 minutes?) killed the flash after a handful of flashes. It protected itself at all costs even if one of those costs was my performance of the job. Thank God for fully manual flashes in the back-up bag....
I wanted to use a couple of Leica SLs for the job I did in Santa Fe this Spring but so much of the three day conference depended on making candids and quickly posed group shots with flash and I didn't think fully manual "guide number" flash would be quick enough so I switched to the Panasonic cameras with dedicated TTL flashes. But even there I was having to ride the exposure compensation dial to get the consistency I wanted. I spent weeks before the show searching for an "automatic" (NOT TTL) flash I could buy but didn't find one.
Today I did yet another search and the flash shown here popped up. It has two exposure modes. It has manual, with a quick and nifty exposure reference scale on the rear dial to help get you in the ballpark. And it has automatic. You set the lens aperture and then you match the aperture on the dial on the back of the flash. You set your ISO. You are done. You go shoot.
I read as much as I could about the unit. I love the retro/ James Bond laser weapon expanding flash reflector. I love the look of the bare bulb in the middle of the reflector. When you finish with the flash the reflector folds down, the bulb is retracted and there is a panel that hinges down to cover the stuff. Looks as though you have a cell phone from the late 1990s in your hand when its packed to go.
The camera has a built-in battery that's 1700 mA and Lithium Ion. It's specced to deliver 150 full power flashes from a single charge. It's rechargeable via USB.  There is a single contact at the bottom of the hot sync. No TTL dedication whatsoever. It even comes with a cord in case you need to sync the flash to the camera via a sync port.
The flash is called a Godox Lux Senior. There is a Lux Junior. I'm not a fan of that one because the flash tube guts are too close to the camera. It seems it would be a "red eye" magnet.
The Godox Lux Senior retails for $120. I think it looks glamorous. I have a big gala coming up in mid-November and I'm intent on using this flash with the Leica SL or SL2 cameras. My only (and I mean my ONLY) hesitation is that the battery is not removable so you can't carry a spare. In the past I would have declared this to be a "deal-killer" but instead, with a more flexible approach, I just ordered two of the flashes. If one won't make it through the night I'll have an identical back-up. And, during the dinner break I can always use a battery bank for a quick recharge in the camera bag. All good.
Should be here on Wednesday so I'll test and report back --- just in case there is a gotchas I haven't uncovered. My audience at the gala will be attorneys and spouses who are mostly over 50 years old. Many over 60. They'll love the retro vibe. And it will be fun to include the flashes as part of the working outfit.
We could do worse. 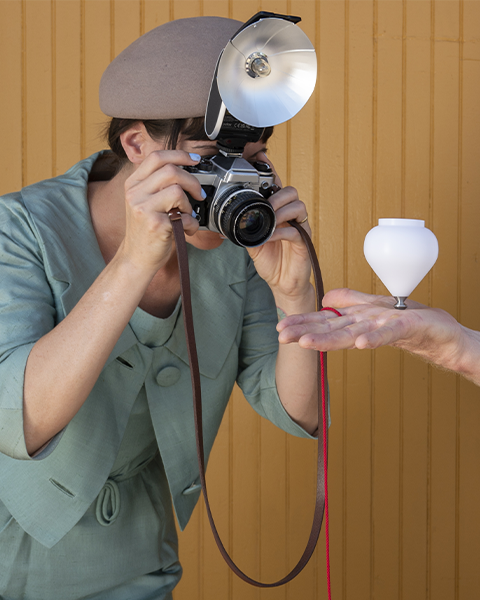 Images made available from Godox. I thought they were fun as well. No affiliation or special relationship. The only thing my company and Godox have in common is my Visa card... 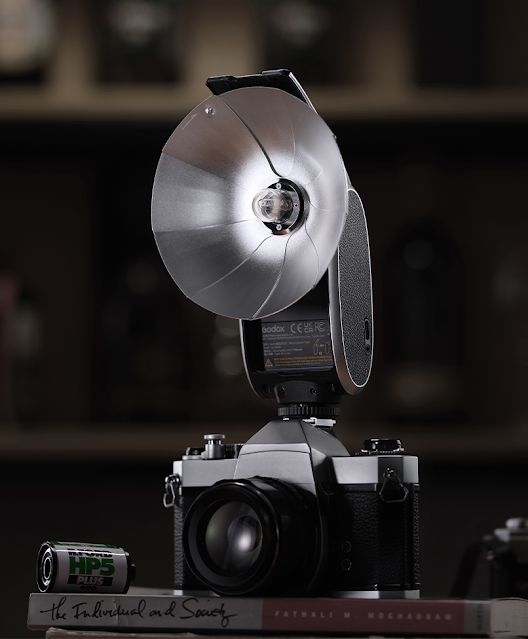 Posted by Kirk, Photographer/Writer at 14:53 20 comments: