Coming to grips with black and white photography in the current digital age. No facts; just opinions. 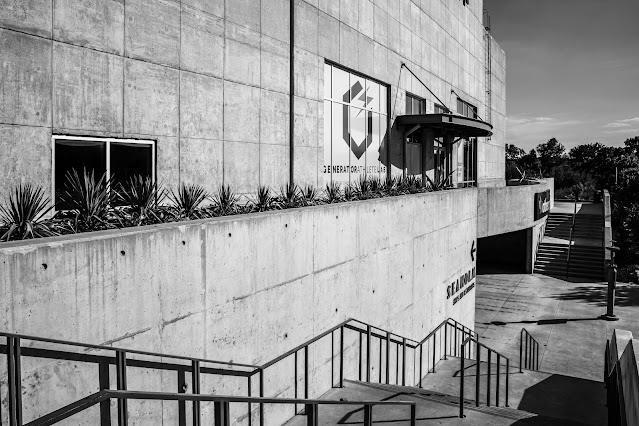 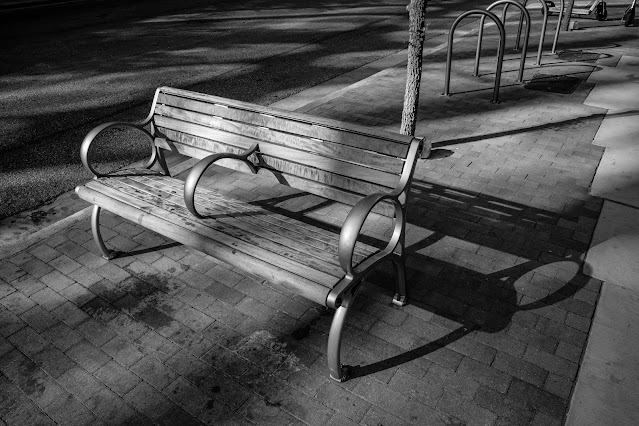 Posted by Kirk, Photographer/Writer at 11:30

I've been experimenting with slightly lower contrast black and white images. I'm thinking Delta 400 instead of Tri-x or HP5. I'm trying to achieve a creamier look and smoother transitions between all white and all black. It's a bit difficult with digital. I'm finding if I lower the contrast in-camera too much then the image is simply bland and lifeless, not creamier or richer. And different digital cameras definitely deliver different black and white images. I stick to jpeg because I want to commit to the image and not "cheat" with a RAW conversion.

I can’t resist working on a raw file. Adjusting individual colors helps my vision of a finished image. For instance, the orange and red colors adjusted for luminance affect skin tones beautifully, i.m.o. Blue skies can be brought down to accent clouds, etc. And adding an S-curve helps get the Tri-X or HP5 look. Plus, I can hardly resist adding a subtle warm tone to most images.

some nice tips there, this guy I did a few courses with told us about working in a small studio, and the owner had a sign up saying "Fill every frame" so to that day even he was forever swapping interesting skies into his pics, he'd worked extensively in film, tv and stills to a lesser extent, he showed us a few things like the way he'd set up a shot for an end sequence, with room for the credits to scroll past, dangling some foliage in one corner etc

The most satisfying photo I ever made was black and white, shot with a 2 1/4 square Yashica TLR. It was the interior of an old Pennsylvania farm building, two-foot thick stone walls, very dark except for the daylight coming in from a window in the wall which filled the frame and a bit more from a window not seen, camera right. It was exposed for the exterior daylight -- a few trees seen through the window which made up a very small portion of the scene. When I developed and printed it in my overnight bathroom/darkroom the daylight exterior was spot-on, the interior satisfyingly black.

What I didn't realize until seeing it the next day was that there was an enormous amount of detail in the black areas. Very subtle. It required looking at the print for a few moments, then watching the unnoticed detail emerge. Fascinating. I think the eye must adjust to the overall level of brightness in a print (very dark, in this case) allowing the hidden features to be revealed.

Plus-X, by the way. No milky gray tones. Rich blacks.

Your B&W images are well-neigh perfect and I always look forward to them. Thanks for giving us some insight into your thought process.

Thanks Rick. I try to keep things simple. I'm not very bright...

Every once in a while I'll get a straight-up color shot that I look at and think, "Hmm...wonder what it looks like in B&W?" I pull it into Lightroom and start toggling until I decide wheth3er B&W is appropriate. I don't have a problem with that. With B&W, you're playing with light, since that's all you've got. With color, you're playing with all those different hues and light seems secondary (although of course it's got to be there.) Fred Herzog is one of the few color photographers that I know about who really did lean on the light, and where color seems almost secondary.

I think noise characteristics of digital cameras are interesting to compare....Canon 5D up to 5D3 looked ok until you added some sharpening, then it all looked a bit 'wormy' Nikon looked much more like film grain.
This isn't a Nikon v Canon thing btw...I've used Canon and Panasonic in work, and Nikon, Olympus and Sony outside of work, I feel that I am brand agnostic.

Cool! Your approach to black-and-white digital photography differs from mine in just about every way. I find that comforting. It means the black-and-white photo world is still wide open to individual expression.

You get really great results from your methods and procedures, Kirk.

I started shooting B&W JPEGs a coupla years ago after doing the Raw indecision shooting dance. It took me a while to get comfortable with JPEGs but, really, it doesn't matter when you only post online or print no larger than 12x19.

My methods are different from yours, Kirk. I start with lower contrast, lower sharpness files and add contrast and sharpness in Lightroom. Along with a little bit of grain. I love grain. And, yes, I know the grain in digital is different from the grain I used to get with Tri-X or HP5+ processed in Rodinal. But it still looks pleasant to me and, dammit, I like it. As long as it's not overdone.

B&W is my first love so it's what I emphasize. I seldom shoot color these days. And, yes, I would love to have a Leica Monochrome or three. Or four. But used Nikons are cheaper and I already have a lot of them so....

Many who show images only on the computer screen don't appear as if they have Calibrated the monitors. Might explain so many flat to Cartoon Saturated images.
Too many have never seen an actual "Fine Print" as we grew up with in shows and museums. Without seeing them it is difficult to know what this type of work actually is and difficult to process these images on a computer.

Does anyone have a calibration tool for smart phone screens?