Canon's rebuttal to the D800. A different approach to resolution. 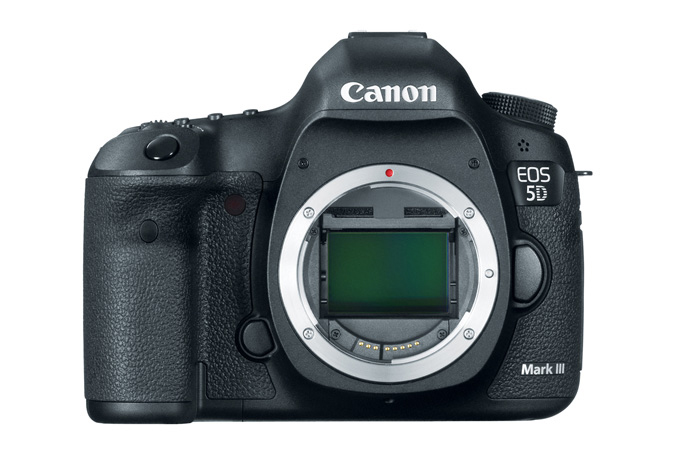 The camera many Canon fans have been waiting for.
I started getting the phone calls from my professional photographer friends (the ones who shoot Canon...) as soon as I walked through the door from swim practice this morning.  Everyone had the same two questions:  "Had I seen the Canon 5Dmk3 announcement?" And, "Had I put my name of the waiting list to be able to get the camera when it comes out at the end of March?"  I didn't check the web before swim practice and I haven't put myself on the list, yet.
Do I want the camera?  Sure.  Who (besides a Nikon shooter) would not?  It checks nearly every box the faithful have been demanding:  Improved high ISO (the files on DPReview look great at nearly every speed).  Increased body integrity and weatherproofing.  The same focusing module used in the upcoming 1DX camera.  Six frames per second.  Two card slots.  60fps 1080i video.  Much improved audio level control for video and......my favorite......a headphone jack for monitoring video.  There's other stuff.  It's all in Canon's press release below.
Is it the most miraculous thing since flushable toilets?  Who knows?  I guess we'll have to shoot it to find out.  If you use lights and shoot in controlled conditions I'm going to bet that the quality differences outside the nose bleed ISOs aren't going to be that different from the mk2.  And it's instructive to look at how well the original 5D held/holds its value after being superseded for over three years.  We seem to be at a point of incremental improvements in overall image quality (after discounting the high ISO differences).  We may have hit the point where we actually have the luxury of waiting for at least every other product cycle for upgrades.  But your calculation of must-have-asciousness will vary from mine.
Starting a wedding photography business?  You could do a hell of a lot worse that snapping up two of these.
Here's a link to pre-order: PRE-ORDER  You better get on someone's list if you want to get one in late March....
Here's the official press release:
Canon U.S.A. Announces the Highly Anticipated EOS 5D Mark III Digital SLR Camera
Featuring Improved Image Quality, a 61-Point High Density Reticular AF, Six fps High-Speed Continuous Shooting and Enhanced HD Video Recording Features

###
† Based on weekly patent counts issued by United States Patent and Trademark Office.
All referenced product names, and other marks, are trademarks of their respective owners.
Availability, prices, and specifications of all products are subject to change without notice. Actual prices are set by individual dealers and may vary.
i When the EOS 7D is used with the GP-E2, the following restrictions will apply: a) geotagging function will not work for movies while recording; b) geotagging features will not work for movies when using the Map Utility; c) electronic compass information and automatic time setting is not available; d) transmission via the hot shoe is not possible.
ii In certain countries and regions, the use of GPS may be restricted. Therefore, be sure to use GPS in accordance with the laws and regulations of your country or region. Be particularly careful when traveling outside your home country. As a signal is received from GPS satellites, take sufficient measures when using in locations where the use of electronics is regulated.
The EOS 5D Mark III requires a firmware upgrade to be compatible with the GPS Receiver GP-E2, which will be available soon.
Posted by Kirk, Photographer/Writer at 11:06 26 comments: