Fun times at the graffiti park. Shooting with the Samsung 30 NX. 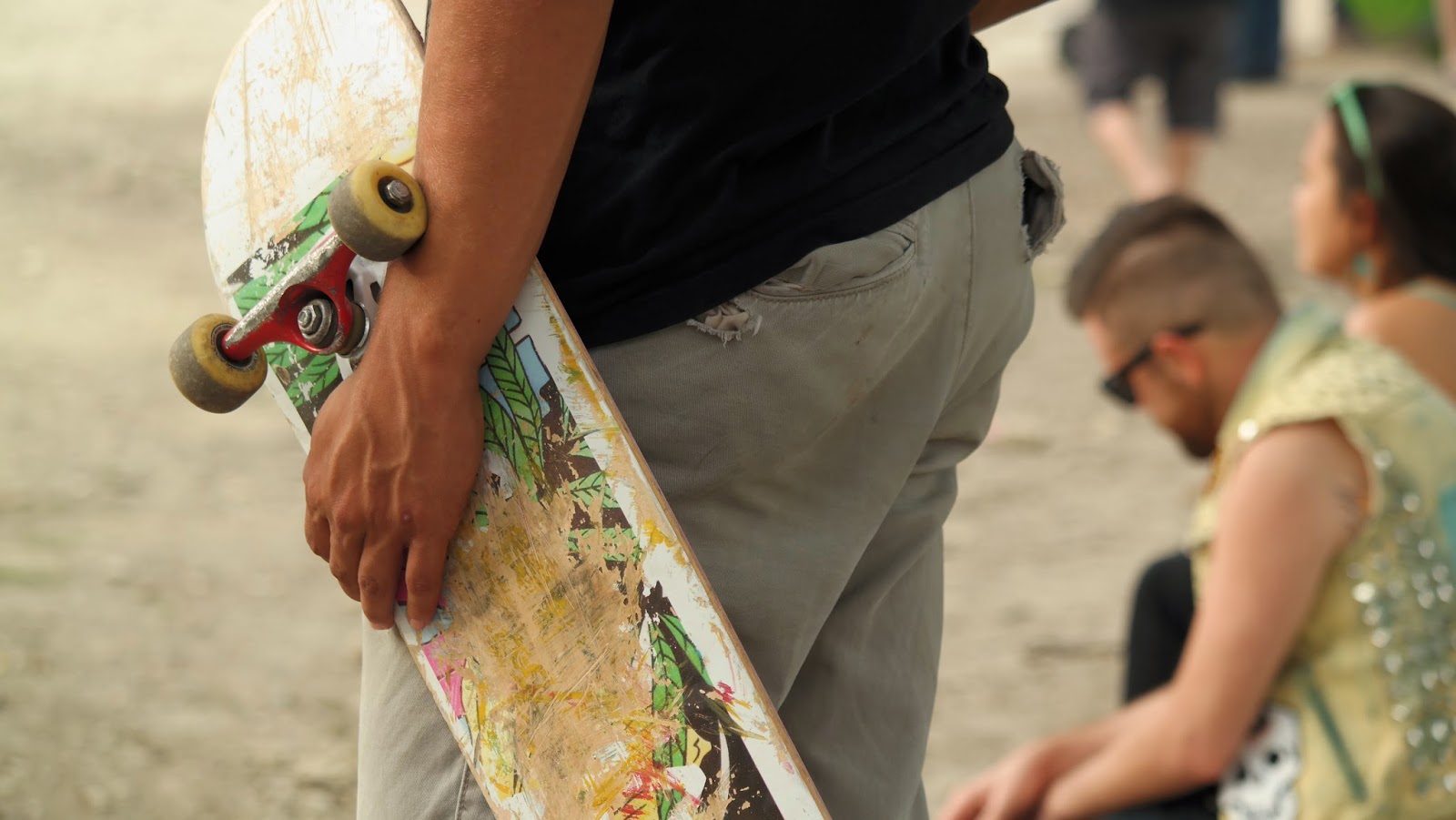 I went to the Graffiti Park today to test out the Samsung NX30's video performance. Video takes a while longer to deal with because I want to edit something together that won't make people grind their teeth or reference fingernails on chalkboards. The camera's sensor is great. APS-C is great for depth of field control. Even with a pedestrian sounding 50-200mm f4-5.6. In all the camera does video well.

The image above is a still grab shot. Most of my afternoon was spent shooting handheld video (will I never learn?).

But this particular post has nothing to do with the camera or the lens or the sensor. It has to do with a funny thing that happened to me four times this afternoon. As I was walking through the park I had four different couples come up to me and ask me if I would take their photograph with their camera. Of course I obliged. What else would a civilized person do? But each time the person handing me the camera was very careful to (talk slowly and...) explain which button to push to make the exposure and how they wanted the shot framed. I listened carefully and tried to follow their instructions to the letter. Except for the couple who had their camera mis-set. It would have taken a silhouette. I fixed the exposure mode and took several versions just to make sure we had what they wanted.

One couple thanked me, looked at the images and then told me that they were very well done. I thanked them for saying so.

I can only imagine what we could have done if we'd flown a 12x12 foot silk over the couple, filled them in with 1100 watt seconds of flash from an Elinchrom Ranger flash pack and then used a camera that could sync a bit faster....

Anyway, I was pleased to be asked. When I came home I told my wife about my encounters. She laughed. She thought it was karmic-ly appropriate.

If you are at an Austin landmark look for the older person with the black rimmed glasses and the white, broadcloth, Julian Alexander button down. I'm sure he'll do a good job with your photograph....
Posted by Kirk, Photographer/Writer at 21:35 7 comments: