Everybody likes something different in photography. That's what makes the business so much fun. 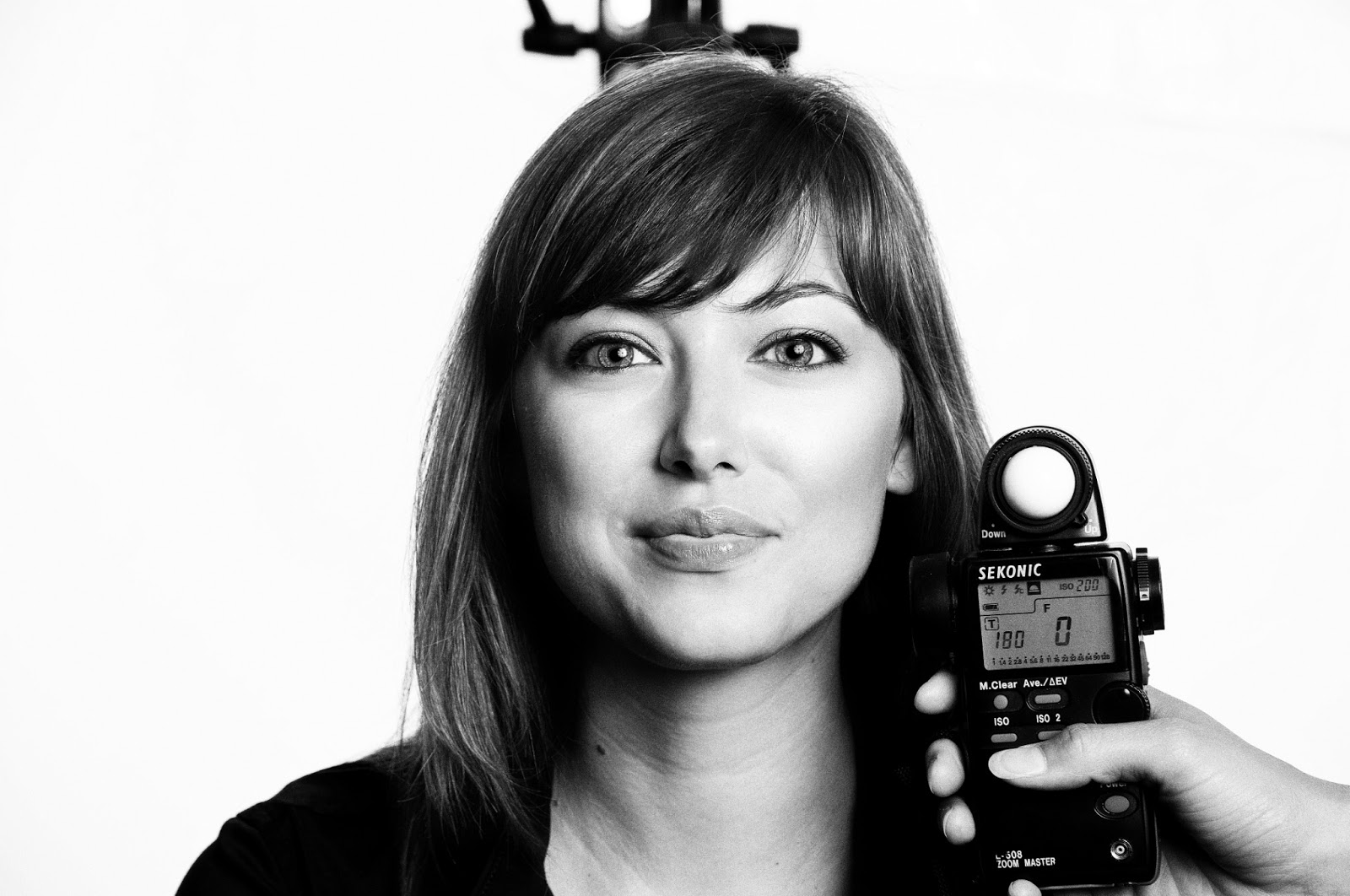 As crazy as it might sound there's nothing about the business I like better than hanging out in my studio photographing people against a stark, white background. The kind of camera I use really doesn't matter anymore and as long as the lens doesn't flare like a mad bastard I'm pretty happy shooting with any 85-105mm equivalent lens I can get my hands on. If there is a challenge around shooting white backgrounds it's not to overdo the lighting on the background. Unless we're aiming for a clipping path/masked drop out I like to see a tiny little bit of detail in the backgrounds. It's almost like we're acknowledging the three dimensions.

But what the near absence of a background does is to make you really think about how you want to light the foreground. The biggest mistake I see in student work or with photographers who haven't spent a lot of time in the studio is the tendency to get the subject too close to the actual background. It limits lighting options because so much of the background light wraps around. My goal is to always put as much distance between my subjects and their backgrounds as humanly possible. What that does is allow me to light each plane as a totally separate operation. Why is that valuable? Control.

By separating the effects of light on the background from the foreground subject I can light each one exactly the way I need to for the look I am trying to convey. I like dark shadows on faces and that means I also have to be careful to make sure that the lights hitting the background don't bounce around a "live" room and reduce the overall contrast everywhere. Too much fill light destroys the look I'm usually trying to go for. To prevent this I use four umbrellas on the background instead of two. This means I can work the background lights in a little closer which means I have quicker fall off. All four of the umbrellas are soft silver interiors with black backings. The black backings kill any light bleed through which would hit the walls.

I'm currently using inexpensive, 43 inch, collapsible Westcott umbrellas. Since the center shaft collapses they can be packed down really small and tossed into a suit case for long distance location work. But my obsession with spill light doesn't stop there. I "flag" the subject on either side with black 4x6 foot panels. The panels kill more of the total spill and also help even a mediocre lens be a bit more resistant to flare. I pull the black panels as close as I can to the subject without them being in the final composition.

Lack of something interesting in the background does motivate me as the photographer, and most of my subjects to do more interesting things. More intense expressions. More fall off with my main subject lights. More extemporaneous acting. We are all subconsciously compensating for the "missing" background.

Why am I talking about this today? Well, I spent last Thurs. shooting a very fun ad campaign against white and I was really happy while I was shooting and even happier with the results. Then, this morning we had another shoot with a model on a white background. The shoot itself could be considered boring. We were shooting a selection of T-shirts. But working with the model to make fun, angled compositions with her body against the clean canvas of the white was like doing pure sketching with a camera. I had clear marks for her on the floor so as long as she stayed within the marks I didn't have to worry about the technical aspects of the lighting.

I was using the GH4 with face detection AF enabled and I quickly learned to trust the camera 100%. The strong modeling lights made AF fast and solidly accurate which eliminated another layer of basic administration. With each layer peeled back I felt freer and freer to do the thing a creative photographer should be doing the most of: interacting with the model and working on expression, composition and timing. All the mechanical stuff started taking care of itself. And what are we really charging for? The ditch digging or the landscape design?

I had so much fun today because I love working with the art director who represented the ad agency. We've worked together for years and our respect for each other is 100%. I had fun with the model. She was smart, beautiful and interesting. Even more interesting when I found out that she is the mother of three kids! I had fun using a camera that does more of the heavy lifting than any camera I've worked with in the past. From selecting focusing points to flashing me highlight zebras when my lighting got too carried away. My Elinchrom lights are four years old and I largely take them for granted because they never hiccup or fart.

My mind set over the last few weeks is that we've come out the other side of the camera maze. We spent the last fourteen years watching digital improve and constantly changing our response to the cameras and the metrics of technical success. Now, in my estimation everything is good and automatic and flawless. If you aren't already shooting with an EVF camera you probably will be soon. If you shoot in studio and you aren't using face detection AF (with eye preference) you will be soon.

We are at the point now which one of our readers described in a comment this morning about computers: All the fun and change and challenge is over. They have now returned to being reliable appliances. Now we don't look to the cameras for the magic we look to ourselves for the fun and the challenge. It's actually a nice, comfortable place to be for a working photographer.

Later this week I'll be shooting something totally different: An action-y video project with interviews but also with B-roll footage for statewide television news use. Unrehearsed video action as it's happening. Good thing I'll have crack assistant, Ben Tuck, in tow. More later.

Editorial note: I usually write my blogs after I've made a bunch of raw conversions in Lightroom and I am waiting for them to exports. With my current computer I enjoy a leisurely interval in which to write my brilliant thoughts. This will all change when the new computer arrives on Thurs. I've been told by my geek friends that the whole export process (based on specs and metrics) will take about 75% less time. So, I either have to write 75% faster or I have to write 75% less. We'll see how all of that works out.....
Posted by Kirk, Photographer/Writer at 12:46 5 comments: