I went out to buy a gallon of milk but I came back with a new, inexpensive, high performing LED light that mimics open face tungsten lights of yore. 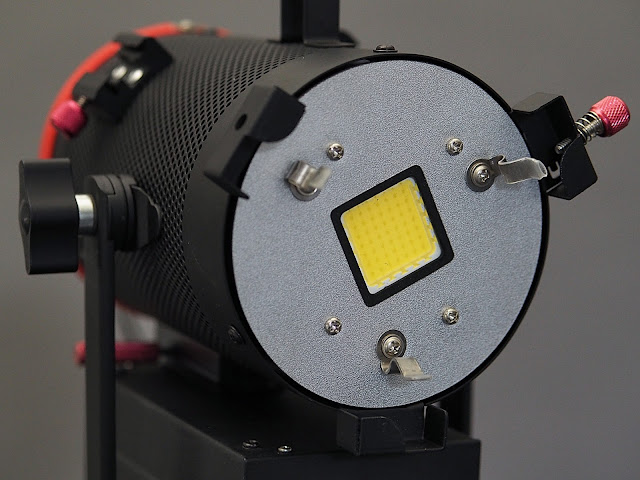 It will come as no surprise to VSL readers but I am a sucker for new lights. Especially new lights that can serve a purpose in my work and in my enthusiast projects. I left the house on Sunday to acquire some weatherstripping for my newly painted doors, and I think I was also supposed to buy some more milk while I was out but I got too close to the gravitational pull of Precision Camera and got sucked in due its powerful attraction. With entry a foregone conclusion I mentally prepared myself to experience inventory lust.  In the back of my mind I always have a subroutine working that automatically scours camera stores for rare, fun, awesome and underpriced lenses. I scanned and poked but nothing floated to the top of the pile in any meaningful way.

I worked my way through novel stand cases which are always a necessity--- just because no one has ever made one that's just right. And they still haven't. I kicked the legs on a few, old school-style, aluminum legged tripods and ended up in a little helter-skelter niche that contained weird semi-system flashes, orphaned LED fixtures and vaguely interesting attachments. Always looking for the underdog I found a couple of boring looking boxes that had badly reproduced images of a weird looking LED light on them and, of course, I had to see what was inside. But I was a good customer. I didn't pull out my Benchmade pocket knife and go to town on the packing tape, instead I found a salesperson and asked if any of the product was out on display somewhere. "Noper."

Could we open this box? "Yes indeed, we could."

Inside, packed with protective cardboard, was a
Read more »
Posted by Kirk Tuck, Photographer/Writer at 20:52 10 comments:

I'm thinking about diving back into inkjet printing here at the VSL post production wing. Can we talk about printers? 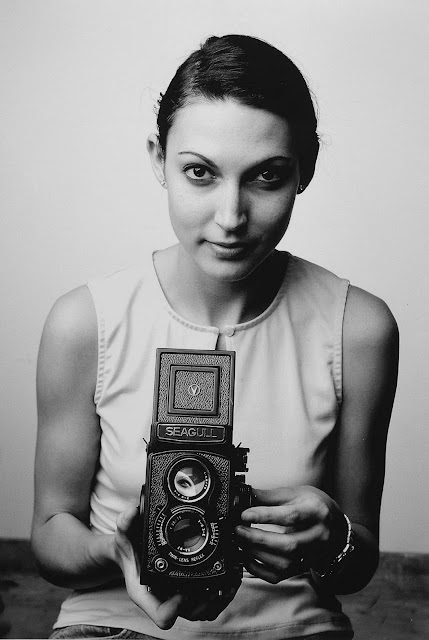 I've been reading a book by Brooks Jensen entitled, The Creative Life in Photography - Essays on Photography, the Creative Process, and Personal Expression. I've enjoyed reading lots of what Jensen writes and it's made me nostalgic for doing photography in a way that mimics or emulates what I used to do in the days of the black and white darkroom. One of Jensen's contentions is that the photographic work we create isn't really finished until we've actually made our final expression: The Print. Everything else is just "work in progress."  Along with the idea of moving to images to completion is the encouragement to think in terms of folios and projects instead of just sporadic and unconnected prints.

It's odd. Nowadays my work seems split into two separate universes. There is the universe of digital where everything is tucked away somewhere on a hard drive or backed up on a DVD and the only expression of the work is as a small file presented on the web; generally on this blog. The work is harder and harder to find and since it is so cheap and easy to create the quantity of work done and warehoused is so astronomical that it defies my easy re-acquisition and becomes, in my mind, a mass of digital clutter. I rarely go back and re-visit work that's stored in a none visual way and so I've lost ready access to the continuity of my visual creations in a way that's both paralyzing and depressing.
If work is stored in ones and zeros it tends to remain in ones and zeros, hedged against some day in the far future when I might have the time and inclination to sift through and reconstruct it....

But there was another universe that started back in 1979. It was the universe of the darkroom and the black and white print. Everything, EVERYTHING, that seemed valuable, fun, personal, sexy or engaging didn't really exist to me until I printed it and once I printed it there was a real, physical manifestation of my vision that I could easily share with others. The sharing took place via portfolios, prints on the walls of my house, my bakery, my favorite gallery and on the postcards I would make by hand and send out to friends and clients. The expression, the making of an image all the way to the print required a commitment to the image. Each print cost time and money. Each print became a valuable physical proof of a memory or a vision. And a significant object in itself!

We tend to think of this schism in terms of film versus digital but it's not that way. For years I toyed with inkjet printing and spent much time printing images like the one at the top of this article on various papers and with various printers. Somewhere around 2004 or 2005 the print, as a deliverable to clients, fell off the map and the at the same time we experience the rise of "photo sharing" websites that would house and display our images for us at no cost. Somehow this displaced our emotional need to hold a physical manifestation of our images. I started to move away from "the print" in favor of the cost free/time free sloth of the internet gallery.

The last printer I owned that I bought just for making photographs was the best and the worst printer I've had. It was the Epson 4000 and when it worked it produced really gorgeous black and white prints at sizes up to 17" by however long the roll of paper was. Really gorgeous images! I continued to print as I had in the darkroom and continued with a revolving show of framed and matted prints at Sweetish Hill Bakery that had been part of my artistic expression in the community since the early 1990's. I'd made the jump to digital but without abandoning the printing aspect that made so much of the work feel REAL to me.

The Epson 4000 (along with photo sharing on the web) put the nail in the coffin as far as my printing was concerned. The technology was flawed. The printer clogged whether I used it constantly or not. I would go through hundreds of dollars of ink and paper just to get it all up and running again only to have the damn thing let me down at the worst possible moments. The moments in which I had an emotional investment in getting a great print out of the machine when I wanted it. When I was receptive to the process. Let's face it, if you are working hard at your job and you have a limited amount of time to print your own work it feels so frustrating; almost like an intentional betrayal, to have the process grind to a halt and require hours of trouble shooting. You start trading family time and work time in the service of the machine and not really in the service of your art. At a certain point you just say, "Fuck it" and move on.

I gave the printer away to another photographer. I don't know whether I did him a favor or cursed him with a new monkey for his back. I bought a Canon 9000 that prints beautiful invoices and an occasional large photograph that might be needed for some background art in a shot or something. But at the moment that the printer with fine art potential left the building I never printed my own work in earnest again.

The lack of a physical target, in retrospect, has blunted my creative process. Without the need to print well and large of what use is it to have technically super-duper cameras? Who cares about all the tech stuff if everything you show is going to end up as a file that's 2100 pixels on the long side? Why bother with a tripod? Why bother to get up in the morning and shoot your own work? And, in truth, I've spent the last 10 years working for clients and watching my own engagement with my personal work diminish. But because of Brooks Jensen I think I'm about to end the cycle and re-engage with a way of doing my work that was organic to the whole process of seeing, shooting and presenting. I'm planning to