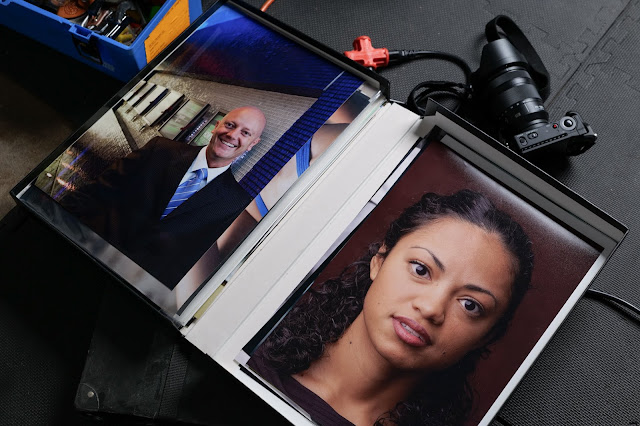 I think I've watched every good movie on Netflix and Amazon Prime. All twelve of them. It's no longer a really satisfying thing to do so after dinner I went out to the office to continue with the Herculean task of cleaning up my own Aegean stables...by which I mean, of course, the mess my filing systems have become. Having no rivers to divert I just started opening print boxes to remind myself of what was there. The first clamshell case I got to holds prints up to 13 by 19 inches. Most of the prints in it were 12x18 inches and a few were smaller odd sizes. As I leafed through the prints it reminded me that I used have a lot of my work printed, all the time, because I wanted huge stacks of candidates to put into specific portfolios. A medical portfolio. A portrait portfolio. A black and white portrait portfolio, and so on. At some point, about four years ago I stopped printing stuff. I guess I became convinced that no one wanted to do face to face portfolio showings anymore --- that if an art director wanted to see my work they'd probably just go to an online resource.

There are 18 four inch thick clamshells cases on shelves in the studio. There are a couple of bigger cases from the time when I tried to keep an Epson 4000 from clogging up long enough to make some 17 by 24 inch prints. Each case holds between one hundred and one hundred and fifty prints. Mostly color. The hand printed, fiber based black and white prints are either 16x20 or 11x14 and they have their own cases.

At any rate I was amazed at how much I liked the prints and how much more presence they can have compared to seeing the same images on the screens. I thought I'd just point a camera straight down into the box and show you an assortment. I guess it's time to get back to the printer. At least for a while.

I either need to find a service I like or buy a printer I like. Or both. Prints are a totally different way to experience photography. And I like being able to hold them in my hands and walk into better light.... 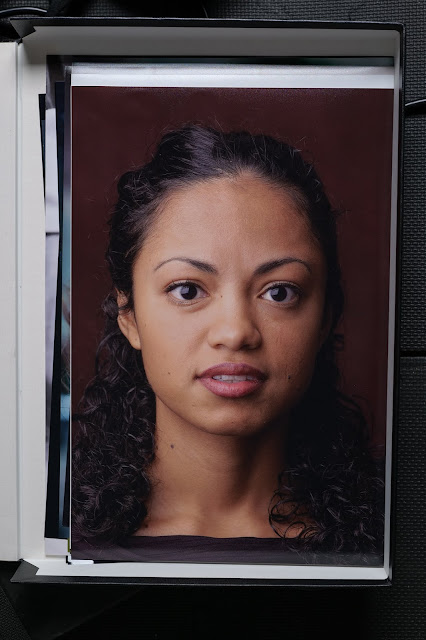 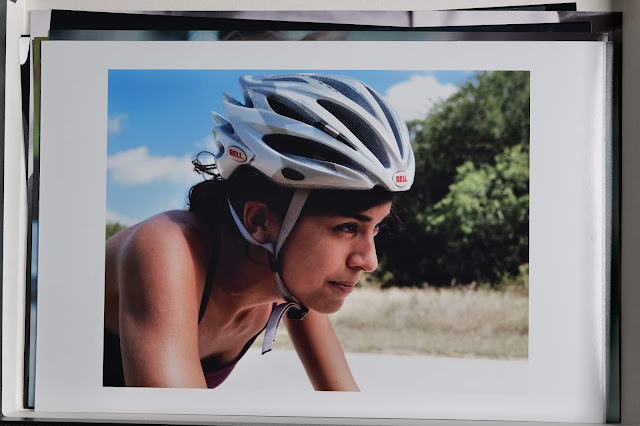 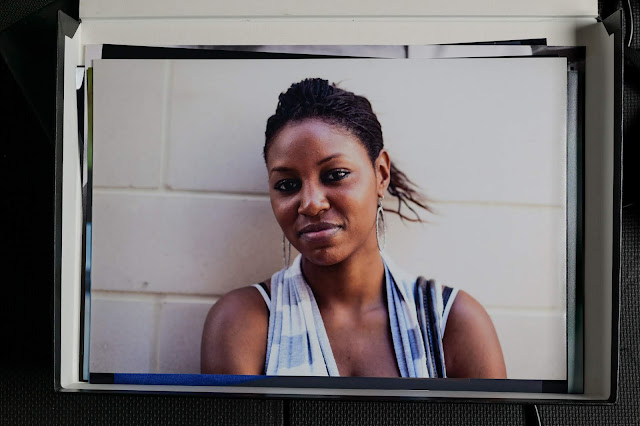 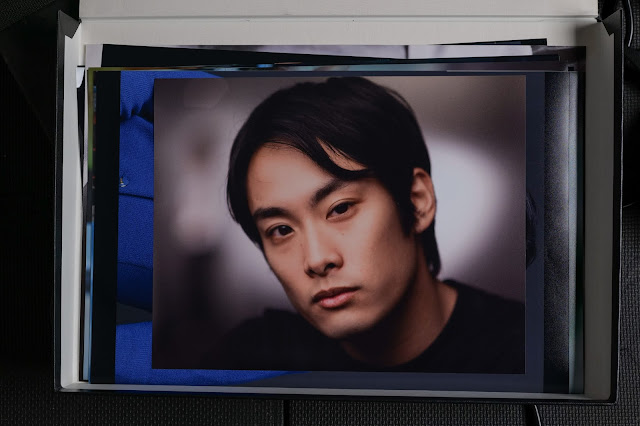 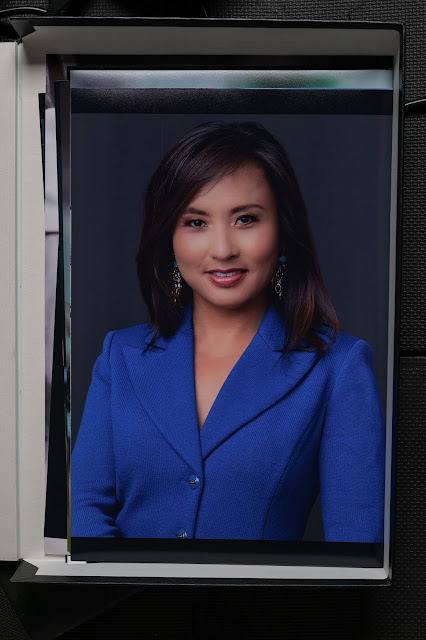 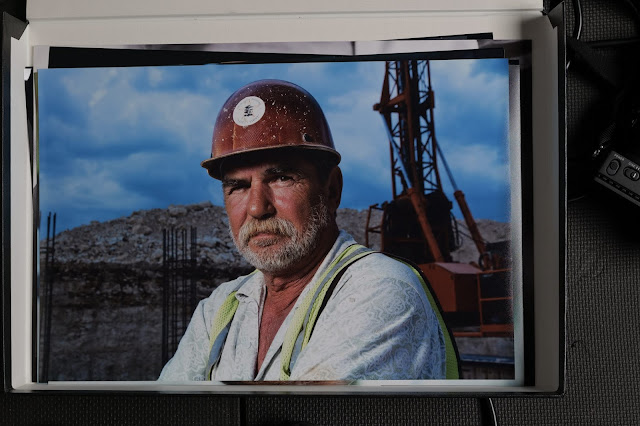 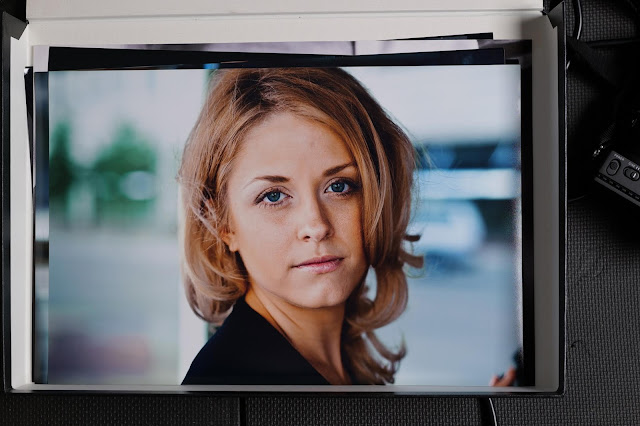 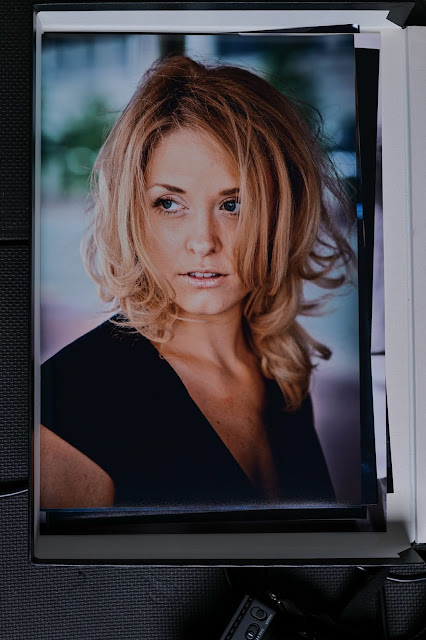 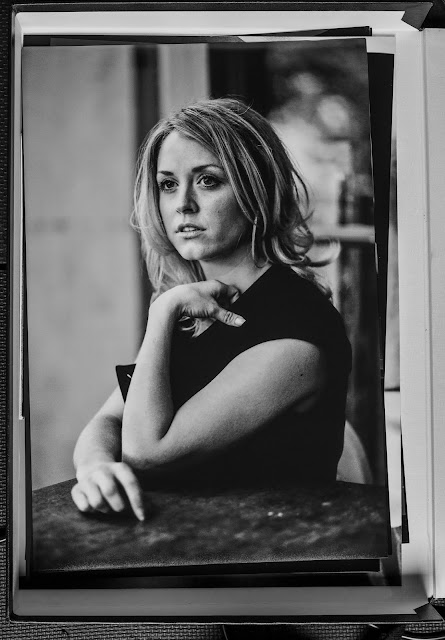 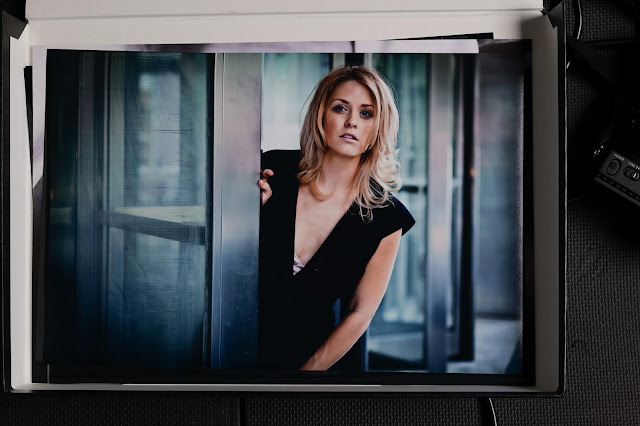 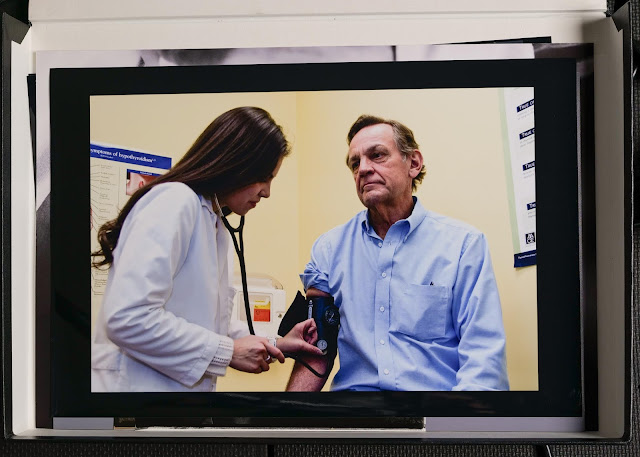 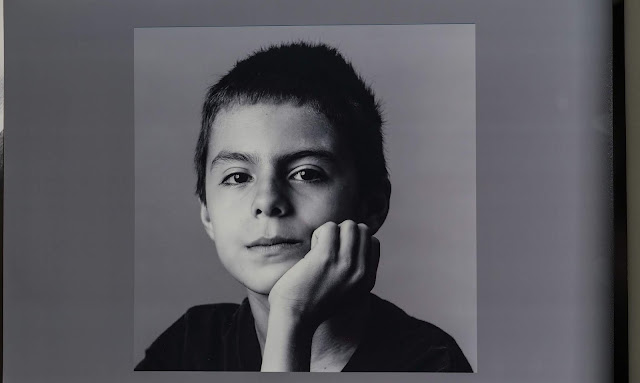 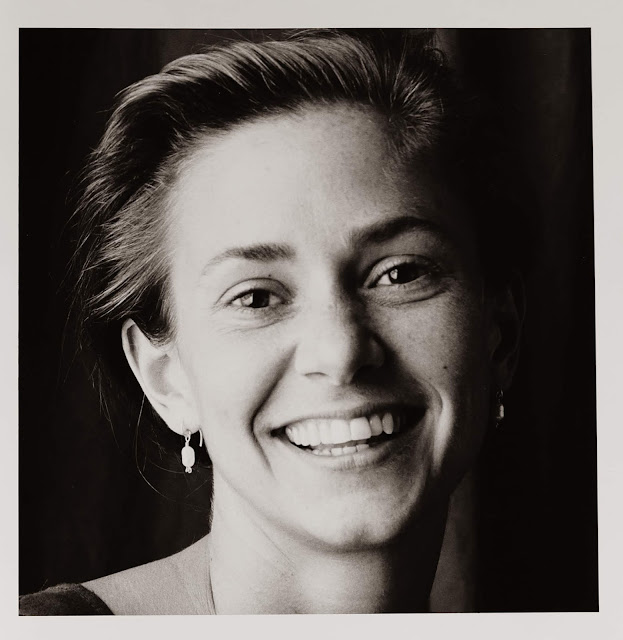 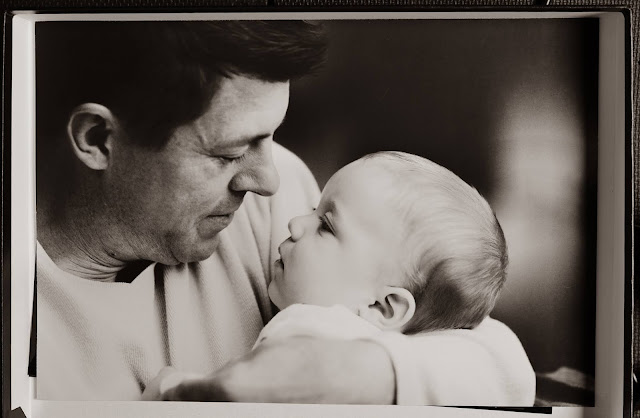 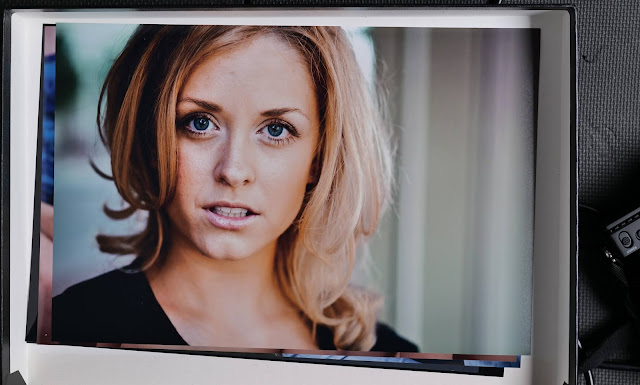 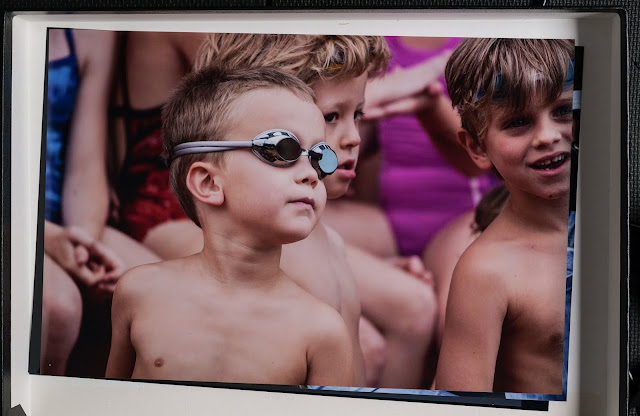 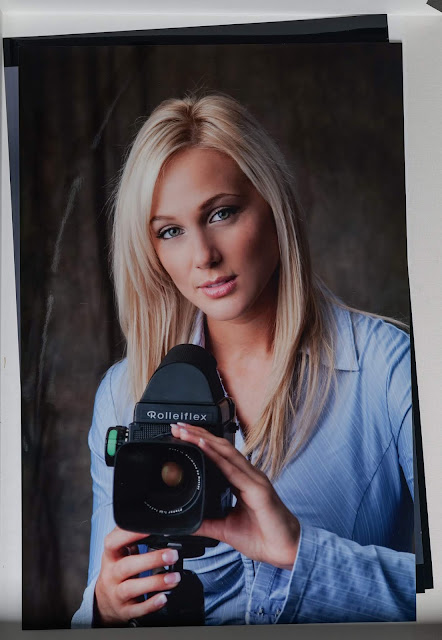 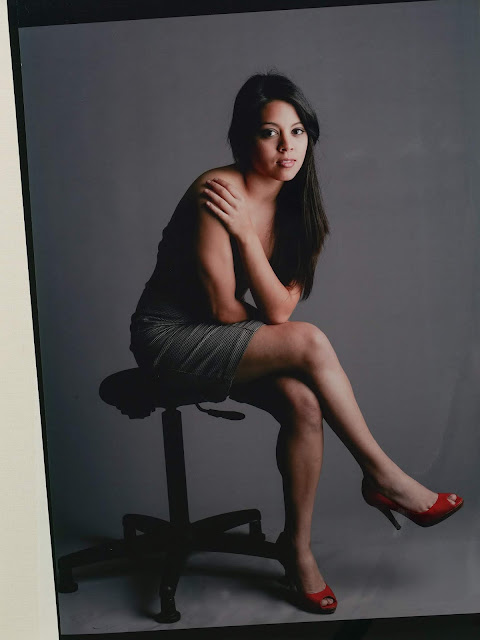 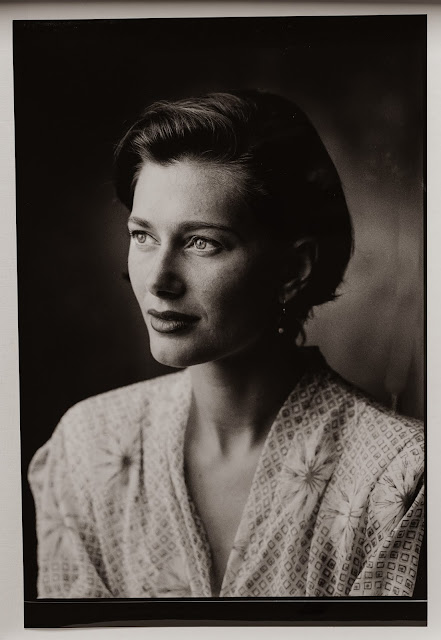 When you print for yourself it's always a process for trying variation after variation until you get stuff you like in the moment. But the next time you print it's different. You're different.

Posted by Kirk, Photographer/Writer at 22:24 12 comments:

An interesting morning in the studio. Photographing a new(-ish) lens with an ancient lens on the "new to me" Panasonic GX8. 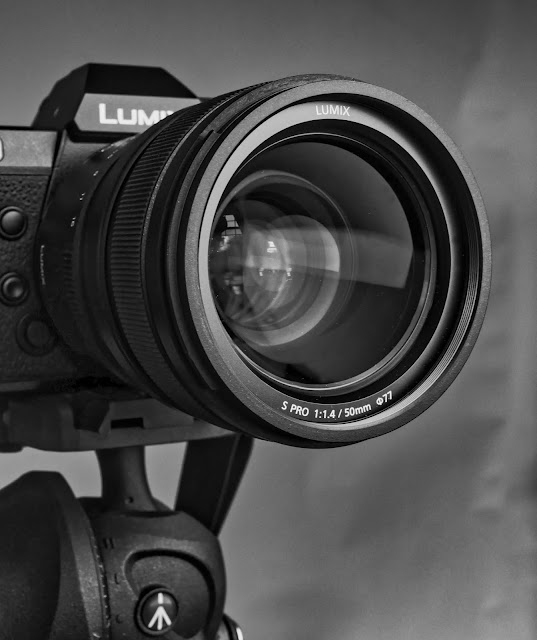 It's Monday morning and we're still social distancing and isolating in place. Early this morning a crew of two came by to power wash the stone work and the cedar siding of our house in preparation for tomorrow's house painting adventure. No. I will not be doing physical work. We've hired a company we've used with good success in the past. I only climb ladders now for real money. We're trying to keep the economy rolling; especially for small companies...

Feeling more or less useless at the moment I retreated into the office and cleaned the sensor on the camera I bought Saturday. Then I thought I should test said camera and looked around the vicinity for a gorgeous person to photograph. No dice. Everyone is sheltering in place. I asked my spouse but she gave me one of those wry looks and went back to her current project of designing and producing the perfect face masks for herself, me and Ben.

Since I couldn't find a human ready to risk possible death to be photographed I looked for the most glamorous object in my studio and decided to make a portrait of that. We used to call this kind of work "still life" but now, in my mind, everything is a portrait...

Following along on my contrarian path I opted to use an extremely counterintuitive lens to make all of the photographs; an Olympus Pen half frame lens that was designed in the late 1960's and manufactured  through the very early 1970's. Today's taking lens was the 25mm f2.8. It's designated as a G. Zuiko. That was Olympus's branding for their lenses at the time. It's a small and solid lens and I use it on the micro four thirds cameras with an inexpensive Pen F to m4:3 adapter ring. Of course, the lens has no mechanical or electric connections with the camera to allow for frippery like exposure control or focusing. You have to adjust these things manually. But that's what the big screen on the back of the camera is for, right? 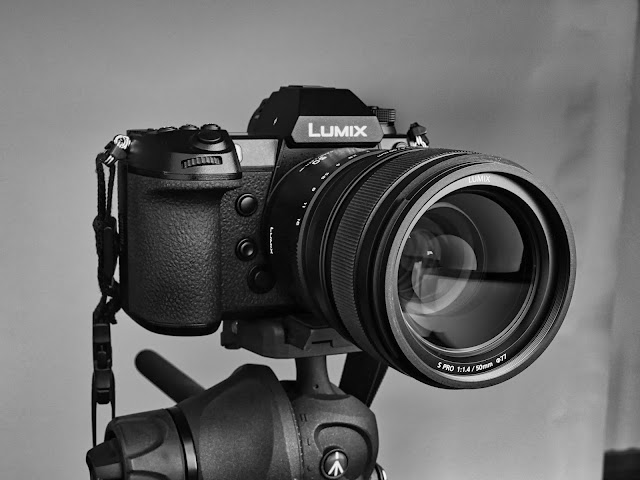 I rarely used the older Olympus G. Zuiko Pen lenses in the studio and have never done exhaustive quality testing of the samples I have but I was interested to see what I'd get with the camera on a tripod and the lens used at what I thought might be the apertures that would delivery the best performance.

(short break for my book suggestion of the day: In these times of insanity amongst our "leaders" it would be interesting to read: Candide, or The Optimist by Voltaire. I would suggest reading it in the original French, just to be snotty and pedantic. But it's still a good read. But I'm not sure you came to my blog site to help me relive my college reading list...).

For the top two images I carefully focused the lens at the smallest aperture that I thought would provide the depth of field I wanted with acceptable image quality --- always fearing possible diffraction! --- and that was f11. I am amazed and delighted with the results. Seems that Olympus already, in the 1960s, knew how to design good, solid lenses for small format cameras...  The image just below was shot at f5.6 and it looks pretty great as well. Maybe better in close up than the samples I've seen from the latest Fuji X100F and its redesigned lens.... 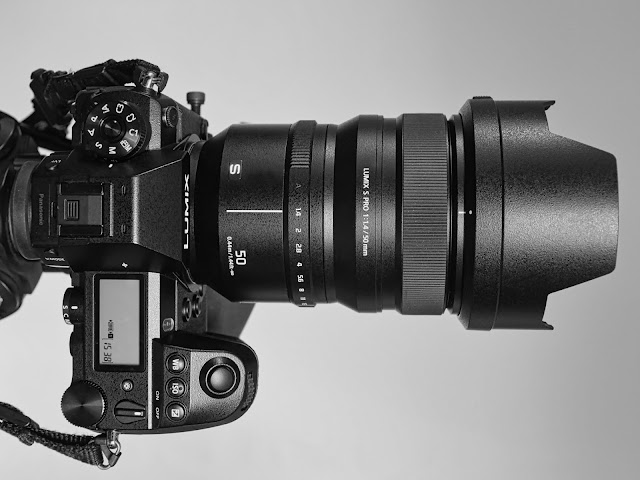 The Lumix 50mm S Pro lens is an interesting entry in the "normal" lens arena. Where the 25mm f2.8 on the GX8 is small, almost dwarfish, and easy to handle, and features the same angle of view, the Lumix 50mm S Pro is the exemplar of a totally different design philosophy. The lens weighs in at over two pounds and features 13 elements in 11 groups, including 2 aspherical and 3 extra low dispersion elements. It's got an 11 bladed aperture, a double focus system that combines a linear motor and stepping motor to achieve sensor drive at a maximum speed of 480 fps for fast, high-precision autofocus, it's dust, splash and freeze resistant and built to survive a nuclear blast. (that last bit is hyperbole == just a disclaimer for the painfully literal...).

Some have referred to it's output disparagingly, as being  "clinical" or "characterless" but I prefer to call it neutral and transparent. It's sharp enough to occasionally elicit aliasing even when used wide open on an S1R camera body (47 megapixels) so I know that its optical performance is pretty exemplary, and for all those people who secretly (or not so secretly) wish they were shooting with Leica lenses this one comes  very close, and has some small print on the barrel stating that it's been "Leica Certified."

I don't know what that means but my status interpreter tells me that it's supposed to be pretty cool.

If you shoot video you'll find that the lens hardly "breathes" at all when focusing and you'll like the clutch mechanism that gives you easy to operate manual focusing. I wouldn't be surprised to see this lens, along with the S1H, become a popular, low cost (everything in the cinema world is relative) filmmaking combination. Pairing it with the 24-70mm Pro would add some range and be a good match for color too. The 50mm S Pro sells for around $2300 USD. A bargain, right?

It's sad to own this lens right now because it's just begging me to go out to dingy nightclubs and worn-out coffee shops to make intimate photographs for interesting people. But we are denied. For the greater good. I can't wait for the day when we are unfettered and our fast 50mm lenses are once again unleashed on the visual world.

Yeah. So. Bored and sitting here making portraits of my favorite toys. I guess you guys are right, I should get to work on that next Henry White novel post haste....

Posted by Kirk, Photographer/Writer at 10:43 7 comments: