Thanksgiving Prosecco. Bring your camera to the table. 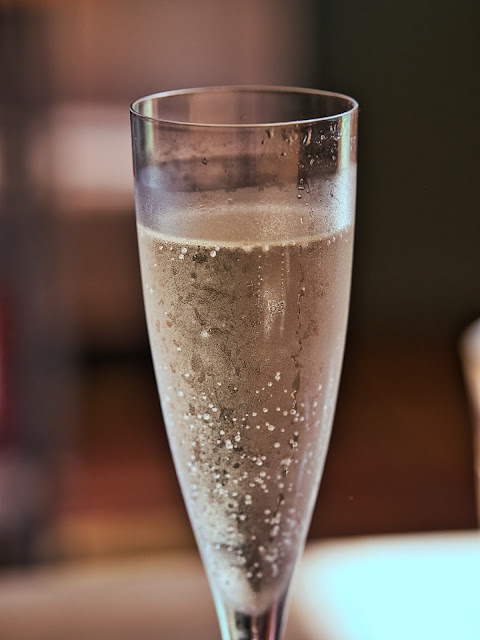 Panasonic GH5 and the Sigma 56mm f1.4.
Bokeh-Masters for m4:3.
Heading in for a little facial surgery tomorrow. Part of a witness protection program? Vanity inspired plastic surgery? Naw, just a bit of cancer remediation. Wish me luck!
In the meantime, is anyone out there using the Leica SL2? I'd love to read what you think about it if you are. I've been bouncing back and forth for months about whether or not to "invest" in one. I may be too fickle to make the "one camera forever" thing work. But you never know...
Write me in the comments if you have experience. If you want to write a guest column about your experiences we can certainly entertain that. But you have to be a real, hands on user and not just a Leica hater with an axe to grind. There are other sites for that.
Posted by Kirk, Photographer/Writer at 17:32 14 comments:

A short review of the Sigma Contemporary 56mm f1.4 lens for m4:3 cameras. And another installment of photos from last evening's walk. 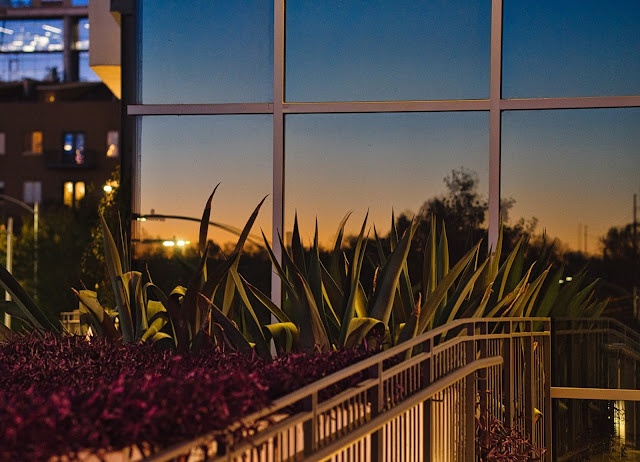 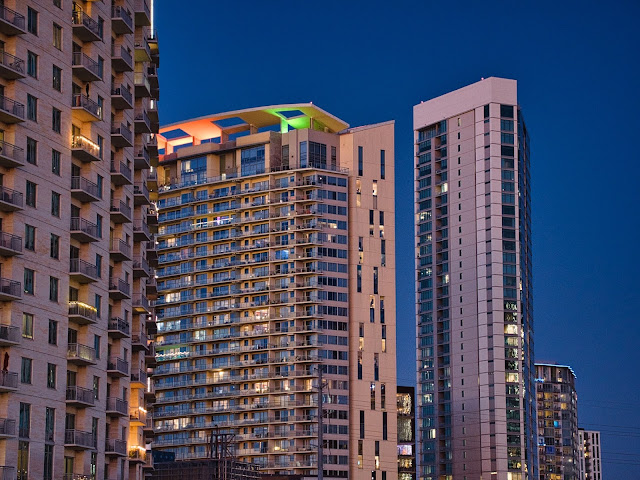 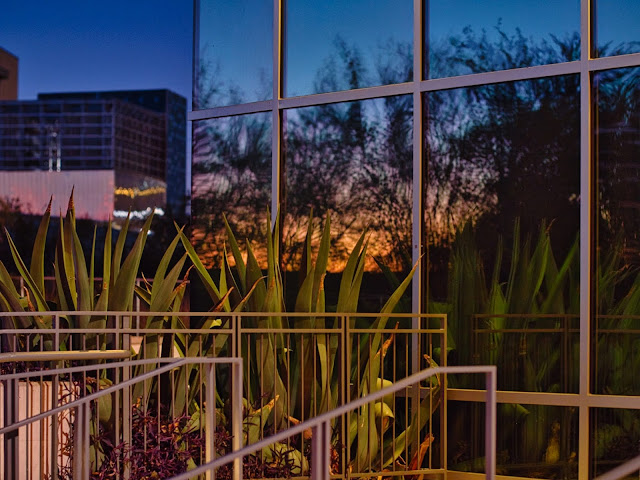 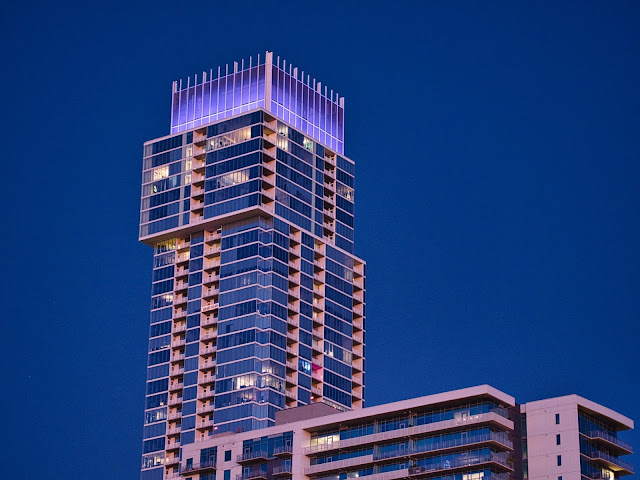 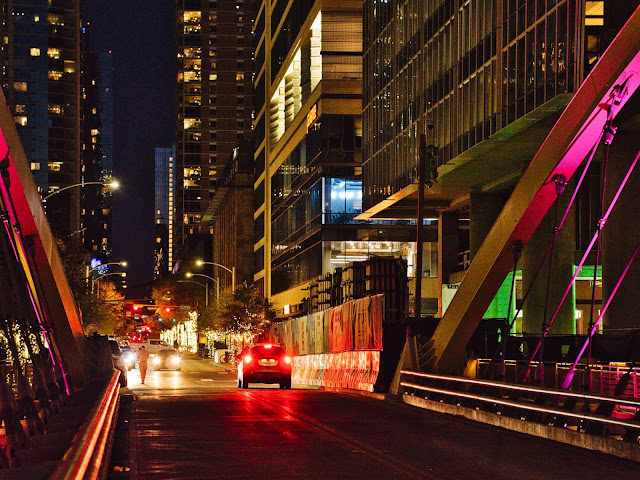 Note the lack of flare from the oncoming headlights. 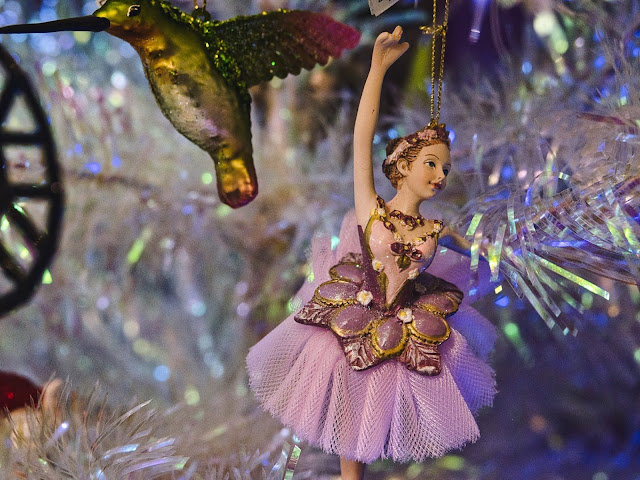 Focuses down to about a foot and a half. Not bad considering the angle of view. 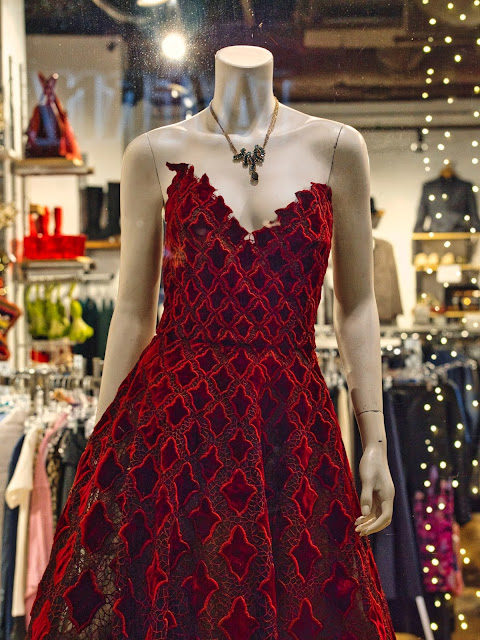 Note the lack of flare from the spotlight over the mannequin's right shoulder. 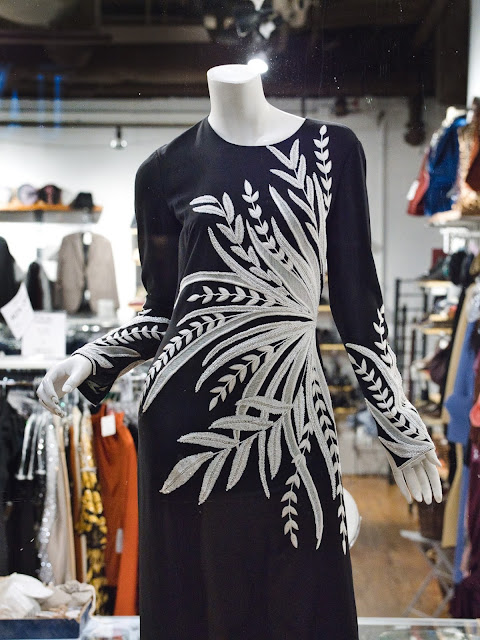 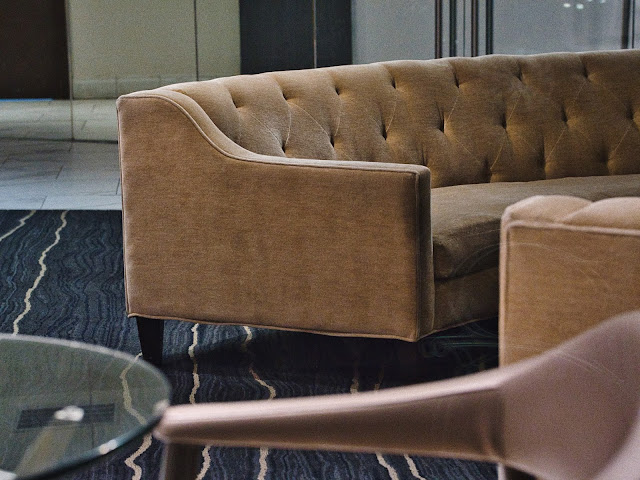 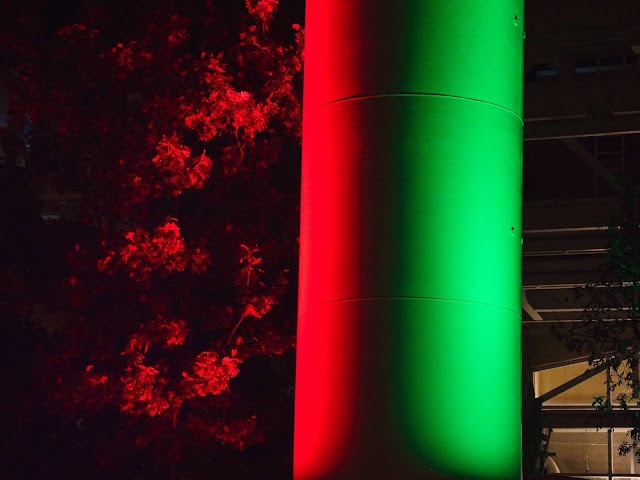 The Seaholm development, built around the bones of a retired power plant, lights up the evaporator stacks for the holidays. It's a fun look.

Posted by Kirk, Photographer/Writer at 17:29 2 comments:

Is the GH5 only suitable for photography in bright light? Let's take one for a walk and find out. 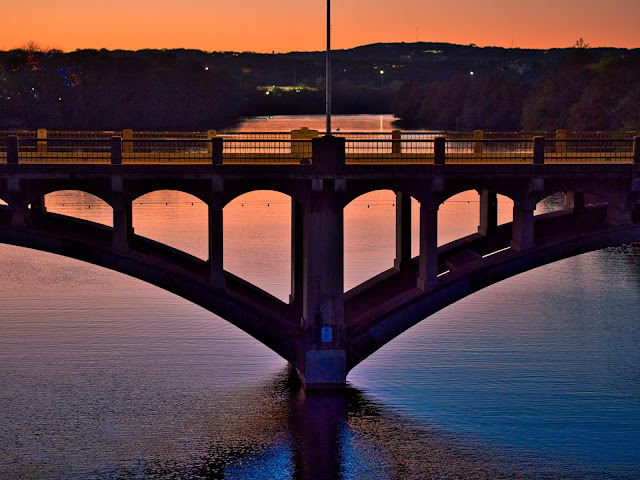 Micro Four Thirds cameras get a bad rap. Everyone acts like the minute the sun goes down the camera's ability to handle low light turns to mush. "Noise the size of golf balls!" I know that's not true but every once in a while I have to see (again) for myself.
I was tired of re-ordering my studio yesterday. The sun was about to set. The temperatures started dropping towards the 40s. I picked up the Panasonic GH5 from the top of my desk and checked to make sure it had: a charged battery, a useful lens ( the Sigma Contemporary 56mm f1.4) and a memory card. Then I hopped in the car and headed over to the theater to park, walk across the pedestrian bridge, and visit downtown as night fell. There was an hour and a half available before dinner time.
While it's the same basic route I usually follow it's amazing how different everything looks when the light outside drops and the lights inside come up.
The GH5 has very good image stabilization and I was able to handhold all my shots in a low range of shutter speeds. Mostly between 1/8th second and 1/60th of a second. Of course if stuff was moving during the exposures all bets were off. I set the camera to Auto ISO and set the top of the range to 3200. I shot raw and Jpeg. All of these are from the raw files. 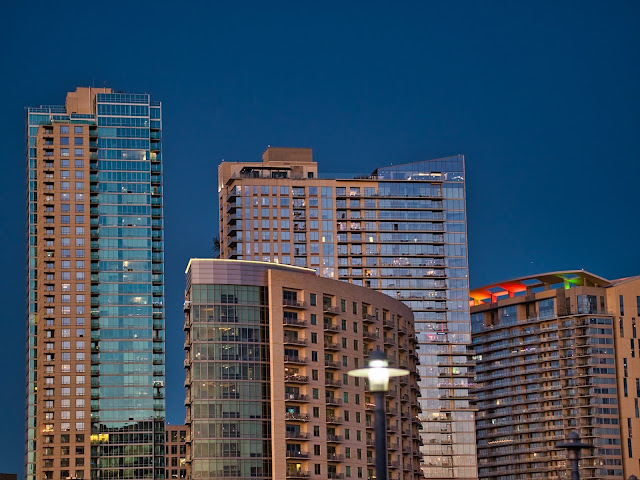 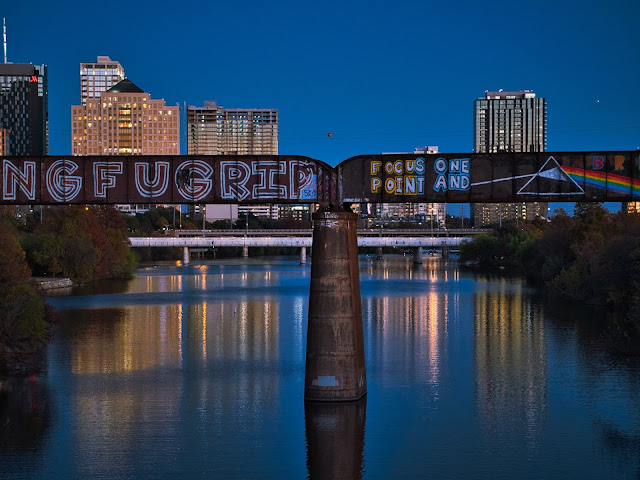 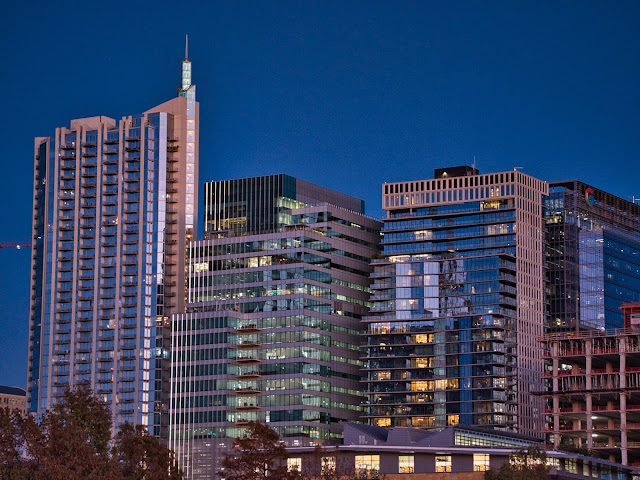 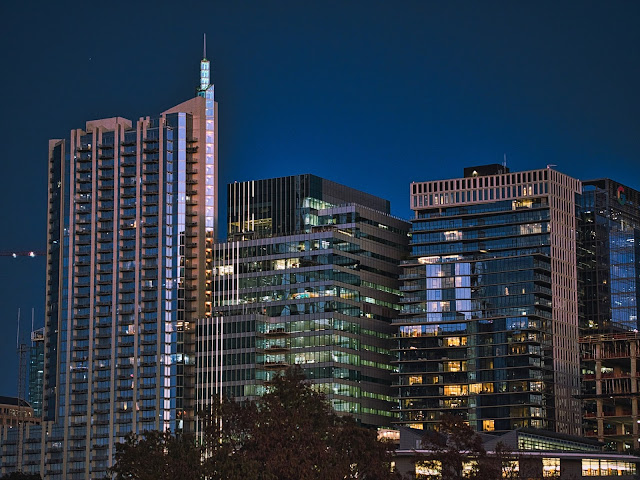 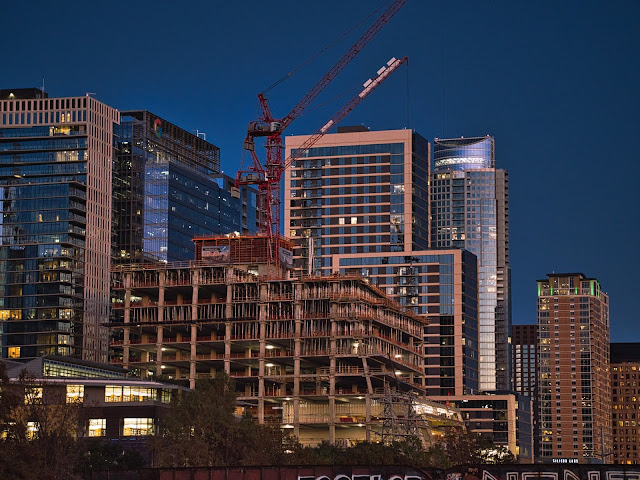 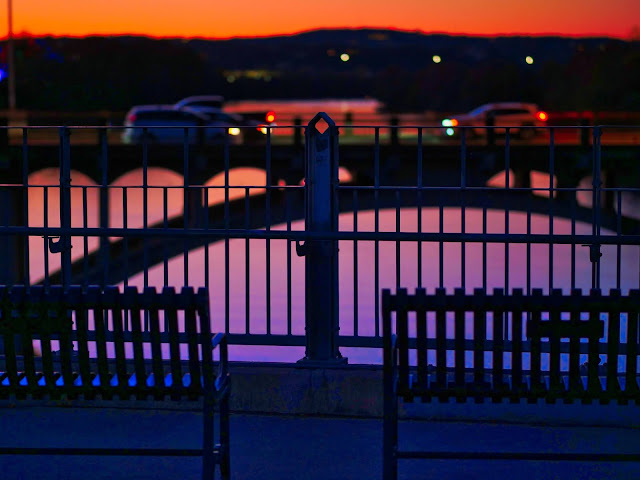 I think the GH5 is trouble free right up past ISO 800 and very useable for photography right up to ISO 3200 as long as you are willing to get the exposures just right. If you like to underexpose and bring up your shadows in post (which I admit I do like to do) then you might want to cap the range at 1250 or 1600.

I shot most of the images with the lens set either wide open or one stop down at f2.0.

It was nice to be in cold air. It feels so different from my baked in impression of the city as being in a perpetual heat wave...

Posted by Kirk, Photographer/Writer at 16:04 2 comments: