Sony shaves, tapers and swings for the fences. A jumbled, mixed sports metaphor when I really just meant to say that Sony has introduced an interesting, new camera. 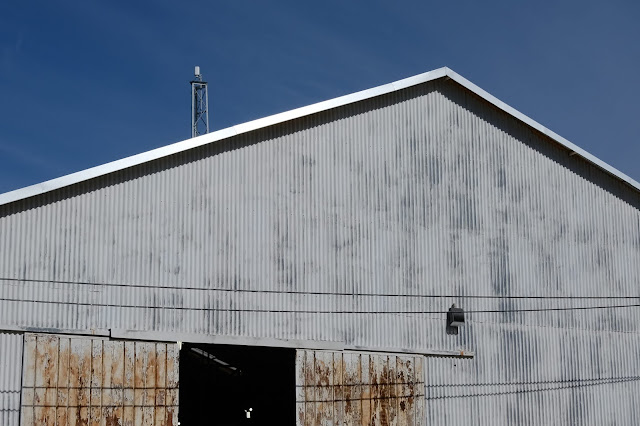 Fuji X100V. In Johnson City.
If you haven't been over on YouTube today you might have missed the newest blast of information from Sony this morning. They've just introduced a brand new camera called an Alpha One. The body looks similar (maybe a little beefier? I can't tell from the screen images...) to the recently introduced, A7SIII but the specs are actually pretty amazing. The camera uses a new, stacked BSI 50 megapixel sensor and can shoot full res raw, 50 megapixel images at 30 frames per second. To gild the lilly, it's able to do this with NO viewfinder blackout.
Here's the product announcement video: https://www.youtube.com/watch?v=e0lLCqmHSSg&feature=youtu.be
The camera is also capable of shooting 8K video at 10 bit, 4:2:2 for up to 30 full minutes without overheating and shutting down. For video shooters Sony has finally included a full sized HDMI port along with a USB 3.2 port and an Ethernet port.
The Alpha One has two CF Express card slots which will also allow one to use SD cards instead.
The camera is, without a doubt, a technical tour de force. From a 9 megapixel EVF to a 1/400th flash sync (1/400 with mechanical shutter but a full 1/200th per second flash sync with the fully electronic shutter) nearly every spec is better than anything else on the market.
Sony even went into full competition with Leica...on price. While a brand new SL2 from Leica retails for $5999, Sony upped the ante by pricing the new Alpha One at an eye-watering $6500.
The new Sony will offer two amazing performance advantages. One is the state of the art AF for fast moving subjects and the other is pure speed and responsiveness (data throughput) when shooting continuously with Raw files.
So, who is this camera for? I'd say it's aimed squarely at sports shooters and it's almost certainly scheduled to come out, at least in limited supplies, in time for the Tokyo Olympic games scheduled for late Summer this year. I think it will also be a popular camera with movie making professionals who will enjoy using this camera on a gimbal for high impact, fast moving shots with perfect focus lock on.
Is it a camera for the fine art photographer who shoots found objects at a leisurely pace? Probably not.
But it's a fun bit of catharsis for a market that's been battered over the last year(s).
Will I buy one? Who knows. I seem to be working my way through most of the interesting camera models but the time frame is vague. The future is hard to see. I may just buy an 8 x 10 view camera and start doing platinum prints instead. But probably not.
Anyway, Sony produced a very nice intro video for their new system camera system so head over to YouTube and take a look. Or grab an older Olympus EP-2 and go have a nice, colorful walk instead.
Here's the Sony Alpha YouTube Channel link: https://www.youtube.com/c/SonyAlphaUniverse/videos

Lots and lots at which to look...

Posted by Kirk, Photographer/Writer at 11:33 13 comments: