Remember when a good light lasted forever? Welcome the age of ever improving LED lights and their rapid obsolescence. 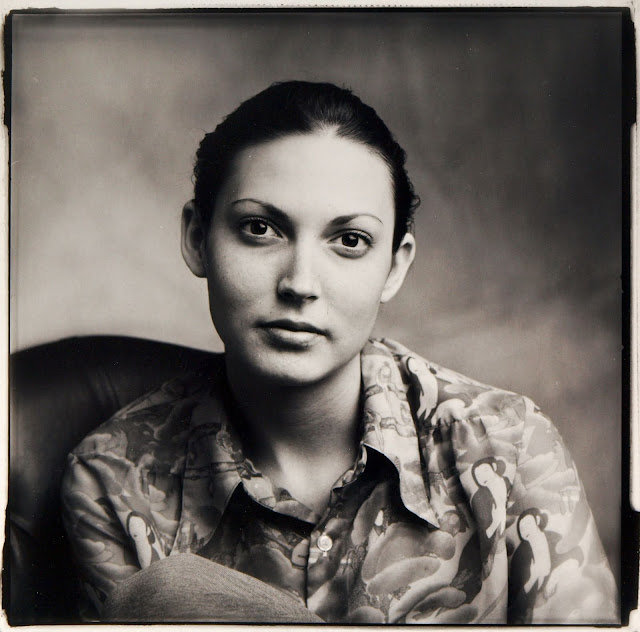 When I learned photography we all used the same "kind" of light. It was electronic flash. While some were better constructed than others or had features such as faster light burst (shorter overall duration) most of them worked in pretty much the same way, and outputted very similar light. There were differences in studio electronic flash equipment which mostly centered around the way different makers handled excess UV output which could cause some color issues. But once we hit the early 1990's UV coated flash tubes became the rule rather than the exception and a good worker could expect pretty much the same results (in terms of color accuracy) from a wide range of products. The nice thing about consistency across product lines was that there was no logical impetus to rush out and buy a new generation of lights every few years. If the lights did what you needed (mostly giving you the right power and recycle times) you would not see qualitative differences between this year's model and the lights you bought 10 or 20 years ago. You could mix and match with abandon. A change to a new system didn't demand a new working methodology, instead it usually just required changing speed rings for mounting modifiers.

The progression of LED lights has been a bit different. Well, a lot different.

The first useable (for photography and video) LED lights were panels that didn't have very high output and had some glaring deficiencies in their color output spectrum. Early LED fixtures were designed around the only cost effective LED light units then available which were the small, 1/8th inch diameter "bulbs." In order to get enough power out for a workable lighting fixture the manufacturers had to group hundreds or thousands of the small bulbs together onto panels. The panels were big, heavy and, even with over 1,000 bulbs on them, not really bright enough for a lot of different applications.

Since the panels were big you couldn't practically use them in soft boxes or mount umbrellas on them so modifying the light coming from them required photographers to adapter lighting methods cinematographers have used since the dawn of movie time. They had big diffusion panels set up in front of the LED light fixtures, and each panel had to have its own light stand and attachment gear. It wasn't until LEDs built around Chips on a Board (COB) were made in a form that was similar to a flash monolight that photographers could directly mount umbrellas and soft boxes on them.

But the big issue, and the thing that fueled a legitimate upgrade enthusiasm is that every few years the actual spectral accuracy of LEDs improved, and continues to improve. Those improvements have a direct impact on the quality of the lights we use to make photographs. And with each generation it became possible to make the LED lights more powerful.

People in general are very sensitive to color accuracy in portraits and this is a field where the improvements in parameters like red response and overall color balance had the most effect.

While CRI is a kludgy measure of non-continuous light color accuracy it is a measurement standard we've had in place for a long time and it's a good, blunt tool for discriminating between generations of fixtures.

My first LED panels had a CRI rating of 83. They needed to be filtered, and the resulting files needed to be worked over in post processing. They were deficient in the areas that most affected portraiture so, as  you can imagine, each improvement in those measurements has led me, like Pavlov's dog, to trade up to the newest tech.

Three or so years ago Aputure put out a product line called, "LightStorm." I bought their big panels as their rated CRI was around 93 and the upgrade over my previous lights was pretty amazing. Portraits were easier to finish out and the new fixtures were a much easier match when mixing in daylight. I liked them enough to also buy the half height models, the LS-1/2. Since all of these lights were panel designs I still had to pack twice the number of stands as there were lights in order to use modifiers with everything. But the color issues were mostly resolved.

Recently Aputure, Godox and a number of higher end makers have turned their attention to making more accurate COB style LED fixtures. These have small (think 1.5 by 1.5 inch) output devices which makes them as convenient as traditional flash monolights to use. Most have a Bowen's mount which means you can mount an endless inventory of soft boxes, octa-boxes and similar modifiers at will. Most have fan cooling to ensure reliability when using on-light modifiers. And the newest versions are now rated with CRIs that are very, very close to daylight. Almost all boast CRI's above 95. The lights do well with other, more stringent light measurement standards as well.

So, unlike flash gear, upgrading isn't just a result of boredom or the desire to have a different internal triggering system; when doing most upgrades from older LED products you'll likely see big improvements in overall color accuracy and overall spectral balance.

The best lights currently on the market are also remarkably consistent in the magenta/green output which means they are easier to mix and match across brands.

My Aputure LightStorm LED lights are exiting the studio today. They've been replaced by a small flock of Godox LED lights, all of which are the non-panel variety. They are the contemporary, continuous light version of the standard monolight configuration flash photography uses. I can use them on locations without having to bring extra frames and light stands for modifiers. They are sturdy and easier to pack.

The models I've purchased all have the power supply parts internal to the light fixture so I don't have extra control boxes or power converters hanging off stands. I have fewer cables of which to keep track. It's a net improvement in logistics but the big payoff is: higher CRI and TCLI ratings for more accurate color.

Four light units are leaving today. They've been good, reliable fixtures. I hope they go to a good home.

It's more interesting to consider upgrading for rational reasons rather than having to justify intangibles. It makes for a more emotionally comfortable transition. Better color is generally always a better choice.

Back in the days of electronic flash the only compelling reason to upgrade, after a certain technical quality level was reached by strobes, was to make your location package smaller and lighter or, conversely, to make your studio light more powerful in order to better handle the combination of slow films and large format cameras. The old ways; f64 @ ISO 64 and be there. It's totally different now.

We are almost totally LED here. We have some vestigial flash gear but nothing like we used to keep on hand. That's nice. No more waking up in a strange hotel in the middle of the night anxiously wondering if you had packed the sync cords. Or extra batteries for radio triggers....

Posted by Kirk, Photographer/Writer at 10:09

I know Kirk does much theatrical photography and I greatly enjoy seeing his work.

Theatrical lighting has seen the same sort of changes. Carbon Arcs for follow spots now obsolete, tungsten in glass envelopes to tungsten in quartz envelopes to early (dim & horrid) LEDs. Current LEDs are better, but deep red remains a problem as does attaining repeatable nuanced color in general. The best current "tungsten" lighting instruments have many emitters in 7 different colors to create a sort of flat color profile, but peaks and valleys persist. Mixing LED instruments with on hand incandescent units is problematic for theatres unable to switch all at once to LED. Which brings us to control networks (DMX) that originated in the dark ages continue to be problematic.

The peaks and valleys of the LED output spectrum can play subtle havoc with camera sensors. Lighting designers work hard to create specific effects for the eye to enjoy, but which effects can be difficult to accurately capture with camera sensors. I wonder how satisfied Kirk is with the color of his images compared with what his eye saw on stage. (Or how hard he works to create images which look like what his eye saw on stage.)

Again, I admire what I've seen of Kirk's theatrical work.

Kirk you didn't tell us the Godux model number. I see on their website, there are numerous ones now. Silent, fan cooled ete.
Which ones are you using?

Godox SL150Wii and SL200Wii. Nice lights. They play well with the three SL60W lights I already had.