OT: In the waiting mode. Not where I want to be. The perils of decline. 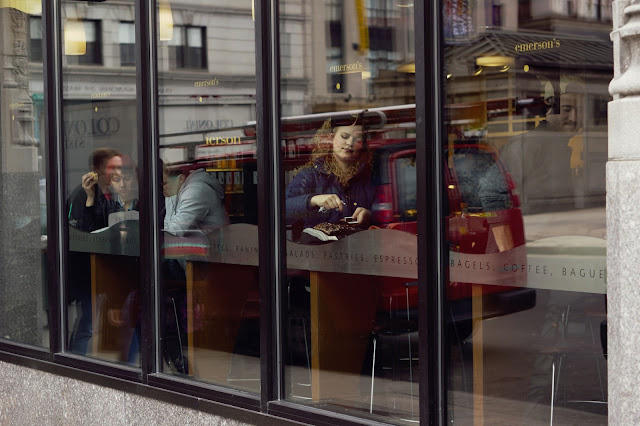 My brother and I had a running joke about my parents. His take was that they retired so they'd have all the time they needed for doctors' appointments. Now that I'm over 60 I'm starting to understand that everything doesn't just run according to plan. We become more like older cars that need little (and larger) tweaks and repairs. Lately I feel like a half broken camera that needs an extra dose of duct tape.

I'm now getting platinum level frequent visitor miles from: My dentist, my dermatologist, and my general practitioner. Nothing is a big, dramatic life or death escapade but more along the lines of the car stereo going in and out of service, or the front alignment needing, well, alignment. Annoying and potentially dangerous, in turn.

About a month and a half ago I went to my G.P. to ask about a smallish spot on my face. He said, "I don't like the look of that one." and sent me along to my dermatologist who said, "hmmmm. we should do a biopsy. Hold still while I slice off part of your face and then cauterize it with some wicked tool." Not long after that he called back to say, "That's a squamous cell something or other and I'm sending you to a MOHS surgery specialist. You'll like him, he's funny. And very good." (I liked the MOHS surgeon; all three of his kids are competitive swimmers).

In the interim I had an ancient crown come off a back molar. Always an unsettling occurrence. So I got in touch with my dentist who looked at the mangled remains of the crown and announced that we'd be doing it over again. Since she is extremely good at dental science and also sings even better than Norah Jones when she does procedures I presented myself on the appointed day to get pierced with a sharp needle delivering numbness, and then drained off part of my checking account to pay for the procedure.

But none of these visits are a closed loop. They all require follow up of some sort or another. You have to go back a week or so later to have the new crown fitted which gives the dentist an opening to say, "Hey, we missed your last regular check up because of the pandemic. What day/date/time works for you?"

But in the meantime I've circled back to the MOHS surgeon for a follow up at which he had nothing but praise for his own good work. And I have to agree with him that I can barely, barely see the scar. Pretty amazing but nonetheless another adventure in meeting with a doctor. Another spell of answering the Covid-19 screening questions for bored receptionist in scrubs.

But, feeling lucky I signed up for the Moderna vaccine and got jabbed (the one English/U.K. slang I actually like) back on February 10th. I still think it was a good idea but now I'm waiting to hear this week when I will get my second harsh piercing. I pass the time waiting for my appointment to be announced by listening to my friends regale me with their stories of all their gruesome second dose side effects. The one I like least so far is the story of a full overnight session of vomiting.... The splitting headaches are a close second.

But here's the deal. I can't schedule stuff until I know when I'll get the second vaccine dose because I have no idea how I'll react to it. Could be tomorrow. Could be a few days later. But if we're into the middle of next week I'll have to delay it because I've booked a project and the wheels for that are already in motion.

But, intermixed in the time line was another trip to my G.P. to have him identify a bump behind my left earlobe. It's been there for a while but, hey, over 60 and ample time to visit with my doctor; right? And the bump probably won't go away on its own...

He took a look and then punted. I'm scheduled to go back and see my dermatologist on Thursday, at some ungodly hour in the morning. Certainly too early for coffee..... I can't predict what he might say but I hope it's more of a "let's burn this off with liquid nitrogen" and less of a "let me do a biopsy and then I'll probably send you back to the surgeon."  You remember him. He's the guy with kids that swim...

So, I also had this appointment to circle back around to my dentist for that deep cleaning and check-up and wouldn't you know it! Their state of the art X-ray machine found something my ballad-humming tooth doctor didn't like and now I'm being referred to specialist who does root canals. But I can't schedule that right now since I'm in the holding pattern for the vaccine. Which may save my life if I happen to end up singing with my choir group in a crowded bar on Sixth St. while dancing with vigor and breathing hard. The governor says that's all okay now.

So, now that I've crested and progressed into the maw of my 60s I'm beginning to understand my parents a bit better.

And no matter who ultimately wins they'd better schedule quickly because I've got stuff to do. And that photo project next Thursday is not going to get rescheduled. Too many people already committed. And which I want to do in order to feel relevant..

I'm sure I'm missing some other torment of aging right now but I think I've had my limit. I did get a t-shirt the other day. It said, "I worked hard all my life and the only thing I got to do in my retirement years was wear this T-Shirt and bitch about stuff."

One of my less delicate friends let me know that he feels all of this is just my karma for having bought another Leica. I tried to tell him that the fates couldn't be so cruel; after all, I passed on the Ferrari...

Posted by Kirk, Photographer/Writer at 19:14 27 comments: