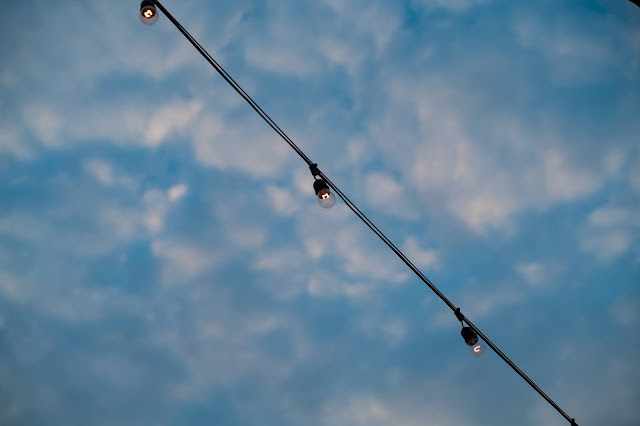 What a whirlwind of a day! My first call of the morning was with the client for our project in Sante Fe. Guess what? Yep. It's been pushed back to the Fall. The CEO decided that the risks outweighed the cost of re-scheduling and pulled the plug. I have a cancellation policy but it wouldn't have kicked in till next week. Besides, I like the client and I'll be working with them on other profitable jobs this year. So now I go from planning overland routes through Roswell, and trying to decide whether to drive or fly, to having more time at the end of the month for playing and swim practices. My cameras will be disappointed.

This is not really a rare occurence these days. People are bad at predicting the future and I'm guessing when they set up this meeting late last year all the predictions were that Covid infections would be waning by now. Then, this year, after the emergency approval of three vaccines everyone was predicting a quick ramp up in acceptance and wide spread immunity. Ah well. I am so much better at predicting the past...

Now, on to today's obsession. A reader/commenter left a comment that said once a car lets you down it's gone for him. I work the same way. It's all about reliability. The offer to upgrade from a 2019 Subaru Forster to a new, 2021 model (identical trim and finish) came on a day when I noticed the smell of coolant coming from under the hood. I checked and the coolant was half way between "full" and "low." All at once I wondered if the car would fail me with plumes of steam out in the middle of west Texas, hundreds of miles from any service station and further than that to a Subaru dealer. That's when I took the offer more seriously. Yes, the 2019 is still under warranty and I was pretty sure they could find and fix a leak if it existed but just the faint smell of coolant introduced a tiny measure of doubt in my mind.

It's all academic now that the job which required the cross country drive is postponed. But what the heck?

After a chat on the phone with the dealer I decided I would drive out today and test drive a second car I've also been interested in; the Subaru Outback. It would cost a bit more to upgrade to that but I was willing to spend the money if I liked the ride and the overall feel better. They had an Outback ready for me when I walked up. I drove it around for twenty minutes, hated the lessened visibility, felt like the slightly bigger car just wasn't as nimble as the Forester, and made up my mind.

I went ahead a bought the new 2021 Forester. No hidden costs or charges. Exactly what they agreed to in the first place. Only hitch? They didn't have one in stock and will have to ship it in from another dealer. They found the exact car I want in Lubbock. It will be trucked here late this week or the first of next week. I offered to sign the papers and hand over a check today but the dealership's administrative office was backed up and I would have had to wait an hour to get it done. Instead they garaged my old car, handed me the keys to a brand new Legacy sport as a loaner and called it a day. And, yes, they are eating the transportation charge to get the new car here.

They'll have paperwork ready for me to come in and sign on Friday. Once the car arrives they'll take care of having the windows tinted exactly as they were for my last car and then they'll deliver the car to my house and pick up their loaner. Easy as pie.

Austin Subaru is great to deal with. Both B. and I have bought new cars from them and enjoyed the process and the hands-on service. They are currently the biggest Subaru dealer in the country, by volume. One of the things I like about them is that the first two years or 24,000 of ownership includes all maintenance. You pay for nothing for the first two years. Nice.

I'm driving a sporty new Legacy right now and while it's a nice car I've decided I no longer really like sedans. The visibility of the Forester spoils you for alert, high visibility driving. That's why it's Consumer Reports top choice this year for its class.

No camera work today. I'm always a bit distraught when I go a whole day without taking photographs. With swim practice, an early business call, a late morning coffee meeting with a video guy, and then a formal lunch to celebrate an anniversary with another couple whose anniversary falls on the same day, followed by some inefficient time spent at the car dealership, there just wasn't an opportunity to pull a camera out of a bag and click off some well considered frames. Or any frames.

Sad, because there is a Leica SL with a 50mm lens on it sitting quietly on my desk, looking at me and saying, softly: "tsk, tsk. How could you abandon us for the day?"

Posted by Kirk, Photographer/Writer at 18:42 16 comments:

Taking a break from the drudgery of photography to go out to eat at a real restaurant (for the second time in 12 months) with my wife. Yes. I took a camera..... (sigh!). 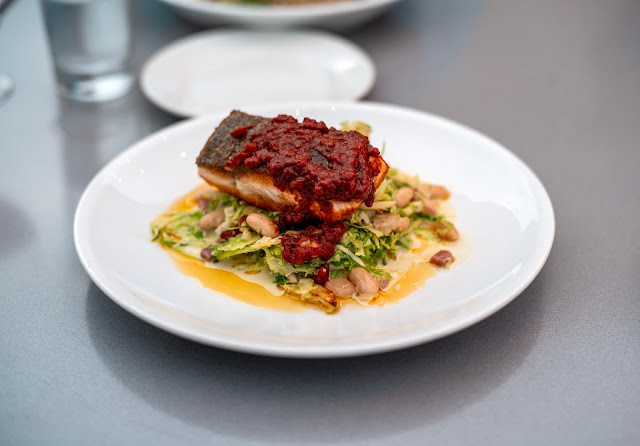 Salmon with a tomato reduction on a bed of
shredded Brussel sprouts, cannoli beans and
bits of prosciutto. Amazing.
Since the beginning of the pandemic we've shied away completely from going to eat at restaurants. Neither of us has gone to eat inside a "sit down" restaurant to dine in over a year. I guess we still haven't. But last night we had something to celebrate and we headed to our favorite Austin restaurant; Asti. They have a beautiful outside patio and their service and attention to detail is impeccable. The restaurant is owned by a close friend of ours named Emmett Fox. He swims with me in our masters program and he's been running wonderful restaurants for the 30 years that I've known him.
It felt strange after 12 months of curbside pick-up, and hundreds and hundreds of home cooked meals, to actually go out to a restaurant, to sit down at a well set table and be waited on by professional restaurant staff. It's something we very much missed.
As I said, we did reserve our table on the outside patio and not the interior. We would not have broken our restaurant quarantine in the recent past but we were, in part, celebrating that both B. and I have gotten our vaccines and gotten past the two week "afterburner" period during which one ascends to full immunity. Or as full of immunity as any vaccine has the potential to impart. That, in itself, was something to celebrate.
The experience could not have been more pleasant. We arrived during the last light of the day and were seated at a corner table with a nice view. The temperature was perfect and the waning light, sliding into twilight, felt as though Roger Deakins had lit the set for us.
There was a gentle breeze slow dancing around the tables and no one seemed to be in a rush. The diners nearest us (at  socially responsible distances) were happy, calm and quiet.
I brought along a camera so I could take a photo of B. for my personal scrapbook but I also snapped a photo of my entrée just for fun.
Two hours of pure pleasure. Life how it used to be.
36.
Posted by Kirk, Photographer/Writer at 09:12 5 comments: