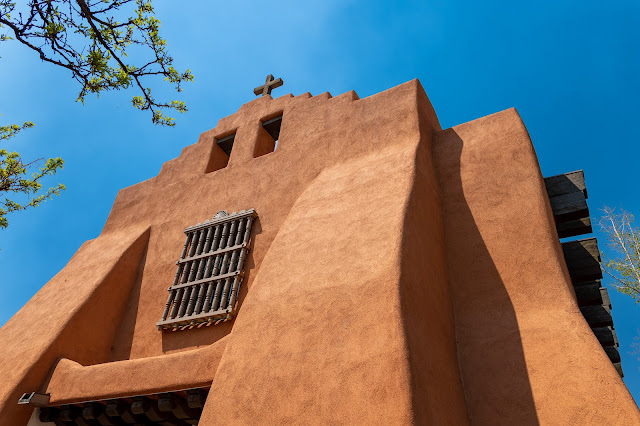 Posted by Kirk, Photographer/Writer at 18:04 2 comments: 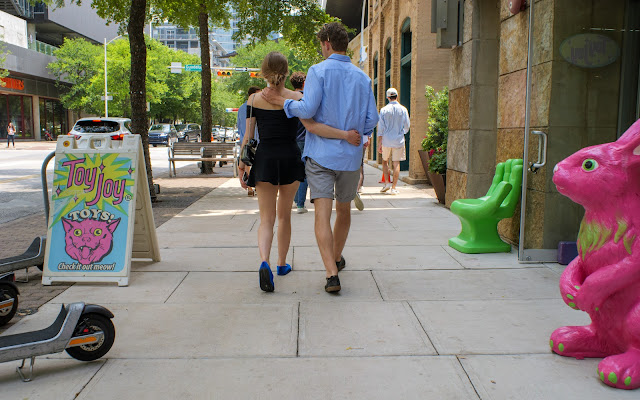 Remember that oh so cute and oh so cheap TTArtisans 17mm f1.4 lens I bought for the Leica CL a while back? I really liked that lens and found it to be more than sharp enough once I stopped it down past about f2.5 or maybe f2.8. And it's such an interesting and adorable bit of industrial design too.
I looked for one when I started buying up new Panasonic GH cameras but they were out of stock everywhere. B&H finally got some more in so I ordered one.... pronto. It came midmorning today on a Fed Ex truck. Lucky me. I'd just finished billing two big jobs and also politely informing a past client why I didn't want to participate in his exciting enterprise any more and I was anxious to finally....FINALLY have time for myself. So I put the lens on the GH6 camera and drove downtown to do my usual walk around the buildings. So much has happened in downtown since I was last there. It had been almost two weeks since my last visit. It was warm and humid and threatening thunderstorms so you know it was just right for me.
I walked. I ate stuff. I stopped for coffee and coffee cake. I put the camera on manual focus and roamed around. I used focus peaking. Sometimes I stood still and used focus peaking and then the added "assurance" of magnified focusing assistance. Everything looked pretty good in the EVF. I shot raw; just like the pros on YouTube!!! And when I got home I shoved the files into Lightroom and was giddy with the anticipation that I'd get the same kind of results I've enjoyed using the same model lens (but with an L mount) on the Leica CL/TL combo.
The disappointment hit me like a ton of decaf. When I stop down to f2.8 or f4.0 the center of the frame is sharp enough. Not sharp like it's sibling but sharp enough. But here's the rub: it's only sharp in the center third of the frame. By the time you get to an edge or a corner it's like a carnival lens or a Diana camera lens. The three colors focus on different planes, and it's softer than premium toilet tissue. Even at f5.6 the center is fine and the edges are dog food. But not the good dog food you can sub into a meatloaf or something. Nope, they are as nasty as the edges of bad lenses get.
Shamefully bad.
Shaking my head here since the copy for the Leica is so good and the one for m4:3 is just so bad. I guess this is what they mean by "sample variation." Yuck. My first return of the year? 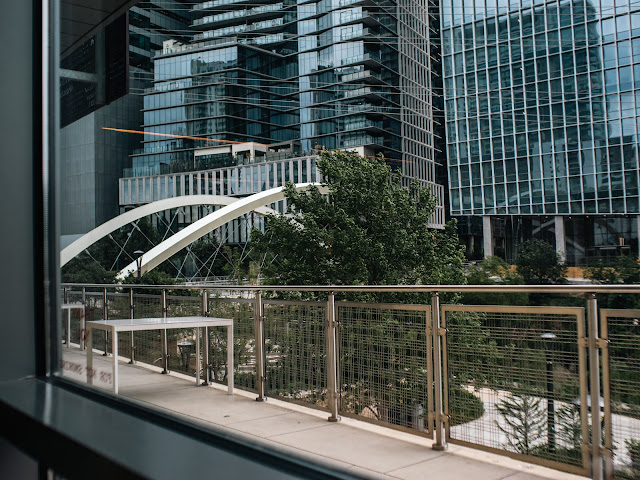 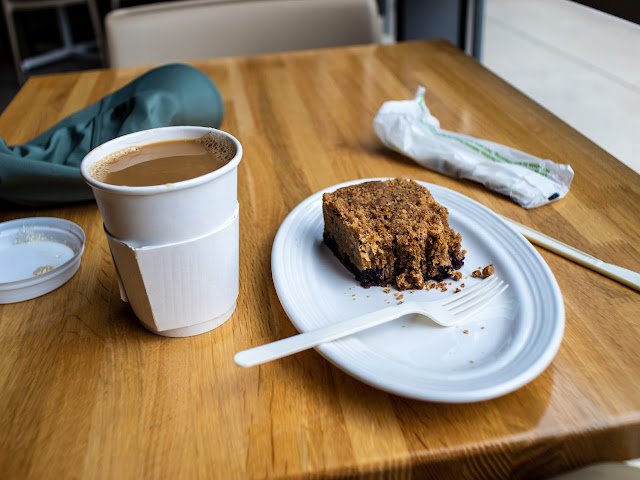 It's all fun and games until someone oversaturates the skies in Lightroom. Right? 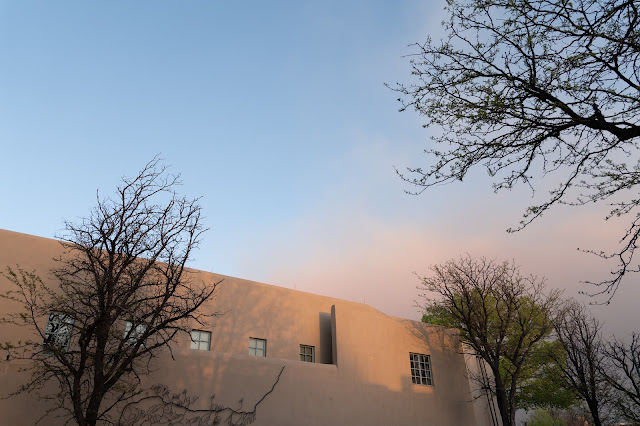 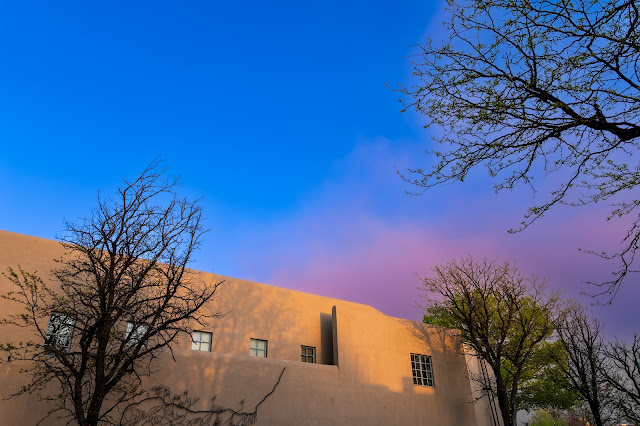 In recent updates to Lightroom Adobe has added powerful masking tools, many of which operate with automatic precision. I love using "select sky" in my quest to "fix" dull skies. Frequently, I go overboard and slam sliders around with impunity.
Both of these images started life in a Leica SL2 camera fitted with the Sigma Contemporary 18-50mm lens. It's a lens that was designed to work on APS-C cameras. It's small and light and the image circle in no way covers anything close to a full frame sensor. But since the version of the lens I have is dedicated to the L mount it automatically triggers the SL2 to change from full frame to a 1.5X crop. I started using that lens on my big Leica to reduce the size and weight of the overall package. Then I decided I really did like way the files look so I just kept on using it that way.
I shot these images on my last evening in Santa Fe as the last light licked the mud buildings in the Plaza.
The color in the sky in the top shot is "as shot" and the discoloration in the right hand side of the frame was caused by arriving smoke from the devastating wildfires NM is currently experiencing.
I used the "select sky" command in Lightroom on a very similar frame and included it on the bottom. Good taste is probably somewhere in the middle but I thought it might be useful to get the "Jerry Springer" approach to color out of my system before moving on to precious things like subtlety and such.
Just thought I should share my Jekyll and Hyde color management skills out in the open. 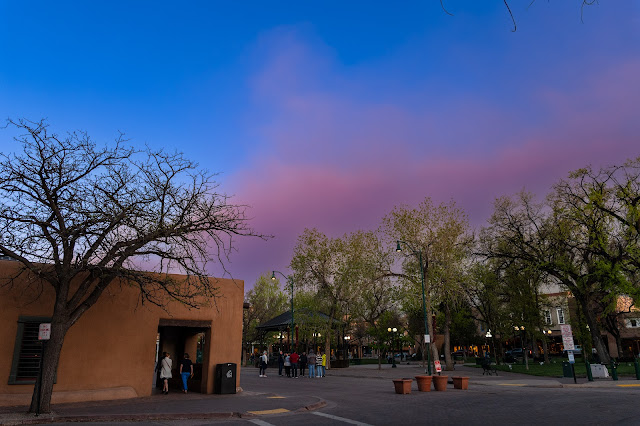 Posted by Kirk, Photographer/Writer at 16:37 2 comments:

I'm starting a new "sport." I don't do street photos any more. Now? 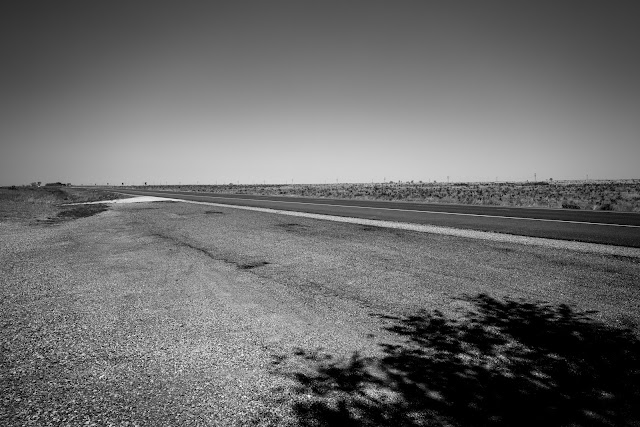 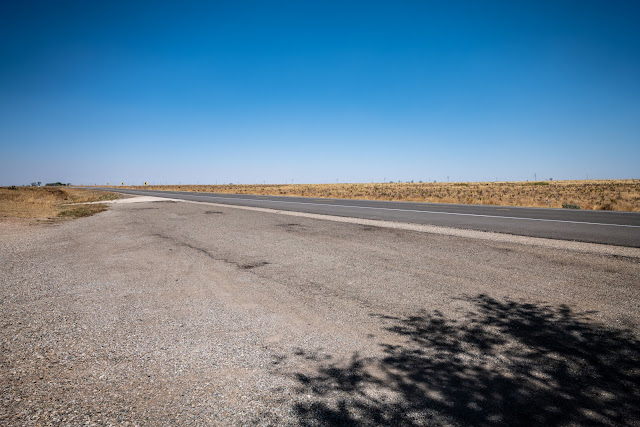 Untitled study in frame bisection. Vignetting included in the natural course of the process.
Keep you cup holders at the ready.
So glad to see some parts of photography finally moving from craft to sport!!!
Posted by Kirk, Photographer/Writer at 16:25 18 comments: