Trying to summon some affection for my least loved camera. Yes.....we've circled back to the Leica TL2. Now discontinued but still functional. I'm getting there. 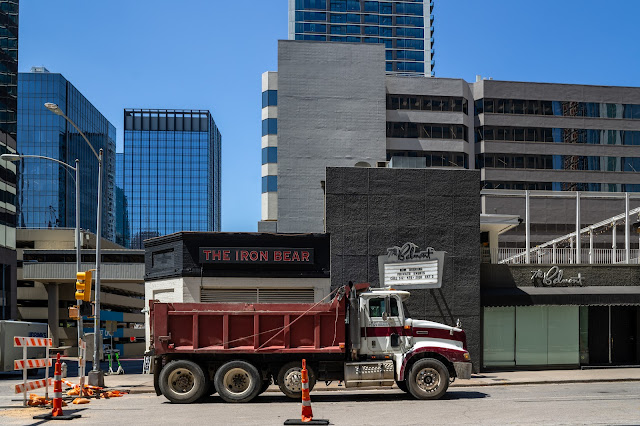 Who thought it was a good idea to ask 66 year olds to swim sets of 50 yards butterfly at workout this morning? Let me speak to the manager! Kidding, of course. It's just par for the course. But I have to say that having about a quarter of the hour long workout being comprised of butterfly stroke can be....daunting. Although the 20 year old in the adjacent lane didn't seem to be struggling at all...
"Fast is wasted on the youth.."
Seriously though, if you want to get your heart rate up and sustain it there nothing beats sets of butterfly in the pool. Maybe tomorrow we can spend the morning doing innocuous stroke drills instead???
So, after swim practice and a nice breakfast of scrambled eggs with smoked salmon I thought it would be a good time of the day to head downtown and walk over to my bank (which is on my usual route) and actually make a check deposit in person. Mostly because I was curious to see if banks still really have physical tellers who you can see in person, and such. They do. And the ones at my bank were very friendly. The walk to the bank was a thinly veiled excuse to try to build a bit of love... or at least grudging acceptance....for what is my current least favorite camera in the studio. And that would be the Leica TL2.
I didn't do it any favors though. I put the TTartisan 17mm f1.4 lens on it and mostly used it at f8 along with some half-assed zone focusing. The ultra bright sun was a good challenge when it came to composing on the rear screen. The searing heat made concentration hard. So most of the images are just random snippets of visual errata. I finally gave up when the soles of my shoes started melting into the sidewalks and went home...
I'll grudgingly admit that the screen was bright enough to see well; even with my sunglasses on. And I'll also admit that I really like the colors and tones from that camera. They are right in line with files coming from the CL and the SL, both of which I really enjoy. This particular version/sample of the 17mm lens is also quite good. Yes, there's a bit of distortion but it's easy enough to fix with Lightroom. So, unlike tests in the past with the same camera, I'd put today's effort down as an overall success.
Things I liked? The lighter weight. The quality of the .DNG files. The general competence of the rear screen ---  even when used in bright daylight. A surprising bout of endurance from the battery. The overall cuteness of the camera and the little, bizarre looking lens.
Things I disliked? Easy. The fact that the camera often switched to video when its rear screen rubbed against my shirt. That nuisance of the camera changing modes from "A" to "S" if I touched the screen inadvertently. The cryptic nature of hunting for some settings in the menu.
But if you are going to judge a camera by the files it creates I'll have to say that I'm changing my tune about the (now discontinued) TL2. Maybe I'm liking it more because of its new status as a discontinued underdog. But for whatever reason I seemed to have a more enjoyable time with the camera than I have had ever before.
But take all this with a grain of salt since my brain and my assessments of the camera might have been addled by the overwhelming heat as we soared to 100+ by noon. And we'll still be at 98° late into the evening.  Stay hydrated but don't spill water on the TL2, I'm not sure it's at all weather sealed.
24 megapixels of APS-C goodness. A good selection of competent-to-excellent lenses. A natty little black leather half case. What's not to like? Well, besides all the stuff I listed above... 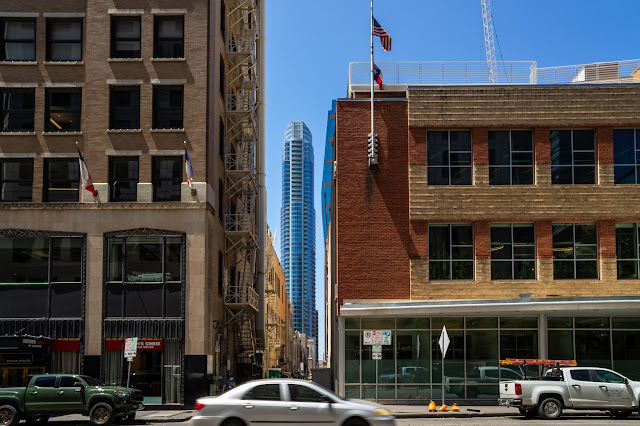 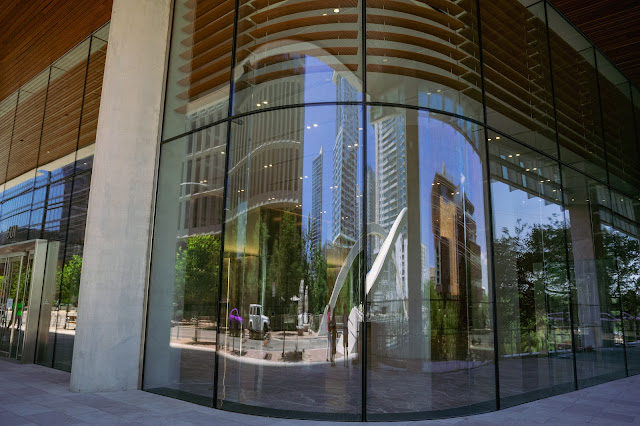 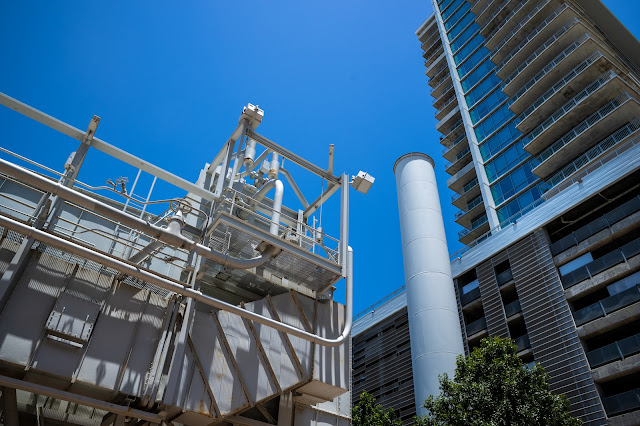 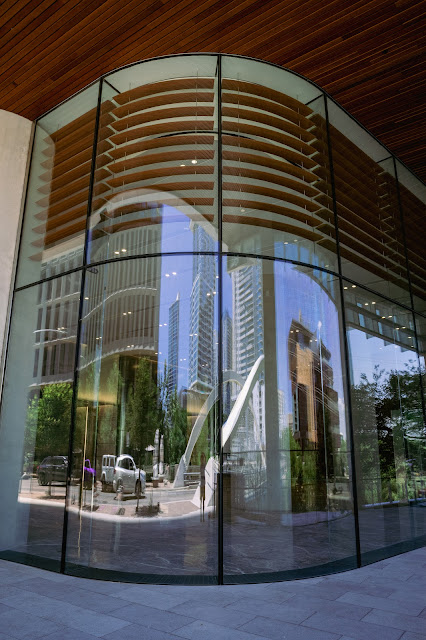 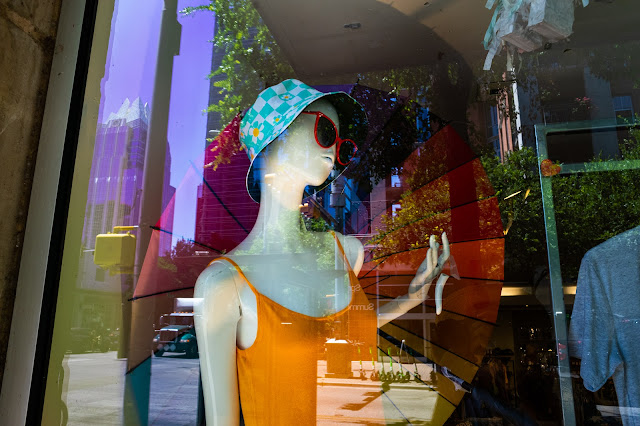 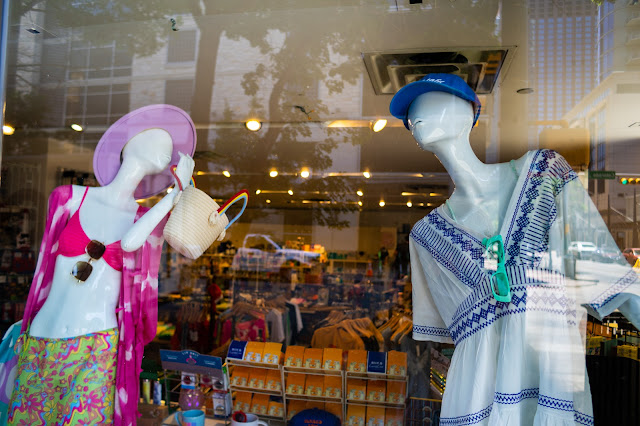 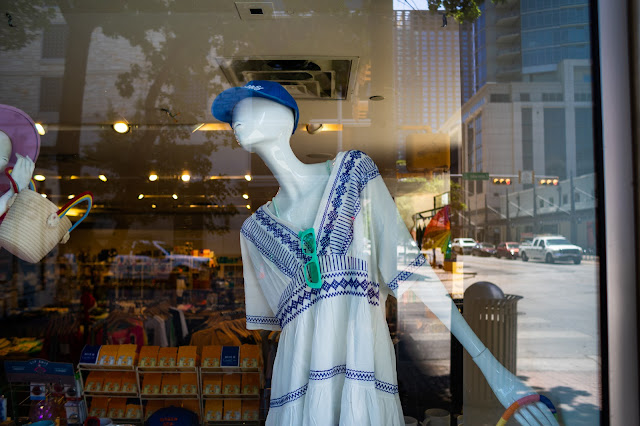 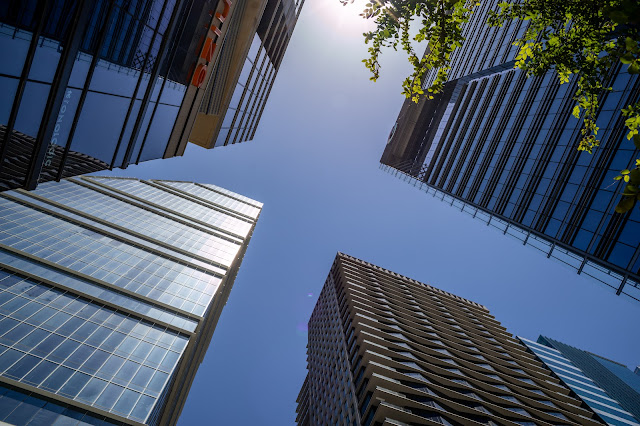 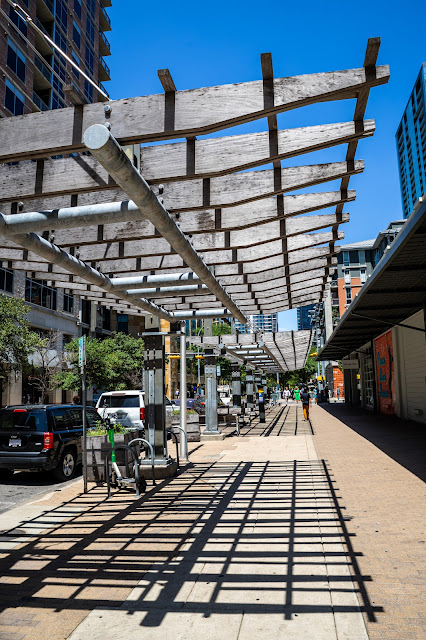 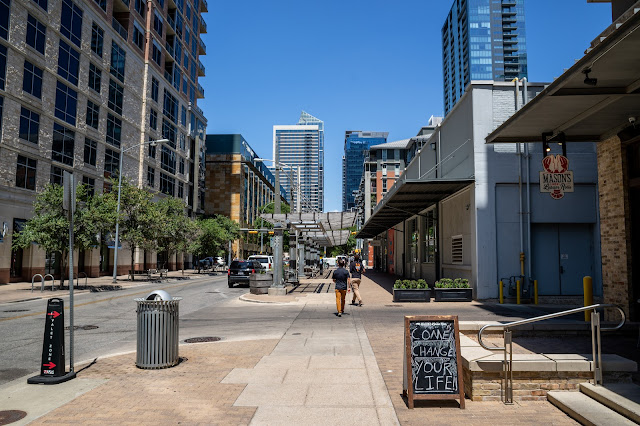 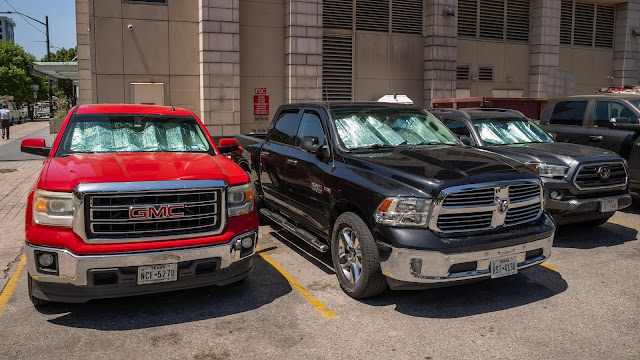 Every truck in Texas seems to have those metallic (but plastic) windshield heat thingys. 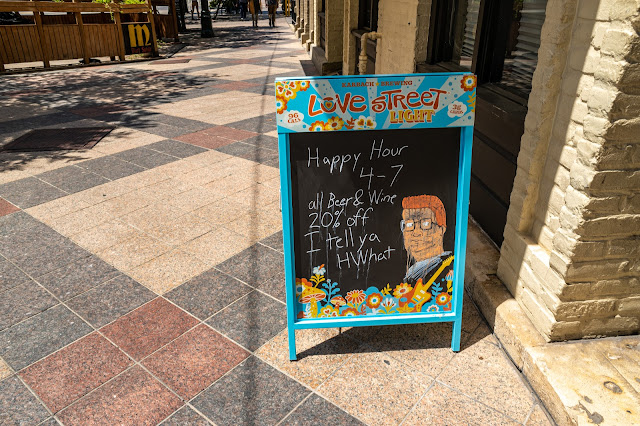 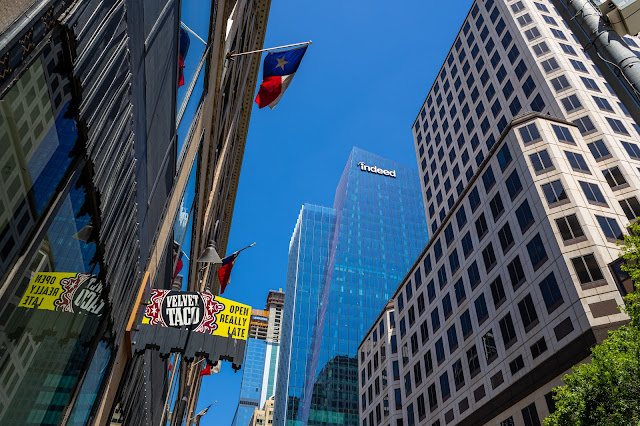 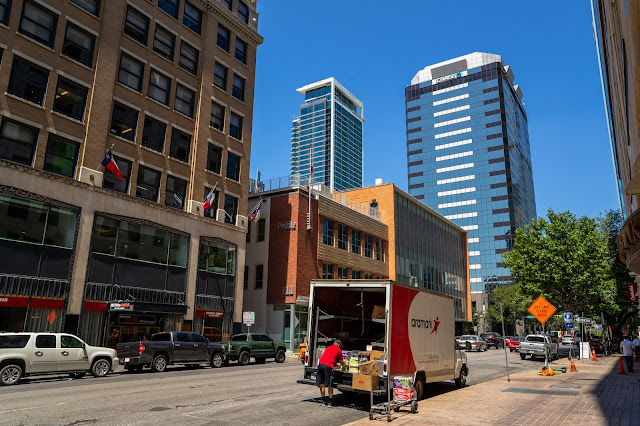 Posted by Kirk, Photographer/Writer at 18:38 3 comments: