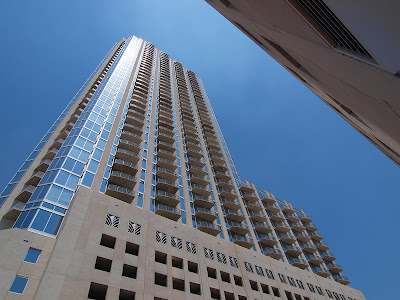 The hot wide angle lens on the market right now is the Nikon 14-24 mm 2.8 zoom. And it's a technological tour de force. Exotic lens elements. Nano coating. Hyper Drive focusing (I made that up). And the consensus is that, wide open, it trounces all the lenses in the focal range. By a long shot. It's currently around $1,800 US. If you shoot fast and wide you'll want one whether or not you are a Nikon shooter. Very cool.

But....what if you're a different kind of shooter? What if your wide angle work is outside in the middle of the day? What if you had the good sense to use some of your money to buy a great tripod? What if you'd rather spend your money on food and shelter?

Here's the secret that drives lens junkies crazy: All good lenses are great two stops down from wide open. Almost without exception. Take a 14-24 Nikon and compare it to an Sigma 10-20mm lens and at f5.6 or f8 you'll probably be amazed to find that they are pretty darn close.

This is something I learned a long time ago in two different ways from two different people. Charlie Guerrero (Master Photographer par excellence) showed me on an old Leica that the 35 mm f2.8 Elmarit was actually much sharper than the Summicron 35mm f2 inspite of the fact that, at the time the Sumi was four times the price of the Elmarit. Stopped down to f4 they were pretty even but at 5.6 and 8 the Elmarit walked away with it. Same thing with 50 mm lenses. If you test them at f4, f5.6 and f8 the 50mm f2 lenses absolutely school the 50 1.4 lenses. In fact Charlie used to take cheap lenses and expensive lenses and do a test for our students. He'd have them shoot the pricey lens handheld in regular daylight while shooting the cheaper lenses on a tripod. Same aperture, same shutter speed (well about the "one over the focal length" rule...) and whatever lens was on the tripod was clearly better.

Erwin Puts, an expert about Leica lens design explains in detail why it takes a factor of 16 more precision to grind a lens one stop faster than another lens. His postulate is that all things equal the slower lens is the better lens by dint of manufacturing tolerances.

All I know is that I put my cameras on tripods when I'm looking for high quality and I try to shoot my lenses two stops down from wide open whenever quality is more important than mobility.

The shot above was done with an old, used Olympus 11-22mm zoom lens. One of the lenses that originally came out at the launch of the now "antiquated" Olympus e1 in 2003. Even though I'm using consumer grade Olympus cameras with my 11-22 I find it wonderfully sharp, contrasty and well corrected when I shoot it correctly.

I guess the point of this blog is that the lens isn't nearly as important as we make it out to be. I used to buy all kinds of super fast lenses until I came to realize that I like to see an adequate amount of things in focus. When I made this earth shattering discovery it just naturally followed that I came to believe technique to be worth more than expenditure.

Maybe it's just human nature to resent buying one's way into a craft. I think we love the idea of succeeding with egalitarian tools. As the year progresses and I spend more time shooting and less time shopping I seem to be finding that the enjoyment is not so much in attaining perfection as in having fun. And having some cash left over to buy a round at happy hour.

Loving the 11-22mm and all my recent down market purchases. I love relying on my vision more than on my wallet.

Posted by Kirk, Photographer/Writer at 17:05 20 comments:

Up In Smoke. Burn the past. 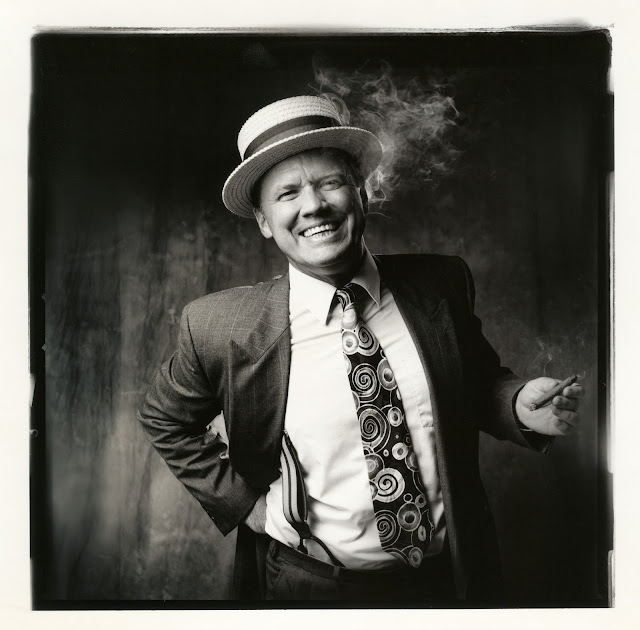 I've thought a lot this year about where photography is headed and why. At first I thought the changes were scary and bad. Now I understand the inevitable push to change that comes with a vibrant culture. I understand it but of course that doesn't mean I have to like it.

It's good to get a grip on what's happening so you can plan for the future but it's best to figure out what has already changed so you can live in today.

We are witnessing the demise of print in commercial communication. Magazines are giving way to websites. Newspapers are yielding to blogs and news sites on the web. Even core advertising is moving relentlessly to video, television and webvertising. In some areas the moves are gradual but in most areas the moves sit around building momentum until they reach a tipping point and then change seems sudden and wrenching---even though the atmosphere was filling with gas fumes day by day we are still surprised by the explosion.

But here's the thing that causes photographers to be rooted in the past. Most of us grew up when print was in ascendency and we learned to use tools that stretched out to fill the most demanding parameters: tight, four color printing on gloss stock at high lpi's. We needed all the detail we could get out of cameras in order to satisfy the demanding nature of high quality printing. Especially so for double truck ads.

And in the 1980's and 1990's the paper manufacturers pulled out all the stops and provided offset printing papers that could suck up ink and return luxurious detail and depth. We needed our Hasselblads. And it is no wonder that the number of megapixels became the holy grail.

But we've lost 35% of the total number of magazines in the market in the past 36 months and the ones with the best printing quality and finest papers seem destined to be the first to savor extinction. Titles like Gourmet, which help define the high end of the printer's art.

As one medium subsides another rises. And now we have the web. A big file isn't measured in inches and lpi but in pixels and, because of bandwidth considerations, small is the imperative goal. If logic prevalis we'll see a downsizing of pixel densities and an increase in parameters that will make the files better web content. Maybe richer color or files pre-optimized for web representation. But one thing is for sure, the need for higher and higher res is slipping away. Magazine by magazine, glossy brochure by glossy brochure.

I've talked to trade show experts recently in doing research of future photography trends. Here's what you need to know: Trade show booths used to be prime display space for large prints. The kind of large prints you could walk up to and put your nose against. But a 30 by 40 color print, printed on a durable stock and mounted on heavy duty Gatorfoam, shipped across the country was a costly investment that usually had a shelf life of one or two show. And a ticket price of between $400 and $500.

And why wouldn't they? The screens can be endlessly repurposed and can show graphics, still photographs, commercials and video programming interchangeably. Imagine you are a semiconductor manufacturer at an embedded systems trade show. Your booth faces the doors to an auditorium where breakout sessions are being conducted.

If you consult the schedule you'll know exactly what each breakout covers. You could fine tune the images on the video displays to match the interests of each audience over the course of the show. And there are study metrics that talk to the efficiency of this model. Average trade show attendees spent 17 seconds looking at a typical still photo display print but would linger for up to three minutes in front of a display with video and still programming mixed. And, purchased in any quantity the price of these almost infinitely re-usable screens is lower than the price of one static image.

You certainly don't need the resolution of a 5dmk2 or a Nikon D3x to fill any 1080p screen. You need between two and four megapixels, tops.

If our markets are moving to this paradigm, and if jobs are less plentiful and fees less juicy, then why in world are we dropping kilo-dollars into the ever escalating arms races of camera acquisition?

Pretty much the stuff we had last year would work just fine this year. It might even represent overkill.

Someone will mention fashion photography or product photography and the need for higher quality repro and you'll have me dead to rights there. But how many of us really do that versus how many of us do corporate headshots, products for the web, and lifestyle for web and lower quality print publications?

The gear anchors us emotionally to a past that is NEVER coming back. Even when the economy recovers we'll still face the reality that our media have shifted. That production has changed. Everything has progressed into a direction that is bearing less and less resemblance to the past.

Well, Buddha would tell you to burn the past. Make a clean break with habit and precedence and move on to the next thing. I agree. When we hang on to outmoded routines we sabotage our ability to see and react to what's happening in the present.

I sold off all my Nikon cameras and lenses this Summer. I assume, in retrospect, that this was my attempt to make a break from the way I practiced photograph last year, last decade and last century.

You'll have to find your own way through the maze but I will tell you that the tools you'll need are curiosity and an ability to be underwhelmed by technology and focused on the content rather than the production aspects that once gave our craft succinct barriers to entry.

1. Focus like a laser on my core strength: Portraits. Understand that the camera is much less important than the rapport or the lighting.

2. Minimize my investment in stuff to maximize the creative process. Understand that gear will continue to be less important but connections and creative thinking will become primary.

3. Understand that multi-media is the new IP and clients will want a unified provider. Learn sound and video.

4. Become a true minimalist. Evolve my gear to be lighter, smaller, faster, cheaper. Put the profit in the bank, not back into the camera bag.

5. Burn the past so I never have to say, "This is how we did it in the old days." That's the kiss of death as AD's get younger and younger.

I say don't let the past anchor you to the same old thing. Throw yourself your own revolution. Have a coup de grace with your last century equipment fixation. Show me how sharp your mind is, not your camera.
Posted by Kirk, Photographer/Writer at 17:03 33 comments: