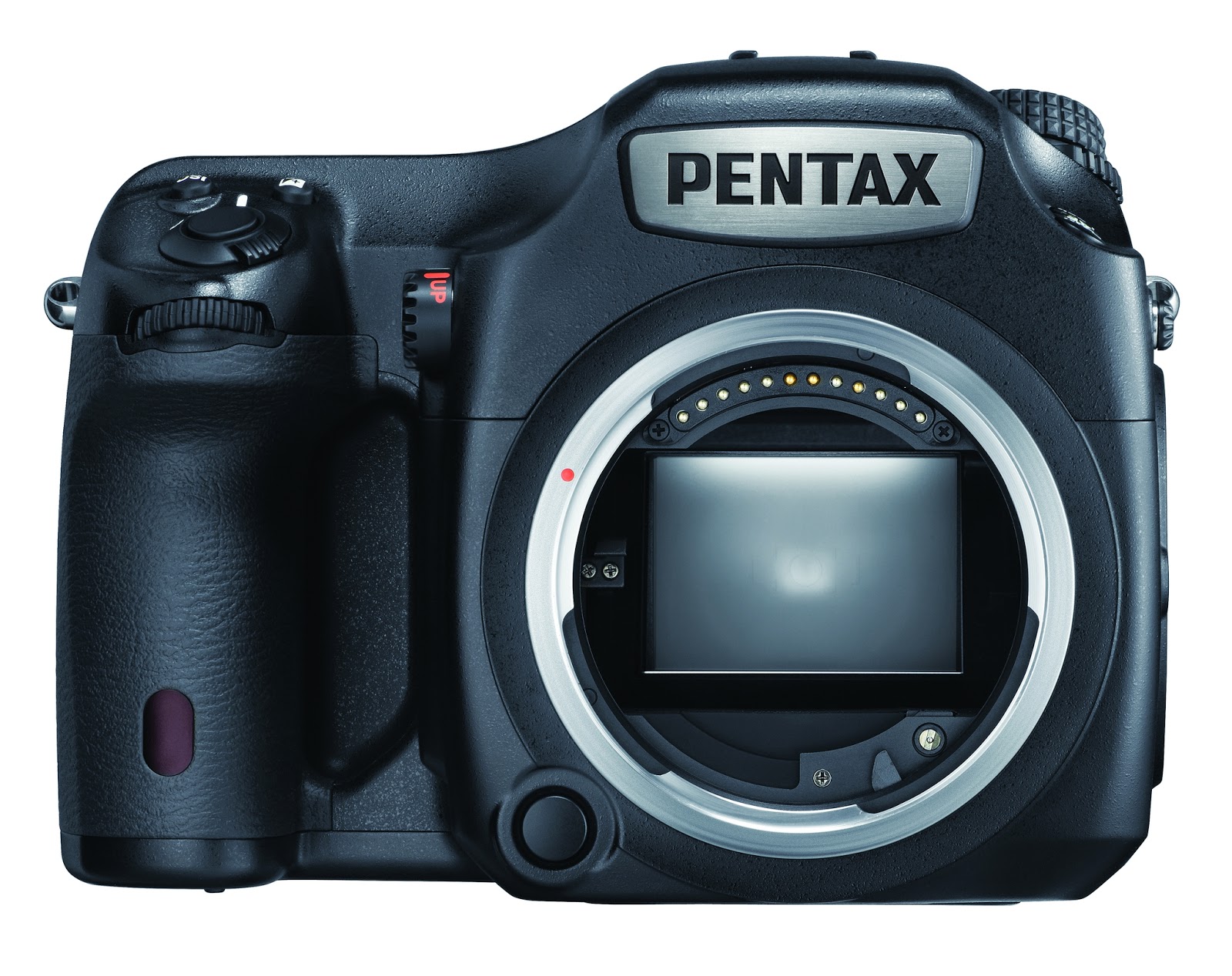 Now we've got something to talk about.

In recent years I despaired of the chance that we'd ever have an inexpensive but powerful medium format digital camera that would bring back to we portrait photographers the thing we always crave: the long lens on the big sensor. I don't really care about total resolution but I do crave the equivalent of that big piece of medium format film. Now, after stumbling through the endless permutations of 35mm sensor sized cameras we finally have an entrant into the field that seems to check all the boxes I wanted and a lot more. Introducing the Pentax D645Z. My one complaint? I'd gladly trade ten or twenty million of those Sony pixels for a bigger, fatter sensor. One with more real estate for optical effect.

I won't go through all of the technical specs. Those are all over the web. But I do want to hit on the cool ones, from my point of view: The camera has a big sensor. Nearly 50% bigger than the sensors in the Nikon D800 or the Sony A7r. Yummy. Let's put a 110mm f2.0 lens on the front of this and see just how nice a portrait we can make. And now, all the lesser specs: The camera is advertised as weatherproofed. Yawn. It shoots pretty quicky. Okay. It uses a 51 megapixel CMOS sensor from Sony. Wonderful for those rare times when 16 megapixels are not enough (reminder: buy more hard drives....). ISO goes to a trillion. But rationally, it'll be great to have a medium format camera that produces relatively clean files at 1600-6400 ISO. It takes current and legacy Pentax 645 lenses. Cheap ones as well as expensive ones. 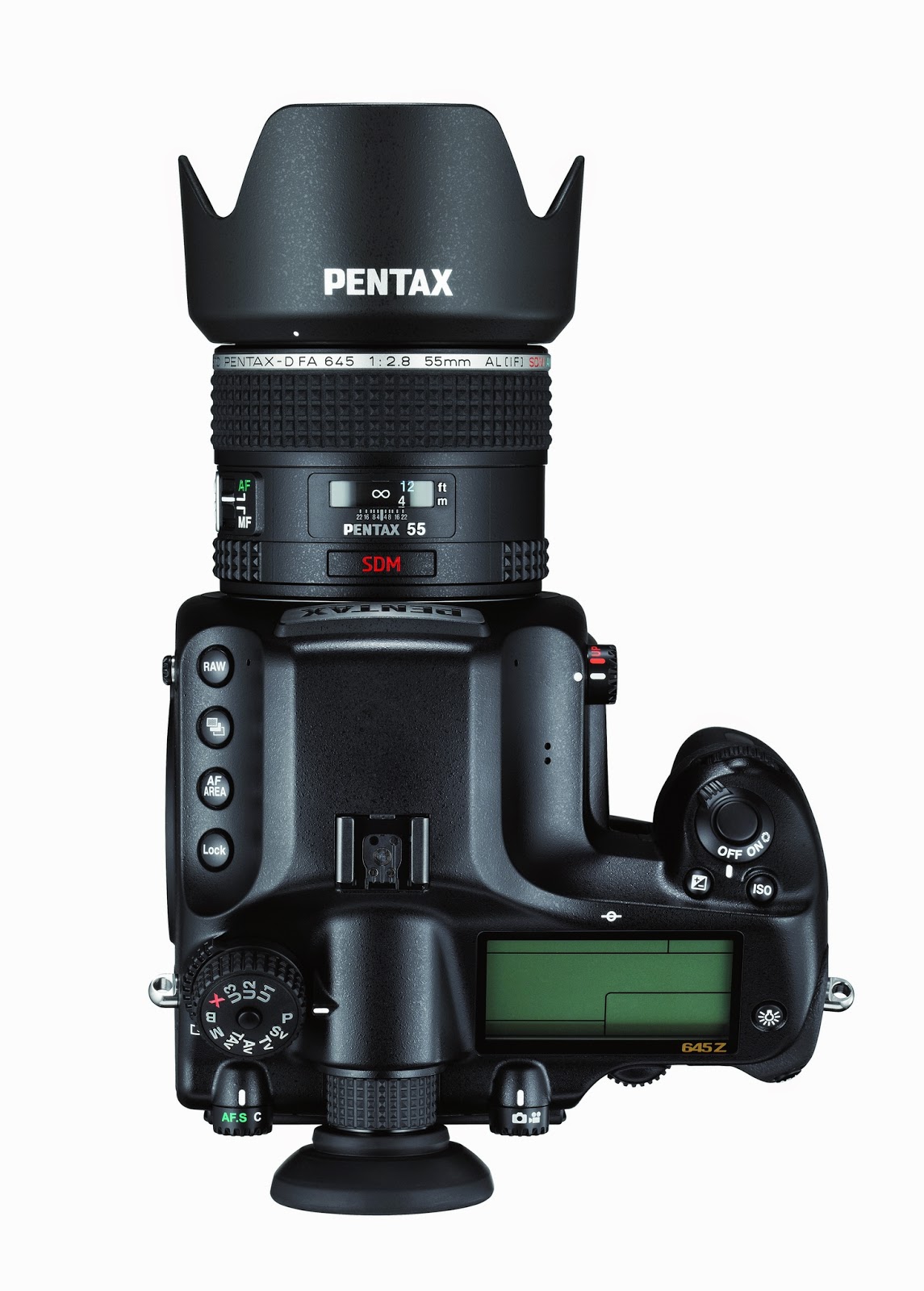 Will we all rush out to buy one?

I'm pretty sure a lot of people will. Especially professionals who are desperate to introduce some sort of differentiating value proposition for using them (with said camera) instead of uncle Bob who just happens to be a really good photographer, owns a D800 and dabbles in Profoto strobes. This will be the last ditch attempt to make gear the barrier to entry. I know I'll buy one once the dentists and cardiologists and hedge fund managers get tired of theirs and push them onto the used market in the under $5,000 range. May take a year or two but something else is sure to come along and dislodge the newest and freshest miracles of the present from the first wave's attention....

What's the lure? Again, for me it's not about the high ISO or the massive files it's all about being able to use longer lenses on a bigger sensor to get a kind of portrait that we used to get back in the film days. Does this mean my love affair with m4:3rds is already over? Not hardly. It'll take a while for the Pentax D645z to become Kirk-Affordable in the used market and not everything I shoot is a limited depth of field portrait. In fact, more and more of what I shoot seems to dovetail with the look and feel of the smaller cameras.

But I do think that Pentax/Ricoh is doing something remarkable and disruptive. They join the two majors in the medium format digital racket in using the same Sony 51 megapixel chip. And I'm going to bet it's only a matter of time before Leica jumps on board as well. But the disruptive aspect is the selling price of the Pentax camera. It's less than $9,000 U.S.  It's about a quarter of the asking price of the Phase One product and probably some similar gap with the Hasselblad product.

Is there some massive difference in the quality of the lenses? Having shot the Pentax in its film incarnation as well as the Hasselblad and the Phase One in their digital permutations I doubt that there's much difference at all between them. Certainly it will take a microscope and some patience to see the difference. For most working pros who actually need the big megapixel count and all the other bells and whistles the Pentax may actually be the most compelling choice because of their vast experience in digital with 35mm style cameras.  They have at the ready autofocusing modules, matrix metering modules and a twenty year history of making great autofocus in small and larger cameras.

The original film 645 cameras had a reputation for being more reliable than Swiss trains and the handling was always superb.  The only differentiator between the four brands of medium format current still standing and staggering around might be from Leica who really can make lenses that are visibly more drool worthy. But whether that advantage is worth three times the price of the Pentax remains to be seen.

I will predict one more thing: The Pentax will have the best flash performance of the group. They always have.

My next camera? I'm tossing a coin to choose between grabbing for that GH4 or picking up another miraculous Sony RX-10. I'll take the path of least painful resistance.

Posted by Kirk, Photographer/Writer at 15:42 9 comments: