Back to the crack. I mean gear. I've been testing a prototype zoom lens that's under wraps. I think it must be a Zeiss Otus Zoom lens because it's very heavy and very good... 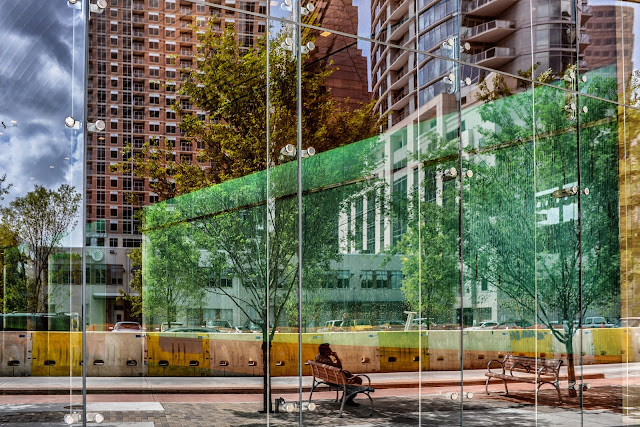 Amazing. Micro-contrast within micro-contrast. At 20mm it's at least 87.5% sharper across the frame than the Zeiss 21mm f2.8 prime. The color purity redefines delta. The coatings must be the tiny particles that together make up nano-crystals only mixed with gold and platinum to resist both flare and the dreaded banality coefficient.

It was a dark and stormy night and even though it was humid, and the mercury had come to rest near the ninety degree mark, the man in sunglasses who approached me was wrapped in a black trench coat and had his wide brimmed hat pulled down to drop the rest of his face into shadows. "Are you Tuck?" He asked with a trace of a growl and more than a dash of some Germanic accent. I nodded my head and waited. He thrust a small package into my hands. It was wrapped in brown paper and secured with twine. It felt heavy. Dense. Expensive.

The mysterious man nodded curtly and said, "The boys at the lab would love for you to shoot this and write about your results. But be careful. What's in this box is capable of such high sharpness there is the chance that the wrong sort of use might actually slice your eye." With that he turned and stepped into a black sedan and peeled out of the parking lot of the Seven-Eleven convenience store where I had gone for my working photographer's microwaved, burrito dinner. I went without the luxury of a meal (such is the fate of the freelancer in this era....) and headed home to open the package in the privacy and security of my tiny, cramped office.

I locked the deadbolt and turned on the old, flickering desk lamp which threw a tiny beam of troubled light onto a desk piled high with bills and cancellation notices. I pushed the rejection letters for my books off to one side, to create space, and set the package down. It was no bigger than the boxes that camera lenses come in. I hesitated and then pulled the John Ek, EK4 KA-BAR commando knife from its sheath on my right ankle and sliced through the twine. I carefully peeled through the brown paper with the tip of the blade and then opened the plain, black box inside. There, nestled in Andalusian, model grade, foam peanuts was
Read more »
Posted by Kirk, Photographer/Writer at 21:33 16 comments: 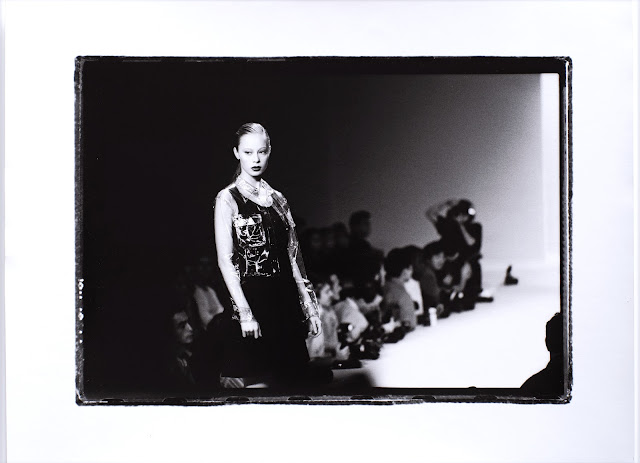 It's funny to think how much photography has changed since I was a younger person walking around with a camera. Now we can display images on the web with a few deft clicks and thousands or millions of people will see them. We've made enormous transitions from film to digital and supposedly lenses have gotten better and better. But when I go back into a box of 11 x 14 inch, black and white prints and really look I am struck by how much the same the actual images look from then to now. As if we've changed all the external parameters and left only the core event untouched.

I took this with a Contax SLR and I used a Zeiss 135mm f2.8 lens. There was no image stabilization and the noise was what the noise would be using Tri-X or Agfa 400 speed black and white film. The printing was limited by my own skills at the time. The black edge is actual light from the gap between the "live" film and the edge of the negative carrier. The negative carrier was filed out one evening so it would always show the full frame.

But seeing the image when I was taking the image; the when of pressing the shutter button and the framing overall, those things haven't changed with the new technologies. Those things are innate to the artist, not the cameras.

Convection ovens are invented, juicers are modified, knives are re-invented but at the end of the day it is all about the flavor of the food served in a fine restaurant. Pretty much the same with photography. Images are to be eaten by the eyes and enjoyed. Doesn't matter which "oven" they were baked in.

recipe for model on runway at fashion show, old school:  carefully meter white runway. Set exposure 1.5 stops slower than meter indication. Pray you nailed exposure for skin tone. Stay in the 2 by 2 foot box/boundary that you taped onto the floor of the shooting platform so you don't jostle the other 50 shooters who have also marked their territories on the crowded shooting platform. Remember that you only have 36 frames on the roll and you don't want to be re-loading during a fun imaging moment. Be sparing with your shutter finger. Pre-focus into the zone in which you think you'll be shooting and then make small corrections in real time (no AF on that camera...). Don't get too excited early on and use up all your film. Save a couple of rolls for the grand finalé.

Posted by Kirk, Photographer/Writer at 13:47 6 comments:

A man responds to Art. 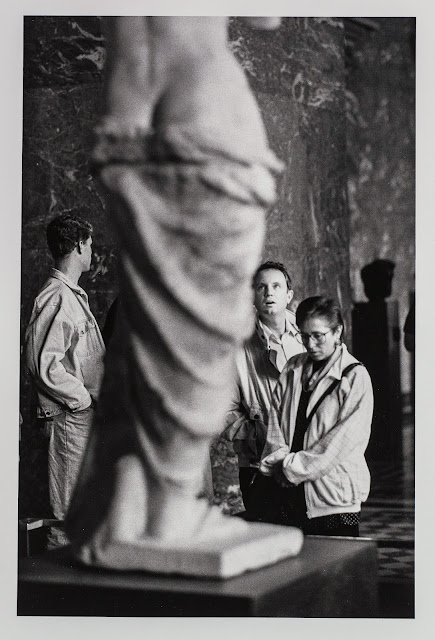 The look. The runway. 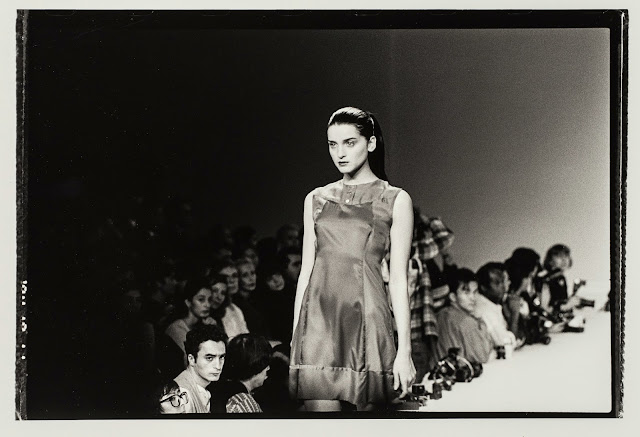