When do I need more? Why should I shoot with the D800e instead of a D700? Do Megapixels Matter Anymore? 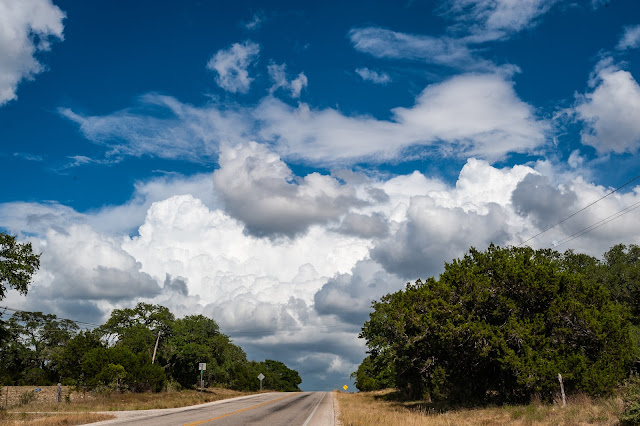 I got curious about how people are using their cameras these days. Back when the megapixel race in DSLR cameras really took off (2004-2013) a lot of well-heeled photo enthusiasts were coming to the market having learned their skills making photographs of film, and, more importantly, sharing the results almost always on prints. If you remember the early days at the crest of the impending acceleration from 2 megapixels to 4, to 8, to 10, and finally to 12 and 24 megapixels the internet was still mostly molasses slow and there weren't anywhere near the photo sharing sites available, or even accessible, to most. I mean, really; think about it, Instagram didn't launch until late 2010 and back then it was limited to cellphone users. In the early part of this century people were carrying over practicing from shooting film and having prints made.

That's why the early years of this century were the boom years for ink jet printers. People thought they still would be sharing via prints and for the first time they had access to their own wide carriage color printers at affordable prices. We all printed. I printed on printers that I converted to pure black and white inks and I had an unstable genius printer for color in the (never reliable but sometimes brilliant) Epson 4000. That rat bastard of a printer seemed to require a big gulp of pricey ink to clear clogs before almost every printing session.

But as long as we continued to accept the printed print as the gold standard of photography the stridently defended need to put high resolution down on big paper drove us mercilessly to assume that more detail in a camera sensor was always a better thing.

So, here's the funny thing; as far as I can tell people are printing less and less each quarter. I talked to a couple national labs and their sales have been flat, kept alive by lower and lower per print prices and more product extensions (photo books, coffee cups, refrigerator magnets). It's unusual for me to meet a commercial photographer who is still feeding his ink jet printer for anything more than printing a portfolio and almost every aspect of sharing and utilizing photography has rushed to the web. We can thank iPhones and Android phones for training a whole new generation in a whole new way to enjoy/use/share photographs.

And, of course, with ubiquitous sharing on phones and a general decline in detail intensive final usage the rationale for ever growing megapixel counts is falling apart. It's pretty easy for me to see that while current cameras can beat the crap out of lower resolution, older cameras they seem to have gained resolution by shrinking pixel size and lower color discrimination. Basically, it's harder to do Bayer overlay screens as the sizes drop and it's harder to deliver convincing color too. So we were willing to give up very pleasing color in order to look more closely into pores on people's skin. But now we're sharing on laptops and phones and no one sees the detail with the same rabid compulsion as the small cadre of large screen pixel peepers who seem to be aging out of the market altogether.

Someone had it right once upon a time. It may have even been Ken Rockwell. They posited that with the exception of traditional, large four color printing and giant wall photos the majority of people could buy a six megapixel camera and be happy forever. For aspiring pros and ardent (non landscape) hobbyists I'd realistically put the number at 12 megapixels. For the nervous, and those unsure of their own skills the safety blanket metric might extend to 20-24 megapixels. Anything above that and you go into weird trade-off world. If you think you need more pixels then you might as well also step up your search for the ultimate lenses. You'll need them in order to see any difference at all.

I know this is pie-in-the-sky wishing but I would love to see Nikon come our with a camera that uses the absolute latest BSI chip technology on a sensor that's only 12-16 megapixels. I'd love to see just how well they could deliver perfect (happy) color in the files. And I'd bet we'll still be able to make good and convincing prints when we need to. You know, to show the hard core.
Posted by Kirk, Photographer/Writer at 19:41 17 comments:

Looking Backward When It Would Be Smarter To Look At Now and Plan For The Future. 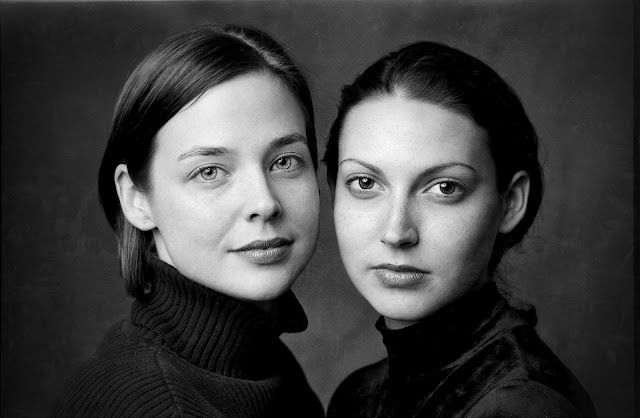 Two Friends at the Studio in Westlake Hills.

It seems that most artists with a growing body of work have a tendency to look backwards at what they've done instead of paying attention to the moment in which they exist now. If we've gotten praise and nice reviews for certain photographs we've done we tend to have a prejudice toward showing those to clients and friends and allowing the positive feedback to keep us closer to the worn path of making the same kind of work; hoping for the same sorts of accolades. But if we are to grow and continue to be relevant in our circles or marketplaces it's vital that we continue to move forward with our visual work.

I started out the month determined to mine through all the good work I have done in the past 30 years with the goal of making a printed portfolio that would showcase it well. My logic was that the pieces I was choosing were "proven" winners, and they would ensure successful portfolio shows. But, of course, I ran this idea past my in-house "focus group" and the "new hire" suggested that I made my choices not because they would necessarily appeal to a current audience but because I was predisposed to keep the photos in the portfolio because I had adopted an affection for the work and I was "rooting" for its continued popularity so strongly that I had lost my objectivity about the work's relevance to an ever changing audience. And audience that decidedly doesn't share my long history, my understanding of the arc of photography or even how difficult it was to do technical work at a high standard back in the shrouding mists of time.

My young mentor suggested that a portfolio that would be most effective today would reflect the age, tastes and milieu of the present, not represent milestones of one's personal career from the past. "That" he said with a certain degree of astringent kindness, "Is what museums are for...."

I realized that he was right. Right on the money. I look at the image above and I see it through goggles of sentiment. The woman on the right was my long time (brilliant and supremely capable) assistant and the woman on the left was one of our friends and favorite models. I am always predisposed to enjoy looking at their faces. The image was shot on black and white film and souped by me, by hand, in our darkroom; which I also remember too fondly. The final print represented lots and lots of time spent in that darkroom, bathed by the red glow of the safe light (actually the orange/yellow glow of the sodium vapor safe light....), listening to old Joni Mitchell C.D.s and breathing in the acidic bouquet of fresh stop bath (glacial acetic acid).  A lot of work went into the image but no one besides me sees or intuits the hours spent making the image come alive.

I looked through the other prints I'd selected for the portfolios and had the bittersweet epiphany that my insightful guide in this process had clearly identified my overwhelming marketing problem: I was stuck in the past. My goal, as he explained it, should be to start working more, as I did when he was growing up in the house, and watching the parade of projects and people flow through the studio. By doing more work I would, he suggested, create a much needed and ever growing inventory of more modern images. Images that could be more technically polished by a blend of the thousands more hours of experience I'd accrued since doing the older work coupled with the ability to more completely polish each image via higher quality camera output and the ultimate flexibility and control of PhotoShop.

But most importantly I would be creating images that will be accessible to the buyers and users of commercial photography, in the moment.

It's good to have people who are willing to help you make honest and effective assessments. It sure can't hurt.

Posted by Kirk, Photographer/Writer at 10:02 16 comments: