Photographing through glass. Make sure the position from which you are photographing is much darker than the scene in front of you. 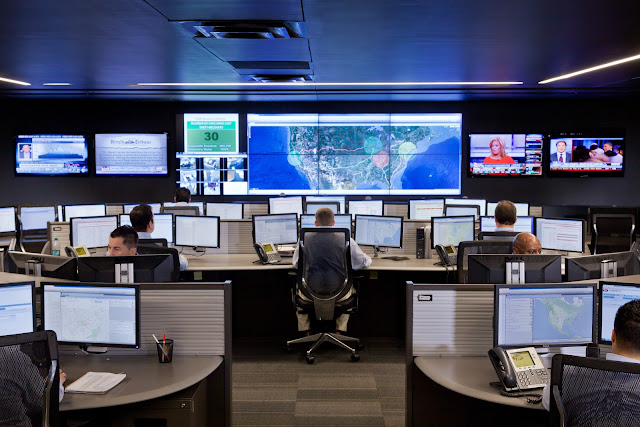 and maybe try to shoot a second angle. 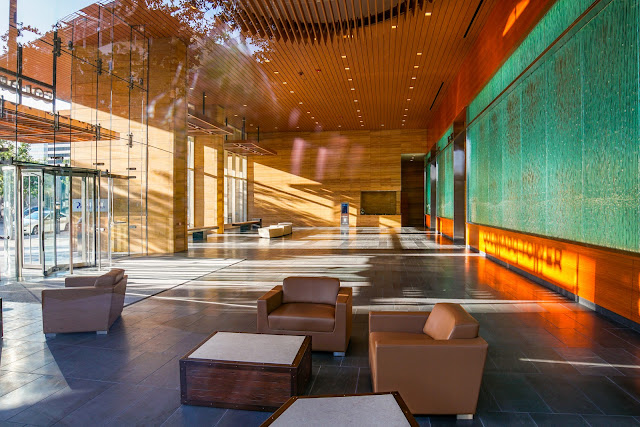 But sometimes reflections are okay.

Posted by Kirk, Photographer/Writer at 17:14 6 comments: 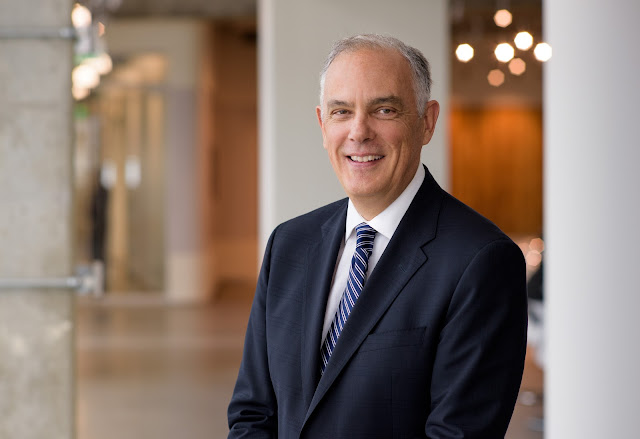 After decades of photographing people in front of various shades of gray background paper I'm pretty much ready to call that part of the business over. We still do some shots in front of white or gray seamless for the sake of continuity for our clients but what I want to do, and what everyone seems to like, is going onto locations and finding a spot where I can improve the light while using a background that looks beautiful as it goes progressively out of focus.

In the last seven days I've been asked to do environmental portraits for three different law firms here in Austin. Each law firm has offices in very different kinds of buildings. Yesterday's assignment was at an office park out in the hill country, west of Austin. The space, while nice, had few architectural features that would be conducive to making good backgrounds. But what it did have was nice, big windows that looked out over rolling hills.

As always, there is a need to marry the inside space with the outside views in a convincing way and that mostly depends on both getting the balance of lights right, and also being able to drop the background out of focus enough to separate it from the person being photographed while being mindful not to make the separation so abrupt that it looks as though two images were merged together in Photoshop.

I use a soft light source for my main light and have recently started using a second light source as a soft fill light. My fill light is generally three or four stops down from my main light. I also use a bit of high, soft back light to give the impression that there is light coming in from the background window.

When it's sunny outside I find I need an ND filter to drop the sunlight exposures down and balance them better with interior light.

At another office in the middle of downtown's nest of skyscrapers I preferred using an interior, glass wall that had undulations of light playing over it and through it. That made for a nice out of focus background as well. The set-up also had the advantage of being more controllable over time.

There are few things in photography as frustrating as finding a location that appears just right, getting set up, and then having the arrival of subject delayed. You mood drops as you see the sun move, or clouds move in, and change the whole look of the shot. I scramble sometimes to reverse my camera and light positions to shoot toward the interior of buildings when my view out of a nice window falls apart.

It's Moore's Law that the delayed participant will arrive just minutes after you've decided and committed to changing everything.

Some of my favorite locations are long hallways that are very well lit. The best are those that have frosted glass walls on one side. If the glass walls get sunlight through them they add a very nice dimension to the overall look of the receding background.

In another big change in portraiture we've moved away from verticals being the default orientation and have been working more and more in horizontal orientations, with lots of "air" around the subject. This allows me to show more of the idealized, out of focus background and to get more of sense that the subject is situation in the frame rather than being artificially added to it. And, in a pinch, we can use the huge files to crop to other aspect ratios...

With a horizontal orientation and a looser crop I am able to get more use out of my 85mm lens. I use it mostly at f3.5 to f4.0 but occasionally, when I am willing to take a few risks, I head to f2.5 or even 2.2 but usually this is for more casual "working at the desk" shots.

I am noticing that smaller spaces actually do well with longer lenses and I know that seems counterintuitive but the tight crop helps to isolate a smaller area of the background which is more compositionally controllable. While the 70-200mm f4.0 does a good job in these situations I think I would prefer a fast 135mm lens for these kinds of situations, and also for use in vertical portrait set ups.

I have a minimum charge for location work based on my travel, set up and one person's portrait. We add per person charges for each additional set-up.

When it comes to post production my biggest task is always to get skin tone correct. I find that when I shoot with too much foliage in the background I end up with files that are far too magenta on the skin. This even happens for some reason when I do a custom white balance. The best way I've found to correct this is to go into the hue menu and move the red slider to the right (Lightroom) until the flesh tones are better balanced. In Texas, land of too much sun/tan, it's also good to drop red saturation down a bit too.

I noted during yesterday's shoot that with the otherwise perfect set up, shooting a big set of windows as the background, I ended up with a small reflection of myself in the lower left side of the window. Otherwise everything else was just right. In the film days I would have spent much time trying to figure out how to remove myself and might have put up a big, black gobo. Or compromised on the composition.  But as I was reflected quite small in the frame, and nicely out of focus against a sea of patterned foliage, I decided that it would be much easier just to clone myself out of the shot in post.

I'm loving my presentation process these days. I come back to the studio, edit out the non-keepers, color correct in batches for the rest, make quick crops if that was what I intended in the shooting, and then output high res (47.5 megapixel) minimal compression Jpegs and upload them to a gallery on Smugmug.com. With very fast broadband I can upload 10-20 gigabytes of files in minutes. The new iMac Pro has also cut my conversion time from RAWs to Jpegs by two thirds. My post processing all the way to the point of presenting to a client is now much shorter than each of those many times I used to drive to the lab with film.

A common thread in my engagement with three law firms and one hedge fund in the last seven days: the marketing director or partner in charge of marketing in each company asked me about doing video productions for them. So now I consider executive portraits the new gateway drug for future videos. Nice when your paid work is also part of your marketing....

I need a sign for my studio that reads, "Just Say No To Background Paper."

Just a quick note: Being on time is important. Being routinely late is a business relationship killer. But you already knew that...
Posted by Kirk, Photographer/Writer at 12:27 3 comments: