My Two Favorite Digital Cameras of All Time. 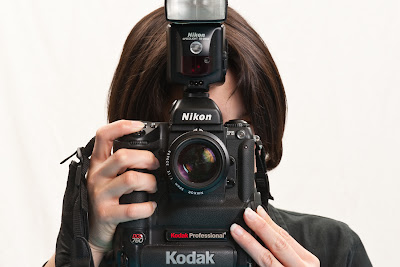 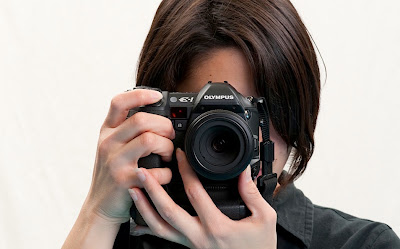 There's cameras and then there's cameras.  I've got plenty of the first kind.  They're "state of the art" pieces of industrial efficiency.  Cameras like the Nikon D300 and the D700.  I've owned most of the Nikon professional series bodies, starting with the D1, continuing through the D2x.  But along the way I've found that there's a difference between a camera with good specifications and reliable performance, and a camera that's fun to hold and fun to use.  I like the files I get from the Fuji S5 but for some reason it's just no fun to use.  Same with the Canon G10.  I really want to like it but it's more like a nice radio than a good camera.
So why do good cameras fail the warm and cuddly test?  The D700 is a much less inviting camera to use than the almost identical D300.  It's bigger shutter is much louder and has a flat, robotic sound.  The D300 has a shutter sound that's like a gradual growl.  It sounds more intuitive.  I know that seems crazy but that's the best way to describe it.  The Fuji S5 seems physically disconnected from the user.  I push the button and something happens but I don't know when or how.  It's like driving by wire.  Or those lenses on the early Olympus cameras and the original Canon 85mm 1.2 L lens that translated the movement of a turn of the focus ring into an electrical signal that made a motor move the focusing elements.  It hesitated and then overshot.  Both the D700 and the D3 feel reliable and accurate but very soulless compared to previous Nikons.
What makes a camera fun?  It's has personality.  It should have a few quirks that make it interesting.  And it should make you a better photographer.  In much the way that a Leica rangefinder became a transparent conduit for images while my Contax RTS camera felt like an unbalanced hammer in my hand.  Here are two of my favorite digital cameras of all time:
First,  the Kodak DCS 760.  It's a big goofy thing that endears itself to the user by it's protective "older brother" feel.  You know it's going to work.  You know the metering will be solid.  You know the autofocus will be quick in a way that the new generation of cameras is not.  It feels right in any size hand.  The finder is so good you'll tear up when you look through it.  But mostly there is an emotional reaction to a camera the bridges the best of the digital age with the nostalgia of the film age.  The DCS 760 has crappy performance at any ISO above 125.  Some would say above 80......  Don't ever think about using it for a long exposure.  Nightmare pixel fireworks.  But in the hand with a 180mm at an outdoor swim meet.  Heaven.  Absolute heaven. No wonder that they become harder and harder to find and hold their value better than the other cameras that came out in the same time frame.
The ulitmate way to enjoy a DCS 760?  Tethered to a big monitor on a computer running the Kodak tethering software.  It's so great.  And the software was so good.  Nikon has just now caught up.  Barely.
The second camera?  From around 2003.  The Olympus E1.  Wow, I wish the files were wonderful because the camera is addictive.  Small, agile and sensitive.  Small and well integrated controls.  The most deliciously quiet mirror and shutter mechanism ever put into an SLR.  I've pulled it out of the drawer and started using it again in the hopes that Capture One will turn the so-so ISO 400 raw files into gems.  But really, this is the camera body design and implementation that everyone should have rushed to copy.  It sublimates the "computer-ness of shooting with a digital camera and makes it as transparent to shoot as a Leica.  An added and back handed compliment to the camera:  The tiny, horrible screen on the back keeps you from chimping which helps keep the mind on what's happening in front of the camera.........
The E-1 is quiet, understated and gives you access to some really cool lenses, including some made by Leica.  The camera is weather sealed and very robust.  I like to equip mine with the LiPo battery pack because it adds a bigger grip and a second shutter release button.  Not to mention giving me thousands of shots before recharging.
These are two of my all time digital faves.  You can always pick one up cheap.  Beware the Kodak batteries.  Better to use that big beast with an external battery pack or plugged right into the wall!!!
Posted by Kirk Tuck, Photographer/Writer at 09:08 11 comments: