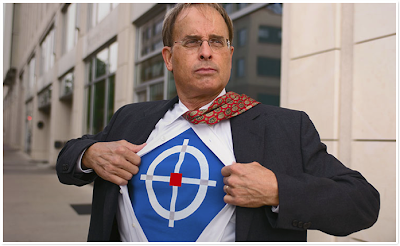 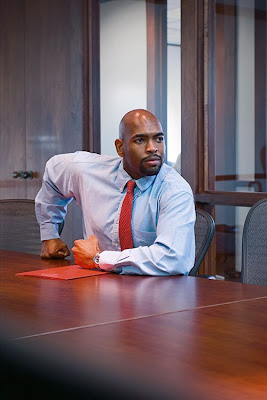 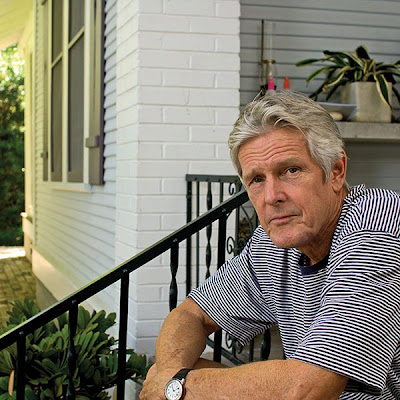 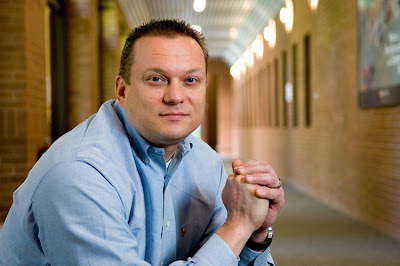 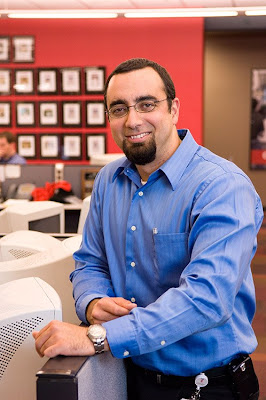 When I started taking photographs most photographers were limited by their materials and the available tools. We bought lighting systems that were designed for studio work (my Norman 2000 weighed 38 lbs. without heads or attachments). Going on location was always a major undertaking requiring assistants, lots of extension cords and portable gas generators. We often shot with 4x5 view cameras and were looking for exposures between f16 and f32 on 100 iso film. Since the advent of digital we’ve been trying to make everything smaller and faster. Digital is a different animal. In most cases we’re trying to supplement existing light rather than over power it. The photo above was taken for a client called Periscope. (top: Mike the Model). We shot our model on a rainy morning in downtown Austin, Texas.

We wanted the model to be just slightly lighter than the background but without seeming obviously lit. I placed an Nikon SB-800 flash on a Manfrotto 3373 light stand and dialed down the light intensity until I liked what I saw on the lcd screen of my Nikon D2x camera. The nominal exposure was 1/125 at f2.8 at iso 100. I used a Nikon 28-70mm 2.8 lens. This was the last shot of our session and it occurred after we were officially done and the art director had left. I was loading my cameras into the car and talking with the model. I decided to go for one more variation. Total set up time: 2 minutes. Total shooting time: 2 minutes. Total tear down time: less than two minutes. This is the shot chosen for the campaign.

All the photos in this gallery were shot with the same kind of equipment. The photo of Lynn in the conference room is lit with four Nikon flashes. Several are bounced off the ceiling, one is in a small softbox and one is outside in the hallway. All are triggered with radio slaves and every piece of gear fits in one case with wheels that fits in an airline overhead luggage bin. There will always be a place for large studio strobes but that place is not on fast paced location jobs.
Posted by Kirk Tuck, Photographer/Writer at 15:25 1 comment: