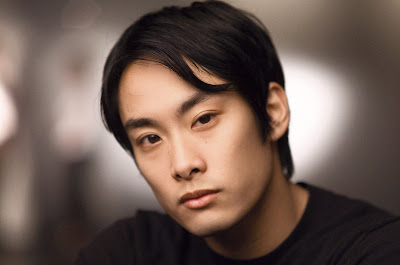 Caution: This image may not be acceptable for discussion on some Flickr groups. It's not trendy enough, doesn't use small, battery operated flashes for its main lighting and doesn't show an over lit female model in revealing wardrobe. Moreover, it doesn't list the make or model of a flash trigger. Finally, it's an image that might actually be used by a paying client.

Something evil is happening to Photography (with a big "P"...). It's becoming homogenized by high priests of specific styles. And while homogenization is arguably good for milk and some cheeses it really sucks when it comes to arts and crafts. The problem is that when a style is promoted by one of the "strong influencers" on Flickr people ask for the technical information behind it. In the interests of keeping information free (and driving more and more traffic to their site to get some "click thru's" for advertising revenue as well as justifying display space on their sites.....free?) the influencers eagerly divulge lighting diagrams and step by step instructions. No problem with that but what happens next is the "relentless repetition tsunami". Many people who crowd around cult-like figures tend to be very literal so they end up copying the original image without adaptation or interpretation. As the acolytes spread these copied images they create "laws of creation" that are pushed by the sheer momentum of logarithmic image growth. Laws that decree: 1. Every photo must be lit with flash. 2. Every flash must be battery powered. 3. Every flash must be used off camera. 4. Every portrait must have rimlight or strong backlight. 5. Every photo must include a woman in some peculiar stage of undress or an older person with hopelessly chiseled features. HDR (high dynamic range imaging---sometimes referred to as "Technicolor Vomit"....) seems to still be optional but highly suggested!  All composition must be regimented.

Currently discouraged are images with content, soft skin tones, elegant lighting from large sources and other distinctly anachronistic approaches.  Subtlety has definitely been put off limits.  As has light motivated by reality.

Now, I don't blame the originators of the images. They're just following a business model that brings people in the (virtual) doors to stoke up the furnaces of e-commerce. Their intention is to put another paying butt in a folding workshop chair or sell another DVD to an audience that believes technique is content. When HDRi takes hold the game plan is to become an expert in order to sell knowledge to less gifted

Why should we care? Of what significance is all this to any real photographer?

Why indeed.  I suspect that the trend is harmless for the most part but it creates an unreal idea of the value of raw technique.  Throughout the history of advertising (and that is the primary target for commercial images) the goal has usually been to differentiate your client from the pack by differentiating their public face from the mass of competitors.  It was usually done by taking contrarian positions or showing product or services in a new way.  In a new style.

When Richard Avedon took models into the streets of Paris in the early 1950's it was to differentiate the new face of post war fashion from the pre war convention of the studio.

When Nike began running ads that consisted on a brilliant photo with a discrete logo and nothing else they plowed through a mass of competing shoe ads that showed "scientific" drawings of arch supports and sported wall to wall psuedo technical copy.

When Annie Leibovitz took prominent artists and politicians out of the studio and put them on the beach or in unusual situations for American Express she changed the way people thought about credit card ads.

But, when everyone rushes in the same direction the signal to noise ratio hits 1:1 and it's impossible to tell why any of the images has meaning to their audiences.  In a word, the style has been "Flickrized" and when everyone gets around to doing it the style is already dead.  The leaders have moved on to another style, another technique and another workshop.

I could tell people to be original till I'm blue in the face but to the hobbyist it's meaningless and to the hack it's just another thing to learn.  I can hardly wait to see the workshop that professes to make people more original and more creative.  I'm sure someone will sell it just as sure as I know someone will buy it.  Then originality will be all the rage and everyone will copy the same style of originality.