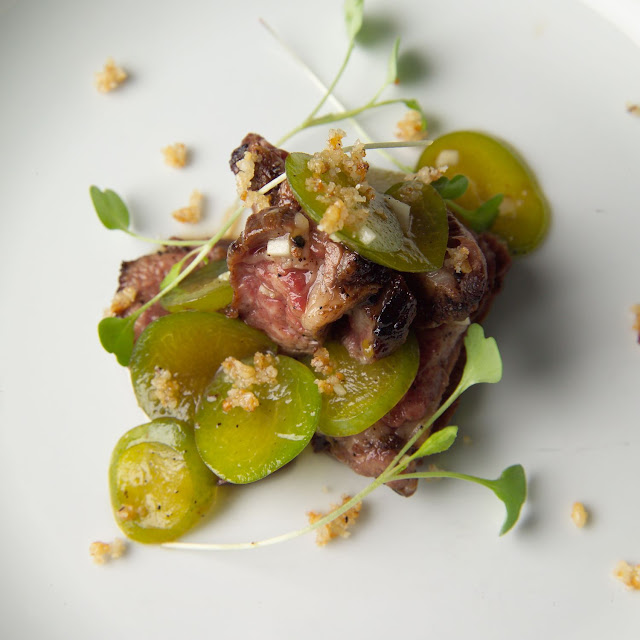 I'm shooting an event for a company this evening, downtown.  I probably won't have time for dinner.  So Belinda and I headed over to El Arroyo to have lunch.  I had the Sante Fe enchiladas and she had the "lite" plate.   The photo above has nothing at all to do with today's lunch other than it was lunch once.

I've done a fair amount of food photography over the years.  I've got two cookbook credits and I've done several dozen magazine spreads and probably a similar number of projects for the hospitality industry.  The photograph above was done at Uchi, here in Austin, for a lifestyle magazine.  I loved all the food that the owner/chef prepared for me.  What I like most of all was the clean and simple presentation.  I try to make the food look like it was lit by beautiful, clean daylight but in truth I lit it with a big white diffuser very close in to the left side (as you look at the food) and a white reflector four or five feet over to the right.  I used the reflector a bit further away than I might typically because wanted the little heart shaped shadow of the herb leaf to show well on the bottom right side of the frame.  I used a Kodak SLR/n and a 100mm macro lens.  I still use the camera from time to time and every time I do I wonder why I ever bought anything else.  And then I remember that it's not the most ergonomic or fast solution for anything other than slow studio work or studio-type work on location.  But what a magnificent file you can get out of it.  Just amazing.  The colors, tones and contrast is just wonderful.

It's a pity photographers didn't appreciate the Kodak products more for what they really do well instead of  insisting that every camera be the uber-camera.   You know, the super box that can shoot in inky blackness AND lock focus on five soccer players running in five different directions, simultaneously.  The camera of today:  The Swiss Army Camera.  "We can do it all."  Just not nearly as well as a precision crafted tool created just for a particular job.  I pity Kodak.  They made an incredibly good product (for portraits and food)  and then tried to sell it to the wrong market (weddings).  And, in some ways, we do that as photographers.  Hard to be good at everything.  That's why there's a lot of stuff I don't shoot.

But I like to shoot food.  And I like to eat it.  And if I can have lunch with a different fun and interesting person every day of the week I count myself happy.  As in "lunch was happy, happy."

(side note:  Many of you may be too young to remember this but Kodak basically invented digital photography in the 1980's and 1990's.  The earliest Canon and Nikon professional cameras were hybrids with mechanics by C&N and electronics and sensors by Kodak.  They owned the market until 2001 when Nikon came out with their own D1x and Canon came out with their D30.  Even then Kodak's "beast" the DCS 760 was (in my opinion) the camera to have.  It out muscled the other two in resolution and had a bigger sensor (1.3 crop factor).  It's real strength, and one rarely mentioned by reviewers or dilletantes was.......drum roll, please........Dynamic Range.  Used in raw, the files could do absolutely amazing stuff and the market is just now, nine years later, beginning to catch up.  I had reason to go thru older files today and look.  I'm still amazed at the quality of the files and the depth of the range from shadow to tweaked highlight.  The camera also had an stout buffer.  Twenty or so full raw files at one frame pers second was about three times the throughput of the other cameras of the day.  At one time I liked the look so much I had three of the cameras.  Now I keep one around for nostalgia.  At 6 MP they aren't resolution competitive with current cameras.  But for jobs that aren't going to leave the web?  Magic.)

Here are two samples from the DCS 760: 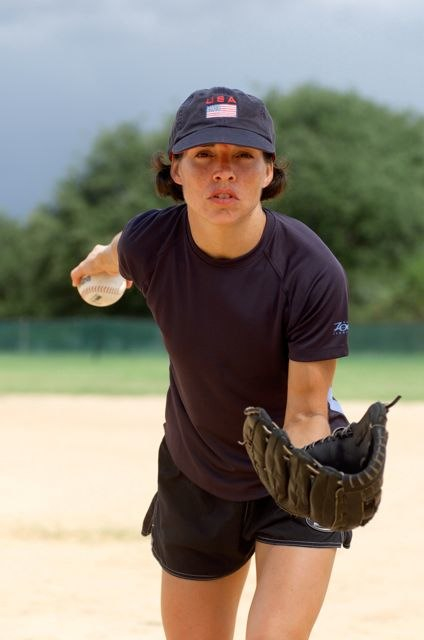 This was shot on a sunny day for a sports medicine practice.  They have a 24 by 36 inch poster on one of their walls that is breathtaking.  All it took was a good interpolation tool at the right lab to bring out the quality inherent in the file. 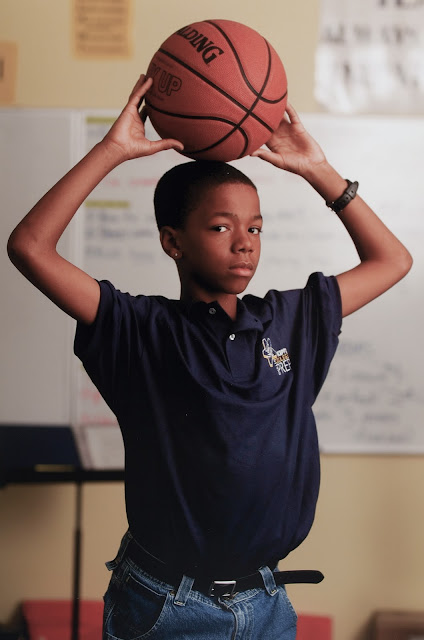 This was shot for the 2006 Annual Report for the Kipp School.  It was blown up to a similar size for a fundraising event by the same lab.  People assumed it was from a Hasselblad negative........ 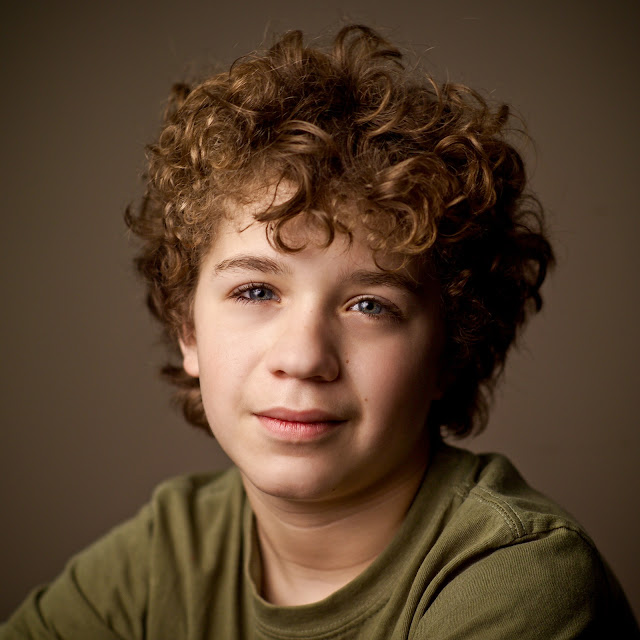 And finally,  another example from the Kodak SLR/n.  I think the skin tones and shadows are amazingly good.

Amazingly good cameras.  Can't say I like the files from my Canon 5d2 any better.......


the holidays are upon us.  I humbly submit that a good book about photography will be most welcome by the photographers on your list.  Here are a few suggestions:
Posted by Kirk Tuck, Photographer/Writer at 15:49 8 comments: