I love this review of my blog by quotidian photography.....

The Visual Science Lab I didn't really understand this blog when I started reading it. It's a bit all over the place. When I started reading the author, photographer Kirk Tuck, was obsessed with Olympus cameras and I really couldn't relate, not owning nor even wanting particularly to own an Olympus. But what gear he's shooting with is really beside the point. He is an incredibly prolific writer, spinning out endless essays about the worth of various parts of the photography business and process as a whole. What I love about him most is that he changes his mind almost every week. Yet I wouldn't characterize him as wishy-washy or indecisive. He's just a bit quicksilver, unpredictable. Always a good read. Even when you don't particularly care to purchase or even try the equipment he's talking about.


From Quotidian Photography (blog)
Posted by Kirk, Photographer/Writer at 20:26 9 comments:

Early Adapters and what that entails. 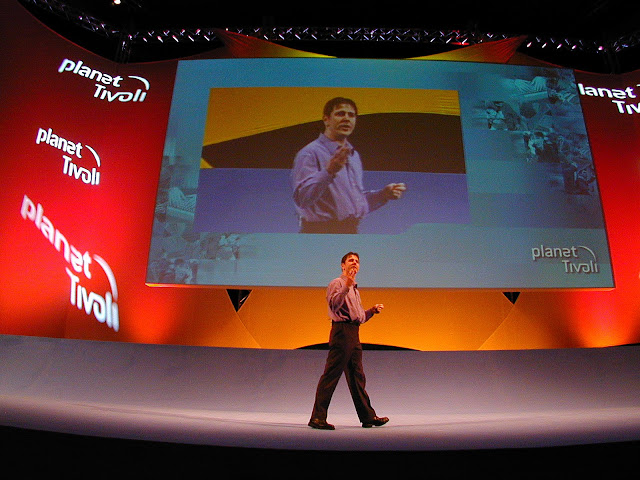 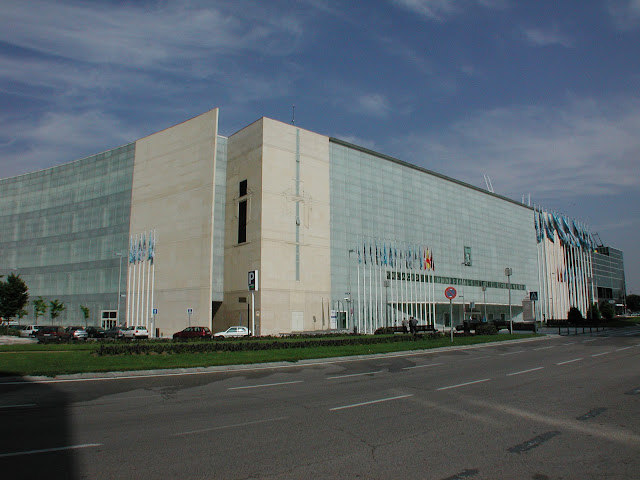 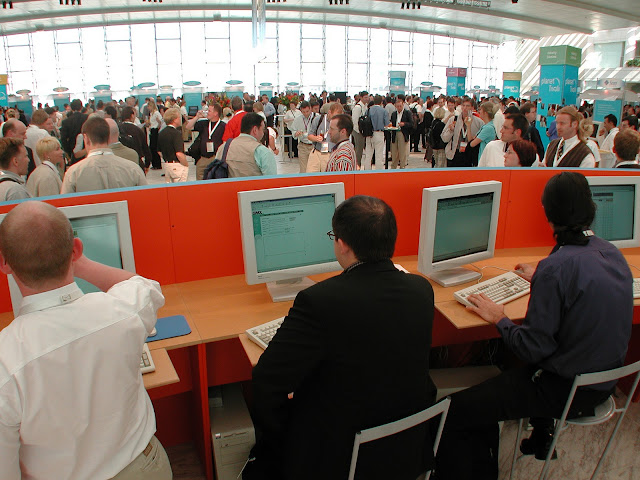 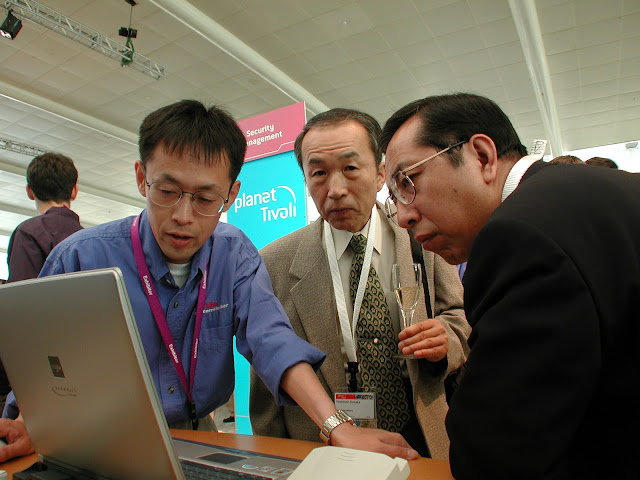 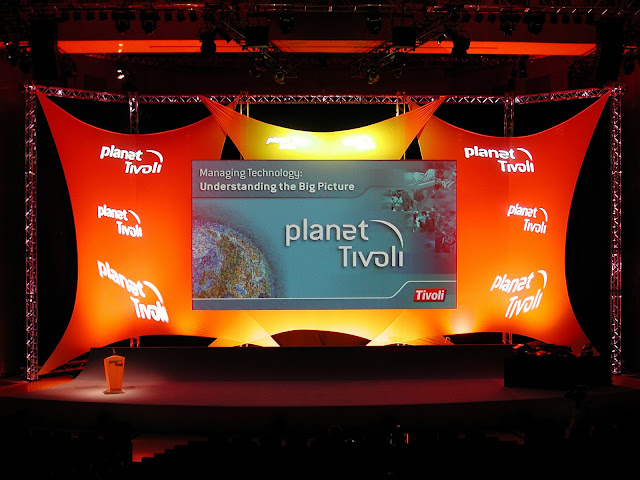 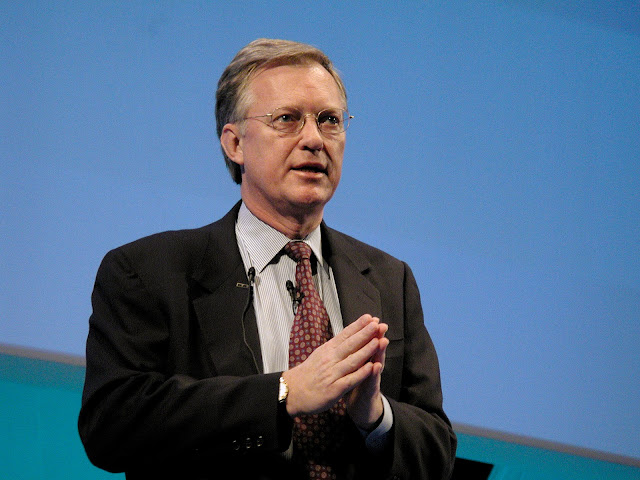 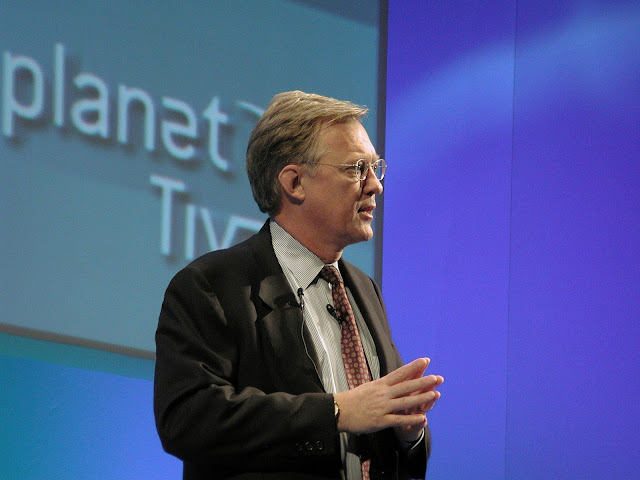 Can you tell what camera I used for these shots without looking at the EXIF data?  Can you tell when they were shot?  Many people think of themselves as early adopters of digital technology because they started shooting with a Nikon D1x or a Canon 30D.  Others consider themselves to be early adopters because they were using a film scanner to bring images into the fold.  I recently looked thru a folder that contained images from my third generation of digital cameras and it actually holds up very well.

Starting back in 1996 we used a FujiFilm DS300 camera for some of our event work.  It was only 1.3 megapixels but I remember pressing it into service on a Motorola shoot.  We were doing all the documentation with 35mm film but we needed to print and deliver 100 11x14 inch prints over night.  They were going to put the prints on a kinetic display that attendees would walk thru on their way to the first meeting, the next day.

My assistant and I did 100 portraits and we tried to limit our shooting to five shots per person because editing was slow going back then.  Few real image management programs were available then and the ones that existed were glacial and prone to crashing.  We had two of the Epson wide carriage printers.  I can't remember the model number but it might have been the 1200.  The old camera and printers did the job.  There was no preview LCD screen on the back of the DS300.  You shot it on faith.  And you definitely used your flash meter.  Just to repeat:  There was no preview screen on the back.  I love the PCMCIA memory cards we used.  And at $600 for 64 megabytes we were careful not to lose them.

The job above was done for Tivoli Systems back in 1998 or 1999, in Madrid.  We were using film cameras for most of the work but the webmasters insisted that we try to capture and send a generous handful of images everyday for a web display.  We also used digital for quick press release images.  Since digital was an afterthought and I would be carrying a bunch of film gear, and film,  I decided to take the brand new Nikon Coolpix 950 along.  I cobbled together a corded hot shoe for flash and I bought both the wide angle and the telephoto attachable accessory lenses for extra width and extra reach.

I shot 800 images with the digital camera over the course of the week and spent my evenings downloading to the brand new Apple Blueberry laptop and burning CD's with a 4x CD burner.  The joy of it all.  At least that camera had an LCD on the back.  And from what I remember it was pretty good, but pretty small.  Amazingly we did a ton of work with that little camera.

But being a very early adopter (Fuji DS300) means finding your own work arounds for everything that pops up.  From computer incompatibilites to card corruptions.  There was very little trouble shooting software for memory cards back then, much less recovery software.  And since about 400 people in the U.S. owned the camera (maybe fewer) there wasn't a big network on the web to consult.  But good technique counted double back then.

A few years later I shot my first website project with a Canon G2 and the food images from that are still great at websize today.

I bring all of this up because I've lived on such a roller coaster over the last year.  I got the Canon 5D2 for its high resolution but most of the images end up on the web or in show productions where 1080i standard is par for the course.  I've recently started working with the Olympus EPL2 which is a consumer camera, one step up from a point and shoot.  People loved the two images I posted from it yesterday.  That camera is cheaper than all of the cameras I mentioned above by a factor of 2 to 5X and yet the images are striking.

Do we buy the new cameras to assure ourselves or because we really need them for work?  I guess we do both.  But if I didn't do this for a living I sure would have thought long and hard about giving up some of the early cameras to upgrade.  The Nikon D200 wasn't much of an actual upgrade over the D100.  The Fuji S5 didn't blow the S2 away and the Olympus e3 sure didn't wallop the e1.  In some regards the user is still more important than the camera.  But so much depends on the intended target for the images.  A Nikon Coolpix 950 against a Nikon D3x for a 20 by 30 inch enlargement is the obvious comparison but below 8x10 inches things look like more and more shades of gray.

Review Notes: I'm working on my EPL2 review but I want to manage your expectations.  If flare rears it's ugly head, I'll talk about it, but I won't go out shooting into the blazing sun looking for it.  Ditto red spots.  I'll slap on a 40mm 1.4 and shoot some high ISO stuff but I won't be doing the DPR thang where I shoot a boring still life set up at every single setting.

I'm shooting the camera and the two lenses they sent along just the way I'd normally shoot a camera and that's what I'm going to talk about.  So far it seems promising.  Takes a day or two to get in the groove.
Posted by Kirk, Photographer/Writer at 14:07 9 comments: