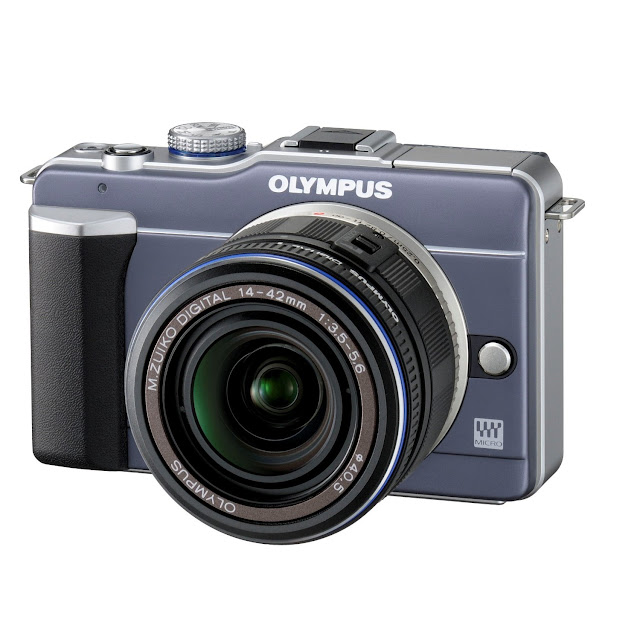 This camera will not fit in the pockets of my tight Italian jeans.  And it might not fit in yours either.  But it's not much larger than the Canon G12 or any number of extended range point and shoot cameras on the market.  And it will fit in a the pocket of my favorite LA Axis sport coat.  Last week I was looking around Amazon with the vague idea of seeing what compact camera I might like to sport about.  Something to take to the opera or out clubbing or whatever it is that all of you profess to do with your "pocket" cameras.  And I came to the conclusion that you either buy a pocket camera or you don't.  And when I think pocket camera I'm thinking (and I think most rational people are thinking....) something like the Canon S95.  Something you really can cram into a pocket and forget about for a while.  I'm not a pocket camera guy.  And I would ask the majority of you.......Isn't that why you have a camera on your iPhone?  My current phone is a Nokia that I got from Cingular (remember them?)  It doesn't do camera.  It barely does phone.....

But if you want something a little stouter, something with a bigger sensor, something with more tools (like a hot shoe) the days of the premier point and shoots, like the G10's and G11's I carried around in years past,  seem temporarily gone.  The LX-5 and the G12 are just the same as the cameras that came before them.  And in the case of the Canon line the S95 uses the same chip and processor as the bigger brother camera so what's really the point?

During my search and coinciding with my sudden interest in the EPL2 I stumbled across the product page for the EPL1 with lens and I was stunned by the price.  You can pick up a camera and zoom lens for around $400.  Less than the companies own recently announced, fixed lens "super" camera and less than the Canon G12 or the Panasonic.  And what do you get when you "settle" for a slightly bigger camera?  Interchangeable lens capability.  A much bigger sensor.  Really nice Jpegs.  The ability to add the best eye level electronic viewfinder on the market and entry into a world of legacy lenses and inexpensive adapters.  For the same price or less.

I can guarantee you'll have better low light performance.  And if you throw my current favorite lens (the Olympus 40mm 1.4 for the original Pen half frame film cameras) or the Panasonic 20m 1.7 on the front of this camera you'll be able to exercise much, much control over depth of field and maybe even that mysterious function called bokeh.

You know why the price has dropped.  Olympus is about to throw the new upgrade on the market.  But the upgrade is little more than the addition of a dial on the back and a few less buttons.  Nearly everything I like in the EPL2 is already on the one.  The sensor is purported to be the same (and the nearly the same as that used on the new e5).  You can use the same VF-2 eye level viewfinder.  It already has the incredible jpegs and the unbeatable blue sky mojo.  So, what does the new camera buy you?  A nicer body design.  A slightly faster interface.  The ability to use the groovy new PenPal.  And......did I mention the nicer body design?

If you were about to pull the trigger on a super compact I'd like to make the point that this represents a great gob of what we've been professing to love about smaller cameras along with features we asked for for nearly ten years and at a selling price that matches some slightly smaller, much slower, much less adaptable, and less handholdable cameras for the exact same price, or less.

I have three little Pens in my bag right now.  The EP2 (the prettiest and slowest), the EPL1 (the cheapest body with the biggest interfacial learning curve) and the EPL2 which is as fast and sharp as the EPL1 but better looking and slightly faster to use.  I'll probably buy the EPL2 because it's a good camera.  I haven't decided yet, though, because when I look at my files I'm not seeing that much on sensor improvement over the EPL1.  I haven't done my high ISO tests yet so some stuff remains to be seen.  But you'll be the second to know.

But I'll tell you this, with cameras this good at this price, I'm not giving much love to the super compact category of fixed zoom lens cameras.  And I'm pretty sure that's a good thing.

Finally,  I shot the EPL2 alongside the Canon 5Dmk2 today.  If you were banking on getting close on high ISO performance you'll need to stop smoking whatever you've been lighting up.  The Canon is still the undisputed champ of low light in my camera bag.  But everyone in the medical practice thought the Olympus was cuter.  I don't have a metric for that.
Posted by Kirk, Photographer/Writer at 19:17 17 comments: