An interesting client perspective. And other observations. 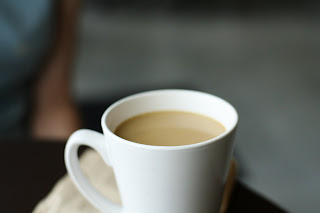 I was riding around in the car today shooting an exterior assignment with a good client.  We've been working on the project since Wednesday and I must say that she's been a real trouper.  We're shooting roadways and landscapes and most days it's already in the 90's when we start, and well into the triple digits when we call it quits.  She's the designer for the annual report and she's got a good eye.  I know she bought a new DSLR last year so I decided to broach a tabu subject and I asked her if she considered shooting the project herself.  She chuckled and explained,  "It always looks easy when you see good people do it but once you try it yourself you realize that it's a lot of work, that practice makes perfect, and that I would end up doing even more work than I am now but for the same amount of money.  If I use you, or someone else who's experienced, I know I'm going to get good pictures to work with and I won't have to spend time reshooting, experimenting and doing all the post production stuff that you do for me."
The overall implication was basically this:  We have a job to do and we might both be able to do each other's job but we have a limited amount of time to do it in and it makes more sense to share the labor.  We each do what we're best at.  At the end of any given year I'm going to guess that we'll each end up making about the same amount of money.  Me in profit and she in salary and benefits.  If she adds my job to her existing workload  she might have fun at first but she'd quickly be dealing with a much increased stack of stuff, some that are currently outside her professional comfort zone.  Finally she told me that she liked the way I did skies.  She likes the blue I get.  Sounds good to me. 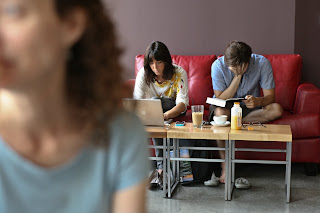 But this put me in the mindset of thinking about my work and how I add value to projects.  It's good to understand your REAL value proposition, not the one you'd like to believe in.  I've always been a "word guy."  I love to write.  I love to tell stories.  To tell the truth I've always had to work harder than most to create photographs that people like.  And my many critics on the web are quick to point out that they don't find my work "exciting."  My friends and families are quick to tell me that my work is good but I always pushed back.  Then I had coffee with a friend named Frank and as we talked I came to understand (again) that a photo is about so much more than composition and lighting and the technical art stuff. As I talked to him, and later to my friend Andy, I came to understand that the thing they liked about my work was the way people looked in my photographs.  They valued the things that I didn't think about.  I am always too busy worrying about getting the good light, and trendy styling, and good technique but what they were responding to were the expressions on peoples' faces,  the look in their eyes, their attitude, their affect.  Andy and Frank's points of view about my talent had more to do with my selection and handling of models and portrait subjects than about technical stuff.  And that opened my eyes to the idea that photographic talent could be much more than finding just the right "super angle" and just the right glittering light and it could well be that story telling was an equally valuable component that I minimized specifically because I could do it pretty well.
And thinking now about the photographic engagement I see it differently.  I know that what I'm trying to encapsulate in one still photo is a narrative or story about the subject.  I want to show images that look as if the subject is deeply attentive and invested and I moved away from the camera and you moved in and shared my point of view.  You joined us in the middle of the sitter's story and you can hardly wait for what comes next.
The benefit of your talent being about the process and the content instead of the design and the stylish nuance is that you are not captive to trends, styles and glitter.  If you can tell a good story you can create a good portrait.  And essentially, isn't that what all really captivating portrait photographers reach for?  Isn't that why we look at Annie Leibovitz's classic portrait work?  Aren't we trying to divine the story behind the image?  But when we look at a cliched,  highly stylized photo of another model jumping or leaping and the lighting is "oh so obvious..." aren't we looking at "See Jane run.  See Dick run."? But done with gold leaf on the edges of the deckled page.....? And when we look at an Avedon photo of a model at a sidewalk cafe in Rome in 1952 with street kids in the background aren't we sitting down with an amazing book, dying to know what's on the next page? 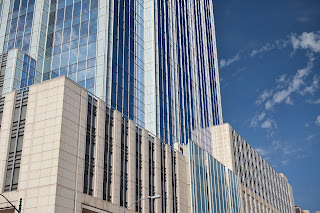 And I loved that sentiment.  It's the same as the man who buys the same bike as Lance Armstrong, hoping to ride at the same level with a few hours of practice over the weekend.  Or the person who takes up the violin and buys a Stradivarius in hopes that it will take the place of talent.

I love to hear those stories but it always brings me back to the idea of talent.  I believe that it's innate and easy or that you can work hard and try to get close to what the talented people can do with the flick of a wrist and a quick squint through the viewfinder.  And I'm one of those without a drop of native talent for visualizing. (Back to that!!!)

So, I was kicking on a kickboard in the pool today and I was talking to Jane about creating art.  During our quick conversation she helped me with a new perspective.  The idea was that everyone, either through hard work or native talent, or both can be an artist.  We can all do it.  We may come to it in different ways but we all have the potential to creatively express our own vision.  But the bottom line is that most people allow themselves to get boxed into conventional lives and don't have the courage to try and live outside the box.  Or to create outside homogenized parameters.  They fear the trade off of possibly having to deal with defeat, censure and failure time and again.  And having to "eat only what you kill" by the skill of your brain.  And only that creative side of your brain.  So they choose security and assurance instead of a life in art.  And by dint of just showing up and doing the process you are providing a set of ingredients that trumps talent.  You've shown up.  You've done the work. You've battled the demons that tell you that you'll never make it.  The ones that tease you with the idea that the money will always elude you even in the face of evidence to the contrary.  And the people at large respond to the fact that you've conquered that fear and done something they really fear to do.  To step into the box of creating for themselves and making it work, without instructions.  Or a safety net.  Real skin in the real game.

It sounded lofty as we talked about it and kicked through the cool water as the white hot sun peeked over the tree line and sent a laser beam of energy glancing off the lane lines and bouncing off the lenses of our goggles.  And for a few hundred yards I was convinced that I was an artist because I'd had the courage to step off the farm and go into the woods in search of images only I could make.  The hell with the wolves....

But by the end of workout, as I got on my bike and headed back home, I realized that I'd already slid back to that place that says,  "Yes, this could be an art.  But it's also a business and we have to please the client..."  So you can see that I slide from dilemma to dilemma and realization to realization.  It's an examination of life that I'm sure we all mull everyday.  And in the end we die with it unanswered.  Because there really isn't a right answer or a definitive calculus that defines what we SHOULD be doing and what we SHOULD value.  But we never stop looking.  And we never stop longing.
Posted by Kirk, Photographer/Writer at 17:53 8 comments: 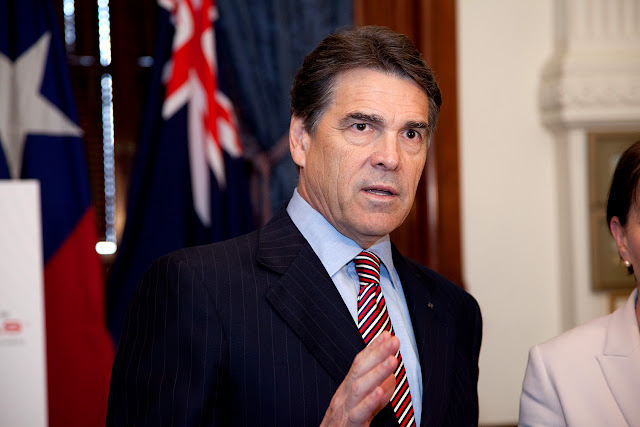 
This photo is probably the last one I'll be able to make of Rick Perry before he's surrounded by secret service people and becomes unapproachable by everyday photographers like me.  Funny enough, this was totally "Strobist Style" shooting.  David Hobby would have been proud.  I posted this image again today because when I posted it before I ended that blog with the question: "So, is Rick Perry running for president?"  Now we all have the definitive answer.

Of course my question now is:  "If Rick Perry gets elected president can I please be the official White House Photographer?"  I swear I'd have a rockin good time.....  His staff knows where to find me.

In order to keep the blog more politically neutral I am closing the thread to new comments and hiding the ones that are already there.  Thanks.  Let's stay on photography.
Posted by Kirk, Photographer/Writer at 14:14