Taking career advice from the graffiti on a bridge. 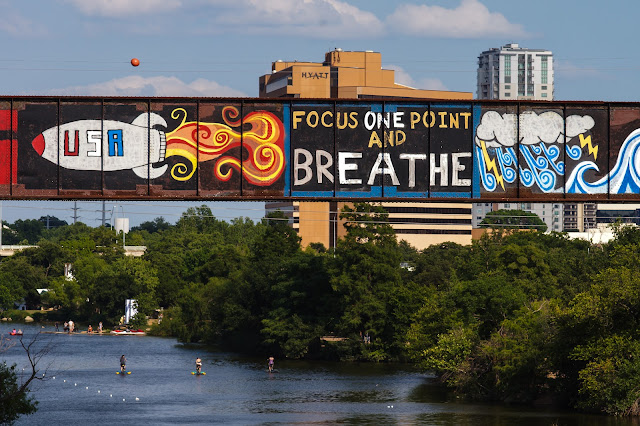 Do you ever find yourself pulled in too many directions at once? I've got so many balls in the air I feel like I'm juggling while I'm asleep.  Sometimes it's good to just go for a walk.  As I walked over the Pfluger Pedestrian bridge that unites south and north Austin I looked east to the old railroad bridge for the thousandth time.  This time it made sense to me.  Focus on one point and BREATHE.


As if to underline the advice I looked out over the expanse of Lady Bird Lake (which is also the Colorado River running through the middle of Austin) I saw literally hundreds and hundreds of people out paddle boarding or kayaking.  They weren't in a rush.  They weren't worried about market share or ROI they were just soaking up the sun, watching the other beautiful people around them and ....relaxing.

Sometimes you need a reminder that there might be more things under the sky than compulsively working or even compulsively photographing.  I need to put my work life on a diet.

Posted by Kirk, Photographer/Writer at 20:30 10 comments: 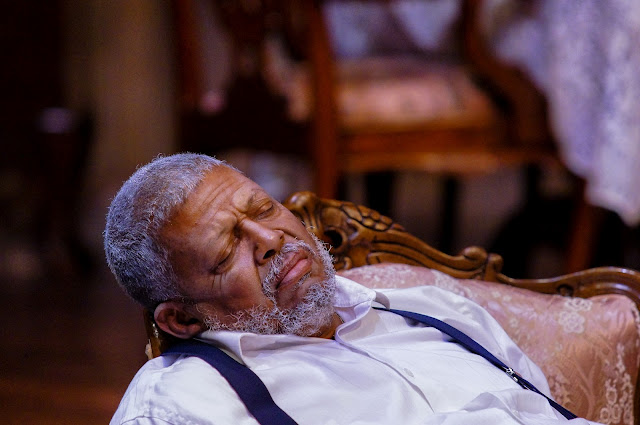 I love shooting in the theater when the light is sweet and the plays are interesting.  I bought a Sony a57 just for shooting in low light.  When I shoot it at 3200 the files look great at normal sizes.  When I look at 100% I see some noise reduction smoothing at play.  I had the camera set to "standard" noise reduction and shot Jpeg last Tuesday, at a dress rehearsal of Dividing the Estate.


I was using the Sony 70-200mm 2.8 G lens and I liked what I got.  I might shoot raw the next time around just so I can try some other styles of noise reduction.  The new version of Lightroom (4.1) seems to have well thought out noise reduction.  I never seem to mind fine, monochromatic noise, it's only the splotchy color noise that I don't like.  I noticed that the ISO 1600 shots I'd done with the a77 camera on the same evening cleaned up well.  I shot them in raw.

I'm getting more and more comfortable with the EVF in the a57.  I know it will nail the exposures and I'm getting a handle on the qualitative differences between the contrast on screen and the contrast in real life.  While the EVF is not as good as the one in the a77 it's acceptable.  And the nice part of the compromise is that even the raw files from the a57 are easier to handle than those from the a77.  Post processing 1,000 images from three cameras shows you just how much more time nearly doubling the shooting file size takes on the backend. 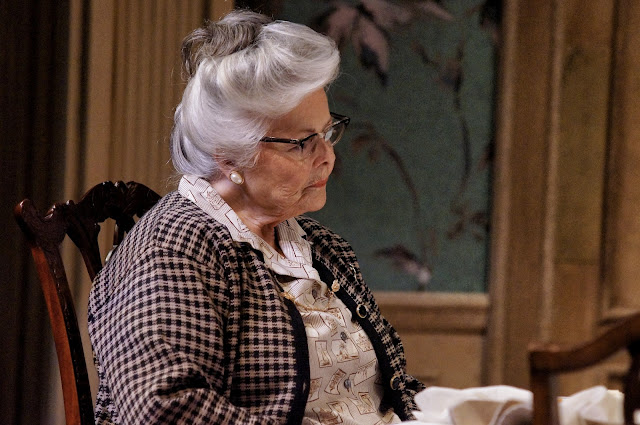 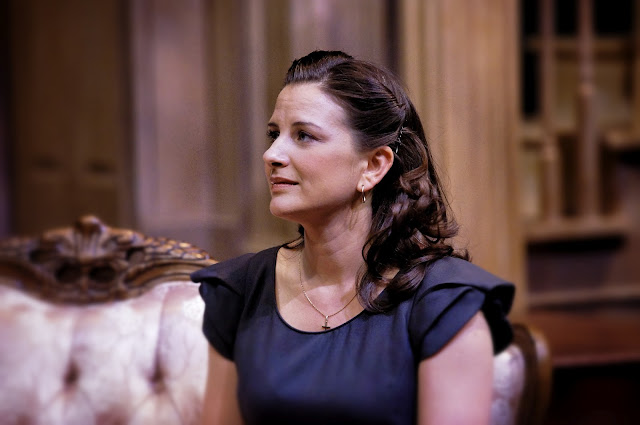 Posted by Kirk, Photographer/Writer at 19:13 5 comments:

Panasonic G3 meets a lens from another time. 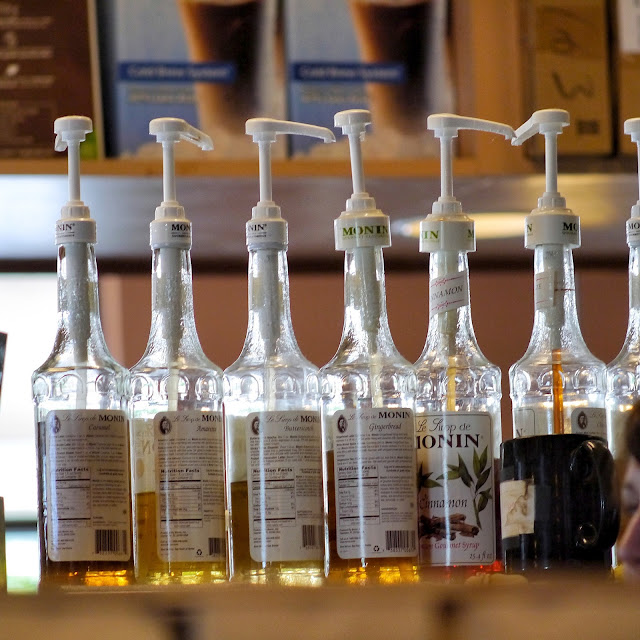 I shot it with an odd combination of gear that most would hardly expect to render anything technically decent.  Let's start with the lens.  I'd brought along a 150mm f4 Pen F lens that was built around 1970.  It works on the micro four thirds cameras with an adapter.  The lens is all metal, the focusing is smoother than marbles in Vaseline and the aperture ring is so well damped it suggests clicks instead of pronouncing them.  But it's over forty years old.  We've all been subjected to marketing messages that try to tell us that only with the latest supercomputers have any lenses been designed that have value....  Tell that to Zeiss and Leica and Olympus.  They've been making keepers for a long, long time.

On a micro four thirds camera this lens gives one the same field of view as a 300mm lens on a 24 by 36mm framed camera.  That means there's a lot of magnification going on.  I'm not the steadiest shooter; I presume that most habitual coffee drinkers aren't either.  So I'm not sure why I ended up shooting with this lens handheld.

I brought it along with me when I met my friend, Frank, for coffee at Trianon Coffee House last Tuesday.  He's a big fan of the new OM-D and I wanted to show this relic to him because Olympus's first small frame camera system was an ancestor of his new camera system.  I'd been thinking about the excitement concerning the announcement introducing the new Olympus 75mm 1.8 lens and I have owned and used the older 70mm lens, designed for the Pen f system for many years.  My 70mm lens is a f2.0 and it's slightly shorter so I question why Olympus had to make their new lens so much bigger.  I think their roadmap forward is largely a reflection of the previous lens line.  I can feel a 60mm 1.4 coming up soon, as well as a 100mm f3.5 macro and maybe a few 38mm f1.4's.

But the whine on the forums is about the lack of longer lenses.  And I wanted to show Frank the 150mm because I'm sure that we'll soon get an upgraded version for the m4:3 cameras.  I had no real intention of shooting anything.

I brought the lens along glomped onto front of my Lumix G3.  It's a from a camera family that seems stained by the idea that their jpeg files are substandard.  Color impaired.  Bad DR.

At some point I turned around and handheld the camera and lens and shot the image above while seated at the table.  The camera was set at ISO 1600.  Standard Jpeg.  The lens was wide open at f4.0.  There's no image stabilization anywhere in the system or, for that matter, anywhere in my system either.  But I was able to hold this long lens (the same magnification as a 300mm lens on a Canon 5Dmk3) and lens steady enough to get an image in which I can see small type clearly rendered from 30 feet away.  Amazing.

There's only one reasonable explanation:  Clean living.  Because it can't possibly be the gear... 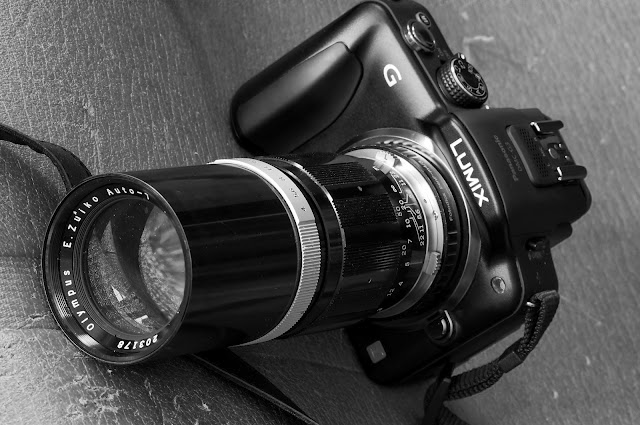 Posted by Kirk, Photographer/Writer at 15:21 21 comments: