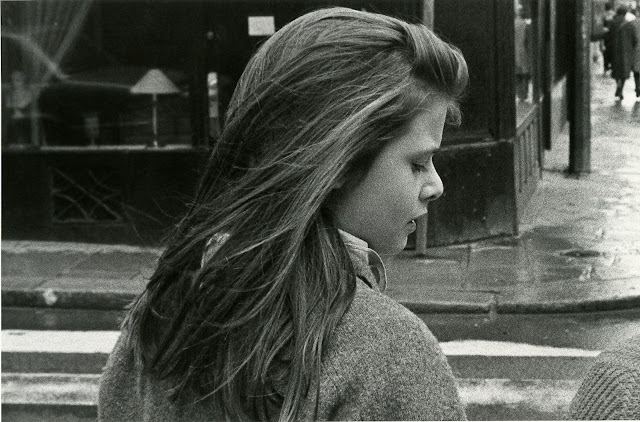 This morning I wrote a post about whether or not photographs need context to be relevant. While I seem to have a combative writing style (I thinks it's just emphatic...)  I wasn't trying to be particularly defensive about my photographs, only the defense of my position that they don't need captions/context. In the course of the ensuing commentary I came to grudgingly see both sides of the argument. BUT in truth I really enjoyed the process because it made me think about something I generally have always taken for granted and that is the idea that photographs exist and are consumed as stand alone objects.  And that when working outside the structure of journalism that captions don't add critical weight. Now I am more carefully considering the benefits of captioning and contextual embellishment.

Some readers more or less jumped to my "defense" while others were quite objective and stood solidly in neutral ground. I enjoyed the whole exercise because we were engaged in actually talking about the art of photography instead of the gear or the business.

When you talk about gear you can go at it from two distinct viewpoints. You can talk about how the gear feels in your hands and how you react to the physicality of the design and the mentality of the user interface, or you can put the machine into the arms of other machines and derive some sort of vaguely objective measure aimed at giving you a series of numbers so that you can graph the relative attributes of the camera in question, via their number scores and come to some aggregated understanding of the camera's potential performance.

No matter which path you take you discover two things: 1. That any preference based on emotional acceptance or "feel" is so subjective that a large portion will hate the very parameters you love, and vice versa.  And, 2. That no matter what you measure when you aggregate all the numerical data points some outweigh others in relative merit based on the tasks in front of the camera while other seem altogether useless to one set of users and critical to others.

Fighting and teeth gnashing always seems to ensue, the owners of the numerically triumphant cameras trumpeting their victory over the cameras of the lesser kingdoms, while the legions of "defeated" camera owners talk about the obviously overlooked faults of the victor and the even more obviously overlooked, nearly magical attributes of the maligned cameras.

As an example: For me the Nikon D3200 is a highly usable, high resolution camera at a very affordable (paradigm shifting?) price point. To fans of HDR the camera is poisonously unusable because it lacks the most critical feature: auto bracketing.

When we talk about art though it seems that we're all on more even ground.  We may like or dislike a piece or a style but we can still talk about it in more interesting ways because of the art's wholesale subjective nature. There are no machines that measure the validity of a piece or the paucity of its contribution.  And if we make cogent arguments they can be used to expand understanding instead of contracting understanding and dividing it (demolishing it) between two warring camps.

Now, does anyone want to take a crack at explaining to me the value (beyond the tasteful enhancement of tonal range)  in obvious HDR photography?

I know a lot of photographers who meet for coffee and end up talking about gear.  Wouldn't it be cool if we each brought a work or book of a photographer we liked and made our discussion over coffee about the merit of the work?   More seemly, I think, to have a smackdown over Avedon versus Helmet Newton than Canon versus Nikon...

Does a photograph have to "be about something" to be valid? 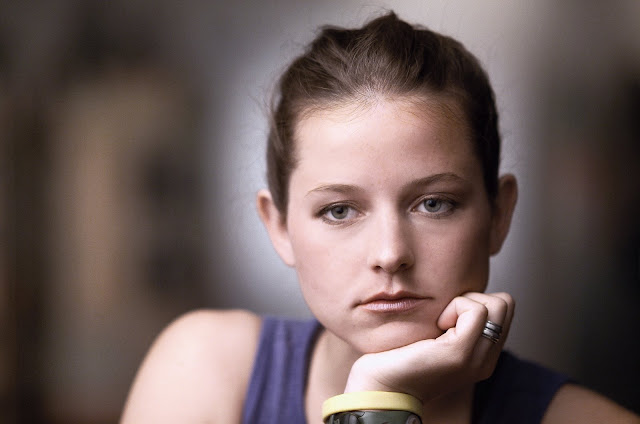 This photograph is currently without context or validity. Or even a caption. But I like the way it looks because it speaks to me of quiet isolation and melancholy. In fact, it was a quiet moment in a light hearted shoot. Context is a capricious bitch.

I recently posted an image of an older man, surrounded by other people, at the Vatican in Rome. The photograph is part of a disconnected series of images I took in and around the front of the building on a rainy day. I don't know who the man is or why he was there. I just liked the look and feel of the moment and decided to take the photograph. In retrospect I could supply all kinds of pseudo-psychological rationales for taking and printing that particular shot. But I doubt that any of the reasons that I can think up now would have been in play at the time.

I posted the image in part to thank a reader for some kind comments he made earlier on his own blog.  I didn't think anything more about the photo or the blog entry until I reviewed a comment left by Kenneth Tanaka who called into question the value of posting a photograph cast adrift from any sort of context.  Here's exactly what he asked:

This is an excellent example of a competently-captured photograph that becomes lost without context. Who is this man? Who are the faceless people greeting him? Why is the reported location significant? It's Exhibit A in the thesis that photographs, in fact, do not really tell stories in the absence of language or richer context. Eh?

While I'm fairly sure that Kenneth's question was genuine I was a bit taken aback. I don't mind a serious critique of any image but it seemed as though he was saying that a photograph must have some sort of context in order to be valid or to have a reason for its existence.  In short, that all images must be contextual, informed and substantiated in order to have any relevance whatsoever to the engaged practice of photography.

In my mind one of the traditions of photography, and especially street or documentary photography is about capturing life in the moment and sharing it. We make images of things that ping our subconscious and try to share the jolt or micro jolt of curiosity that caused us to point our lens at a stranger and make the photograph in the first place.

Ken implies, by way of his question and a later follow up comment, that without a overarching context, and perhaps the support of other faces turned toward camera that images like the one in question "do not really tell stories in the absence of language or richer context." His statement seems to imply that images without context have no value or ability to connect with viewers.

I'm still trying to process exactly what Kenneth's rhetorical intentions are and in the process I went to a site he's produced of his own photographs and read his own manifesto/statement of support for his own work.  It goes like this:

"I am most interested in the challenge of discovering and capturing the ephemeral beauty, incongruities, discontinuities, ambiguities, and humor in the everyday world. This, to me, is what the determined, observant and patient camera is uniquely able to do. "

(I added the bold type face for emphasis--Kirk)

And here is a random sample of his work from his site:

I guess what I am trying to come to grips with is just what is different, contextually, between the image I put in the original post and many of the images that Kenneth has shared.  And, in a larger sense, whether all images without written stories or journalistic captions, and without instantly recognizable celebrities are less valuable and less accessible without some context.

In many ways the history of photography as art is the history of discarded or non-existent context. The shot of your child may have relevance to you but in the ocean of images on the web it's hardly more than a disconnected document of another human.

To focus solely on the back story of the human face within the map of my entire frame dismisses the other elements of the frame which may have equal relevance to the viewer. In fact, much modern art outside of photography is concerned with tone, shape, color and even the surface topology of the art (minimalist painting?).  Why is it that photography must hew to a higher test that the other arts by making every image dependent on and wedded to its context?

What if, subconsciously, I was drawn to  make the image because I liked the out of focus rendering of the man's hat in the left hand side of the frame, or the repeating pattern of the columns.....? 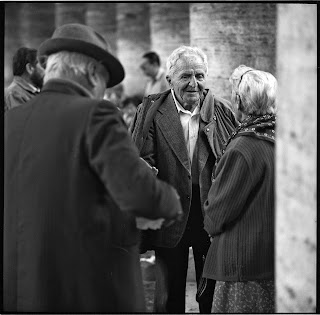